"This is a Call!"
Greetings once again and welcome to another edition of "blog" by "Headcase Games!" Not so unusually, I have taken it upon myself to shake things up slightly around here with a new banner and a new feature announcement, as well, so without further adieu I present to you: 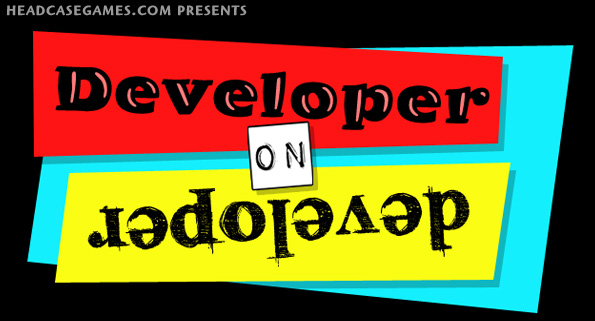 That's right! Periodically within this journal, we will take a look at other independent developers, short-form interview-style (focusing on, but not strictly limited to the mobile gaming scene). In the past few years of this operation I've made some wonderful contacts, and it's a very exciting time to pick some of their brains and see how things are going from their POV in the different aspects of development. Likewise it's very interesting to see what people's opinions are of what's going on in the gaming scene lately, both micro and macro.

So! I will be hitting up folks for some dev-on-dev action in the near future. If I do not know you and you'd like to participate, please drop me a line. I've a long-running blog with a decent readership, and this is an excellent way to connect with others in the scene as well as get a little focus on your own products. Don't be shy!

And now, on to the rest of the news:

180 - well, we've just passed our 1-month milestone since Android release. It seems like it's been out a lot longer for some reason :) Anyway, the game is doing alright, as usual there are good and bad things to report. It's still quite early to tell the ultimate result of this particular project, but at this point I am happy with the numbers we've got downloaded (>100 for the $1.99 paid version, >12,000 for the free ad-supported version). By comparison, a year ago we got about 600 or 700 downloads of our paid iPhone version to sell nearly immediately, and our free version (labeled as such) without any ad-support never really moved many units at all, or with any real traction.

The bad side of it is that despite some very nice "launch speed," our download rate has dropped off dramatically. It's still very difficult to compare due to lack of DL data for the first few weeks (a glitch in the system, not our fault) but where we used to get thousands of Android DLs/day, we now are lucky to barely break 100. If this persists it won't be too bad, but if it slows down (as I'd expect it to) then it is not a good sign as it means the app hasn't got "legs" such as it is, and word of mouth is not properly propelling it. Our active install percentage is dropping by degrees (it seems 1 in 2 downloaders delete the app) which means that many people probably are not playing it more than momentarily. This speaks to the "old school" design of the game, which just throws you into the action and expects you to catch-up - it seems many gamers want to have their hands held with clearly-defined goals and constant immediate gratification even if they play badly. That's my off-the-cuff assumption anyway. Still, I appreciate our game for what it is, rather than what it is not, and I still think it is resonating properly with enough people who "get it" that I won't say we were wrong for designing it the way we did.

As an addendum, we are preparing to develop the casual mode update shortly, which might be more digestable for today's mobile gamer, and serve as more of a draw overall. I still haven't touched it since before last I wrote, but hopefully we can turn it around in short order depending on what life will allow.

The good news, on the other hand, is that something pretty fancy is happening with 180 and I am very happy about it. In some ways it's really the best thing that's happened to HCG since this development's inception. I am not at liberty to talk about it for the time being, but unlike many other "positive prospects" previously mentioned in this blog's history, this one has finally moved past a threshold where things are actually in motion and I don't have to sweat it as much anymore. It really is a relief and I am keeping a sharp eye on what's next with that development, and I'll be sure to spill the beans in this journal as soon as I am able.

Trapdoor - unsurprisingly, things are still in a serious holding pattern for this project. There is some preproduction work moving, but the proof-of-concept is what really needs to get into motion, so hopefully this can move forward soon. I've recently decided to to with upgrading this from "release it as simply as possible" to "inject some honest-to-goodness character in it, therefore making it more marketable." It will likely extend the already-overdue production schedule of the project, but it would be nice to make this a game where there's a chance people might actually want to DL it to :) I must reiterate that though the gameplay will be quite old-school and light, it will still be fun and worthy of the HCG brand name.

Biz Dev - well, really only one thing to say in this regard:

That's right! Holy cow, E3 is nearly upon us, it's just few short weeks away. As I live merely a few subway stops away from the convention center, it shouldn't be much of a surprise that I will be in attendance. E3 is a lot of fun but especially for us indies, it's all about the business: be sure to drop me a line if you are a member of the media, another developer, or even a fan of our games and we can make a plan to meet up during the show. It's my goal to talk to as many people as possible, so once again "don't be shy." I've certainly got a lot to say about my present projects and future plans..

That will wrap up today's post, and just in time too because I have a ton of work to do! As usual, HCG needs your help - please watch & spread our "Hipster Game Development Blues" video And be sure to grab our game as well! 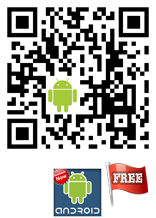 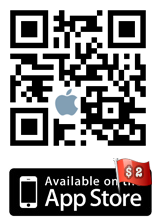