Hell Ain’t Gonna Raise Itself: Story Behind the Makers of Rising Hell

After a long wait and improvements here and there, Rising Hell is finally out on Steam Early Access! As much as we’re happy to receive lots of comments about the game, we would also like to introduce the people behind the game (aka the developers).
Lasheli Dwitri Witjaksana
Blogger
December 02, 2019

After a long wait and improvements here and there, Rising Hell is finally out on Steam Early Access! We are happy to receive so much feedback from all of you.

As much as we’re happy to receive lots of comments about the game, we would also like to introduce the people behind the game (aka the developers), because they deserve to get lots of love as well after their endless days of hard work in these past two years to make their biggest, most ambitious project come true! Let’s get up close and personal with them, shall we? 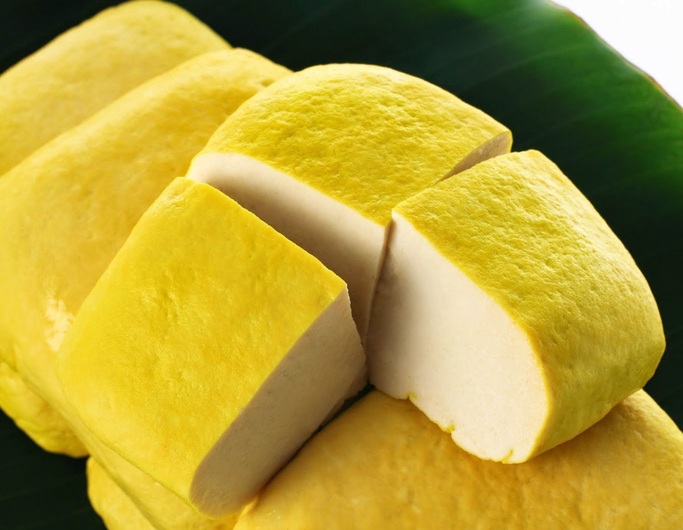 Why tahoe? It’s because the studio is located in one of the major tofu producers in East JavaÂÂ  — Kediri. It is a small town, and the studio’s vision is to make their hometown known by all people, nationally and globally, through their works.

Tahoe Games was formally established in November 2015, consisted only of 4 members, all related by blood: Robertus (founder & programmer), Hermawan Andika (co-founder and programmer), Utong Akbar (artist), and Rizal Catur (composer). Kriswin Yuniar and Budhi Luhur then came aboard in mid-2016. 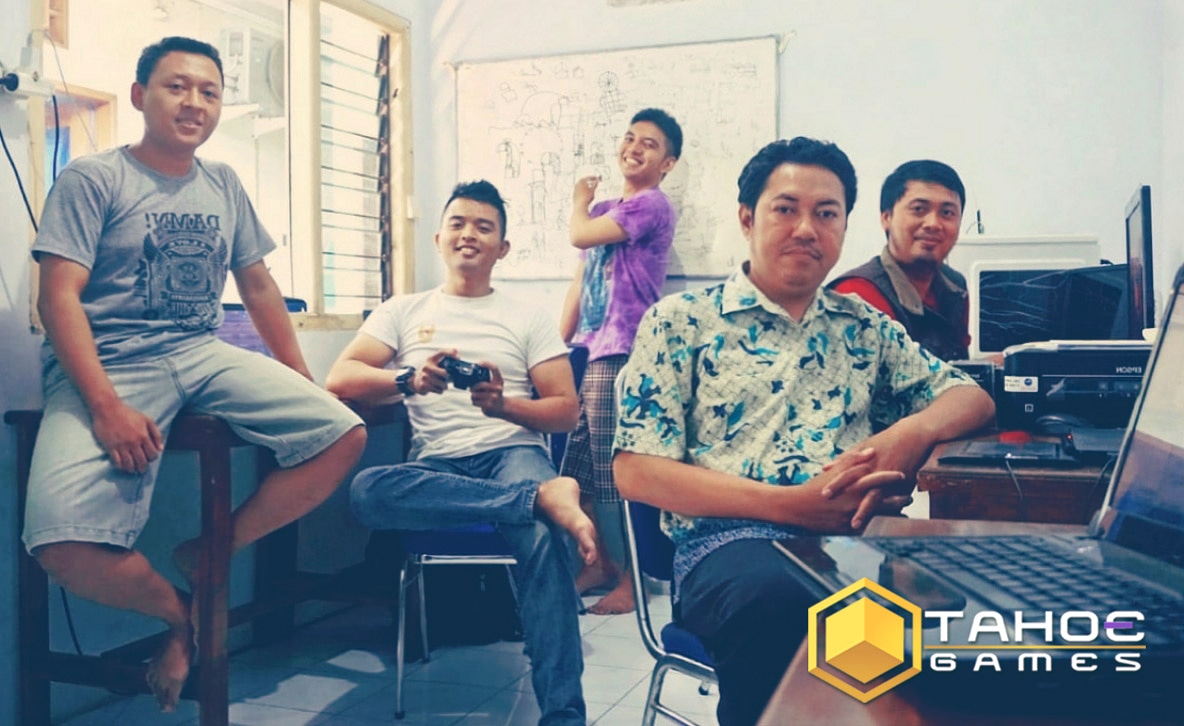 The Idea Behind Rising Hell

Rising Hell was born during a local game jam back in 2016. At that time, Kriswin, Budhi, and Robertus wanted to make a game inspired by Downwell. “The game’s gameplay and graphics are simple, but it is really well-designed and left people with a lasting impression,” the team said, “we want our studio to be able to produce games that have all those elements.” Thus, in the initial development of Rising Hell (titled Hellbreaker at that time), the graphics and game mechanics are relatively simple. Plus, as it was planned to be released on mobile, there’s only jumping (yes, no attacking) included in the gameplay. 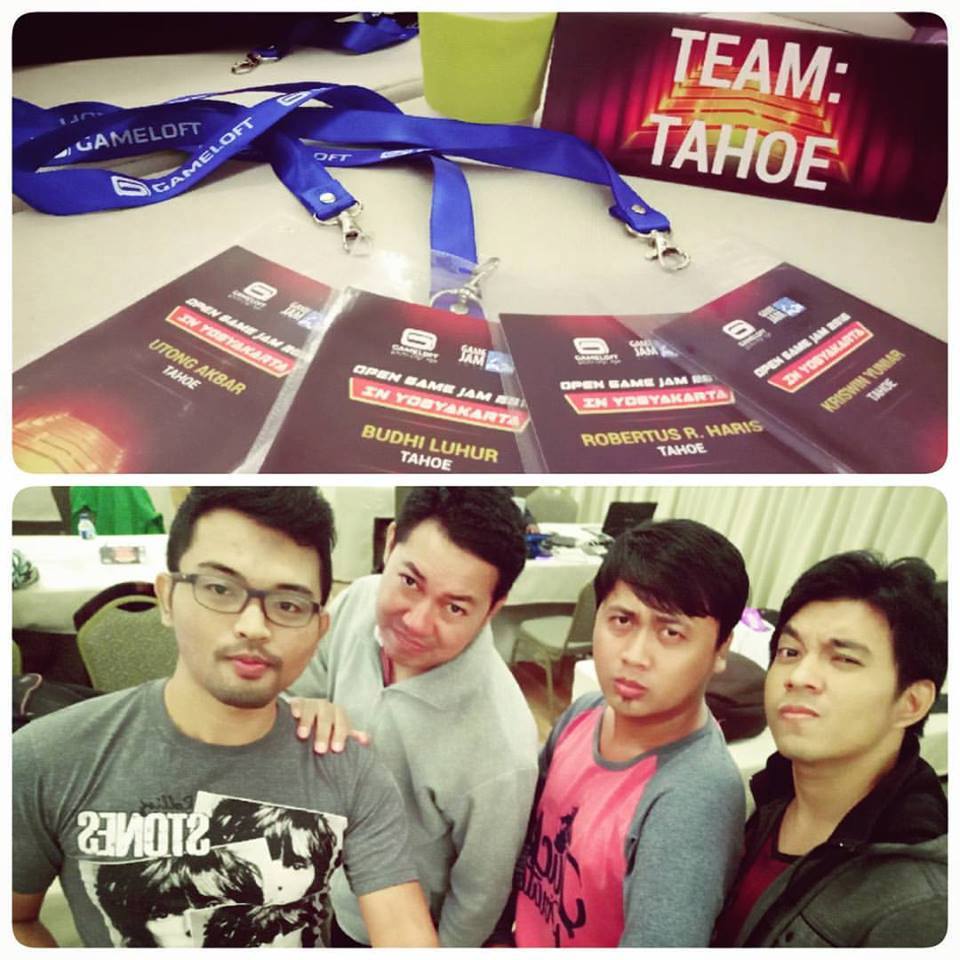 After the 48-hour game jam ended, Rising Hell’s development continues in mid-February, 2017. Three months later, Tahoe Games then started to cooperate with Toge Productions for publishing matters. “Since then, the quality of the game improves considerably compared to the first game jam prototype — not only graphics-wise but also game design and gameplay mechanics-wise,” Kriswin added. They also switched the game engine from Construct 2 to Unity. 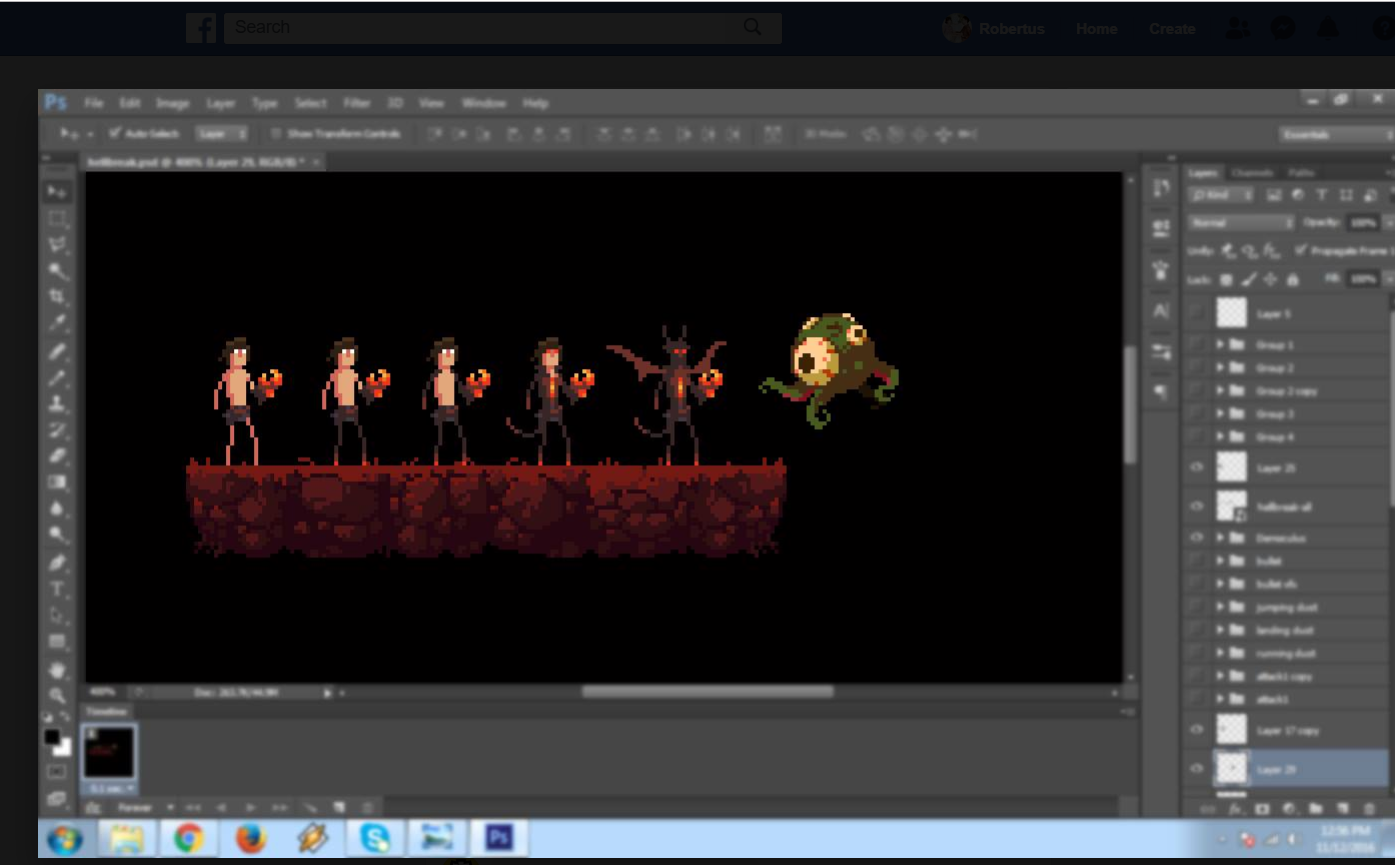 No Gamedev Experience? They Can Manage!

Could we create something even without experience? It might sound cliché, but with passion and perseverance, the answer is yes!

Rising Hell was created by people who had no background in the game development industry — at all. The only programmer in the team, Robertus, was previously a logistics company employee. He decided to quit his job and pursue his passion to become a game developer. The music composer and sound designer, Budhi, previously worked as a tutor. He chose to work as a sound engineer and composer in project Rising Hell despite never learned how to play any single instrument. He made many mistakes at first, but look (or hear) his gothic metal masterpiece in the game now! 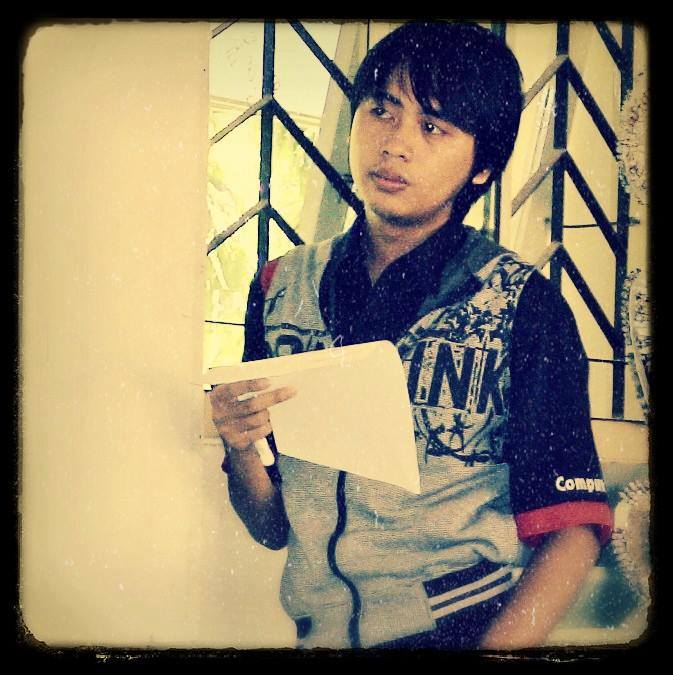 Joined in approximately the same time with Budhi, Kriswin was once a convenience store clerk, who also sold chips and other snacks at a bus terminal for a living. Now he is able to channel his inner artist in this project. Lastly, Utong, who helped Kriswin a lot in animating game assets, previously worked as a security guard. All the crew’s past experiences might not be related to game development, yet they are united in their love for video games. 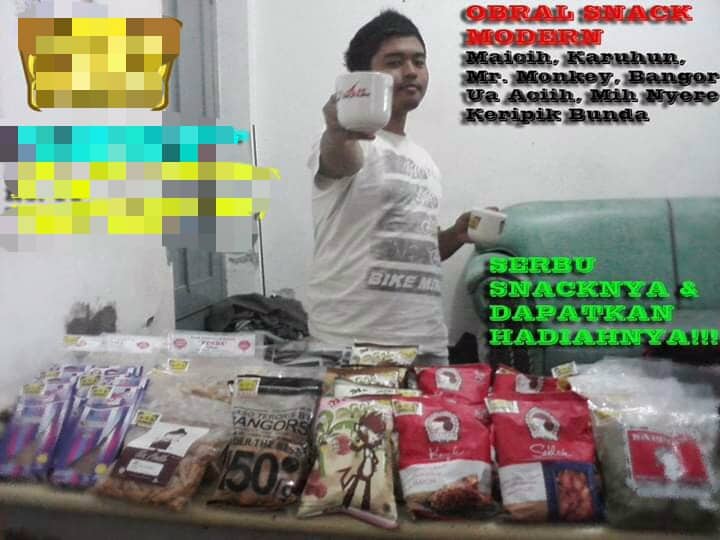 Facing, not Escaping the ‘Hell’

“As an indie, of course, Tahoe Games have limited funds,” Robertus said, “aside from keeping project Rising Hell alive, we also have to consider everyone’s welfare, considering 3 out of 5 members already have to provide for their children and wife.” To tackle that issue, members of Tahoe Games also work on game outsourcing projects on a daily basis. It sounds super tiring, I know. However, they don’t want to give up. “We realize that we have to be realistic and continue doing what we need to do to keep the studio running,” Kriswin added.

There are a lot of challenges while developing Rising Hell. At the beginning of development, Robertus’ dad fell ill. Needing constant care due to chemotherapy treatment, Robertus have to work on the project remotely while taking care of his father for months. Robertus himself suffers from ankylosing spondylitis, a condition of spinal inflammation that could lead to chronic pain and discomfort if he sits down for too long — especially when working on the game.

Another storm came in August 2019. Kriswin heard news that his father, diagnosed with diabetes, was unable to move his legs and requires surgery. He immediately rushed to his father’s hometown, making it his turn to work remotely while caring for a family member. 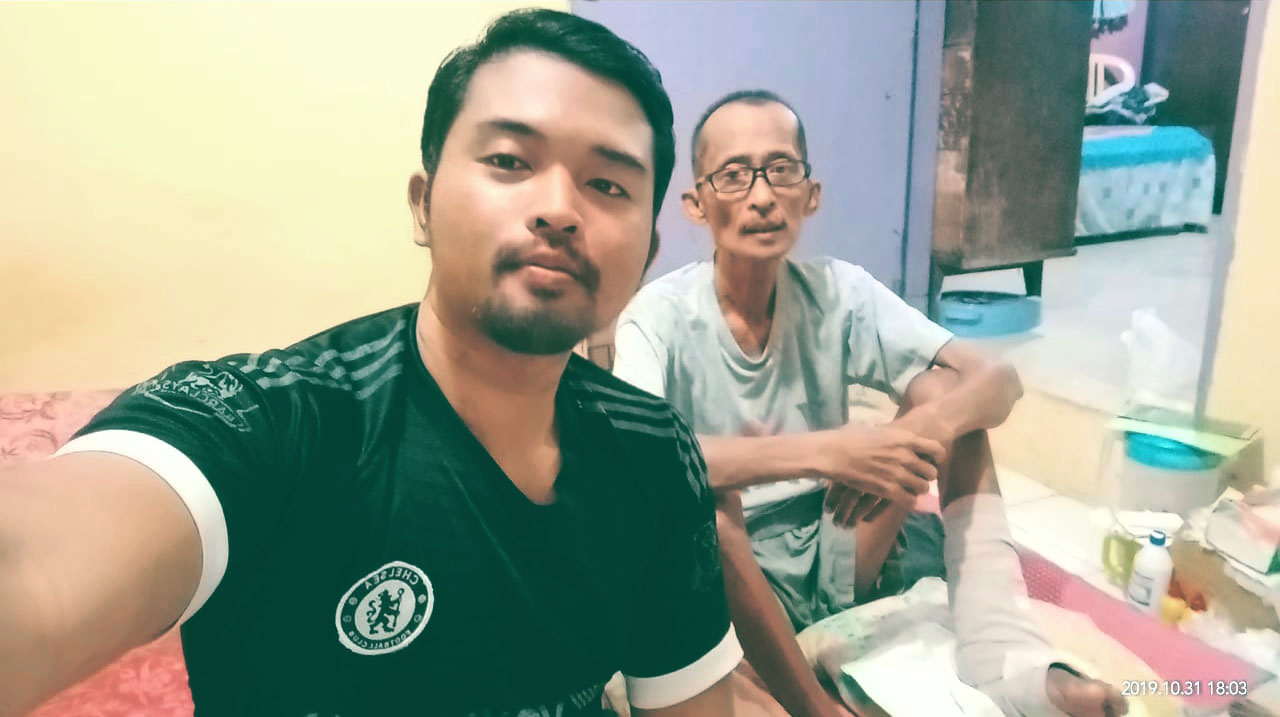 “This condition certainly stresses me out,” Kriswin told us, “but I know the others are having a hard time as well, especially Robertus, who’s always consistent on finishing his work and updating the build every week.” Then, while giving us a smile, he said to us that he feels lucky to be part of a team in which the members are really supportive of each other. “I guess it’s a perk of having a small member. We have a strong sense of kinship here,” he added.

Life Goes On, So Does the Game

The team told us even with all the hardship, positive responses from friends and people on the internet about Rising Hell fueled them to keep going. The fact that Rising Hell is also starting to get recognition from the international game development community, and got to be showcased in events overseas such as Bitsummit 2018 and Busan Indie Connect Festival 2018, boost their morale significantly — not to mention that Goichi Suda (Grasshopper Manufacture Inc.) visited the booth during Bitsummit 2018 and Justin Woodward was super excited with the game when he got to curate it in the MIX Asian Game Showcase 2018. 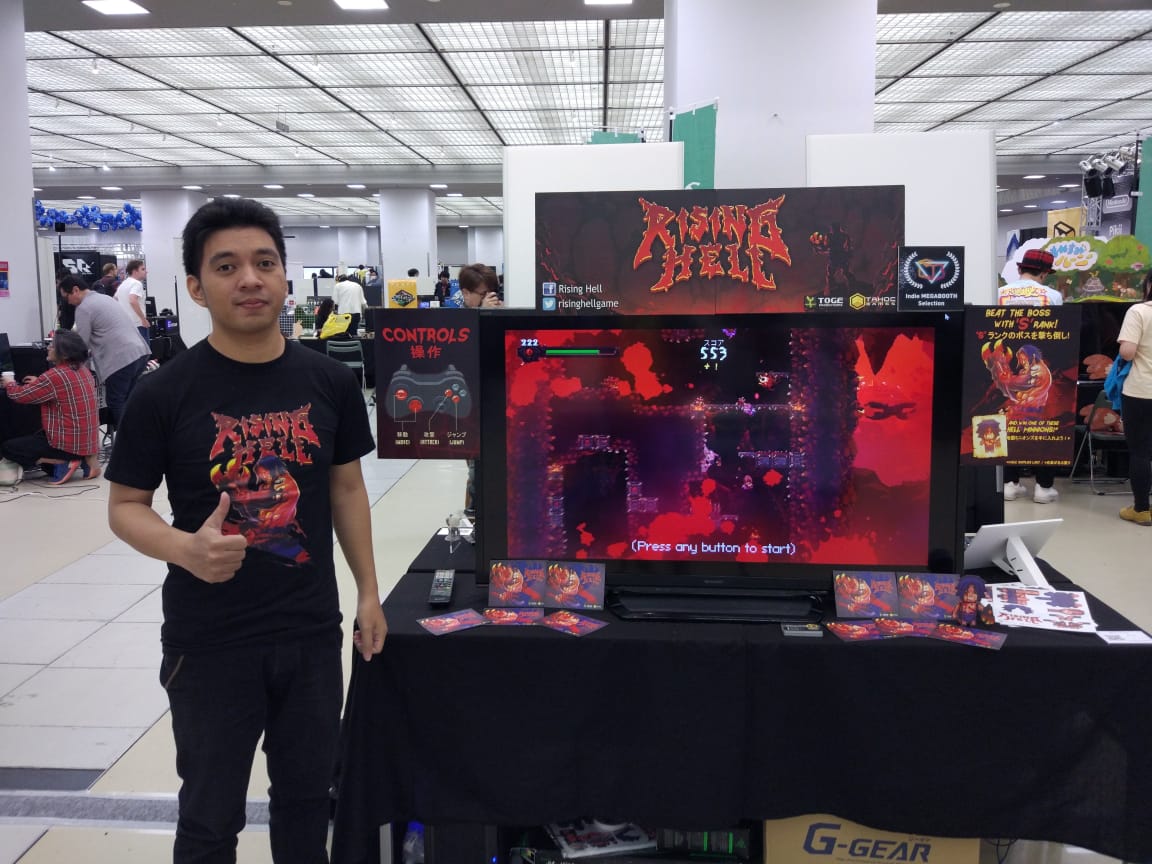 “I can’t believe it, I was once only selling snacks at a bus terminal, but now I’ve gone to South Korea thanks to Rising Hell!” said Kriswin enthusiastically.

“As what we visioned, we hope that Rising Hell could give an enjoyable gaming experience and loved by people around the world so that everyone would know about our studio here in this small town,” the team wished. 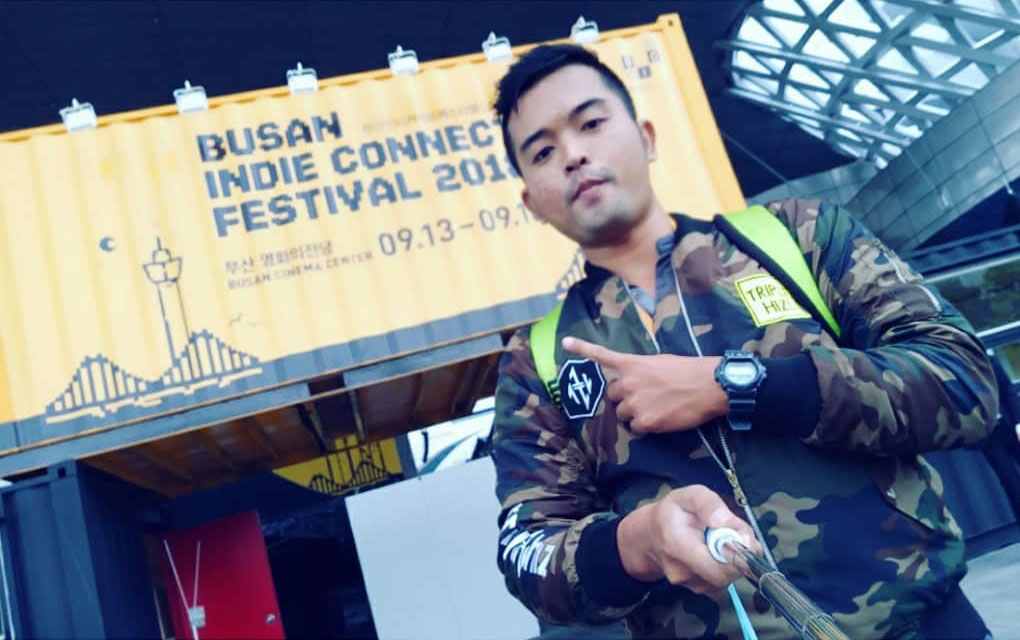 You can support our dedicated developers by buying the game, or adding it to your wishlist first! Constructive critics and suggestions are also highly appreciated for the development of the game until the full release. It would also mean a lot if you could participate in testing out newly-added features through the Public Beta Branch.

Hope you can enjoy Rising Hell as much as we do!