Hi everyone at gamasutra,

I am part of a two man indie game developing team called Moustachie studios, and we have just recently released a BETA demo of our newest game "Extinction". This game is still a work in progress, but that doesn't stop me talking about it!

The game is essentialy a post apocalyptic based zombie survival game, but with a difference! It is nothing like your average hack and slash zombie game, we have developed an indie RPG that is based mostly on the story side. This means that, although action is still apparent, we have not created our game to rely only on guts and gore. We have created a game which uses choices to heavily influence the game play, changing the story and subsequently changing the ending to the game. Such choices can either have a small change to the game, like chosing to walk down the stairs of take the lift, which can end up making a big difference later on, or there could be huge choices to face, such as deciding whether or not to save the little girl who's family had just been attacked, potentially endangering the rest of the group. Having such decisions may not only be hard to make as a character, but they can be hard to make as a person morally too. These choices not only make gameplay fun, but they make gameplay unpredictable and everlasting. This is because there are a lot of different ways to play the game, resulting in a lot of different endings, so you can play each episode numeours times and it will still feel like a new game.

We are planning on releasing our game in episodes, all set in the same timeline, but with different characters, that may even meet eachother!

This game can only continue to be produced if we get the funding to carry on developing and creating stories. So we launched a Kickstarter project and are in desperate need of funding, because we feel this game deserves to be played by members of the public, but it will be impossible without the financial backing. Links to both the demo and the Kickstarter will be at the bottom of this article. 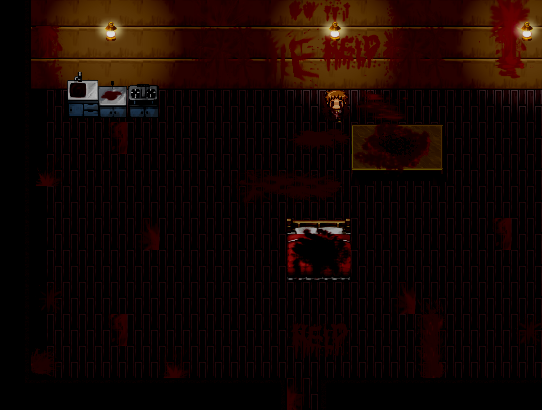