Welcome to the harsh and unforgiving world of a space western! Explore a wild and dangerous planet, become a mercenary for a soulless corporation or ally yourself with oppressed free colonists. Join the new Gold Rush and fight for your life.
Tony Vilgotsky
Blogger
February 14, 2020 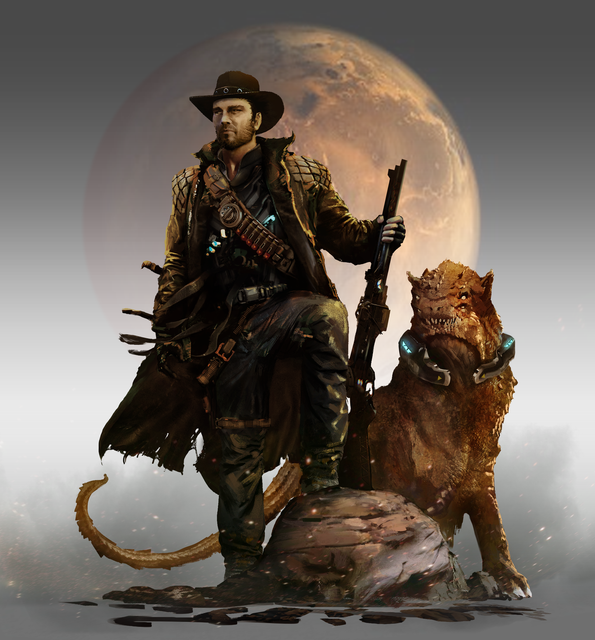 We are Alersteam, an indie development studio, currently working on a game named Exoplanet: First Contact. What kind of game is it? It actually covers several different genres. First, it’s a western - because of its protagonist, charismatic adventurer Jack Sharp, who is very similar in his nature to legendary heroes, embodied on the screen by Clint Eastwood.

Also it's a space story, because it takes place far from Earth, on a scantily explored planet named K'Tharsis. Moreover, aside from cowboys, our protagonist also reminds of heroes, created by American fantastic fiction classic Harry Harrison. In some moments Jack is a cold-blooded intransigent gunfighter, but when the situation demands, he can be cunning and dodgy, like readers' favorite space adventurer Jason DinAlt. 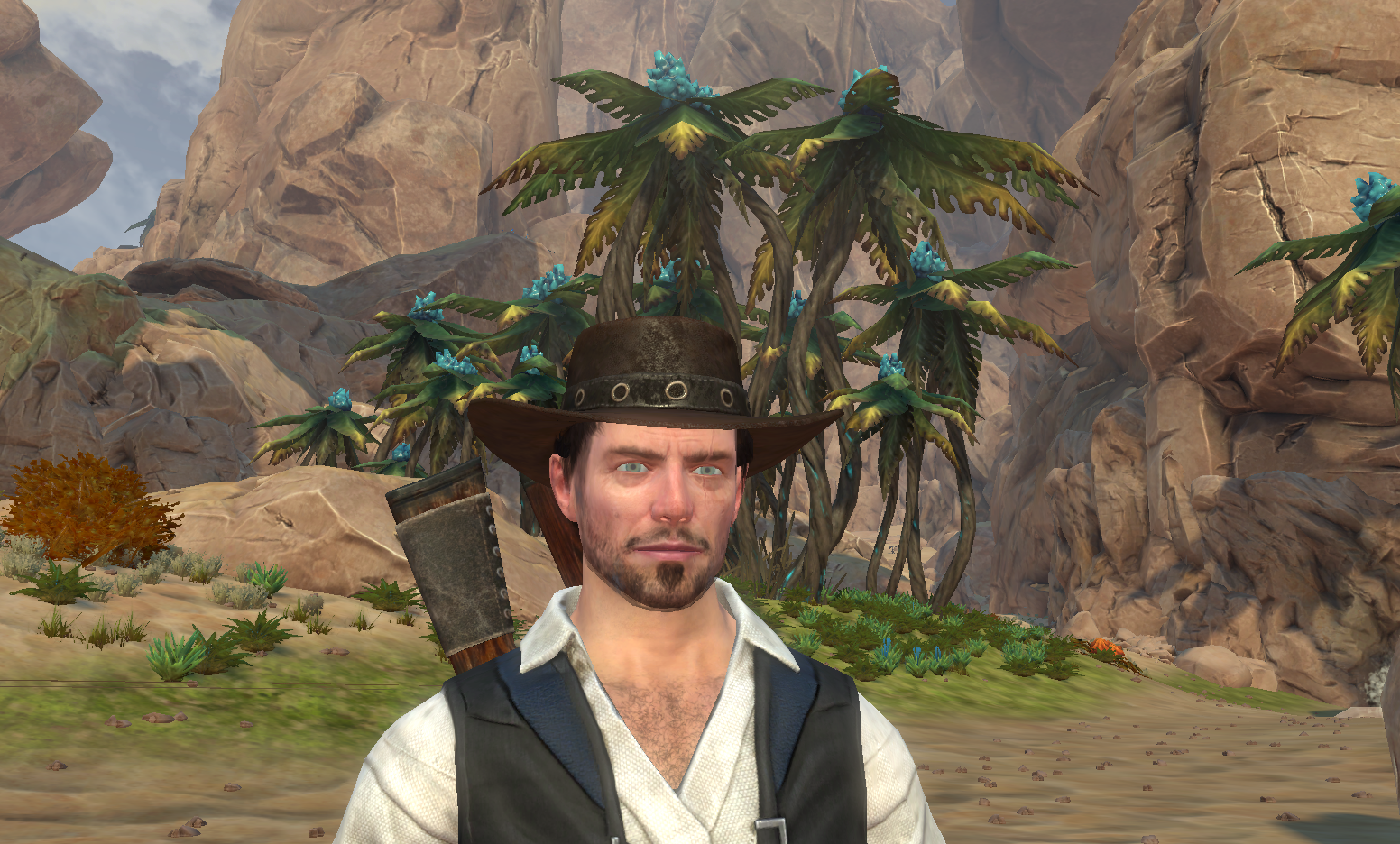 However, this is also a role-playing game. Exploring the huge world, you will communicate with large amount of characters. Many of them are able to help you somehow. It doesn't mean, though, that every local inhabitant will do it willingly. All of them have their own interests - and they will help Jack only if it will be profitable for them. No pain - no gain. 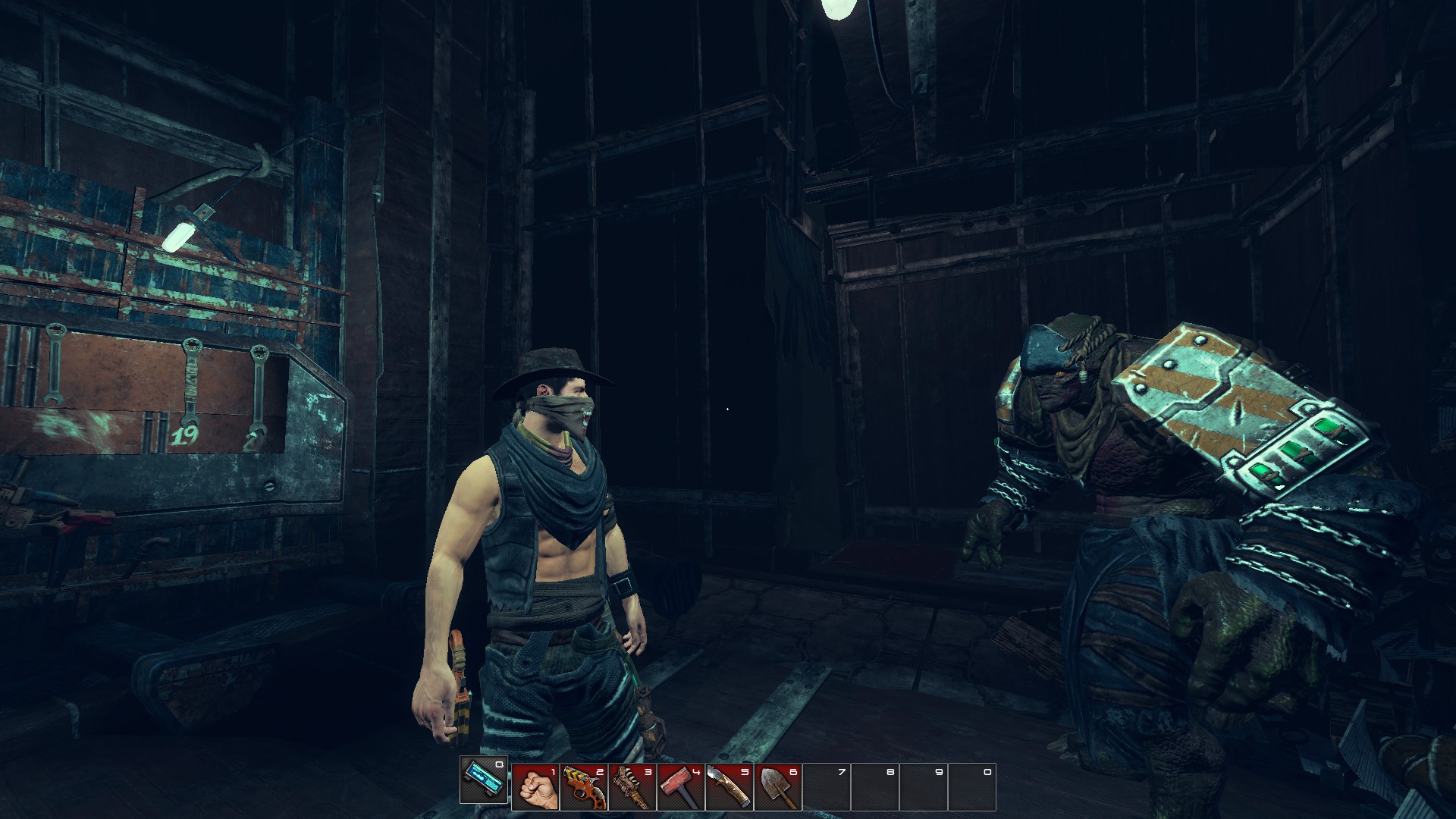 An important fact is that you can build different types of relationships with most of the characters, forming your own opinion and attitude to one or another of them. You can try to please them all. But if you dislike somebody, you can immediately let him know this and communicate with this character in a tough manner.

By the way, in the same tough manner you can build your overall strategy of behavior in this world. You can walk a hard path - that is to behave like locals want you to - or the easy path, paving your way by the force of weapons, without being too kind with the ones you meet. 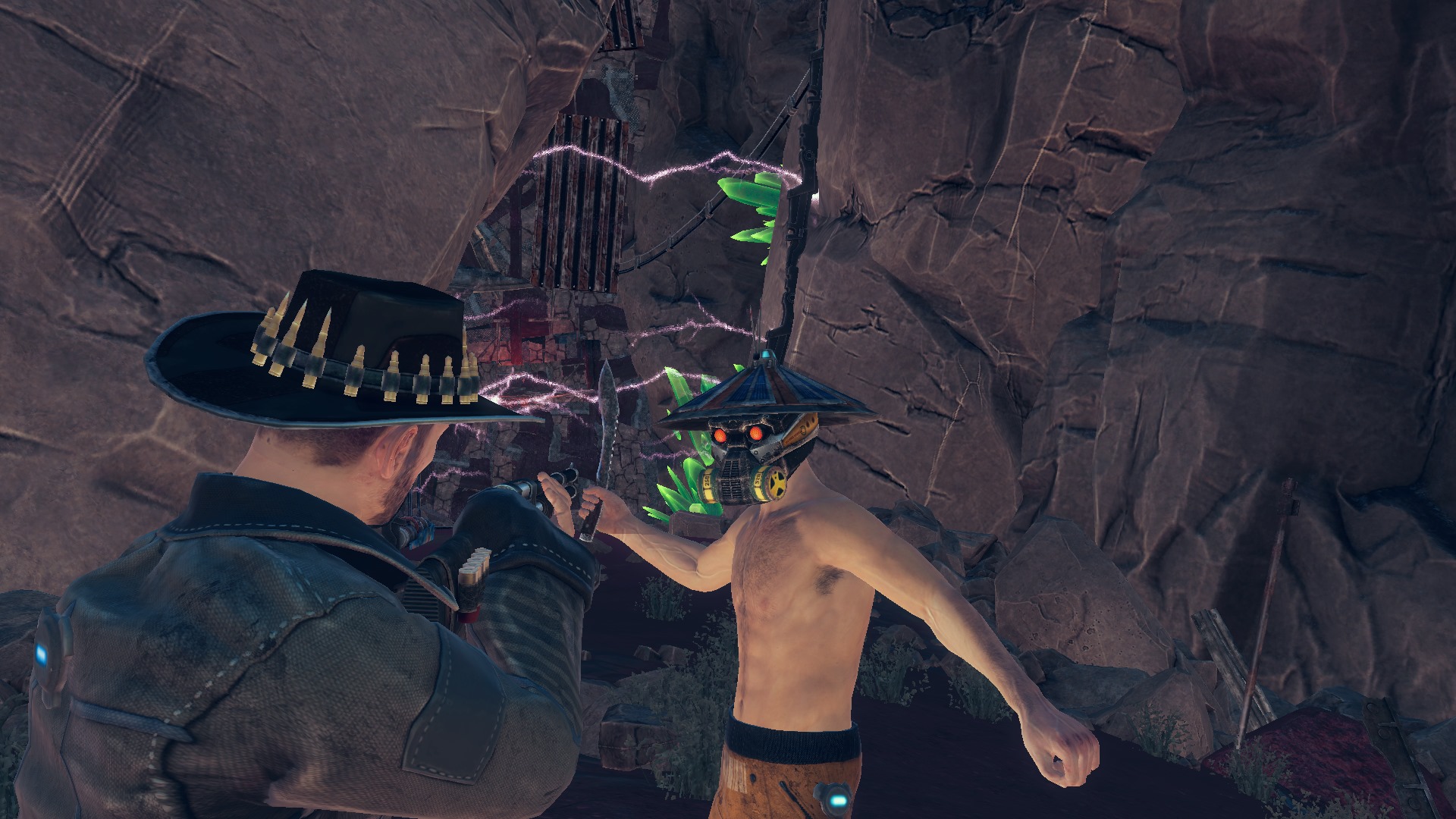 After he found himself alone, in unfamiliar and unfriendly world, Jack didn't give up, but began to make efforts to fix the situation. He has to survive - and survival, by the way, is another game genre that First Contact covers. Constant search for resources, hunting for alien forms of life, collecting extra-terrestrial plants - everything to hold out for another one day and meet the sunrise alive and fed. The long road is ahead, each turn of which hides the deadly danger or, sometimes, pleasant surprise. Where the strayed hero will end up on this road - depends on you.

Immerse yourself in exciting adventures in the vast expanses of  mysterious planet K'Tharsis, many corners of which were never visited by a human being. Explore this immense and diverse world, communicating with its inhabitants and attentively observing all that's going on around. Every little thing, every detail that may seem insignificant at the first sight, can turn out to be a hint, telling you what to do in the next moment... or several days after. This game almost doesn't contain generic quests in that "bring me 20 lizard skins" style. Every mission is filled with genuine sense and becomes a starting point for the following events. Beginning his trip, literally, without pants, our space cowboy will soon not only get a new outfit, but will learn how to live in a new world, will make friends... and the enemies, of course, too. Effect of the full immersion that emerges during the game makes you feel from time to time that this is not a game - but your own life. This is the world where you want to return again and again, the world where you can let yourself rest by soul. 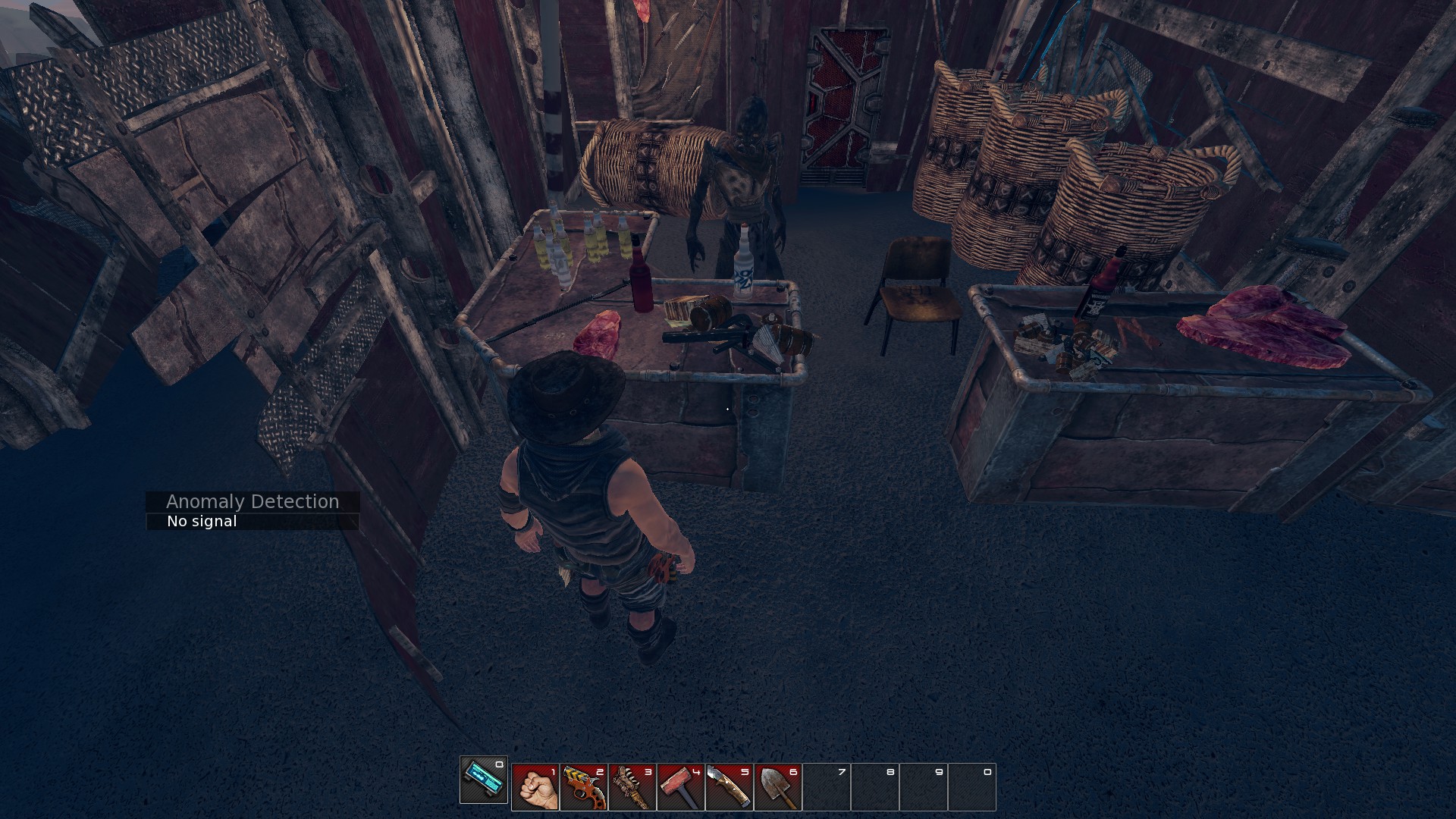 Probably someone may think: "Didn't these guys put too much different things in just one game?". No. To develop the optimal balance between storytelling pace and the player's involvement in gameplay was one of the main goals from the very beginning. To date, the game successfully manages to keep this balance. It pushes you to make well-balanced decisions and stimulates your intellect. In some moment you may think: "Where should I take the resources required to complete this mission?". But in the very next moment you will remember some of the previous events and realize that the situation isn't as complex as you thought. The logical thinking in this game are more important than in many others. Relying on logic you may reach much more in the world of Exoplanet, than if you will believe only in the power of weapon. 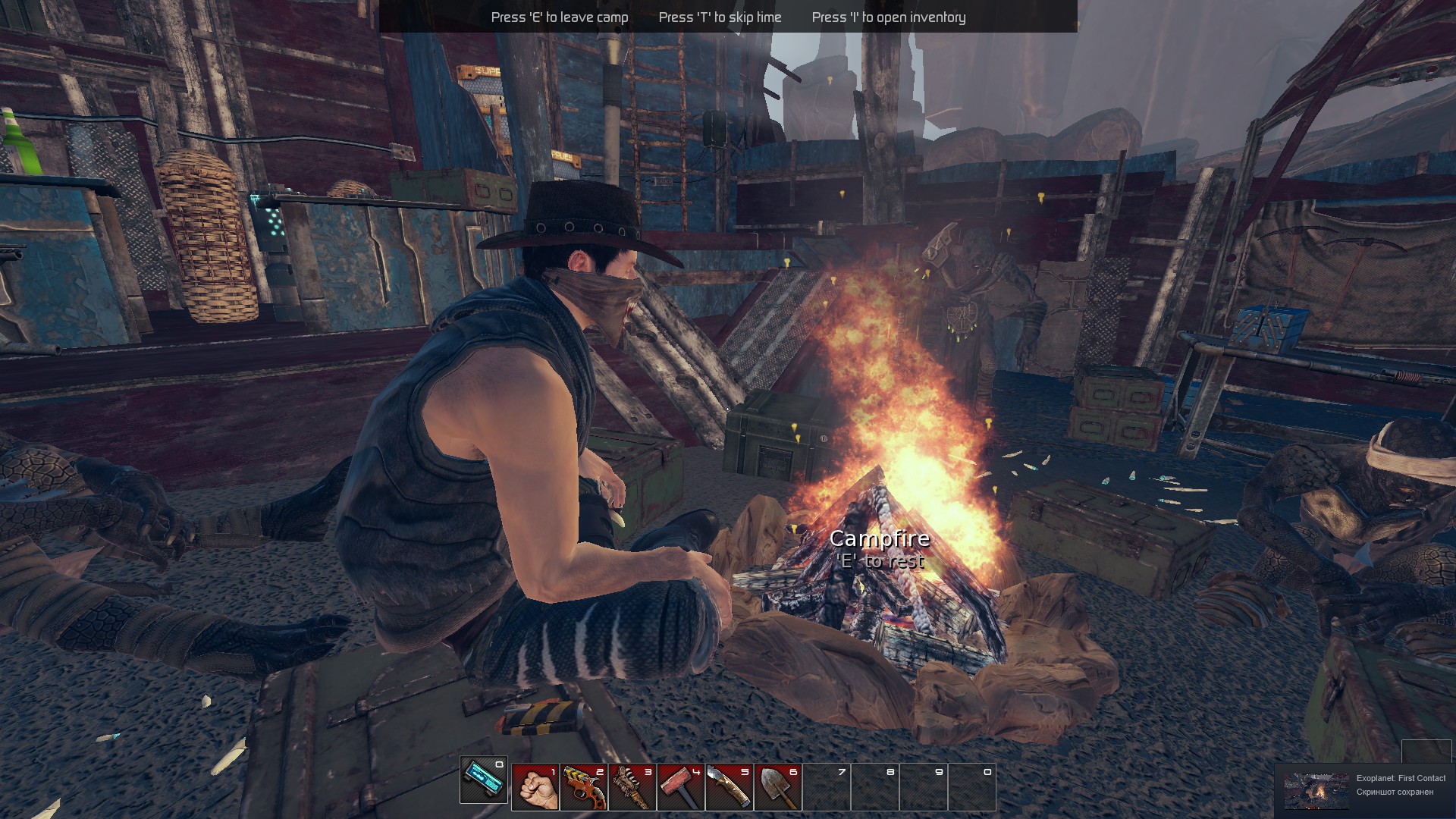 From our side, we are ready to answer any questions about the game and our working process - not only in the comments, but also via our Discord channel (https://discordapp.com/invite/g587hrb) that you can join at any moment - there always be somebody to guide and consult you.