10 Tips: Increasing the Effectiveness of Producers

In his latest in the 10 Tips series, Tristan Donovan interviews producers from Bigpoint, Sega, RedBedlam, and Cartoon Network to find out what the most important things to bear in mind when trying to get a full-featured game done on time are.
Tristan Donovan
Blogger
September 27, 2012

If any single role in game development could lay claim to being the glue holding projects together, it's that of the producer. It's the producers' job to steer the project, manage workflows and generally work to keep everything on track. But while producers are an established part of game development process, it is a role that is far from fixed.

Some producers toil away within development studios, handling the daily task of managing a project and -- in smaller studios at least -- often getting involved with work that goes beyond the tighter remit of simply producing a game. Others work for publishers, overseeing the games being developed by external studios.

Regardless of where they work, project management is a core part of the producer's job but, says Steve Finn, head of production at online multiplayer specialists RedBedlam, "just coming up with a Gantt chart and going 'there you are, that's that done' reduces the role down to one of time keeping.""

A lot of the job is managing people," he says. "In the office environment you're a combination between mum and dad, and in the business environment you are very protective of your team, and trying to make the client as happy as possible."

Since producers are often the bridge between the business and creative sides of game development, producers need to be able to cope with stress from all angles.

"It can be super stressful," says Jeff Riggall, senior games producer at Cartoon Network Digital. "You've got the team members that are looking to you, and if you don't have something you can do right away or if things are falling behind you've got that stress.

"On top of that, you've got people that are higher than you who are looking for results and that pressure coming down on you too to figure things out. Producers are a unique type of individual that can take those stressful situations and not blow up."

So what steps can producers take to keep things moving along and ease that pressure? Gamasutra asked Riggall, Stein, Finn and Sega Studios Australia's Darius Sadeghian for their top tips for producers.

1. Know a little about a lot 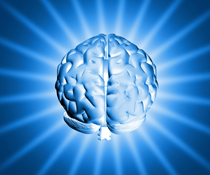 "It helps if you've had experience on the shop floor, because otherwise people think 'Well, what does he know?'" says Steve Finn, head of production at RedBedlam, the British developer behind MMO The Missing Ink.

"One of the greatest advantages in coming into my current job was that I had to do some of the pieces of work that ultimately ended up being my team's role when we started because there was no one else at the time to do it. So I did some 3D art, some 2D art, some UI design, some programming, a bit of all of it.

"Most of it was balls, of course, because I'm by no means an artist or programmer -- but if you want to instruct someone on what you would like them to do, it's good to have even a smidgen of understanding of the lingo, what they do, and the challenges they come up against."

Prototyping is a game development basic, but it's something that cannot be neglected -- even when development cycles are short, says Jeff Riggall, senior games producer at Cartoon Network Digital.

"It helps tremendously to at least do a quick prototype of your core features rather than going in blind and hoping something is going to work the way you want," he says. "With Dreamworks' Dragons: Wild Skies we didn't have long. It was a six to seven month development cycle. But we had to prototype some of the flight stuff and QuickTime sequences because it was the only way to see if it was going to work the way we wanted it to. You might not have much time to do it, but as a producer you've really, truly got to squeeze it in."

3. Get to know external partners

When working as the producer on the publishing side, building relationships with the external development studio is a crucial part of the job. "When working with an external partner, constant communication is one of the key aspects, because you have no insights into the team so it is difficult to anticipate problems," says Thorsten Stein, an external producer at online games publisher Bigpoint.

"When I worked with our Korean partner on Maestia, we maintained communication via Skype on a daily basis. Due to the time difference, we only had about four hours in the morning to discuss any open issues, but we were able to catch up on anything that had come up while either of us were not at work."

Visiting external studios is also vital, he adds: "It is much easier to work together when you can pin a face to the voice and, as one of my colleagues would say, always take a look in the restrooms -- a partner that is not able to maintain them properly might also be lacking in other areas."

4. Make decisions and own them

Darius Sadeghian, senior producer at Sega Studios Australia, creators of London 2012: The Official Video Game, agrees. "Producers can make mistakes. I've made mistakes, and admitting them to yourself, and amending, and moving on is really important. If you feel you've made a mistake, be honest with your team and halt work or move in a better direction if you have to. I've found that it is good to say when you've made a bad call."

5. Keep on track with show and tell 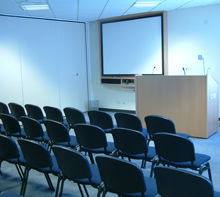 Regular "show and tell" meetings are an important way to keep the development process on track with larger teams, says Sadeghian. "It's important to make sure that your team is always aware of what you're trying to aim for, and what are the core pillars of your game," he says. "With London 2012, it was really easy sometimes to get focused on specific events and lose sight of the overall project vision and goals.

"We had a lot of staff -- sometimes as many as 85 people -- and I started to notice that the more people you had, the more they started to find their own personal vision for the game, which started to fragment some of the development. So we introduced more 'show and tells' as a way of re-establishing the vision of the game.

"You'd have a show and tell every Friday and go, 'Hey guys, this is what we're going to be doing and what we're aiming for'. That was a really good way of reminding yourself and the team of the goals and that steered it back to where it needed to go."

6. Solutions come in many guises

There are always other ways of solving problems, says RedBedlam's Finn. "Sometimes a programmer might want to think of a programmatic way of getting themselves out of a cul-de-sac they're in, and sometimes you need an idiot like me who doesn't understand half of these programmatical problems to come along and just say 'Well, we'll drop it then.'"

One example of this was during the on-going development of a new HTML5 version of dPals, the virtual social world for eight- to 13-year-old girls RedBedlam created for History & Heraldy. "The characters in the current version have dance moves that are all done in Flash. In order to animate those again in HTML5, we would have to do all the animations again, and it becomes really ugly from an expense point of view, because it uses up a lot of hours doing something that once the kids have seen the animation once is a bit 'meh,'" says Finn.

"We spent quite a bit of time thinking about how to convert the old assets, and then I had the sudden realization that we don't need this. What we needed to do was talk to the client and tell them that we can spend ages trying to do this, but what we really want to do is have a dancing mechanic where friends can put together a dance routine -- so why don't we do that and bin this? When I spoke to the client they said: 'Oh yeah. That's a good idea. We've been thinking the same thing.'"

Producers shouldn't be yes-men; avoid agreeing to deliver every idea fed down from the client or senior managers, says Cartoon Network's Riggall.

"You should say 'Let me talk with you about this', not just take it, say yes, and run with it. Explain the reasons why something was done the way it was, or talk about ideas you might have, and what you think is better -- because your suggestion might be a two-day turnaround, while their idea might be a three-week turnaround. Being able to have that type of dialogue and not be a yes-producer is important."

8. Add at least a sprinkling of Agile

In common with many studios, Sega Studios Australia experimented with the ideas of the Agile project management approach on London 2012. "I was constantly in the dilemma that we have X number of events to deliver, the license requires so much that there isn't much flexibility in the content or timescale -- so how do we do this?" says Sadeghian.

"We took a hybrid Agile approach that really worked well for us, where we used cross-discipline teams, got more complicated events out first, and benchmarked those compared to other events to pre-plan whether we can get it all fitting together correctly.

"I wouldn't say we were an Agile team in terms of doing everything Agile does correctly, but we picked what we felt worked, and it created more communication within the team because we had them in cross-discipline teams. And because we were using sprint meetings, it just felt like there was a bit more productivity, and it worked pretty well."

"If you're not certain about something, go figure it out, or ask that question," says Riggall. "If you didn't understand something an engineer was saying about why something was not working, sit down with him and get him to explain it in a way that means you completely understand it. Don't just let it go and say 'Well, he said he was looking and couldn't find it, and we're trying'. That's not an answer senior leadership want to hear.

"You need to understand what it is, so you can understand how to help, and that might be you going, 'I see you're having this issue, and I don't know 100 percent what's going on, but I do think it is tied to this other thing that this other engineer is working on, so let me get you guys together and chat.'"

10. Establish a workflow and stick to it

It is important to establish a workflow early on, and get everyone involved in the development of the game to commit to not bypassing it, says Bigpoint's Stein. "Before we has established the final workflow, projects were sometimes 'laying around' for quite some time, because we had to get hold of the right person within the external studio, who had to find the time to evaluate certain aspects of the proposal," he says. By setting out a clear workflow and assigning individual personnel to different tasks "these delays are much more infrequent now".