4th birthday surprise is cake full of new content, plus gifts for loyal players.
KIXEYE
May 06, 2022
[This unedited press release is made available courtesy of Game Developer and its partnership with notable game PR-related resource Games Press]


May 6, 2022 | KIXEYE is excited to announce that its real-time tactical PVP game Rise of Firstborn is celebrating 4 years of live service. Rise of Firstborn is getting a new update on May 5 that will usher in a slew of highly-anticipated changes and additions through the month, as well as all the celebratory anniversary rewards and content. As part of this celebratory update, KIXEYE has revealed an ancient and special Defensive Equipment set known as ‘Overwhelm’. This equipment can only be obtained through play (not purchasable). The Hospital and Barracks have been updated to allow the structures to scale to level 100, and there are several new Alliance Castle Skins to be obtained and used by enterprising groups. And finally, Pets are now far more useful as they’ve been upgraded to allow enhancement bonuses up to level 30!

Last, but certainly not least, beginning on May 12th, to help celebrate the 4th anniversary of Rise of Firstborn, the dreaded and powerful 4TH ANNIVERSARY CAKE MONSTER will be invading the game for a limited time. Players will be able to hunt down and devour defeat this delicious devious enemy and reap the rewards. 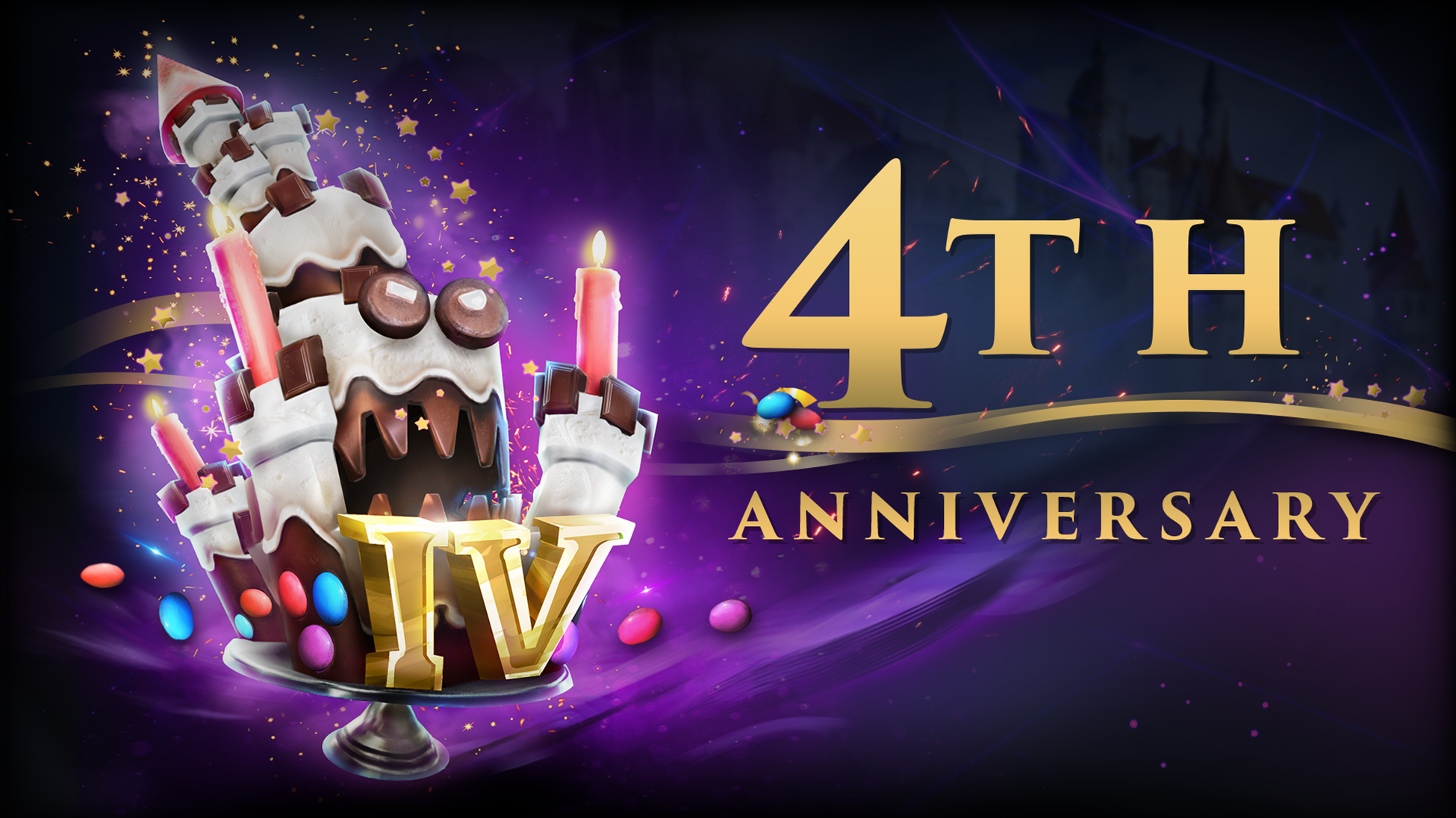 “This Anniversary celebration comes hot on the heels of Night Queen’s Titans,” said Ryan Ward, COO of KIXEYE. “But it was just the beginning of the content we have planned for Firstborn in the weeks and months ahead. We’re thrilled to be celebrating four years of building kingdoms and forging alliances with this update and to be able to add so many changes and additions that our community has been asking for. We’ve got big plans for the game, and we’ll soon be talking more about the next major update as well!”

The full patch notes can be found on the official Rise of Firstborn Discord server, as well as the official Facebook Page.

Download Rise of Firstborn now on iOS and Android!

About KIXEYE:
Founded in 2009, KIXEYE is a leading developer and publisher of massively multiplayer online real-time strategy games (MMORTS). In June 2019, the studio was acquired by Stillfront, a global group of gaming studios and a market leader in the free-to-play online games genre.