“When push comes to shove, the courageous step forward”
Meridiem Games
April 20, 2022
[This unedited press release is made available courtesy of Game Developer and its partnership with notable game PR-related resource Games Press]

Madrid, Spain - 20th April 2022. Publisher Meridiem Games and indie games developer Mansion Games today confirmed that the World War II themed 2D shooter/platformer Operation Highjump: The Fall of Berlin will launch its Kickstarter campaign on 26th April, 2022. Operation Highjump: The Fall of Berlin is based on World War II legends, paying homage to the unsung heroes who fought and sacrificed themselves to achieve the freedom we enjoy today.

The aim of this Kickstarter campaign is to support the adaptation of Operation Highjump: The Fall of Berlin from PlayStation 4 to PlayStation 5, Nintendo Switch and PC and expand on the in-game content to offer an even greater gameplay experience. As well as the continued development of the game, the Kickstarter campaign will look to create a community of like minded gamers to support the game at launch and offer limited and exclusive rewards for backers to enjoy at launch. 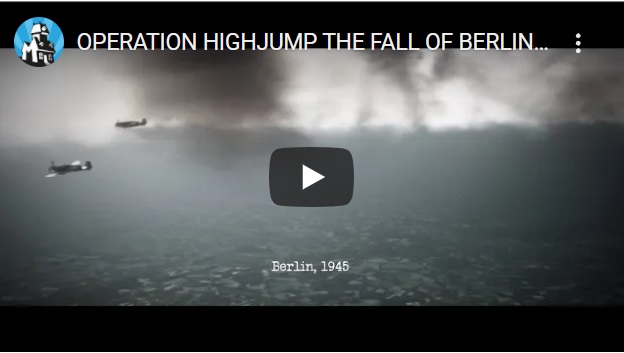 Check out the Kickstarter trailer for Operation HIghjump: The Fall of Berlin here https://youtu.be/EcXrfMZpZkQ

About Operation Highjump:The Fall of Berlin

April 20, 1945. After six years of war and devastation, 70 million souls have been silenced. The Third Reich is about to be defeated by the Allied armies. But the final act still remains...

In a race against time, the OSS (Office of Strategic Services) sends its best man on a suicide mission: Polish resistance lieutenant Joe Kawalski, a man tormented and haunted by his past. Joe will fight his own war with the Dogs of War commandos to settle a score against those who took everything from him.

The objective? Locate and eliminate the main hierarchs of a fallen empire before they escape justice and to seize the secrets of Nazi technology to prevent them from falling into the wrong hands.

An epic chase through the ruins of Berlin will lead to a final duel between the forces of good and evil. Its outcome will decide a hidden war waged in the shadows and will sentence the fate of the world.

Combining 2D shooter, platformer and adventure genres with a powerful story, retro aesthetics and a beautifully crafted fusion of pixel-art and illustration based on real life reference of the time, Operation Highjump: The Fall of Berlin aims to revive the illusion of classic video games of the genre but using modern development tools and a fresh perspective. Add an epic soundtrack composed by Chris Huelsbeck and original, unpublished art from master illustrator Alfonso Azpiri to the mix and Operation Highjump: The Fall of Berlin is shaping up to be the complete package!

Operation Highjump:The Fall of Berlin is part of PlayStation®Talents, the Sony Interactive Entertainment España (SIE España) programme that helps the diffusion and consolidation of indie studios in the Spanish videogame sector, through mentoring in business, marketing, technical development and advertising.

The Operation Highjump: The Fall of Berlin Kickstarter campaign will begin on 26th April, 2022. Follow the progress and show your support on the Kickstarter Campaign page

Meridiem Games is an independent company that works in the distribution and publication of video games on all platforms. All members of the Meridiem Games team are gamers who seek to satisfy the end customer, the gamer. That's why we offer all kinds of games, from AAA to Indie projects. This is our goal, this is Meridiem Games. Click here if you want to be updated about us. https://meridiem-games.com/

Mansion Games is a videogame creation studio that develops and designs interactive universes of action and adventure based on Transmedia, supported by a cinematic narrative, a careful artistic section and a high level of gameplay that generates memorable experiences. They have been accelerated by Fundación Bit, Lanzadera and, recently, Berriup. http://mansion-games.com/home/