After the Dawn: a mini-retrospective on Cultist Simulator

What happened when we launched Cultist Simulator, and why we think it happened.
ALEXIS KENNEDY
Blogger
June 11, 2018

On May 31st, exactly eight months after our Kickstarter, we released Weather Factory's debut game, Cultist Simulator. How did it go? Here's a mini-retrospective.

CS has done well. More on that in a moment. I'm very happy it has. But this means we've been much, much busier in the last week than we expected, and we expected to be busy. After six months of beta testing, the game is in pretty solid shape, but I have a helpdesk queue full of edge-case save issues and black screen crashes on older versions of OSX. We've also got a mountain of feedback, press attention and old acquaintances getting in touch to say nice things.

And there are only two of us. We're digging ourselves out from under, and we're bringing in some freelance help, but we're bloody glad we cleared our calendars for the week after launch. We will be slow to reply to everything for a few days yet. Lesson: clear your calendar in launch week.

A special mention for feedback. We've got a lot of feedback: lots of enthusiasm, lots of very specific requests, lots of people asking for an autosort feature or other UI tweaks, and the usual round of Internet nastiness. One guy suggested that my approach to game design should land me in the Hague for trial for crimes against humanity. I have developed a thick skin over ten years, and all things considered the feedback, even the negative stuff, is an overwhelmingly good thing to have. But ladies and gentlemen and others, hear me when I say, if you release an unexpectedly popular indie game on the Internet in 2018, this is what you have to be ready for: 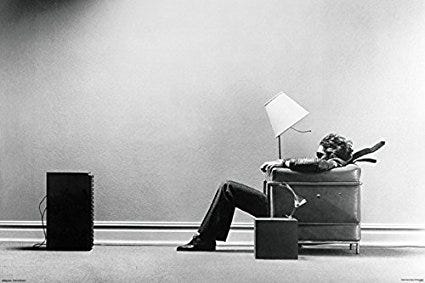 July will, we hope, be more normal. Though Lottie's speaking at Develop.

Everyone's been asking about this, so I won't tease you.

I've talked before about the importance of always trying to predict your numbers. Here's what I thought back in March:

My casual top-down prediction would be that, if itch is 3% of Steam, this will amount to about 20K sales, which would put us firmly in the black for the year and make me very happy.

I did give this some more thought. The total budget of Cultist Simulator, including freelancer costs and marketing, was 130K GBP (ish - we're a bit behind on calculating the actuals). With our Kickstarter money and our advance funds from Humble Publishing, we needed to sell about 3K copies to break even. You need to do more than break even in gamedev, though.

I thought we would almost certainly sell 10K, which would be enough to call it a limited success and mean that with another Kickstarter and good DLC sales we could make another game. I was reasonably confident of 20K. 30K was my most optimistic case. "It's not going to be another Sunless Sea," I kept telling people, especially myself. "It's half the budget, half the team size, half the time in development and we can't use Fallen London to promote it like we did at Failbetter with Sea."

On day 6, across all platforms, we've already sold more than 35,000 copies . This is almost exactly the number that Sea sold in the week after launch. I mean, eerily close. This makes me very happy but it also makes me genuinely existentially troubled about my complete inability, ten years and eight launches into my career, to predict commercial success. Next time I might just throw yarrow stalks.

But here you go: I am going to use Jake Birkett's formula to assume that in year 1 we will sell 157K copies. (Sea sold 350K but just because lightning strikes twice, I'm not going to assume it'll strike three times.)  I'll see you in June 2019 and we'll talk about that. I should note that our publisher, Humble, gets (deservedly) 30% of whatever we earn from this, and that a lot of those copies will be at a discounted price for store sales, so working out final predicted revenue isn't straightforward, but yes, we made a profit, yes, we will definitely be supporting CS with updates, and yes, Weather Factory will be making more games.

How Did That Happen?

THIS IS NOT TRUE: 'A game made by two people in a flat has a good chance of hitting #1 on Steam.'
THIS IS ALSO NOT TRUE: 'As an indie, I should multiply my best-case sales estimates by about five'.

If you take either of those lessons away from this post, I have done you tremendous harm. Commercial indie game dev is not a lottery, not exactly, but it's certainly a jungle in a storm. You might walk right past that path to safety, into the river, if you blink at the wrong moment.

But here are the things that I think helped us do this well, and that I tentatively recommend.

I'm taking the rest of the weekend off. More retrospective stuff from me and Lottie soon. I hope this was useful! if you've got qs, stick 'em in the comments.

[A minutely different version of this blog post appeared at www.weatherfactory.biz.]