The challenges of porting XCOM 2 to consoles

Ports have a bad reputation in the games industry. From the early days of shoddy, rushed home adaptations of arcade titles (hamstrung by the move onto inferior hardware) through recent examples of games crowbarred onto unsuitable platforms (some egregious mobile-to-PC examples leap to mind), ports are often afterthoughts, hastily built with limited resources.

XCOM 2's recent release on Xbox One and PS4 manages to bust this cliché with impressive style and finesse given some of the technical gremlins that plagued the PC version, and the challenges of implementing a control scheme that was completely absent from the PC version. (Gamepad controls have since been added to the PC version in an update).

The play experience of XCOM 2 on PC built on the solid foundation of the well-received 2012 "reimagining" of the classic sci-fi strategy franchise.

It streamlined the interface and controls with some slick new additions, and was lauded for being a worthy successor to XCOM: Enemy Unknown. Maintaining that user-friendly UI and tuning controls to suit a gamepad was no easy feat, according to lead producer Garth DeAngelis.

“This was my first post-launch port,” DeAngelis says. "I knew where the game needed to be since I was so engrained on XCOM 2 proper, but due to the technical challenges, it was an uphill battle. It was like trying to recreate a very complex painting in a completely different medium.”

He says most of the credit with surmounting the technical challenges go to his engineering team and Blind Squirrel Entertainment, which served as an external partner on the ports. 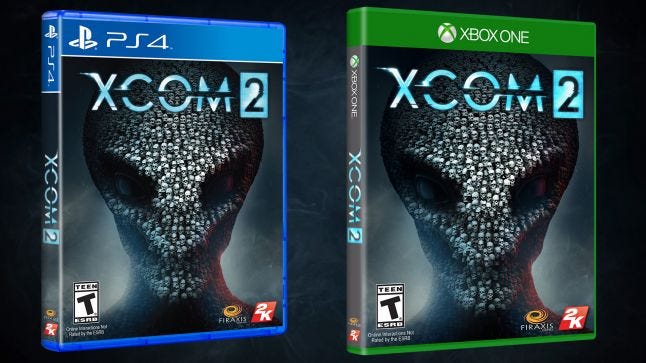 The issues largely stemmed from the vagaries of the different platforms. “When we originally announced XCOM 2, the game was planned to be released as PC only," says DeAngelis. "We wanted to go all in on ‘How do we make the best game possible on this platform?’. The ideal was that we would structure the code in such a way that our game pillars were supported, some of them being tailored to PC specifically.”

Shifting direction to consoles was thus a larger leap than in projects developed originally with several platforms in mind. The very things that made the PC version so focused and appealing to that user base proved nettlesome when porting it, especially the emphasis on mods.

"A lot of the code wasn't native, which is good for modders, but eventually meant CPU bottlenecks on both Xbox One and PS4."

“We were thinking of PC only when exposing the code to modders, so everything was as straightforward as possible, from asset swaps all the way to gameplay scripting," he says.

"But because of this, it posed an enormous challenge when translating that codebase to the console hardware. A lot of the code wasn't native, which is good for modders but eventually meant CPU bottlenecks on both Xbox One and PS4. The game was unplayable for quite some time.”

Beyond some of the core issues with moving the codebase onto consoles, there were a variety of gameplay and interface challenges to tackle; one of the largest of these was the Geoscape, the meta-layer represented by a map of the world speckled with missions, activities, and resource caches.

According to De Angelis, making Geoscape work on gamepads was the most fun challenge they had to tackle. “The more open-ended strategy layer (relative to Enemy Unknown), which is littered with points of interest, underwent the most dramatic overhaul," he says. "We had to ensure navigation and selections on the map were smooth and intuitive.” 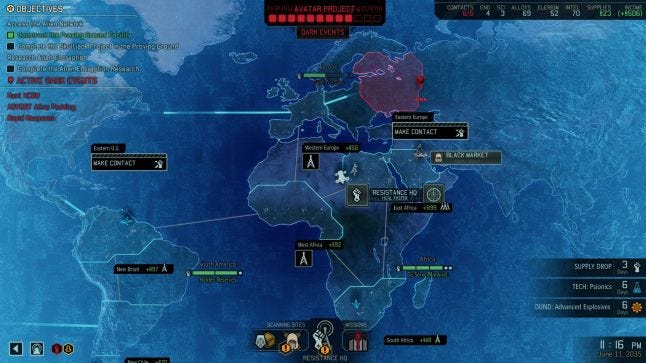 While Enemy Unknown presented players with a holographic projection of the globe and allowed them to scan with a single button press, “in XCOM 2, we needed to support a point of interest system and examining a more dynamic map. At any given time, you may have seven different choices, so it was a whole new user experience.”

Snappy controls make navigating XCOM 2’s more sophisticated Geoscape easy, letting players scan the map with a cursor that snaps readily to points of interest but pops back to the Avenger (the team’s new mobile base) with a button press.

It allows quick interactions with key event messages as they pop up, using the face buttons to drop players into the relevant base screen or menu option, or dismiss notifications. And the camera will smoothly pull in tighter on the map as the Avenger traverses across it, or zoom back to a broader overview to assess strategy.

“Luckily, we had the experience of developing for gamepad with XCOM: Enemy Unknown," says DeAngelis. "That really helped inform a starting ground, and how the game should feel holding a controller." He lavishes praise on lead designer Jake Solomon and the UI team working on the port for remapping the complex array of controls to the new platform. 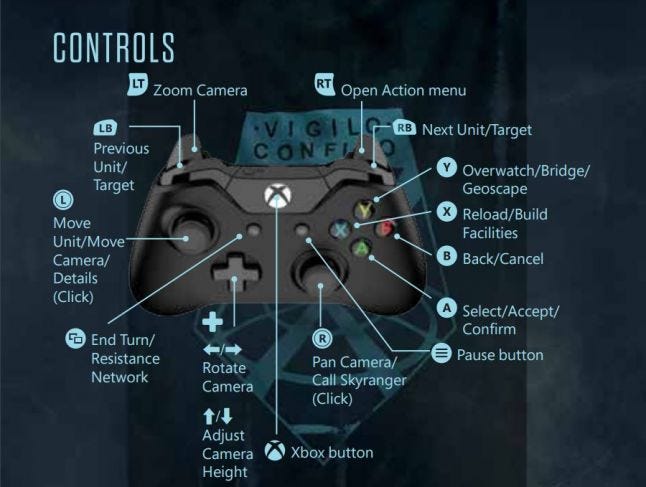 It's unsurprising that the console ports of XCOM 2 was just as well received as the PC original. The gamepad never feels like an impediment or a foreign object awkwardly adapted to a PC control scheme, as it does in some strategy ports.

In some ways the control experience is superior to the PC version--jumping through vertical layers when moving your soldiers is quick and crisp with a d-pad, and using the face buttons to quickly navigate around the Avenger is a small but appreciated time saver.

But DeAngelis also acknowledges that sometimes the “if it ain't broke…” approach is best. After experimenting with tactical UI changes to combat, in the form of an ability grid, "it actually ended up feeling more cumbersome to most people,” he concedes. They ended up sticking with an unobtrusive HUD, allowing players to see more of the level unobscured by icons. 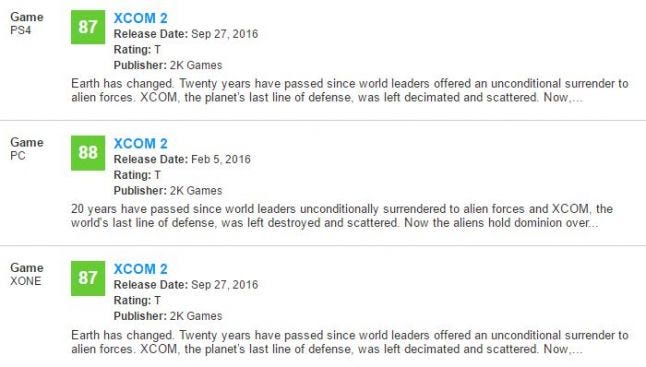 If there's a secret to the success of the port, DeAngelis says it's that several key members from the PC dev team were actively engaged in shepherding the game onto its new home.

A possible takeaway for fellow developers: Even if you're soleley focused on releasing on PC, spare a moment during development to think about what a possible console conversion might entail. “With PC, there’s a bit of a sense of a blue sky approach," says DeAngelis.

"A ‘Let’s do whatever is best for the player!’ mentality, from modding, to an uncapped number of enemies on a given mission, because memory is not much of a concern. But that mentality can ultimately be a danger if you’re porting. We certainly learned that, but we came through the process with what we hope our fans agree is a port that's worthy of the XCOM name.”