SOME POINTS ABOUT DESIGNING ONLINE GAMES

Making online games and specially MMO games from a designer’s point of view, has lots of other points and traits, which with start of the writing different sections and traits of the game, complexities and difficulties of designing these games starts.
Alireza Yarmohamadi
Blogger
May 06, 2014

Online Games:
It was almost late 90′s that game designers started to think about a game that players could experience a multiplayer game via internet. Maybe these guys didn’t know that in a few years the joy of online gaming will become this much popular amongst players and gamers. As we can see now, most of the popular games there’s a part for playing the game online or the original game style must have been played online. Like “Battlefield” series which their best online-play one of them is “Heroes”.

Also, targeting of Microsoft and Sony as two main poles of game console making shows us the importance of online games and live playing.

Online games are different for the players from different views. As in designing them there are several points to consider.

MMO (Massively multiplayer online):
Or games with numerous players. The “numerous players,” can be a two or three digit number to each number in your mind. It depends on the type and style of the game and the present technical ability of online communication world.

Of course the design of this style of game that many players from around the world are enjoying it, have complex points for designers.
Another advantage of online games:
A virtual community of players

Surely you’ve tried to play your favorite game (that possibly can be played online) in multiplayer or online mode.

From “Counter Strike” to “FIFA” or “PES”, Maybe you’ve seen “Counter” servers. Each one with different names and maps with a certain number of players in the server are ready for you to join them and fire some rounds with them. A collection of players from around the world each one from a different country with a different culture and different language, shows the small but spectacular society that are gathered in a server just to enjoy the game.

For sure, it’s more fun to shoot someone real behind another PC than shoot the “Bot” in a game. We’ve all experienced it. After playing “PES” for several weeks, you’ll be a professional in giving deep passes to the target player. In “Civilization” the best order for the military forces is to focus on border areas and alignment of forces in the defense of the borders of a neighbor country that is more likely to attack. But surely the fact that sometimes it’s better to leave central cities empty to protect the borders is not understandable for artificial intelligence (AI) and makes game more easily for the player. There’s still a long way for the regular codes of the games to become a real rival for true gamers.

Local networks and online games:
Playing with classmates or friends in a real place is so much fun. We probably all agree that the sound of someone yelling in the “Counter Strike” game when he gets killed, or “knifed” by the guy next to him, is the most beautiful voice in the world!

But in online games we can’t hear these voices. On the other hand in online games we have the chance to play with people we don’t know. We don’t even know their real names. This is where cultures and personal and social differences goes away and it reminds me of a sentence from Eric Simon: “What brings us together is the love of the game.” Problems with the online games:
Along with the benefits of online gaming and online games, studying problems of them seems to be necessary.
At the present time with limits of internet speed some countries, easy access to the game and enjoying it is difficult. Besides this, the subject that game designers always have to think about it, is providing appropriate services to players all over the world that sometimes complicates the process of making these kind of games.
I’ll start this paragraph with a flash-back to “yelling when playing in a real place” part. Connections of the players to each other, and making it easy for them to connect each other in an online game, is a main concern for game designers. Some of these problems have been solved by chat and voice systems.

There’s a winning side and losing side in every game that has at least two players. From chess to online games and MMO.
But the question is: in MMO games with several players, who will play for months or even for years, who is the winner?
Game makers always consider this question in designing games. Effort, energy and enjoyment in the MMO games, needs a beautiful and rational design, that if a player attempts enough, the outcome will be winning the game. When the game has several players, certainly number of the people who taste sweetness of victory, and chance of being the winner between other players must be bigger.
The first way to solve this problem, which is in hands of the designers of the game, is giving prizes to the players. This can be by the discretion of the designer or systematically awarded to the winners. It is important to remember that these bonuses should not affect the gameplay and the winner player shouldn’t use the award to get even more distance from other rival players.
The second approach is the classification system. Score and the rank of the player amongst the others, determines the winners and losers. In a game with tens of thousands of players, two-digit levels, will be a great honor for the players.
The third way is to create temporary wins in temporary wars. It’s necessary in creating these wins that the loser player doesn’t lose the chance of continue playing. In this case if the player is lost in a temporary conflict, must have the opportunity of trying for winning and loss must be a motivation for revenge. 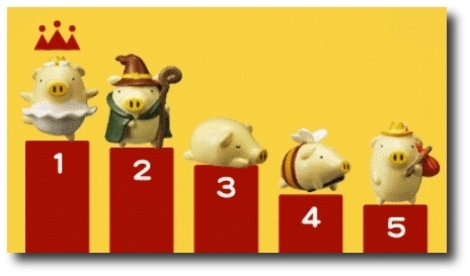 Full-time:
In a MMO game which is going to take many months of play, a player doesn’t like to start the game and have nothing to do and progress. The joy of a MMO is being a fulltime game. Although to prolong the game time in browser-based MMO games, generally the player has nothing to for hours in the game, but this time should get to the minimum in the game balance. Also using details and various sectors in MMO games causes the player stays in the game and enjoys these marginal sectors.
Anyway this point should always be remembered: if the player is present the in the game, he/she should be able to speed up the progress of his/her game. eRepublik is an example of the games who don’t give this possibility to their players specially the new players, and unconsciously encourages the active players to make and use multiple accounts.

The pleasure of being present in a virtual community can be palpable for the players, if game designers make the environment and map of the game with considering number of players. The player should know where he/she is, and how much is the distance between his/her character or his/her place to other players. This point makes the player forget about being in a virtual environment, and have a better understanding about the environment and other players.

Making online games and specially MMO games from a designer’s point of view, has lots of other points and traits, which with start of the writing different sections and traits of the game, complexities and difficulties of designing these games starts. In this article is a short introduction of this style of games. I hope this will be a start point for game lovers, to think about online games, especially MMO.