With a lot of different software available for game developers, finding the right tools to create your game can take some time. Even with a water-down game such as s visual novel, finding the best software for a good price was harder than I originally thought. When I started De-Thieved, I spent a good sum of time trying to find the right resources and programs to before I started production*, and to my surprise, information about comparing different software was scarce. So, here is my attempt to try and help clarify some things.

*Note, De-Thieved is still in development, but the majority of the game is completed.

Let’s get the obvious one out of the way, Adobe Photoshop is a powerhouse that does everything that you would need. You can customize pictures how you see fit, and even start from scratch and draw your own assets. Adobe Photoshop is a large and flexible software, which makes it complex and intimidating. However, the documentation and tutorials on how to operate this software are extensive and will teach you as long as you have the motivation and time to put into them. 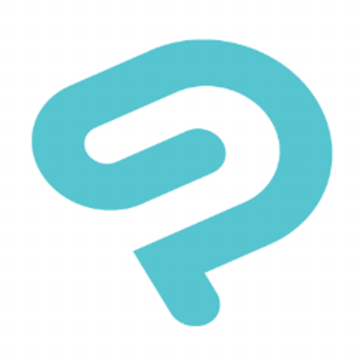 Clip Studio Paint focuses more on the drawing aspects then changing the look of an image with ease. On their site, they showcase how they are the leader in the graphics software market. The main use for CSP is drawing, creating comics/mangas, and for animation. If you have ever used any paint software, with a little practice, you will have no issues learning the tricks of CSP. With two different versions to choose from with you can still get what you need with a single payment instead of monthly payments. Another huge benefit of using CSP over other programs is the ease of correction ability to your drawings. Don’t like where a line is, use the vector tool to adjust it without having to redraw. I personally use this software and am happy with my purchase of the Ex version.

The very first engine I tried testing out for my visual novel was Ren’py. If all you want to do with your visual novel is to tell a story with branching paths this would be a good option for you. However, if you want to do something other then just a story and include some sort of RPG element into your game, knowledge of code will be needed, based on what you need to include. Either way, you will need to know at least the basics of Python scripting, and the introductory game that comes with the engine is a good tutorial on Python. Ren’py is one of the easier engines to use to make a visual novel but can be limiting and overwhelming once your past the tutorial game included with the engine. There is also no Licensing fee if you decide to sell your game.

TyranoBuilder is the easiest and fastest way to finish a visual novel with an easy to understand UI, with no coding necessary. With a simple drag and drop tool, and a sample asset library that you can use to finish your game within a day if you really wanted to. Importing your own assets is the only way to truly create your own unique looking visual novel though. Other than telling a branching story path with your own art assets, TyranoBuilder doesn’t really offer much of helping create your visual novel. If all you want to create is a story without much player interaction, this would be a good engine to use. There’s is also no Licensing fee for this engine once the engine is purchased.

The big selling point of VNM was the feature that allows easy localization, which simply means that it will translate your game for you so you can offer it to a none English speaking audience. I don’t know how accurate the automatic translations are though, and would be wary of using them just in case something is miss interpreted and ruins your game and maybe even your name for that audience. Another feature is to include a movie/audio layer on top of your game that gives it a sense of realism, and for an additional $10 you can get the support if Live2D, not the ability to do what Live2D does, but to simply accept Live2D assets. VNM also supports multi-platforms and includes a free to use, high-quality assets to use if you don’t have any. It’s also extensive able to use Java-Script for full control, and plugins if desired. However, user-friendliness seems to be the biggest issue with this engine/program. VMN also does not collect royalties on your creations.

Unity has two modes that you can change while in the engine, a 3D and 2D view. Now Unity’s 2D was most likely created to be used to make platform or side-scroller based games, but some visual novels have been created using Unity2D. These games tend to have Mini-game aspect included or something that the other engines can or have a hard time producing naturally. Unity is extremely powerful when looked at from a visual novel developer’s perspective, but without knowledge of how to use this engine, it can be difficult to create a working game. If your not afraid of a small challenge I would recommend trying to create your games using the program. You even have the choice to use C# or Javascript. There is an Asset store you can use to help create your game, but with Unity being a major engine used in all types of game, finding good visual novel assets are difficult. De-Thieved is being created using Unity3D.

*Unity is also free to use until you surpass $100k in revenue than you must purchase the Plus version at $35/month. If you reach $200k in revenue after using Plus you must upgrade to Pro at $125/Month. However, with each upgrade, you get bonuses to your program such as access to live sessions and shaders.*

Hopefully, this helps you guys/gals get a start on your own visual novels.

**We are currently holding an Indiegogo campaign for De-Thieved, come to take a look at what was created so far with both Clip Studio Paint and Unity.