In Event[0]​, players find themselves trapped aboard a space ship with no company except the ship's AI, Kaizen. They can freely communicate with Kaizen using typed commands and questions,
Simon Carless
Blogger
February 21, 2017

In Event[0], players find themselves trapped aboard a space ship, and their only company is the ship's AI, known as Kaizen. Players can talk to Kaizen to try to learn more about events, get help fixing the ship, and finding a way home, saying anything they like to their only friend. Kaizen is an emotional machine, though, and players will need to work their way through the ship's wants and fears if they ever hope to get home.

Event[0] sets the player free to talk to Kaizen however they like, with the computer replying realistically to whatever the player should want to say to it. This creates a bond between the player and the machine they need to get home, as well as a possible friendship that transcends the barrier between human and machine.

Event[0]'s exploration of companionship, loneliness, and mechanical relationships earned it nominations for Excellence in Design, Excellence in Narrative, and the Seumas McNally Grand Prize from the Independent Games Festival. Gamasutra spoke with Leonard Carpentier, head of Ocelot Society, to learn about how they made an AI that could respond to anything the player had to say, and how that created a connection between them.

Emmanuel Corno wanted to make games since forever. He even visited the Ubisoft office when he was 14 as part of a school program. But mostly, it was a lot of jams and projects and internships in several small studios here in France. Sergey Mohov used to write for the gaming press, and I programmed Facebook flash games. 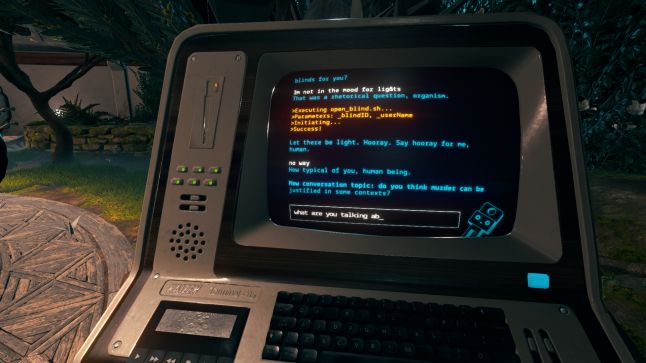 Actually, Emmanuel came up with the concept back in 2013. He pitched it for an ENJMIN graduation project and a team quickly formed around it. It was about taking advantage of the developing tech to see how a chatbot could be used to create not only a compelling character, but also to help new mechanics to emerge.

We used the tools we knew. On the technical side of things, it means the game is build around Unity3D and made use of the sound engine Wwise. We had to use a lot more though, obviously. Casting aside the usual production tool for artists and programmers, we had to build our own set of operation tools for teaching content to Kaizen (the in-game AI players befriend). 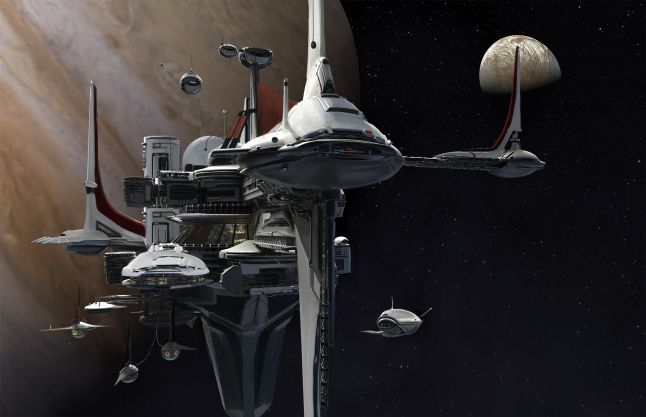 About 6 months as a school project, which allowed us to ship a student demo that got an average grade and got some industry feedback that Emmanuel is still pissed about (mostly that it wasn't a game). We should totally include the demo as a free DLC on Steam so people can see how far we've come but how a lot of the final game's soul was already there.

After that, we spent about a year polishing the student demo and submitting it to events. We were very lucky to grab the attention of Indie Fund and win a trip to Brazil to attend BIG Festival. After that, we had the game mostly on hold and spent a few months setting up a company and a team to "finish it" (which mostly meant building the game from scratch but keeping the design and the AI tech).

What thoughts went into building systems where the player could form a relationship with a spaceship computer? How did you create the tools for players to form that bond?

Basically, it's about giving Kaizen enough personality for the player to be able to project meaning. Most of the time, Kaizen will have specific information to convey, but the extent of that information needs to be a blurred line. The more players project their thoughts onto Kaizen, the easier it is to foster empathy.

What work went into creating believable dialogue for the computer? In letting the player say anything they want to it, and have it respond?

Sergey spoke at nucl.ai of how the writing was a huge part of the AI. Basically we are able to run the input through dictionaries to translate the sentence into a simpler one that we can then look for an answer to. The answer will be a 3x3 matrix of different ways to react to a specific context, depending on Kaizen's emotions.

On the technical side, that was pretty mutch it, but we then had to write the meta-answers - answers that could be declined by Kaizen to procedurally generate meaningful sentences. That was a lot of work, probably more than most advanced chatbots specialists could have simplified it to. I believe, though, that this unique mix of a simple, but powerful technical solution and human writing made Kaizen so unique.

What did you want Event[0] to say about the connections between people and machines?

Machines are made by people, and as such they will often convey a lot of insight on their creators. Event[0] is about people. 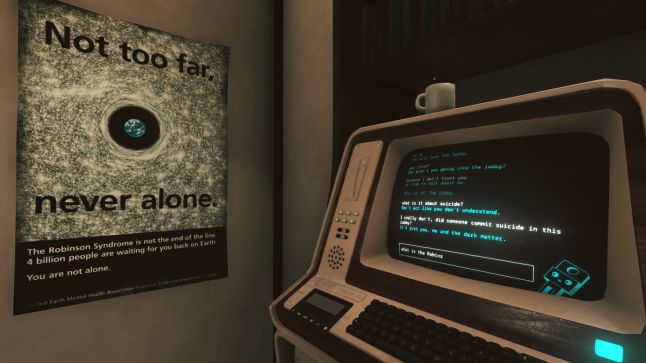 Why have the player form a bond over dealing with the computer's fears and anxieties? Why connect over those emotions?

Well again, machines are made by people. We made Kaizen and we had stories of fear and anxiety to tell.

Of course we did. We are big fans of Duskers, and Overcooked was Ocelot's Choice at EGX Rezzed. We all wishlisted the game and bought it when it shipped, playing it a lot at the office. I haven't played Stardew Valley yet, but I've heard great things.

I would also like to point that a student game from the school we started Event[0] at got nominated for best student game, which we failed to do with Event[0], so I wish them all the best for the next steps.

I think it's a formidable time to make games. We have great, easy to learn tools. A lot of resources. A lot of great people that we can work with on projects. This also means it's really hard to sell a game. I think at least some people, if not most, imagine selling a game as a launch day quest. I kinda believed that too. I expected the launch day to make or break the game. And it kinda broke. But the game survived and scored well in winter sales.

There is the bundle economy, too, that can guarantee a second revenue stream down the road. But the thing is, you gotta stick with it. Even if you are now working on someone else's game to make rent. Even if you would rather bury your head in the sand and forget you spent years of your life in a game which failed to break even on week one. You have a company (maybe), debt (probably). If you are French you also have a truckload of paperwork to fill out at the time you'd rather be moving on. We don't talk enough about the "after".