Pretty Pixels - The value of visuals in game design

This blog reveals the importance of visuals in game design, and how the visuals of a game are intimately related to how the gameplay of the game shapes the player's experience.
Anderson Addo
Blogger
September 01, 2017

Imagine yourself 20 years in the future. All your dreams are realized, and you’re way up there, making multi-million dollar AAA games for a living in your favourite game studio. One day, you’re in downtown making your usual rounds when you bump into an old friend of yours from college.

What happens next is expected: loud hey’s and woah’s as you old timers catch up after years of separation. Then, the inevitable question pops up:

With pride in your heart, you tell them that you’re a game developer – one of the best in the country at that.  He shows that he’s impressed (in these types of conversations, he kinda has to), and by the end of the exchange you leave feeling proud of sharing how far you’ve gotten with your old companion.

In the Eyes of the Beholder

The thing is, being a game developer (or lemme be more specific – a game programmer) means different things to different people. If your friend was, per se, a web developer or something of the sort, he would perfectly understand the gravity of you becoming one of the top game programmers. During that conversation, thoughts of advanced architectures, syntax expertise, performance optimization and other fancy concepts would have come to mind when you mentioned your profession.

That’s pretty impressive from his point of view.

But if your friend was someone with pretty much no above-than-average knowledge of computers (i.e. most of the world population, including most of your potential game players), then this is what would have come to their mind:

“Oh cool! He makes pretty pixels do fun stuff on a screen.”

Don’t get me wrong - that’s pretty impressive, but not as impressive as complex algorithms (colour me nerdy).

Understanding this disconnection is very important for a game developer (especially an indie one), because it makes them appreciate something that would otherwise probably go underappreciated in their development cycle – visuals.

Good visuals don’t necessarily mean good graphics, but good aesthetics. You can have a game with sub-par graphics that stills looks absolutely stunning (like ABZÛ or Angry Birds).  There are tons of ways to make a game look good, and lots of nuances that increase the aesthetic value of a game, but the point is it has to look good.

But why should it? This question may seem pretty obvious, but there are some interesting things to talk about when tackling it and finding its answers. One of the first things we should ask ourselves as indie developers is why we don’t sometimes treat the visual side of our games with as much respect as we should. 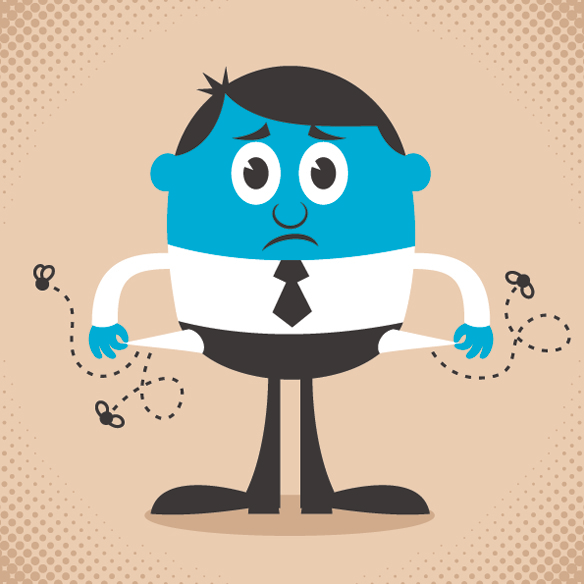 One of the main reasons is that most of us are …well… dirt broke. The painful truth is that most quality game art is pretty expensive, and hiring a designer to make custom art for us is even more so. Because of this, a decent game can quickly scale up to $200 of cost just for the art, and more complex games can cost a lot more.

For those of us who are students or dependants, we just can’t afford that.

So then, we resort to hunting for free assets, which is a terrible bore. Hunting for assets is tedious and very often disappointing; many indie developers can go days without finding decent art for their game (I’ve felt the bitter end of this reality many times). Eventually some get burned out settle with whatever assets they’ve  found up to that point, and hope that nobody will realize that the art isn’t really that good (unfortunately lots of people will). 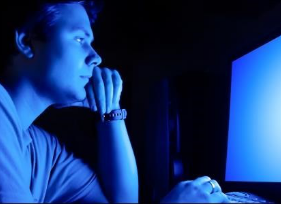 Another reason is that art in games requires a lot of detail.. Everything you do in terms of art is going to be seen by all (if not most) of your players. That means that you once you decide to invest in it, you really invest in it; you can’t afford to be lazy.

For some indie developers, that’s kinda scary. When we’re programming, nobody is going to catch you if you use an algorithm that is theoretically inefficient, after all it’s just between you and your computer. But if you’re lazy with your art, everyone will catch you. So they’d rather not invest in it at all.

And the last main reason is the famous argument that the looks of the game don’t really matter much as long as the gameplay of the game is on point. Because of this idea, many game developers just stick to the programming (“We’re programmers anyway,” they say) and just slap on some mediocre art when they’re finished because they’re confident that the game will succeed as long as the gameplay is good.

I’m going to touch on each reason I’ve raised, but first I’ll touch on the last one.

While it’s true that gameplay is what makes a game good or not, that doesn’t mean that gameplay and good visuals are completely unrelated  (the article I’ve linked to talks about graphics, but the idea behind it applies to any good visuals).

When players play a game, they want to get immersed into the world that the game presents. That game’s world and hence the player’s experience is shaped by the game’s mechanics, but it is the visuals that get the players interested in the game in the first place. Without good visuals, lots of people won’t even give your game a chance.

Also, if your visuals are terrible but your gameplay is good, it will be hard for players to get into the game and enjoy themselves because the poor visuals are acting as a barrier to immersion.

In other words, whenever the brain is getting to that golden goal of immersion, the poor visuals would block it and remind the player that it’s just a game - and an ugly one at that. 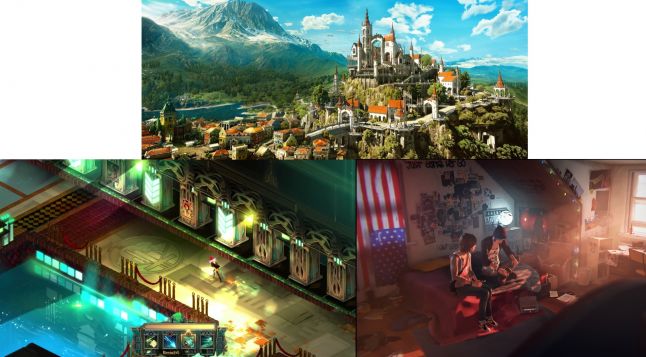 Witcher 3, Transistor and Life Is Strange - three games praised for their visuals (among other things). Source: GiantBomb, Wikia, Reddit

For instance, look at these tweets of mine that show the first prototype of my game Dimension Dash, and the same game while it was in the middle of full swing development. At both of those stages, the game’s mechanics were almost completely identical, but which one would have been more enjoyable to play? Obviously the space one.  Moving a rectangle is fun and all, sure, but moving a hedgehog through space that has asteroids and spaceships! Who wouldn’t take that over a lousy rectangle?

The visuals of a game are what draw players to it in the first place, and they are what make the players enjoy the mechanics of the game’s world (and also the world itself) more once they start playing. They are the game’s first impression, and one of the player’s main tickets to immersion.

That certainly doesn’t mean that you should simply value visuals over mechanics or mechanics over visuals (each games needs a different balance of each), but it certainly means that you cannot afford to disregard the importance of visuals in your games. Player’s will simply find it hard to appreciate how awesome your mechanics are if the world they are in is hindering them from fully experiencing them.  Those “pretty pixels” are important.

A gamer might clear a level or zone in 20-60 minutes, but it probably took us months to design, art, and build it.

This brings me to the first two reasons I raised for why we indie game developers tend to disregard art – because it’s hard. Yeah, we all know it is, but unfortunately we just have to live with it.

Nobody said that making games was going to be a walk in the park anyway.

However, there are some things to keep in mind that would make hunting for assets a lot easier for you: 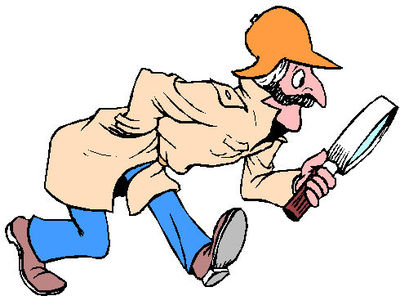 Your hunts should always start from places that are guaranteed to at least give you something around the grounds of what you’re looking for. In case you don’t know, places like Kenny’s, Itch.io or OpenGameArt.org are great places to start.

Beggars can’t be choosers, so while you should have high standards for what you decide to add to your game, you should also remember that good free assets are limited. So you should keep an open mind on what would work for you game. Sometimes, this had turned out with me getting art that worked better for my game than my original idea.

This is really important. You have to learn to edit the assets that you get. If you’re dealing with 2D games, learn to edit pictures and sprites. I use Paint.Net for most things, and GraphicsGale for pixel art.. If you’re dealing with a 3D game, get yourself a copy of something like Blender and learn how to edit 3D models. This will give you a world of freedom as to what free assets will work for you since you’ll be able to manipulate them into what you need them to be in the end.

Signing off for now

Hopefully when you’re starting your next game, you’ll take visuals a bit more seriously now! Humans are animals that care a lot (sometime way too much) about that we see, so it’s important to keep that in mind when making games for them.

One of my favourite bloggers (now retired) Joel Spolsky wrote a blog post that talks a little bit about this, albeit not directly related to games. Please take a look, it’s good!