On replayability: emotion, mechanics, and necessity

Replayability is more than just branching narratives and randomised levels; it's the emotional hooks that keep players come back for more.
Matthew Codd
Blogger
July 27, 2015

There’s a particular word that gets thrown around a lot in discussion about video games, especially when it comes to perceived value: “replayability”. On the surface, its meaning is straightforward – the extent to which a game is able to be played numerous times. And it’s this meaning that people are typically referring to when they talk about a game’s replayability; those features that make multiple playthroughs justified and rewarding. But what is replayability, really? I feel it’s a deeper, more complex issue that it’s typically treated, and – fundamentally – is a subjective quality that game doesn’t simply have or not have.

Almost always, when people talk about replayability, they’re talking about what I’m calling mechanical replayability. That is, mechanics that make each playthrough different or unique in some way, like branching narratives and difficulty. What almost always gets ignored is emotional replayability; the emotive hooks that a game uses to pull you in and engage you on a deeper level.

The idea that each playthrough needs to be unique to be meaningful is flawed, and the best proof of this is outside games. We all have our favourite films, books, and TV shows, those that we can watch or read over and over again. For me it’s 10 Things I Hate About You, the first couple of seasons of Fresh Prince of Bel-Air, and The Princess Bride, to name but a few.

With the exception of Choose Your Own Adventures and similar game books, these other media have no mechanical replayability whatsoever, because they’re not interactive in the way that games are. Short of jumping scenes to rearrange the plot, there’s nothing we can do as the audience to influence the narrative. And yet, we keep coming back to our favourites, watching or reading them over and over again, because on we enjoy them even if we know exactly what we’re getting because we’ve seen it before. This is emotional replayability in action.

The deeper level of interaction and player agency afforded by games means that there’s room for mechanical replayability, but that’s meaningless if it’s not underscored by emotional replayability. There’s no point having branching narratives or difficulty levels if that’s the only thing to entice players back for more; these systems have to hook players on an emotional level as well, or they’re not going to bother. Note that this doesn’t necessarily mean through narrative – the sense of accomplishment from outsmarting an opponent in a tactical game, or creating a massive combo in action game, or even just the game’s feedback when you press a certain button can all be very emotive affairs. 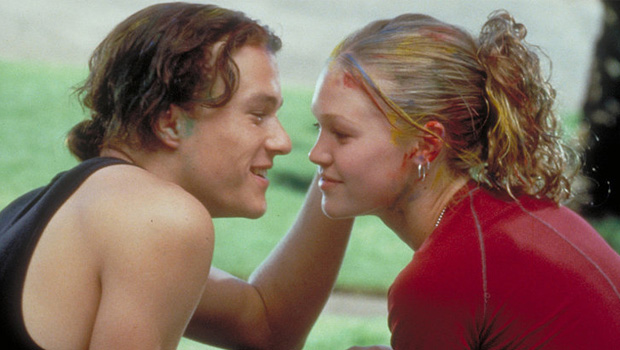 To demonstrate this further, I want to compare The Walking Dead: Season One and Tales from the Borderlands. Both are created by Telltale Games and are almost identical on a purely mechanical level. Both are excellent games in their own right, and games that I can and do play repeatedly – but my reasons and approaches to these replays are very, very different.

Both The Walking Dead and Tales from the Borderlands are adventure games with choice-driven narrative as a core mechanic. Players choose how they interact with other characters through dialogue trees, which result in characters interacting differently with one another and some plot points changing quite drastically.

Despite this, in my countless Walking Dead playthroughs, I rarely stray from “my” path, and when I do it’s very minor. This is a dramatic, heart-wrenching game with some of the best characterisation I’ve ever seen, to the point where I feel almost like the cast are real people. When I’m making decisions, I’m doing what I think is best, and making Lee (the player character) do what I like to think I’d do in those situations. It’s these particular characters – the ones that result from the choices I always make – that keep me coming back. I have no interest in seeing what happens if you make Lee into an asshole, or a silent protagonist. I get the same story every time I play, but it’s that particular story that is making me come back in the first place. The mechanical replayability is doing nothing for me, it’s all emotional.

Tales from the Borderlands, on the other hand, is a game where I will try different paths just to see what happens. It’s not that the characters are less meaningful or deep than those of The Walking Dead; they most certainly are. But, at its core, Tales from the Borderlands is a humorous game, and its jokes carry it as much as its characterisation. As a result, I want to see what happens when you pick different options in different scenarios. In this case, the emotional and mechanical aspects of replayability are working together. The dialogue trees are the mechanic, and the humorous interactions that result are the what elicits an emotional response. 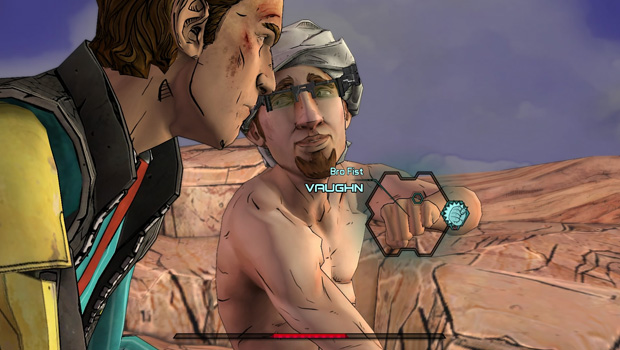 The other thing that I find weird about the replayability discourse is that it seems like it’s always assumed to be a good thing. There’s a value proposition at work that says that “more replayability = more value for money”, but that’s one that I find to be fundamentally flawed, and responsible for the pervasiveness of tacked-on filler content in games that just detracts from the whole thing.

Not every game needs to be replayable. There are, of course, games that benefit greatly from replayability, and even whole genres built around it, like Roguelikes. But that doesn’t mean that it’s automatically, invariably a good thing, and something that developers should strive to work towards.

To turn back to film, there are plenty of very excellent films that are difficult to rewatch. Films like Bully (2011) and The Wolf of Wall Street are very good, and very important movies. But their messages are tied up in how uncomfortable and unpleasant they intentionally are, making them films I’d never want to see again. I’ve never seen it, but I’ve heard the same thing about Requiem for a Dream from everyone I know who’s ever watched it.

Though rare, this is a quality that’s true of some games, too. The way Hotline Miami makes extreme violence and killing “fun”, before punishing players on an emotional level by forcing them to face the consequences of their actions, was a stroke of genius. While it was a fun game, the takeaway from the experience as a whole was sombre and sobering, making me never want to go anywhere near it again – and it kind of felt like this was the point. This makes the inclusion of elements of mechanical replayability – collectibles, high scores, and difficulty levels – run counter to the game’s underlying theme.

I had a similar kind of reaction to The Last of Us. As compelling and emotive as the narrative is, by its design it’s incredibly bleak and depressing, and not something I’d really want to experience again. To be fair, I talked about The Walking Dead in very different terms above, despite it being very similar to The Last of Us on a superficial level. Simply put, The Walking Dead’s story – the relationships, the character growth – more than counterbalance the oppressive atmosphere, making repeat playthroughs fundamentally rewarding. That’s just not something I got from The Last of Us, which tells a very good tale, but one I only want to experience once.

Compare that to the Uncharted series. I’ve played each Uncharted at least three or four times, and I’m eagerly awaiting the release of the Nathan Drake Collection to go back for more. These are games that are completely different from The Last of Us tonally; fun and exciting, rather than solemn. They’re just as emotive as The Last of Us, but in a very different way that makes me want to keep coming back for more, to experience those feelings over and over again.

Which brings me to my point about subjectivity. Because replayability is so rooted in emotion, and isn’t just some mechanical thing you can check off on a tickbox, it’s hard to really design for beyond just making the game you want to make, and telling the story you want to tell. Each player is different, and will react to each game differently based on their own history, personality, and perspective – and by extension, will differ in how the find replayability. I know for a fact that I’m in the minority when it comes to not wanting to play through The Last of Us numerous times. 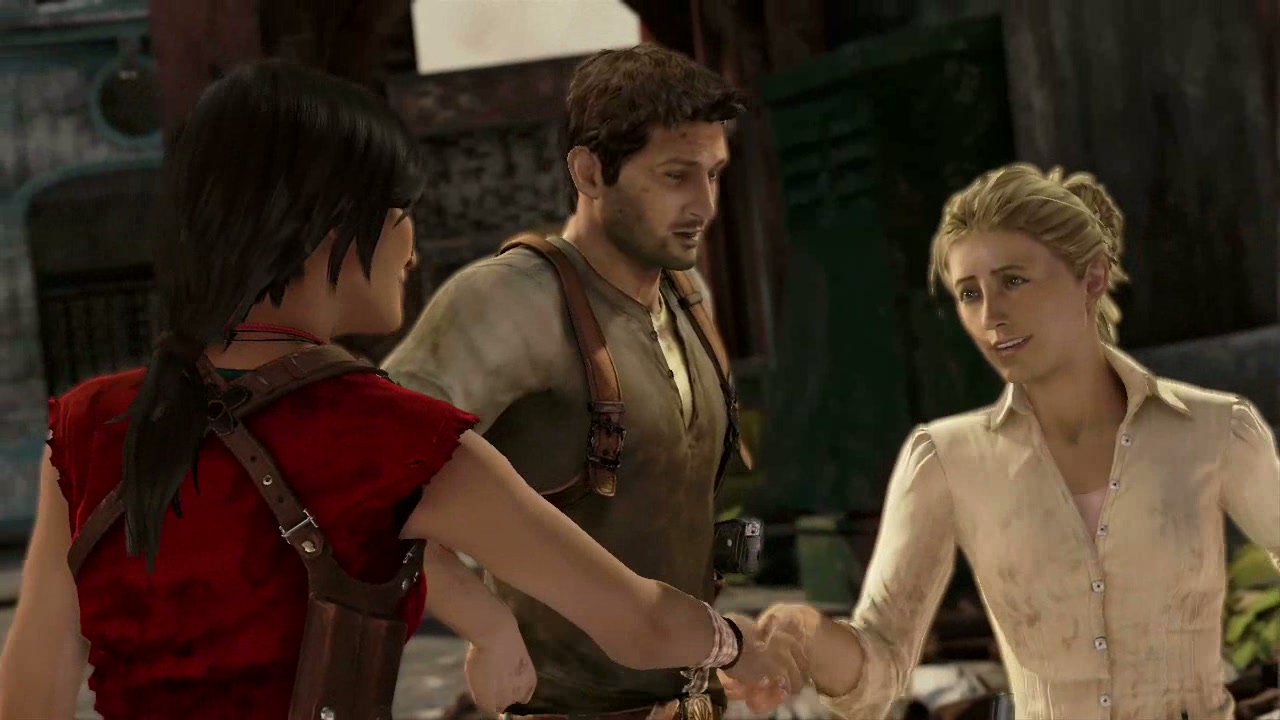 So what does this all mean?

In short, replayability it not some golden standard that every game needs to strive for. Like any other aspect of a game’s design, whether its good or bad all comes down to the execution, and how it fits in with the rest of the game. Some games are play-once experiences, and that’s fine.

Further, we need to abandon this idea that repeat playthroughs have to be different to be meaningful. Not every game needs branching stories or procedurally-generated levels. Before developers even start to think about mechanical replayability, they need to make sure that the emotional side of the game – the part that makes people want to come back for more, and stick around – is solid. Without that foundation, all the replayability mechanics in the world are pointless.