Mobile gaming is fantastic, but I explain my point of view as to why it will never be my gaming future.
Nate Paolasso
Blogger
December 28, 2012

Mobile gaming has become much more prevalent as phones have become more powerful and computer-like. Gone are the days where gaming is limited to the comfort of home, and along with this, the modern, casual gamer has emerged. A person doesn't have to be a diehard nerd or geek to play games now; anyone can, and everyone is. However, this is not the future. While mobile gaming is a quick way to satisfy immediate boredom, it will never completely overshadow the experience that consoles and a PC can provide.

Technology has progressed further in the past decade than it ever has before. Phones are now capable of computer like specifications: large amounts of RAM, multiple CPU cores, and quick processing speeds. The emergence of touch-screen has also made using devices much more interactive and fun. But no matter how far the tech in these devices advances, they will never take a controller or mouse out of my hand. The main reasoning behind this is that touch-screen is very... sloppy, when it comes to control. Minigore is a great iOS mobile game that really shows off touch-screen potential, but I find myself wishing I could play it with a controller in my hands and thinking about how much smoother it would be. Most gamers get sweaty hands when they game. While I am relatively thin, I am no exception; when I'm in the gaming zone, my hands tend to sweat. This is extremely frustrating with touch-screen controls, because I am directly using my fingers on a surface that is also the display for the game. This would definitely hinder bigger and more ambitious games, that ultimately require either a controller or a mouse and keyboard. 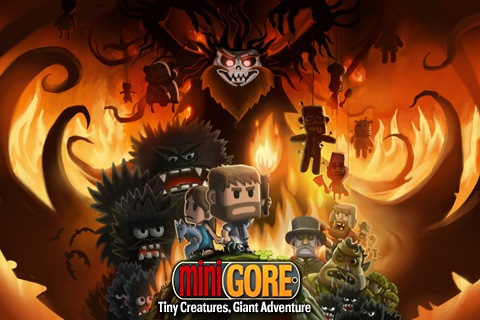 The whole point of mobile gaming is to play games on the go. I don't know if this is just me, but I hate playing really captivating games in anywhere but my home. There are just too many distractions while I'm on the go. Many games on iOS and Android are very fun and engrossing, but in a very different way than console and PC games. When I sit down to play Angry Birds or Minigore, it's not because I am interested in the story or character arcs, it's because I have a few minutes of free time and I need something to fill that time instead of boredom. I can't see myself, or others, playing a game like Bioshock or Dark Souls on anything besides a PC or console. These games deliver such an extraordinary experience that a phone will never be able to replicate.

Mobile gaming is a great thing: it expands the industry, gets people that normally wouldn't play games to play them, and gives indie developers a chance to create something that will reach audiences quickly and easily. Some mobile games are extremely fun and addictive, but that's just it, they're not anything that I come to care about. Every time one of my birds in Angry Birds dies, I don't have a small panic attack because of it. The technology in phones and similar devices will continue to advance and more elaborate games will advance with them, but these games will never replace the games we play now on console and PC. Both need a place in the video games industry, but both should know that they are different things and each should try to strive for different goals.