A brief theory about another purpose of grinding in MMOs beyond stretching the game experience: Creating a mental space that facilitates socialization.
Martin Nerurkar
Blogger
June 11, 2011
(This article is a repost from my personal blog at www.gamearch.com - visit that site for other posts, discussion and future GDC review articles) 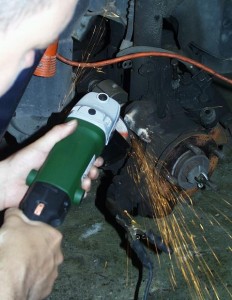 During a discussion with a few game designers at Gameforge we talked about the issue of grinding. Even though it seems contrary to many of the accepted goals of game design it still is a staple of many MMORPGs. Surely the issue of stretching the gameplay duration is “sensible” design from a business point of view when it comes to subscription based games. The longer the game is, the more people will pay. It’s kinda like those ultra-tough arcade games back in the day that just swallowed your quarters. Regardless, we thought, there must be something else there – otherwise people would propably object by now. On the contrary, there are people out there who do enjoy grinding…

So then during this discussion we came up with an important observation I just wanted to share. And that point is that the act of grinding is what enables socialization.

When a game is at it’s best, engaging, enthralling and captivating. When a game gets a player into flow he’s focused on the game. There is little time to talk about other things beside what’s going on in the game. Barking commands and cursing when something goes wrong is mostly all that’s on the player’s mind. However that’s not really conductive to getting to know people. 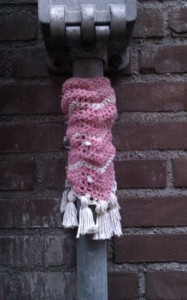 Grinding on the other hand is pretty much the opposite of the experience described above. It’s repetitive and doesn’t require a lot of mental attention or work. In that sense it is not unlike whittling a piece of wood or knitting something. There is a clear goal involved but there’s not a lot of attention required to get there. This is what causes you to get bored. However just like the actions mentioned above, there can be another effect involved. Unfortunately I don’t know if there’s a psychological term for that but most of you have propably experienced it: It’s when your body is occupied with some routine, menial task that your mind can go on a sort of autopilot and wander. While you’re being “productive” your mind can deal with other things and not worry about what you need or have to do.

Grinding essentially has the same effect. You’re clearly working towards levelling up but bashing some simple mobs does not need a lot of conscious attention. It is then during this state that you have enough psychic attention to communicate with others about… anything really.

So that’s when you have the time to get to know the people you are playing with on a personal level. At least that’s our theory.