What does the road from prototype to fully fledged game look and feel like? Reflections after a year and half spent on indie title Cadence reveal game development can be much more emotional testing than you ever imagined.
Peter Cardwell-Gardner
Blogger
October 30, 2014

A year and half ago, Cadence was nothing more than a post-it note on my wall. Today, the game that was supposed to take six months still isn’t done. The “gentle practice run” into the art of releasing video games has morphed into the most challenging and rewarding project I’ve ever undertaken. We’ve reached an interesting point in our journey, so I want to take a moment to reflect on that and look at the road so far. 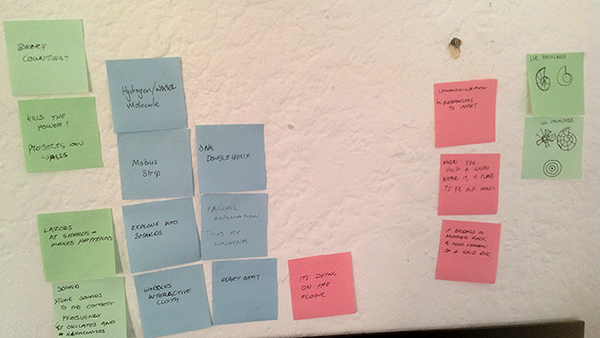 It feels like the number one enemy in any act of creation is time; there’s never enough of it. And of course time and money have their own special way with each other, so in fact you get two enemies for the price of one. When you’re lucky you manage to put this equation out of mind long enough to get some damn work done, but other times it feels like you’re in freefall and the ground is rushing to towards you at a million miles an hour. Being productive under such circumstances can be trying, to say the least. Nevertheless you know that is what you signed up for so you grit your teeth and you hustle and you find a way to miss the ground. Unfortunately, this time the ground didn’t miss.

From the outside, the story of Cadence is setting up nicely. Among our victories we can count being greenlit, getting positive feedback from players, finally understanding the game we’re making, and most of all seeing a fabulous outpour of enthusiasm at local game festivals. I’ve also been floored and humbled to be contacted by students and aspiring game developers who look up to me and find my work inspirational.  That took me by complete surprise, and as much as I don’t really believe it I am still truly grateful.

One of the things I’ve been trying to come to terms with throughout my journey is the question: “What does it mean to be successful?” Time and again I hear the message that success won’t feed your demons and deliver you to happiness (wonderfully exemplified by Stanley Parable creator’s piece Game of the Year). Even though I’m still nowhere near that kind of stratospheric success I think I’m at least starting to appreciate why it might be true.

Let me first say that there are some truly wonderful moments of external validation. To watch someone experience the delight and joy of cracking your game for the first time never gets old. Or a friend telling you they overheard a stranger telling someone about your game, that’s pretty damn cool too. But the thing is, consumption and production are grossly asymmetric. These moments, gratifying as they might be, are really just a fleeting punctuation set against a landscape of gruelling grind. Day after day, month by month, you find yourself in a wrestling match with the same impermeable adversary, trying to figure out how to get your game made.

Sometimes it feels like you have the upper hand. Those tend to be the days when you’re in the zone, you can see the matrix. Everything is falling into place as hours slip past in a frenzy of productivity. Most of all it feels like you’re making progress and getting somewhere. These days are your raison d'être. Without them getting back up and throwing yourself into the ring one more time would be impossible.

Other times though it feels like you’re going absolutely nowhere and the anxiety is overwhelming and everything is taking way longer than it was ever supposed to. That would be okay if it wasn’t for the fact that your money is running out fast and it feels like things are about to explode but you can’t go anywhere because you’re a year and a half into this and the only way out is to either fail or make it happen. Yeah, those days suck.

And that’s just it, the overwhelming majority of your time spent birthing a game isn’t the quaint picture our minds like to draw: It’s not about tweaking a level that final percent so it’s just right, it’s not about the euphoric high of release, it’s not about showing it at festivals and it’s definitely not about playing games all day. Rather it’s about trying to make those connections that seem painfully obvious in retrospect but until you figure it out you don’t have the first clue.

The tutorial in Cadence is currently on its fourth iteration, and it’s still not quite right. To both the naive developer about to kick off production and the person playing the final version of the game, that journey is invisible. They will only ever see the fully-realised tutorial and assume that’s exactly how it always was for anything less simply doesn’t make sense. But making sense of things is a difficult process, one which is only conquered by living with something imperfect and broken for a long time.

I think the reason we don’t hear about this story is because honestly, it’s a bit boring: “Developer fails to make game fun. Still no idea why?” Of course each time you hit a dead end you do learn something about what doesn’t work, and gradually over time the game does get better. But when you’re so close to something the gradual change can be invisible. It only ever appears broken and unfinished.

This becomes emotionally dangerous when you start to invest your sense of self in the game. To believe that you, as a person, will be a failure if your game fails. It makes the hard days all the more desperate, a matter of emotional life and death. As much as I’ve tried to retain a sense of perspective, to tell myself it’s just a game, the process remains inevitable. I think the same could be said for any creator who invests so much passion and energy into a single project.

It’s also very easy to start believing in the corollary: if your game is successful you will be happy. But, as I’m starting to understand, the adulation of eager gamers will never be enough soothe the mountain you had to climb to get there. They are at a distance, mostly just anonymous text on the internet, delivered in euphoric spikes when you hit milestones. They don’t know the reality you live with every day and they are not there with you on the days you need support the most.

This is certainly not their fault, and they are wonderful human beings for being excited about a thing I made. But nature of the narrative in your head is insidious. It’s always possible to wish for more love of your game, and to believe that when you reach this new magical plateau you will finally find happiness and acceptance.

This was thrown into sharp relief while I was demoing Cadence at the A MAZE games festival. I had spent so long fixated on trying to make the game “commercially ready” that all I could see were the flaws. In fact I could barely even stand to look at the game anymore. This meant it was very hard for me to believe it whenever someone enthusiastically heaped praise on the game. “Obviously they are mistaken” I would think. Also they couldn’t know how dangerously close I was to running out of money.

Ultimately A MAZE was a sublime experience. I decided to catch myself poisoning praise and instead start believing it. I decided to be honest about how I felt and what was happening financially and found myself greeted with overwhelming love and support. I was no longer sheepish about the Kickstarter we were planning and most importantly I was damn excited to make a video game again. I believed. 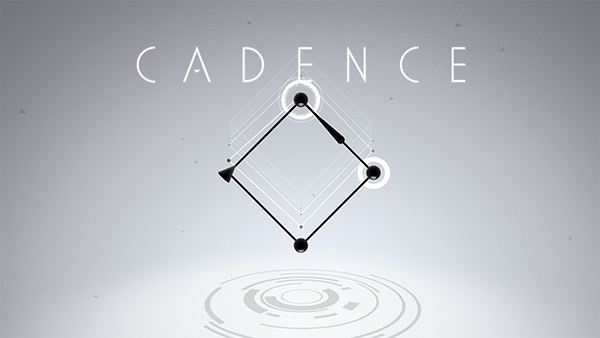 Unfortunately enthusiasm isn’t always enough, particularly when dealing with the slow moving world of bureaucracy. And despite the fact we’ve already done many of the hard yards preparing our Kickstarter campaign, doing so from South Africa adds endless complication. Being held ransom by the slow processes of third parties and staring down a pitiful bank balance, we made what I believe is the sensible choice of putting the Kickstarter on hold until we can get everything in order.

That also means Cadence is taking a forced hiatus while we engage in some contract work. In a way I feel like I’ve let down some people, that I could have done more to keep the dream alive. But, amazingly, as soon as the decision was made I had one of my most productive spells in months. So I think taking a breather might actually be the healthiest thing I can do right now. To recharge our energies so that next year we can hit the ground running with all guns blazing.

Making games is hard, but so are we.