In this blog post, I'm thinking up a new kind of game that should not only work well on the Kinect, but would require the Kinect's capabilities to reach its potential.
Dolgion Chuluunbaatar
Blogger
September 23, 2010

(this post was originally published on my blog http://thedoglion.wordpress.com) 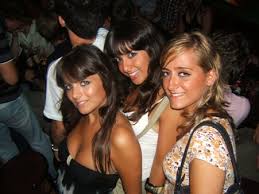 So the Kinect is coming soon, and game designers are now tasked with the challenge of finding new innovative game ideas and designs that work with the Kinect. Not just work with it, but that are now possible (meaning that they had been impossible before). Obvious game types that lent themselves for motion controls in the past are dance games, for example. On a standard controller not much more than rhythmic button pressing, but with some way of capturing actual dance motion it allows for a an engaging dance experience (of course still nothing compared to actually going out with friends). Let's sum up what the Kinect can do.

That's pretty darn amazing, given that the actual implementation lives up to the promise. Milo was obviously a faked "demo" to show off the concept. Okay, let's hope that Kinect actually is able to do these things.

I've always wondered why nobody actually made a pick-up game, where the player has an avatar and goes to virtual bars to basically meet with women/men and hits on them. I mean it's an obviously interesting premise, right? It's a subject that speaks to everybody (well, maybe not children). In that game, you'd essentially walk into a club, or a bar and look for a "target", a man or woman that strikes you as interesting and start a conversation. The goal is to create attraction to get to know them better and eventually "score". I know, I'm looking at this from the man's perspective, but hey, I'm not judging.

There are these pornographic japanese games that are basically blown up sequences of multiple-choice dialog and they are simply porno-games with some corny placebo plotlines. That's not what I'm going for here. Those games paint a picture of the female gender that from my experience at least absolutely does not mirror the real world.

I would imagine this pick-up game of mine to be based on an actual psychological body of knowledge. The people in the game would each have a very very well defined personality, with a very capable AI that lets them act in a believable fashion. Actually, it shouldn't be news to you that there is an entire pick-up artist subculture that is almost completely focused on figuring out tactics and strategies to use as well as ways to change oneself to become more successful with women. I can assure you that these people are successful, and that their theories and ideas are in true scientific manner tried and tested. 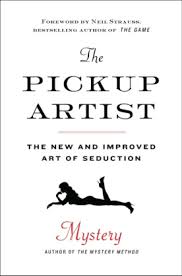 Making a game out of this "source material" would therefore be a challenge AI-wise and also kind of like making an RPG based on a very detailed established rule-set. I don't know why nobody ever gave a real shot at a game like that. Or maybe I've missed out on something.

Anyway, the Kinect comes into the picture when we're talking about how the player interacts with the people (I'm deliberately not calling them NPCs) in the game. The Kinect would allow the game to not only receive the player's voice input and with that drive dialog, but the cameras could analyze the player's facial expression and body language - two factors that are VERY important and impactful in such situations. Thus, this pick-up game the premise of which sounded so cheesy on paper becomes a viable social simulator. I can well imagine feeling the same kind of stress one would feel in a real situation.

I would imagine the dialog as basically a much much more sophisticated implementation of the usual multiple-choice dialog one finds in games like Dragon Age. The girl says something to you and you have like 4 lines of dialog you could say. The challenge if finding the best one, and saying it well, too. Remember, the voice recognition knows if you're sounding confident or not. Apart from that, another player challenge is to interpret the body language and tonality of voice of the woman/man as well, and to make conclusions. The pick-up community has a lot more to talk about on that matter than I could fit here. Just as an example, let's say there is a cute brunette girl of about 22 years old, looking bored towards the dance floor. You approach her and, from your skill of reading body language would be able to maybe correctly figure that she'd like to dance (don't laugh at me for this thought :P, I'm just making this up as I go). And if you could pull it off well by moving smoothly and talking confidently, you could go on the dance floor with her - I even found a way to put a dance simulator in here!

So there, I'm of course assuming that the Kinect can do all this really well. What do you think about this idea?