It's time to break the chains!

Three game concepts were formulated in my mind and it was the moment for me to open my mind, break the chains - in the finest sense of the phrase - and start my own way up. I knew if I went on working for Zeptolab the games would never be created.
Alex Tarasenko
Blogger
October 27, 2014

My decision to left Zeptolab and launch a startup

I am Alex Tarasenko, Team Lead at Lemonauts. I had been working as Zeptolab’s Lead game designer of Cut The Rope: experiments and Pudding Monsters for two years (2011 - 2013). I also worked for Crazy Bit and Mail.ru before Zeplo. My experience in game industry is about 9 years. I took part in designing about 20 games, 5 of which were based on my concepts.

I am grateful to Zeptolab for our long-term close collaboration and that invaluable experience, I got there. I had never seen work of such high quality and games with such fresh gameplays before I decided to work for Zeptolab. That decision was one of the best in my life. But even now I remember warmly the time I spent with Zepto.

But there is always a moment when one realises he wants to go further. Three game concepts were formulated in my mind and it was the moment for me to open my mind, break the chains - in the finest sense of the phrase - and start my own way up. I knew if I went on working for Zeptolab the games would never be created. That very moment I decided to left Zeptolab and  open my own start-up called Lemonauts. I created my team, inviting my ex-colleagues, I had been on friendly terms with for ages.

We started from two small games. We had spent a few months of  work before we decided to  freeze those projects as we were not satisfied with their attractiveness and fascination. It was high time for radical changes and they began. It was something surprising, even amazing. The Lemonauts team began changing in leaps and bounds. New people came and I could see their hunger for creating something new and unusual. Finaly, our team launched the third project called Chain Breaker, which is waiting for review on the AppStore now.

The game creation
As stated above we really wanted to create a new and unusual gameplay. Playing “Chain Breaker” you can't control the character directly, but only change the its path. You should tap or swipe different objects in different locations, depending on the game situation. 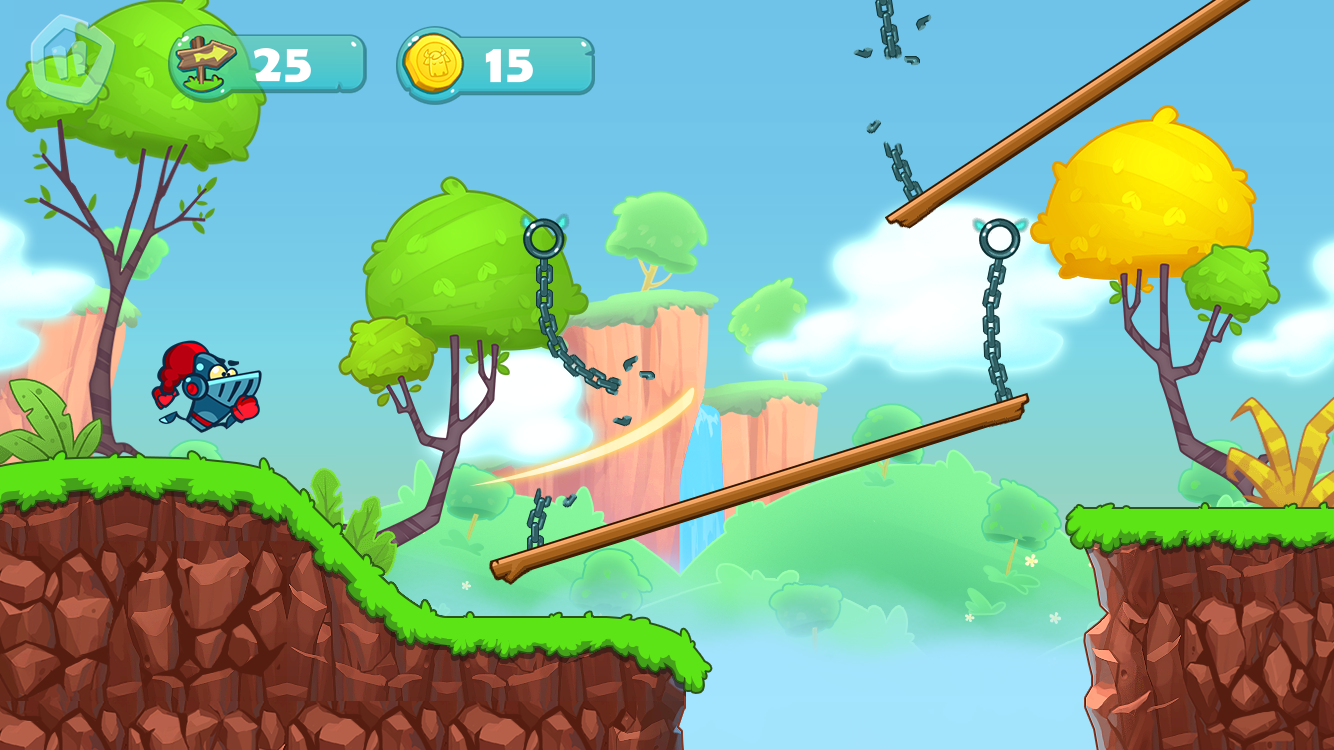 Of course we ran risks launching new mechanics; that was why we were improving our product again and again to “polish up” the gameplay. We had to re-design the levels many times, while testing the game. Initially, we tested it with combined efforts of our team and our good friends, and they gave it to their friends. The results of those tests helped us to indicate and replace some problem levels with the corrected ones to make the gameplay easier for players to undestand and use. 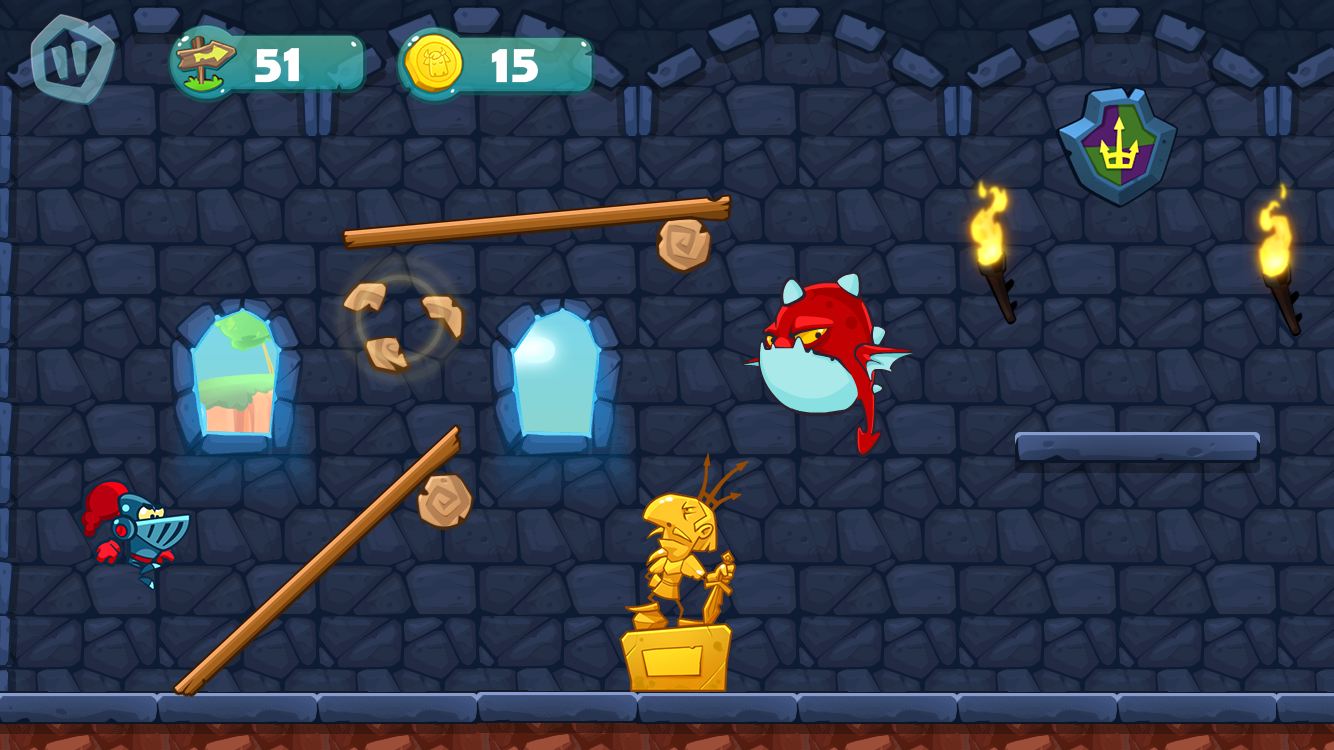 We had changed the graphic design three times before we launched the product. Besides it took us long time to “wrestle with” memory leak and create the right algorithm for arranging different level’s  parts. The way was really difficult, but it was absolutely logical and predictable as we created the product, no one had ever seen before.

Apple factor
Shortly before our release Apple launched its new Iphone 6 and Iphone 6+ with two new resotutions.  There were rumours about new resolutions long before Apple’s presentation, but nobody knew their resolutions exactly. It was impossible to buy new Iphones during a week after the presentation. But we had to adapt our game for new Iphones and we did a trick.  We did it using full hd TV set. It was very unusual to see our mobile game on a huge - half-wall size - screen:). Of course we wanted to test our product on real devices. When they became available in Europe my friend in Riga - many thanks to him - helped us to test the game on his own new Iphone.

Now I’m going to enumerate some aspects, important for creating this games, which however can be applied for many other mobile games:

And the last and most important thing:
Show your game to as many people as possible starting from the earliest versions of the product. It is the only way to find out the gameplay attractiveness on the earliest stages of development.
Thank you for your attention and good luck with your startups!