I played The Sims for a few weeks, and it affected my life

I left my old job, and I had to turn to a comfort game and soothe myself with to ease my long-term stresses. It would have to be something that I am familiar with in the past. So I turned to The Sims 4, and it was interesting.
Alice Thomas
Blogger
March 23, 2020

Games no longer excite me.

Games are turning into fully-fledged experiences. There were ones that I would be interested in playing, including God of War and Fire Emblem Warriors. Still, they would require a considerable commitment to play them for hours. Like you spend one hour in the game, and the closest you get would be a couple of levels or missions done.

I love to have a chance to adequately sample Mass Effect and Assassin’s Creed, but these games require a ton of hours to get the full experience of them, and I do not have all that time to do so.
I could list all the problems I have with games right now.

The main problem is that they tend to be complicated and be less accessible to everyone. I can be proven wrong on many accounts with my reasoning, but then again, I have played less and less in recent years. I even played games that tend to rely on either a steep learning curve to play or borrow a lot from action games that struggle to set them apart from them.

I left my old job, I had to turn to a comfort game and soothe myself with to ease my long-term stresses. It would have to be something that I am familiar with in the past and would not require me to invest hours into fully completing the game. Mass Effect and Halo Wars 2 for that reason would have to sit out for that. I also played a massive chunk of Pokemon Sword, and I lost interest when I stepped into its post-game content. I am only interested in raids for catching some special Pokemon.

But then my memories harkened back to the 2000s when I played The Sims on an old laptop. It was an immense joy when I tried to look after the people there, boast their skills, and then build the house of their dreams. 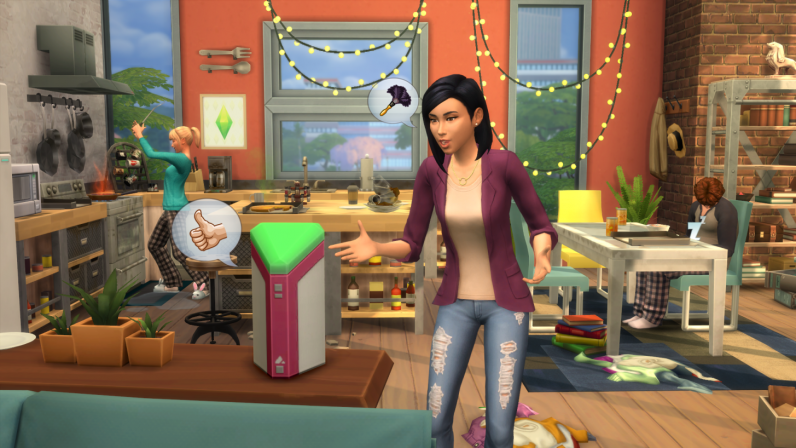 My sister played a ton of both the original and first sequel entries and is still a massive fan of the series. She looks after her children now, which meant no time for her to go back to her game. Me, on the other hand, bought The Sims 4 for my Xbox One and it was dusted for a few months. But I did indeed enjoy the game to its fullest, so much I went into late nights on building my first family with stellar skills. So I have decided this year to return to that game.

As the usual entry point in The Sims 4, I have made my first Sim. I don’t exactly remember her name, so I am calling her A. She moved over to an entirely new lot, and I had to build her a new house. She got a job as a writer and started to learn how to cook her food. But she had to find a mate so she can get married with children.

It was vital as it would be pleasant for me to raise A’s family. There’s a challenge where I can gain an achievement for completing twenty-six generations of my Sims’ family. It was tough, she did manage to marry a man, who then turned into an elder. It wasn’t long before she became that old too, and both of them have managed to have their first and only baby!

Then it all goes interesting as I now had to raise three sims at once! A continued her job, but she did her hobbies of writing her books and doing her paintings. Her husband went on a job and tried to rack in extra money for the household. Their child (called ‘B’) had all that lovely time as a toddler before she grew up and learned how to write her own books. She is now a best-selling author, and she had lived with her wife and two adopted children in the same household, now transformed into a mansion.

The fascinating thing I see from the Sims I made is they tend to do their preferred activities. B wanted to mix drinks and play a game, but I often task her into writing numerous books and doing paintings. The latter resulted in earning monies, and she got to work from her home for most of her life. Even her children built valuable skills when they were young, and they went to work on their great careers. One of them worked as a painter and was painting masterpieces without sweat, while the other was a trans woman who worked as a secret agent. 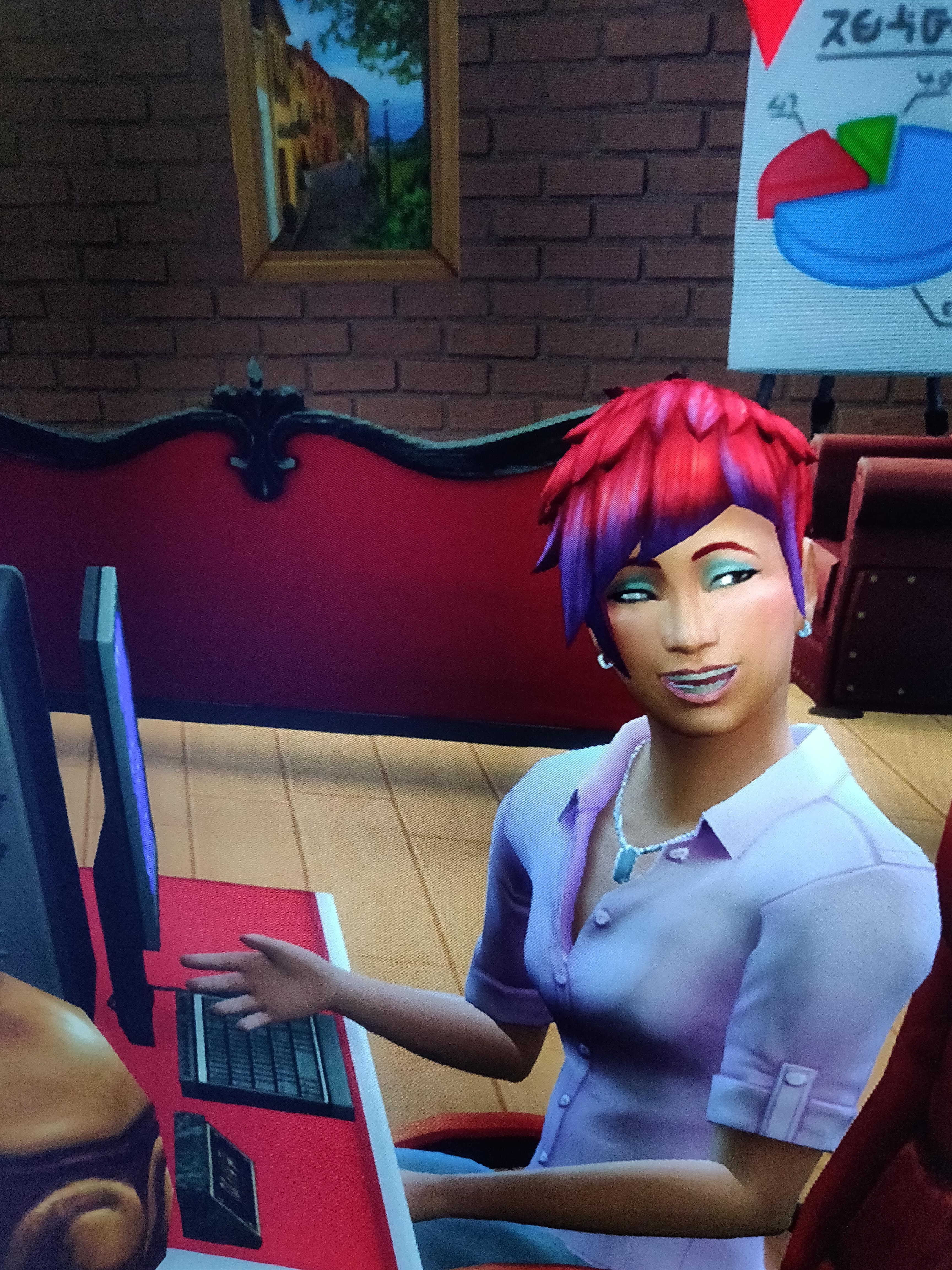 Of course, these things can be somewhat unrealistic, especially they have much shorter lifespans than what we have in real life. It’s hard to motivate ourselves, and not everyone has a luxury of supportive people who can believe in their vision and strive in the careers that they like. It’s important to support anyone to chase their dreams and allow them to try things that will help them reach for that sky.

But the moral of the story here with The Sims is that getting to build families with mansions and great careers can be helpful. When I force my Sims to study books and do creative activities, I too felt like I wanted to read more books and write more as an author. It’s all because that whenever someone in the game made it easier for their characters to do the things they want from them, then why not do them in real life? That game can be a real confidence booster.

The Sims 4 on its own didn’t have all the features to make it a multi-functional experience. It had like four places to visit for activities and drinks and some lots that started with families before they became desolate without any people in them. It even lacked in running restaurants, having pets and entering school grounds, without going for expansion packs. They can sell as high as the price of a new game, and they are more than ten of these packs!

Without that content, The Sims 4 really felt watered down after six years since its first release. But it still offers the same principle. The ability to create and nurture people. It’s not just down to their family building, it’s also about building their skills up to become experts, and boosting their careers to earn more money. It’s also wonderful that when they complete more of their aspiration quests, they can gain more traits and even get to mentor other people. It’s all about giving them roles in life and fulfilling them to get the rewards for their house.

It’s also worth mentioning that by playing The Sims 4 into the wee hours of the morning, I have learnt the things that excite me about games. I enjoy the construction as a means to improve my experience of the game. I enjoy the evolution of characters and getting to unlock more ways to experience the game. I even love to experiment to learn newer patterns and stories to tell about to my friends. 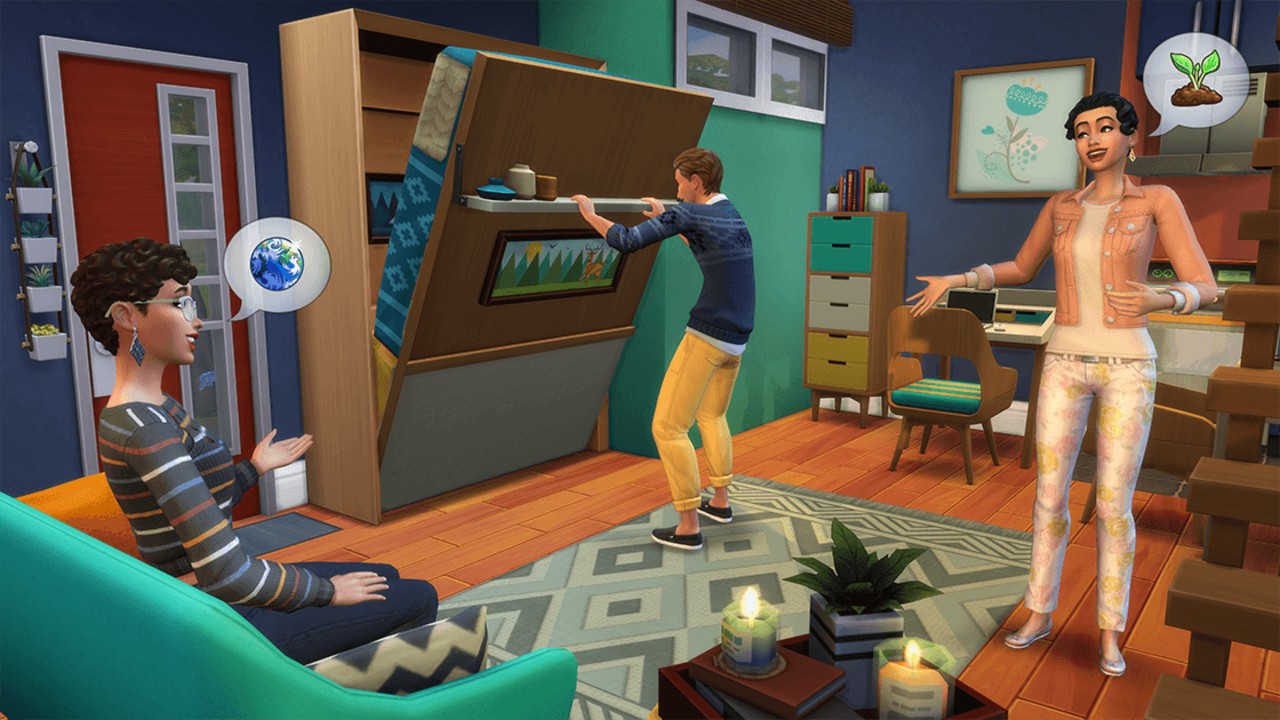 That led me to understand how much I enjoyed the likes of Civilisation VI and Two Point Hospital, as they have provided similar experiences of nurturing and creation. The trouble is that in my experience, a lot of games that don’t deliver on my needs are getting more attention in media. Why go for the likes of racing, sports and action, if I can be given more information on games that prompt creativity and expansion.

There’s a game called Dreams that create mini-games as levels, and there’s Animal Crossing New Horizons that allows people to build a peaceful world on the Nintendo Switch. However, most of that information came by going through social media and seeing videos and posts of all the cool stuff that come from such games.

I am planning to move away from the games industry for work and hoping to read and write more. I am considering to leave my games behind and stick to the activities that I should be dealing with since childhood. The reason I got into games in the first place is so I can escape into worlds and relieve the stresses I had on me. Building the world in The Sims 4 had been a fun affair, and it was an enormous joy to see my families succeeding and craft their stories to remember about.
I am starting to lose steam with the game, for the AI on the people outside my family isn’t right, and the bugs were irritating. Yet B kept on chugging on Youth potions to stay young, while her children got married and started their own families, although they have turned old during the process!

There are a few other games that I might be interested in, like playing through the frolics of Doom Eternal or even sampling the greatness of the upcoming Animal Crossing game. However, there is news that The Sims 5 might be coming that can be really interesting.

Why would I be interested in an EA game, whose company even went on to make expensive expansion packs to increase the game’s content and features? Well, that’s because The Sims as a series has featured a unique gameplay formula, and I have yet to see games out there who would best them out as family simulations. If you know of any alternatives that I would enjoy or Animal Crossing games are more enjoyable, please, do tell me! Because I do not know them as much as what I often see on games sites and adverts.