The world changed in the course of a week. As we lock down in an attempt to slow the spread of COVID-19, game developers have a new role in all this: to provide agency to people when they largely have none.
Rachel Presser
Blogger
March 23, 2020 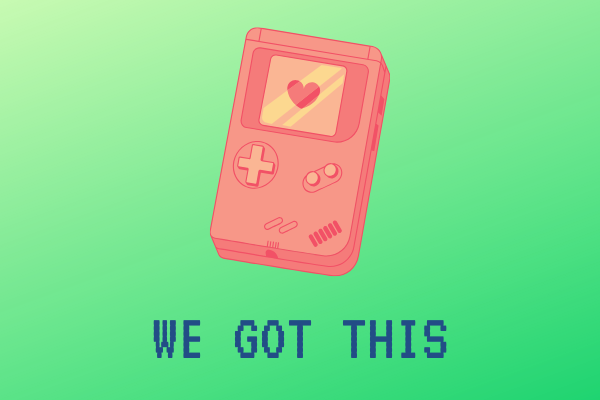 Devs in arms, listen up. This is a rallying cry for all interactive entertainment world-builders. Whether you’ve worked on AAA blockbusters or cobbled together scrappy Twine games, are a household name or got less than 100 Twitter followers: the world needs you right now.

This is a time where people are grieving their future but also our present predicament. I’m trying not to think too much about the alternate timeline where, at the time of writing, I’m wrapping up GDC and am happily hungover at the Metreon telling stories with my dev team, mentees, and whoever else didn’t fly home yet. But as I fling myself back to the harsh actual timeline we live in, I see grieving for the lives that were put on hold, as well as grieving for loved ones who may have had their lives claimed by COVID-19. Remembering the portal that games opened up to me when I was just an incredibly depressed and isolated child living in an abusive home, my older present self sees an urgent need for us more than ever.

It’s not just because billions of people have to stay at home to avoid spreading coronavirus and they’re looking for ways to curb their boredom and restlessness. Some people are using this time to catch up on reading and TV shows or are making adjustments to working at home when they’re not used to it. But game devs are needed for a deeper reason: unlike catching up books and Netflix, games are providing people with a feeling that they have control and agency in a situation where we largely lack those things.

Moreover, games give us the opportunity to play different roles then quickly revert to our default after closing the game. Catching up on Netflix and the Mt. Everest of unread books can open up a mental fire escape, and provide broadening and enrichment. But right now, as we don’t know how long this will go on for? As people unwittingly take on the roles of teachers at home, and service workers take on the role of life-saving first responders? The everyday person stricken with fear, anxiety, and likely hopelessness needs a form of succor that gives them control over the situation.

Games not only enable us to play new roles: they can also be a form of wish and fantasy fulfillment.

It was still totally valid in the “before time”. But having an outlet for fantasy fulfillment is literally going to keep people alive right now.

It’s ironic: before all this happened, I actually had a draft for a future Gamasutra piece or perhaps a Medium story about how players and devs alike speak of the fantastical dreams games put in them, but that we don’t talk enough about the totally banal fantasies games can fulfill. There’s been talk on Twitter forever about how most sitcoms fulfill broke and atomized Millennials’ fantasies of having friends who they can see regularly, but in these apocalyptic times?

Oh, are we ever going to need games that fulfill THE most banal desires. Games that can help us relive the simplest pleasures like seeing our friends and family members, going to restaurants, and dating without any screens involved because you met by happenstance from just going out. But if this hell is really going to last at least 18 months, it causes us to take stock of the simplest things we may have taken for granted. Seeing a friend for coffee? There’s a game all about that, a source of comfort as we self-isolate to hopefully get back to the real thing as quickly and safely as possible. But no matter how you cut it, games can help us fulfill the most banal of fantasies in addition to the most out-there and prodigious.

Games also bring people together just as much, if not more than, a shared love of other media and culture allows. As we’re paralyzed by fear and uncertainty with this backdrop of long-term isolation, games are still bringing people together even if people physically can’t get together in living rooms and conventions. (Seriously, don’t invite people over for game night now. Stay home and slow the spread, even if it sucks being all alone.) The communities that developers and players have built are standing strong in the face of quarantine, as people within those communities seek a source of hope or just plain escapism.

Speaking as someone who had to endure long bouts of isolation throughout both childhood and adult life, games were virtually always there for me. I’m continuing with my own productions to give back and help provide that window into a new world. Whether your game is a long narrative rich with options that makes the player contemplate the human condition courtesy of all this new headspace, or is a silly and light-hearted break from our bleak reality? The world needs it. Being continually tapped in to the news and social media can erode one’s threshold for coping with anxiety and depression. The world needs your work whether it makes them laugh, think, or both.

In this pandemic era, the role of artists, writers, and creators and how society views them is being called into question just as much as the physical labor of short-order cooks, grocery stockers, and delivery drivers. Creatives in general, but especially game developers, get spurned by society. I even see this hatred lobbed at us by supposedly progressive people, creating this unwinnable paradox where people want what creators have to offer yet resent them for being able to make a good living from it. As games have reached this flux state where the major changes are taking place to address broken distribution for indies and hour and pay inequities for studio employees, it’s safe to say things will not be the same after all this is over. It doesn’t matter that you can work from home and meetings can be had through Zoom, Citrix, and other tools. It’s not going to be the same.

So to get through this and the next steps, game developers need to be there for each other as a community whether the way we’re perceived will change at the end of this hell or not. Our careers and lifestyles were often already perceived as isolating, some of us simply having to do so for protracted timeframes to get things done, so we’re already ahead of the game. Amidst the chaos that coronavirus has sowed, we must form a mutual aid network. Many developers are facing job or client losses while being unable to recoup show-related expenses in light of everything shutting down.

As for the game you were currently working on before the pandemic was declared?

This hell is irrevocably going to change our work in progress. Our environments and daily lives inform our storytelling and shape our characters. This global trauma is absolutely going to shape how you view situations and character interactions you might not have given a second thought to before. It’s up to you if you want to take a “the show must go on” approach and continue with your design and storyline and planned, or incorporate the current reality of lockdowns and mass anxiety into the game. Personally, I’m opting for “the show must go on” since my game is all about changing lives in a changing city, with conversation among friends and co-workers driving much of the action. I know that this is a time when people wish they could be conversing with friends and going out, and not want to take it for granted when we regain the ability to do this.

You need to focus on regrouping first in terms of family, checking on your dev team, and your own physical and mental health plus financial realities while adjusting to this current reality. Take the time you need to grieve and regroup, especially if quarantining is making you relive personal or generational trauma. Since we don’t have to commute and can’t go out, revisit the games that inspired you or provided an escape route.

But when you’re ready to turn your computer on again, don’t abandon your project unless you seriously have to. The world needs you right now to provide escape, a form of agency, and game-making can also still serve as your means of establishing control over this unprecedented situation. But people are afraid and hurting. They need a release valve now. Be their light. Be that worldbuilder whose work bestowed them with laughs and hope, or perhaps a new channel to cope with grief and anger.

We’ve been in the writers’ rooms, or our own homes and/or much-missed favorite coffee shops when we constructed worlds that seemed fantastical and unthinkable. What kind of world are we going to help build in real life next?