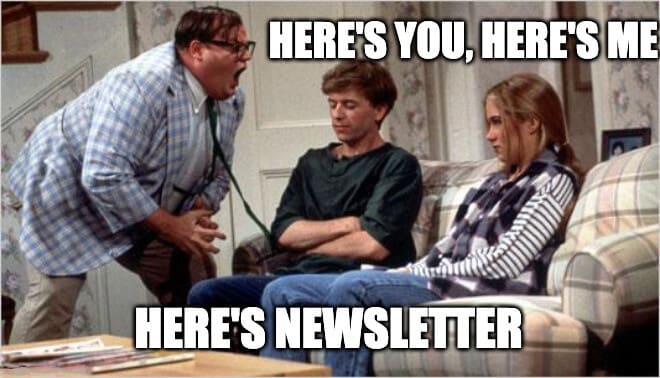 This week Unity verified the High Definition Render Pipeline, meaning it is out of preview and ready for production use. With that came a lot of strong posts on making the most out of HDRP, so if you've been holding off, now is the time to dig in.

DOTS, the Data Oriented Tech Stack, which includes the Entity Component System (ECS) was another common topic, check out the video tutorials below.

Of course, there was more of the usual great content around Shader Graph, the Visual Effects Graph, and effects in general. As well as plenty of great tips and examples on the coding side of Unity game dev. For some useful assets in your coding life, check the Assets section.

HDRP: Out of Preview in 2019.3 - High Definition Render Pipeline is verified in 2019.3 with new features and artist tools for achieving high-fidelity graphics.
Unity

Fixing World-Space UI with Unity’s HDRP - If you have decided to jump into using Unity’s oft-touted High Definition Render Pipeline (HDRP) for your next project, there are a lot of gotchas you probably won’t uncover until you are well on your way. I was stung the hardest by the HDRP’s inability to play nice with Unity’s UI in world-space - at least before I did a few simple things.
Travis Hawks

Sprite Stencil Overlay Breakdown (Forward Renderer) - Hey! I recently helped someone out with an effect they wanted to create, which involved creating an dithering-like overlay effect when the character is behind other sprites. I thought this might provide a nice example of how to use the Universal RP’s Forward Renderer to override Stencil values, so thought I might as well write it up as a post.
Cyan

Ultra Effects | Part 9 - Obra Dithering - I recently finished Return of the Obra Dinn by Lucas Pope, a fantastic detective game about an ill-fated ship and its crew. One of the distinguishing features of the game is its 1-bit early Macintosh graphical style, which is realised by an extremely in-depth dithering effect. You can read Lucas’ excellent articles on how to perfect the dithering effect - today, we’ll cover the basics.
Daniel Ilett

Skewing - Did you know you can skew objects in Unity without skinned meshes or shaders? All it takes is a hierarchy of 3 transforms! (2 transforms for 2D skewing). Zi Ye breaks down how to implement this trick.
Zi Ye

UNITY ADDRESSABLES: PlayFab CDN Integration - How would you cut your content update iteration times by 10x? You know, these 5+ days you may spend to ship a new build with updated game assets. Let's see how to improve these times with addressables and PlayFab.
The Gamedev Guru

Signals Without Garbage - In our game Academia, we were using this signal system before but it has a major downside: garbage. It incurs garbage whenever a value type parameter is passed (boxing) and read (unboxing) as it accepts parameters using the “object” supertype. Something must be done. It turns out, the solution is pretty easy.
Coffee Brain Games

Introducing the Unity Student plan: Start creating like a pro - We’re excited to announce the new Unity Student plan. If you’re a student, you can get free access to the same tools and workflows that professionals use on the job in industries like gaming, architecture, engineering, automotive, and entertainment.
Unity Affiliate

Reinforcement Learning with Unity ML Agents - In this post we present an example bot built with C# and TensorFlow framework, that learns to play a game in a simple Unity-based virtual environment using one of the state of the art reinforcement learning algorithms: soft actor-critic.
Gradient Blog

Custom Gravity - This is the fifth installment of a tutorial series about controlling the movement of a character. It covers replacing standard gravity with a custom approach, through which we support walking on a sphere.
Catlike Coding

Issues with new InputSystem - Did you encounter a problem with the new InputSystem rebinding UI? It does not record space or return? The cause is the EventSystem catching those keys for the button navigation. Our Unity tips for this week: Update the EventSystem component to prevent this! [gif tutorial included. For another tip on debugging the EventSytem, check out this tweet by Jaun Francisco Mora].
Binary Impact

How Many Temp Allocators Are there? - Last time we saw that jobs apparently have their own Temp allocator. Still, it was unclear how many of these allocators there are. One per job job? One per thread? Just one? Today we’ll run an experiment to find the answer!
JacksonDunstan.com

Escape the witch’s cottage in our new VR learning experience - Our brand new project for Unity Learn is an immersive VR escape room. Explore the potential of VR in Unity and create your own experience in a simple prototype environment. Let us introduce you to working with VR in Unity – with clear learning material and engaging gameplay.
Unity 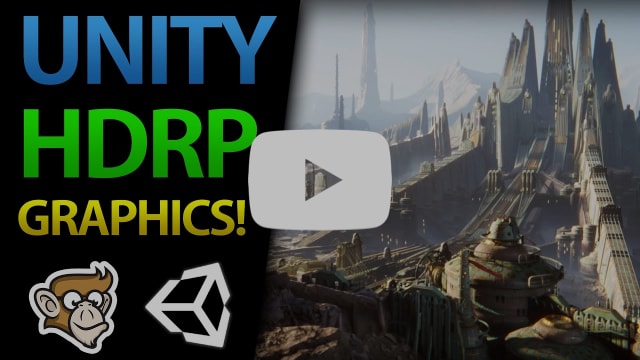 Pixelation effect and shader - In this video we'll show you how to achieve a pixelized scene transition thanks to a shader. This effect has been used in many big titles like Super Mario and The binding of Isaac!
TNTC

Floating Origin: Solve Long Distance Glitches (Unity3D Tutorial) - Ever dealt with glitches or flickering issues when your camera gets far from the world origin in Unity3d? In this tutorial you'll learn to use a floating origin to reset the player camera to 0,0,0 smoothly. A floating origin is a technique which brings all objects back to 0,0,0 in world space without allowing the player to detect that that is happening.
Matt MirrorFish 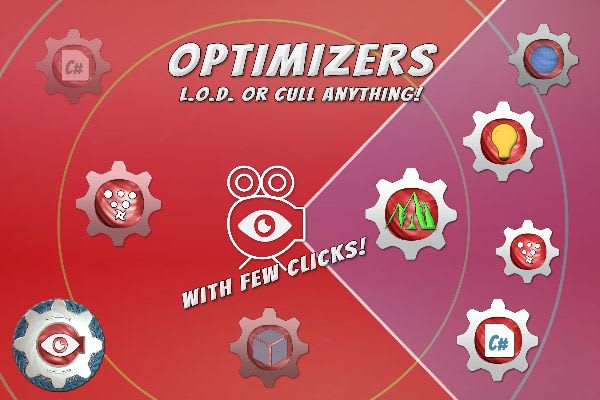 Cull, deactivate or activate, adjust quality basing on distance or visibility. Do it on anything inside scenes of your project! Give your game more FPS and be able to arrange more details!

Blender Sprite Sheets - This addon allows you to export an animated 3D model to a sprite sheet and import it into Unity. It can be used for pixel art or pseudo-3D assets to improve performance in your game projects. Simply model, rig, and animate your assets in Blender as you would normally, and then export all animations to a texture sheet and metadata sidecar. These two files can be imported into Unity, automatically creating animations for each Blender action. [If you liked to read more on this type of technique, check out the author's Reddit post, as well as Art Design Deep Dive: Using a 3D pipeline for 2D animation in Dead Cells].
Michael LaPlante Open Source

Object Placer Tool - This tool allows you to place objects/meshes/prefabs where you click in the scene view, provided there is collision detected where you click. There are several features that include random scaling and rotation, aligning the object to the collision normals, tags, toggling static, assigning a parent etc.
autumnpioneer Open Source

Wrapping - Wrapping rope is a tool for creating thin rope stretched between two points. Wrapping rope does not provide realistic rope physics, but very useful if you want to show very long rope, that could bend, if it collides with other objects. For example, you can use this tool for creating bungee cord, sling, cable railway, catapult.
DK Denis Kirillov Affiliate

find-unity - Are you looking to set up a local build pipeline for Unity? I've just released a command-line tool for macOS called find-unity that can locate the specific version of Unity your project was built with.
Scott Doxey Open Source

FlyCamera.cs - A camera controller for easily flying around a scene in Unity smoothly. WASD for lateral movement, Space & Ctrl for vertical movement, Shift to move faster. Add this script to an existing camera, or an empty game object, hit play, and you're ready to go.
Freya Holmer Open Source 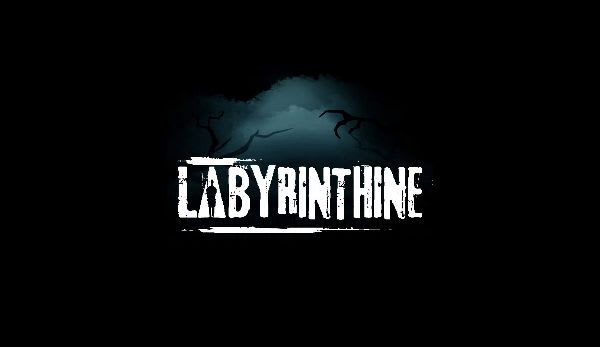 Labyrinthine - Labyrinthine is a cooperative horror game focused on delivering a terrifying experience for up to four players online. The game takes place within a labyrinthine maze filled with nightmarish creatures that prey on the fear of those unlucky enough to get lost between the hedges. Players will have to use their skills to solve puzzles, collect clues, and ultimately unravel the dark mysteries standing between them and escape. All of this while they avoid monsters, sinister agents of an unknown power, and the other unfortunate souls who already succumbed to the evil of the maze; people just like them, who were transformed into the very things they feared.

This is the fate that awaits you within Labyrinthine.

Escape, or become what you fear most.