Questioning current conventions and forms is good for expanding a medium; critical videogames are an interactive way of doing this. This post briefly outlines one take on critical games and offers 12 short form freeware examples.
James Cox
Blogger
November 07, 2014

The Best of All Possible Worlds

Candide is a fine read. It’s poignant and pleasantly satirical with a fast moving plot; or at least its plot was fast moving for its time. More so, satire, while sometimes employed for the purpose of humor, is critical; in the case of Candide, critical of optimism. The novel was highly controversial upon release, banned by the administrators of Paris and it even occasionally faced censorship issues within the United States. So how does this relate to games?

It’s good to play the devil’s advocate. It expands ideas and shapes both culture and phenomena into more solidified and stable states. Game culture (both the creating and consuming sides) need critical games. Games that take accepted interactive media conventions and turn them inside out. Games that say “I totally get why we do this, but… what if we do it differently?” Games that help broaden our definition of games, and our expectation of games. More so, games can be critical of other aspects of culture as well; they don’t have to solely be aimed at game culture. For instance, Boys Like Blue Girls Like Pink is critical of gender norms.

Sometimes crtical games fall on deaf ears or aren’t volatile enough to get their points across. Think about that for a minute: if you made a game to go against the grain, and it doesn’t upset anyone, does it convey its critical message? Is it really challenging opinions? A friend once told me, “If everyone has the same lukewarm opinion of your game, then you’re doing something wrong.”

A critical game doesn’t need to be banned like Candide to make its point (although that would add to its reputation), but it should turn some people away, if not just disgruntle them. Don’t mistake polarizing for critical though. There are plenty of abrasive games that are plain bad. Just that, if your game covers any ground that is in need of reform, it will be controversial to some degree. This feels strange, especially when we’ve been told to design games that our target audiences should enjoy.

To be fair, not all critical games are satirical either, nor is satire a binary (like much else in our 21st century world, satire is a continuum.) For instance, Steam Shovel Harry is almost fully a satire of in-game tutorials, while Free Will could be viewed as one, but (at least to me) seems to explore its subject with less irony.

This post isn’t meant to be an in-depth discussion of critical games and critical gameplay, there are academicly published works and other articles for that. This post instead shows some interesting examples of critical games (with only one self-promotion, I promise!) This list is also far from exhaustive. A few notable examples not included are: Desert Bus, Spec Ops: the Line(which isn’t freeware), Boys like Blue Girls Like Pink, Achievement Unlocked, and Garugol Lord of Shadows executively appointed Arch Duke of the Pyramid Realm.

As a final note before diving in, the descriptions may contain spoilers. I recommend playing the game first and then reading further. All games below also only take around 15 minutes max to play; except for Cow Clicker, which ended in the 2011 Cowpocalypse. 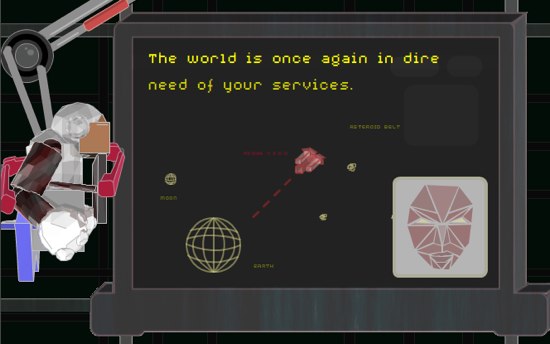 This is a game that embraces the awkward unnaturally long tutorial, by Allen Henderson. Much like the beginning of Star Wars: Knights of the Old Republic, there is external pressure for the player to hurry up and complete the tutorial, while the game seemingly tries to delay you. In Steam Shovel Harry, you’re rushing to save Earth from an incoming projectile. Yet, as the tutorial carries on with extensively unneeded material (Physics 101 and Physics 102 to name two), you’ll become more and more anxious. 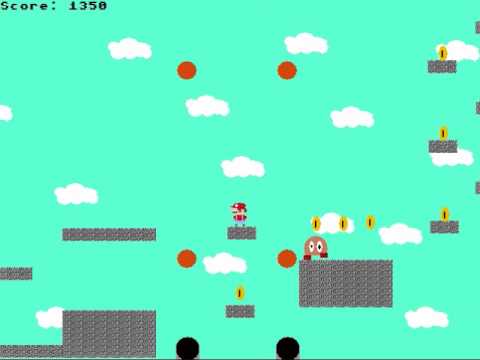 Created by Awkward Silence Games, you can only play One Chance once. Well, per computer. Or if you’re really desperate, you could probably find where it saves the file and delete it; but assuming we’re not that kind of person, you can only play this game once. Choices matter. You can’t replay it. It throws the player into a powerful scenario where their character inadvertently began the death of all life on Earth. What does the player value most? A last thrill? Spending some final quality time with their family? Or forgoing closure and working in the lab, praying for a cure. The end is permanent.

Made by James Earl Cox III, and ported to flash by Ben Sironko, Don’t Kill the Cow is a side-scrolling game that questions the importance of goals and authority in games. There is only one way to win the game: don’t kill the cow, but is winning the game worth it? How much do the simple phrases like “you win” and “you lose” mean to the player? (*This is my one self-plug ok, I promise).

A short pet simulation game that alters the genre and modifies the relationship between the player and their digital companion. Unlike other pet simulators, this one allows the player pet relationship to run its course and reach a conclusion.

Cow Clicker is Ian Bogost’s satire of Facebook social games. You click a cow, wait a while, and then you can click it again. Clicking friends’ cows helps your friends out, and what social game would be complete without micropayments? While you “can still play” Cow Clicker, the Cowpocolypse has happened, so you’ll be clicking the absence of a cow more than clicking a cow. 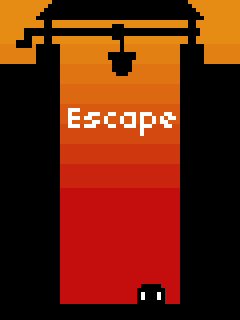 By Bento Smile and ported to flash by Terry Cavanagh, Escape! is very simple. It makes the player question the way they approach problems in games and is critical of the way we interpret the game space: is the magic circle all internal? Or can it extend beyond digital space?

You Only Live Once 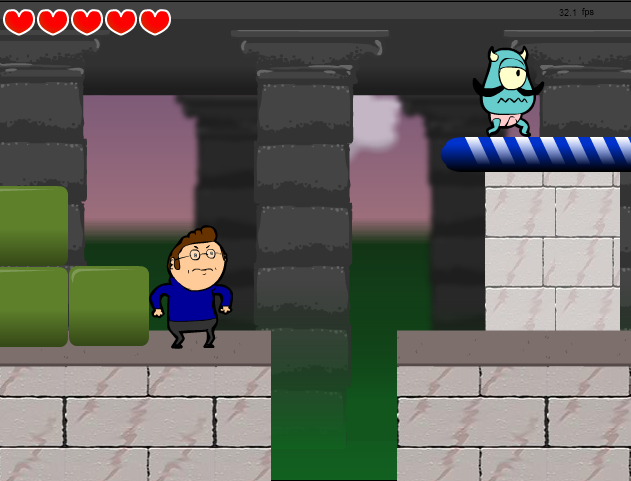 By Raitendo (Marcus Richert). This game’s critical aspect is akin to One Chance, but is more satirical and takes on the Mario-esque platformer genre. Once you play this platformer and perish, you can continue the game, but you won’t be playing. You only live once.

Free Will - The Game 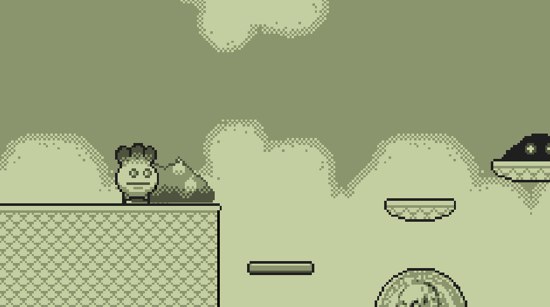 Another Marcus Richert creation, this game proposes a more realistic approach to the term “Replay.” Assuming that if you were to truely replay Free Will, you would have to do so without any prior knowledge of the game: you would start from scratch. As such, if the player presses the replay button in Free Will, the game will repeat the player’s actions per their first attempt, leading up to their death, just as it had happened before: if one was to truly retry, relive, a scenario (effectively going back in time and removing the memories of what the outcome was), they would repeat the same actions as they did the first time.

By Mike Sennott, this game turns what-should-otherwise-be-considered-a-simple-task-of-just-pressing-the-up-arrow into a struggle. We’ve been conditioned to explore and prod, yet Ockham’s razor can apply to videogames too. Play can come in many forms and passive consistency can be hard. 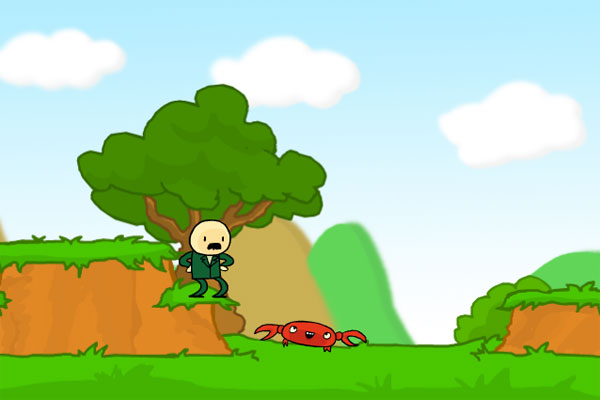 By Marius Fietzak, Benedikt Hummel and Irina Gross, this game take the traditional platformer idea of stomping stuff (usually living creatures) and gives it a more severe fate. You can’t simply go around crunching innocent animals just because you feel like it, punk. 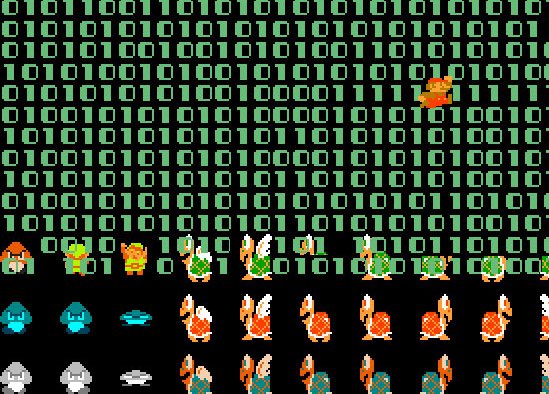 Ok, so I sort of lied when I said there were “12 Critical Games” listed here. Retro Sabotage isn’t a single game but a compilation of critical games. All of them retro and refitted with alternative meaning: adding viewpoints to traditional games, questioning mechanics, or altering the meaning. They’re all pretty neat. Check a few out. I recommend Docudrama.

Pheww, that was a a lot of critical games

Yeah, I probably should have said it at the beginning of this list, but there is well over an hour worth’s of videogames in here. That’s a ton of time you might have just spent playing critical games. And if you look elsewhere online, you’ll find many more.

The beauty of short form critical games is that they deliver their message before overstaying their welcome. And most of them provide insights into alternatives to accepted norms. So if you make games, rather than let that one awful videogame (or societal) convention nag at you, try your hand at a critical game; you might create a neat impacting project, or maybe your game will get banned somewhere in the world.