These are my memories... Growing up in a world with three TV channels and paper mail... My years writing some of the earliest 8-bit games (CRISIS MOUNTAIN, DINO EGGS, SHORT CIRCUIT)... And now reviving my best-selling game as DINO EGGS: REBIRTH.
David H. Schroeder
Blogger
September 14, 2015 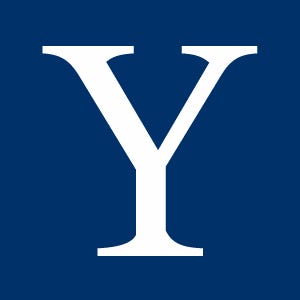 Five years later, I was making my living writing home computer games, and would continue to do so for the next nine years.

You understand –– my story begins before the Internet, before Windows, before Apple.

In 1976, I was a junior at Yale, and the phrase “home computer” did not exist. Yale had just proudly installed its first PDP-11 (the size of a large closet). No longer would students need to save their data on thick poker decks of punch-hole card stock. Open reels of shiny magnetic tape were the thing. Each student purchased his own reel of tape for $20. I kept my tape from unraveling with a rubber band; it didn’t even have a case.

We learned languages like Fortran, APL, and LISP from a professor whose first language was Hungarian. I turned every programming assignment into a game. This did not please the professor, but I enjoyed every minute of it.

Not for an instant did I think computers had anything to do with my future. I majored in music. I was born to be creative (or so I thought), and nothing with the word “science” in it (like computer science) qualified as being creative. Trying to be creative in that computer science course got me my lousy “D.”

It was only four years later, as my first attempts at a post-graduate career were foundering, that I noticed the computer game genie escaping his bottle at local taverns and 7-11’s in the Seattle area. What were those machines over there in the corner? They weren’t pinball. They weren’t one of those blocky black-and-white Pong screens. They had color, multiple moving images, and joysticks.

Joy. That’s what you felt when the moving images responded to your hand movements. Wow. I’m a part of these images. I’m in these images. 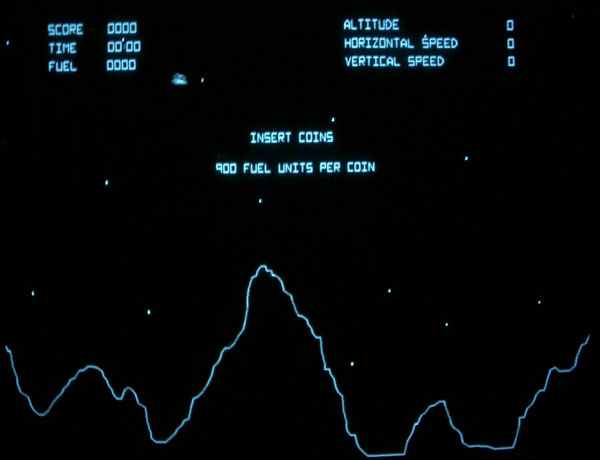 And every couple of weeks, another type of machine magically appeared, expanding this new realm of motion and –– what was that new word –– interactivity?

Here comes Lunar Lander –– with its emulation of rocketry and physics...

Is this what these games will become –– all studious and tutorial?

Here comes Pac-Man –– with that steady treadmill rhythm, and the brilliant turn-on-your-enemies twist. 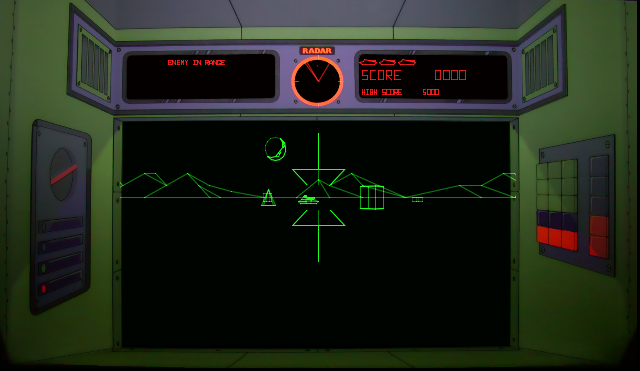 Here come the tanks in Battlezone –– with those vivid neon-crisp vectors throbbing across the screen...

Will games now be drawn by these cool green lines rather than with red hot pixels?

Here comes Missile Command –– with that stubborn little bowling ball of a controller...

Where is that landscape coming from?  Could it keep going on forever?

No one knew anything. 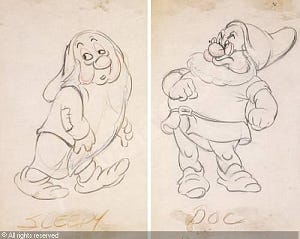 In 1937, Walt Disney created the first full-length story told in hand-drawn animation, Snow White and the Seven Dwarfs. Before Disney, no one imagined that a cartoon could hold an audience’s attention for more than six or seven minutes. No one imagined that an audience could care about such obviously artificial characters like the dwarfs, even to the point of weeping with them.

You had skin in the game, and that skin was made of pixels.

Next Post:  No Such Thing as a Random Number

These are my memories...  Growing up in a world with three TV channels and paper mail...  My years writing some of the earliest 8-bit games (CRISIS MOUNTAIN, DINO EGGS, SHORT CIRCUIT)...  And now reviving my best-selling game as DINO EGGS: REBIRTH.

ProgrammingArtProduction
Get daily news, dev blogs, and stories from Game Developer straight to your inbox
Subscribe