Dear Xbox: Don't Get Left Behind

Xbox has been incredibly lucky through the Xbox One generation that PlayStation - its closest rival - hasn't pushed the advantages available to it through its controllers. This is an open letter warning that Xbox may not be so lucky twice.
Jibb Smart
Blogger
December 24, 2019

[This article was originally posted on GyroWiki here]
Dear Xbox,

Hi, I'm Jibb, and I'm a big fan. I love how you make it easier for a lot of people to get into games than with a computer. I’m stoked that you're taking accessibility really seriously. And I'm so glad you pushed for cross-play this generation, even if it was from behind, just like PlayStation tried to last generation. But now it’s actually happening, and there’s no turning back. Well done!

I think you're really good for gaming, and it's with that in mind that I write this letter to tell you: I'm worried you're going to be really, really behind next generation. 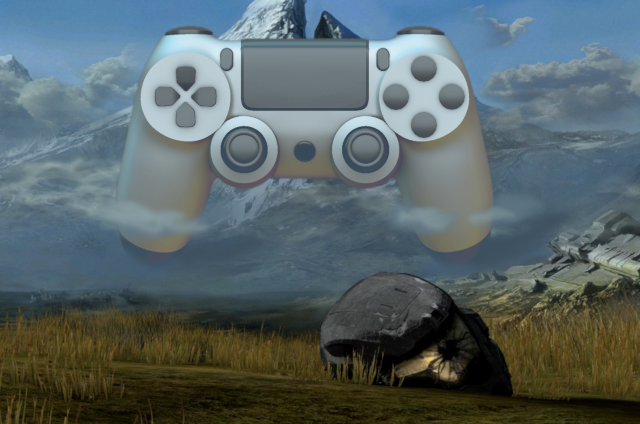 Sure, your controllers are the best in at least some ways - having triggers that respond to the slightest touch, compared to the DualShock 4’s huge hardware deadzone and the Switch’s lack of analog triggers altogether is one example. Your controllers also have a reputation for great sticks and great overall shape. There are plenty of reasons to prefer an Xbox controller for games that traditionally play better with a controller than with a keyboard and mouse.

But great sticks and triggers don’t hold a candle to a mouse for a variety of genres.

Some of those genres, like RTS and MOBA, basically don’t exist on console, or only appear in non-traditional ways that creatively work around the limitations of playing with a controller. These are great, but no one’s playing Starcraft or Dota on an Xbox (for now).

Others, like FPS and TPS games, are still reasonably playable on consoles. Of course, these games go to great lengths to cover up the limitations of aiming a weapon with a tiny joystick, and even then they’re still notoriously hard for first-time gamers to pick up. Console players are usually kept separate from PC players (or mouse players specifically) to keep things “fair”.

You know this, as it was your most iconic franchise, Halo, that got thumbstick aiming to an acceptable level of accessibility. Halo’s developer Bungie basically wrote the book on aim assist. But did you know that Halo can play much better with a PlayStation controller than with an Xbox controller?

If this sounds like a long ad, I’m not selling anything. I’m just trying to get games to play better than they currently do. I’m trying to close the gap between console players and PC players. And with blog posts, videos, and free open source software I’ve written to force gyro controls into games like these on PC, I’m trying to show everyone that games can be doing so much more than what they’ve been doing this generation.

What do I mean by “so much more”? I mean more of the stuff that you’re really into:

While Nintendo has innovated by introducing controls like these with Splatoon on the Wii U, their lack of experience in these genres shows in how imprecise and unpredictable these controls can be in their implementations. Let’s be clear - this is a software problem, not a hardware problem. In spite of this, Wii U and Switch players will often vouch for the effectiveness of these controls.

Regarding third-party games, Switch ports frequently get gyro aiming of some kind, even if the same game on other platforms lacks it. But without good conventions to follow, these implementations stumble a lot. And as games like DOOM, Overwatch, and Fortnite run at only 30fps on Switch, it’s easy to dismiss them as less competitive than their PS4 and Xbox One versions.

PlayStation, on the other hand, has largely dropped the ball on this opportunity. Just about every one of their big blockbuster exclusives would not only benefit from gyro aiming, but are also the easiest kinds of games to introduce players to it. Uncharted, Horizon: Zero Dawn, The Last of Us, God of War, Infamous, and Spider-Man all have essentially a dedicated aim button, and only require precise aiming when that’s pressed. They could have had the gyro only activate while aiming, like in Zelda: Breath of the Wild.

But PlayStation has had their attention elsewhere. They have gyro support seemingly serendipitously, as they continue to explore VR, not realising the tools they’re using for VR are also applicable to a far wider audience. They haven’t realised it can help them where they compete more directly with you: cross-platform games.

As cross-play is expected in games going forward, PlayStation has more incentive to look at how they can offer their players a better experience than you can. Dear Xbox, you’ve been so lucky that PlayStation has neglected to embrace gyro controls for a whole console generation.

Don’t count on being so lucky again. Those of us who see what gyro controls are capable of have had to be content with patiently waiting for PlayStation to get onboard, and for Switch to push better convention. For them, it’s a software issue. But for you, it’s hardware, and that’s what’s scary.

Every PlayStation or Switch player has controllers that can do this stuff. Every one of them. But for Xbox players to get in on gyro aiming, they need new hardware. They need new controllers. A brand new console is the perfect opportunity to introduce it. It’s your only opportunity to make this feature standard for all of your players.

If the Xbox Series X doesn’t have gyro, what happens when PlayStation starts making better use of it? What happens when cross-platform games like Fortnite and Call of Duty play better on PlayStation than on Xbox? Will you try to catch up with an accessory that players have to buy separately? Or will all of your players already be equipped with what they need?

Please, dear Xbox. Don’t fall behind. Embrace the gyro. Even better, take the lead. Show the rest of the world what’s possible with a controller. Let’s change how games are played.

If this has sparked any curiosity in you at all, here are some resources to help you out:

My goal with GyroWiki and these other resources is to make it as easy as possible for both players and developers to get into good gyro controls. It’s all out there. But if you need any help at all, I’d be more than happy to oblige. Find me on Twitter or on the Gyro Gaming Discord server.

I’m not the only one who sees the potential of gyro controls. Check out: