Constraining The Space of Possibility

Game design is primarily choice design. How many choices do you want to present your players with?
Mark Venturelli
Blogger
August 28, 2014

In this week’s article I’m going to talk about the smart use of constraints for player choice. I’ll provide you with a quick view on space of possibility, the challenges involved, and some good and bad examples from other games.

Constraints Are Good For You

Game design is primarily choice design. The bulk of what we do as designers is to create an experience for the player that arises from providing them with a series of interesting choices - this is an easier concept to grasp in turn-based games such as Chess or Magic: The Gathering, where these moments of decision are discrete, but it also applies to real-time games. While playing Dungeonland, do I stop attacking to try and revive a nearby ally? Do I use my special Potion right now, or do I save it for later? Do I dodge roll to the right or do I keep attacking that enemy?

It’s easy to think that “the more, the merrier”, but this is hardly the case, as Civ IV designer Soren Johnson wrote about last year. If you swarm a player with too many choices, they will either pick randomly, or stick with what they have tried before. Both cases are usually not considered very interesting play.

I have always defended “laser-focused” game design that keeps only what is absolutely needed and cuts off any “unnecessary” parts - Dungeonland was mostly designed with this mentality. I still think this constraint-heavy approach is a valid way of designing games, but I’ve been exploring a more balanced approach.

Constraints Are Not Good For You

So what happens to your system when you constrain the space of possibility to the most important decisions and leave the rest in the cutting room floor?

There is constant tension between simplicity/complexity and shallowness/depth. While the world is filled with examples of simple games that are extremely deep and complex games that are extremely shallow, making a simple-but-deep game is a rare achievement. Everything comes down to how integrated your mechanics are: tightly-woven games will play very differently every time and make new situations emerge with very small changes in their configurations. So when I design a game my personal challenge always is “I want to design the deepest game that I can with the simplest possible system”.

This is very hard. Really hard. While I’m ultimately proud of what I achieved with Dungeonland’s combat, ultimately it wasn’t as deep as it should be. And that’s the question: you have extracted good depth from your very simple mechanics, but is your game deep enough? Dungeonland sure could have used a few extra feet of depth in there, and I have learned a lot from that experience.

Ultimately what we want is to have a lot of potential for emergence. We want our system to behave in unexpected ways, to surprise us, to be a generator of new gameplay stories every time we play. Sometimes you can inadvertently constrain your design into a single-note instrument. 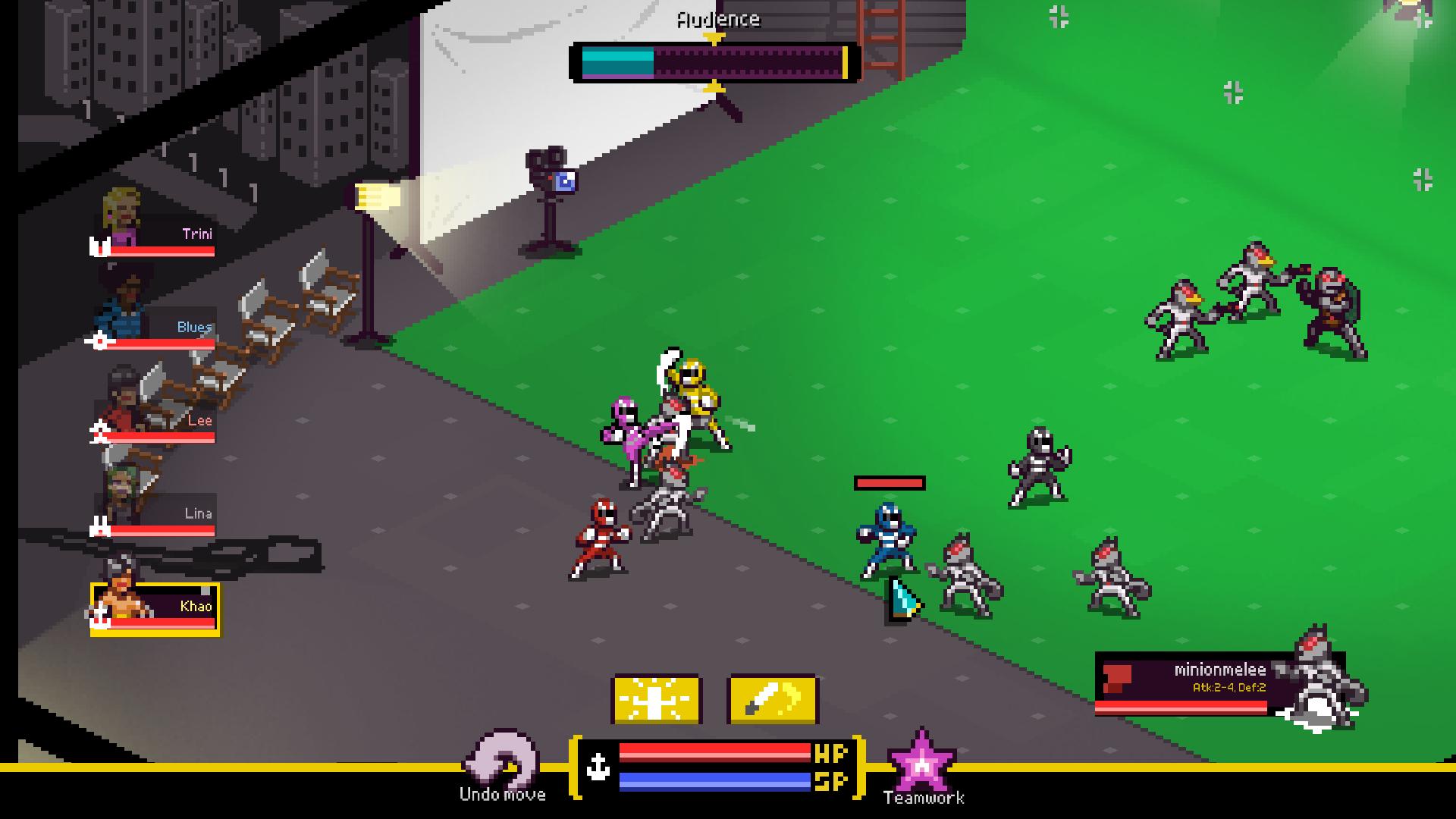 So I’m currently designing Chroma Squad, which features tactical turn-based combat. This a genre that, with multiple units, each usually with different abilities and attributes, different terrain types/obstacles and whatnot, especially benefits from a smart approach of constraining the space of possibility. We will look at two good examples of unit movement and positioning in this genre that share a common approach of constraining: XCOM: Enemy Unknown and Battle for Wesnoth.

Both games’ designers seem to have realised the same thing: you can use “soft” limits on player choice instead of limiting options altogether. Each unit is allowed to move pretty much anywhere the player wants, but that’s not how players “read” each turn.

In XCOM: Enemy Unknown, each location has one of 3 “hard” attributes: No Cover, Half Cover or Full Cover. Leaving your units out in the open is usually a terrible idea, so players will almost always move their units towards Full Cover (or at the very least Half Cover) locations. With well-executed level design, what this creates is an elegant constraining of players’ space of possibility when moving units: you always have just a handful of “real” choices to make, even though you are free to stray off the safe path every once in a while if the situation calls for it. While there are many other considerations to make when moving, such as flanking, line of sight and range, ultimately you are first “filtering” these options through the Cover spots first.

In Battle for Wesnoth (a brilliant open-source tactical game which you should absolutely play if you haven’t already), they adopt a terrain system not unlike the one found in the Fire Emblem games - different terrain types have a “defense” percentage value that increases the chance for enemy attacks to miss. Different units also take advantage of terrains differently - Elven units gain extra bonuses from forests, while Dwarves are more protected at hills. It creates a similar effect to XCOM’s system - even though you can move units anywhere, you are usually filtering the possible moves through the best terrain positions first.

So imagine if the new XCOM did not have these cover rules, or if they were not as important to keep your units alive as they are in the current design. Players would have to consider a LOT more options for range, line-of-sight and flanking, and suddenly looking two or three turns ahead would be an herculean task. The game would feel less “tight”, if I may use a looser term, with turns lasting longer.

Also, if all terrains in Battle for Wesnoth were flat, there would be a similar effect: enemy movement is suddenly near-unpredictable, and moving each unit effectively would require several minutes of analyzing the possible consequences - in other words, you would just not care and would move anywhere, hoping for the best. As predicting future states of the game becomes harder, the generally unwanted effect of analysis paralysis occurs - a real choice never occurs, and the player ends up choosing randomly.

But now picture it from a different angle: what if in XCOM you could ONLY move your units to cover spots? Much like in 5th Cell’s shooter Hybrid, all movement to points that are not in cover would not be permitted. In several cases, the experience of playing XCOM would be surprisingly intact, but you would lose a lot of emergent potential. I can remember several occasions when I had soldiers sprint out in the open and save the day, and these stories would not be possible if Firaxis had chosen to apply this constraint.

Would it be worth it? In my humble opinion, absolutely not. In many ways, this is what happened to their strategy layer: boiled down to only the most fundamental choices, the end result is stale. You hardly hear a story about XCOM in the strategy layer - the cool stuff only happens on the ground, which is a shame considering the rich heritage of emergence from the original game.

In many ways, this “too-constrained” approach was the one I used in Dungeonland, and in hindsight I can see several missed opportunities for letting players venture off the beaten path.

[This is a repost from my personal blog. You can keep up with my posts by signing up to my newsletter]