Computer Architectures in Computer Tycoon, and the gameplay design around it.
Andras Illes
Blogger
June 23, 2017

Computers are evolving since the 70s. In one of my previous writing, I’ve explained what’s the main difference between Personal Computers and Home computers in the game, and what is the story behind these names. In a nutshell, the expression “home computer” became unused because of marketing reasons. Companies thought that this name will indicate that their computers are only for games, and this will demotivate the business sector in buying their products.

In a nutshell, the expression “home computer” became unused because of marketing reasons. Companies thought that this name will indicate that their computers are only for games, and this will demotivate the business sector in buying their products. Also, the personal computer concept of IBM became really popular and the only alternative that was financially successful is the “MAC”, so we now have PCs and MACs.

(Please don’t forget my mailing list. By subscribing you can be one of my alpha testers or even win a free copy of the game before release
http://eepurl.com/cG63JD)

But these are only 2 categories. Still, we have very different architectures, such as “Portable Computers”. Well, this is again, a not really popular expression. Laptops, notepads, tablets could be called like that. This is again, somehow the result of marketing strategies. Basically, when you have a product, you try to sell it as something “new”. Also, these new names or categories sometimes are really logical as well. So today we have laptops, notebooks, tablets and so on. (some time ago we also had PDAs, and in fact we have today smartphones as well, and during that time we had kinda hybrid devices as well).

Oh yes, this is something interesting for youngsters. A long time ago computers were very expensive devices. Also, they very huge physically as well. First, they were bigger than rooms, after that they were as big as a furniture, a cabinet. They used huge magnetic tapes or punch cards. Early developers made such cards as their “programs”. Wow! Just imagine me giving you Computer Tycoon on a 100-meter long card!
Then some nerds created the first computer for a “consumer friendly” price. Is it something like computers today? Well, not really. It didn’t have a screen, neither a keyboard (not a mouse of course). It was able to communicate with you by LEDs on its front panel. You were able to give numerical commands to the computer using toggle switches. And also… these were so called “kit computers” because they were constructed by YOU from a so called (not so user-friendly haha) kits.
They were awesome if you ask me. Here is the kit computer from Computer Tycoon: 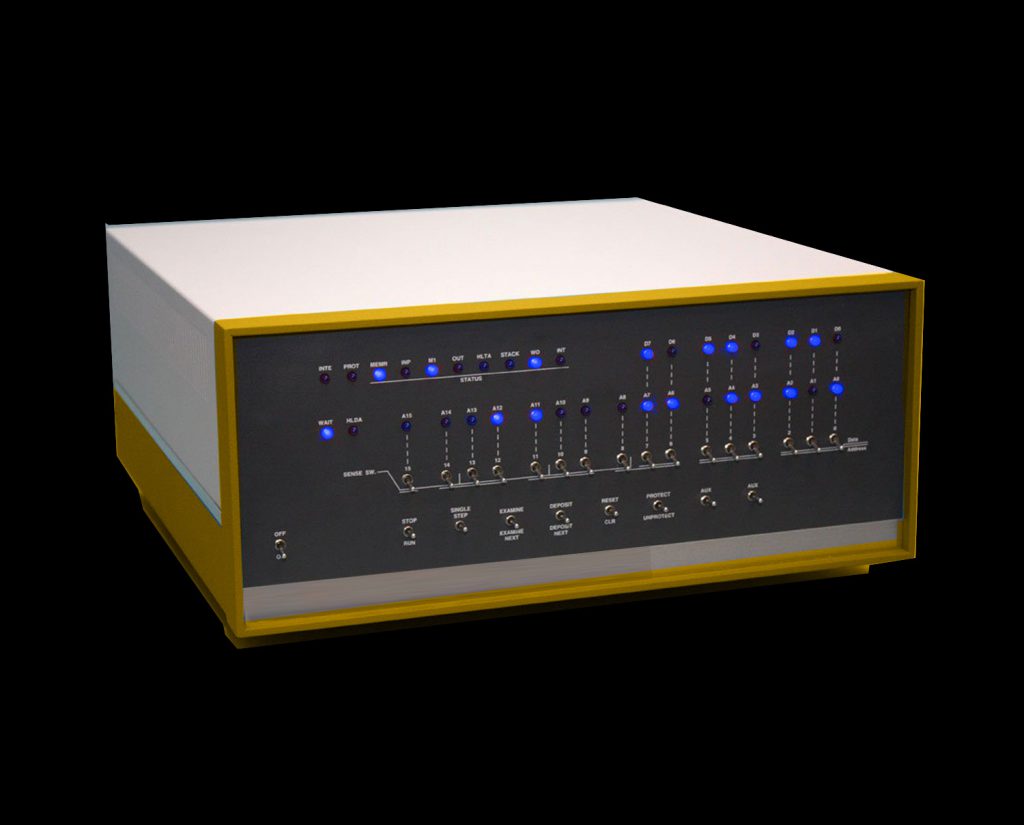 Lovely, right? Well, you can’t play GTA V or LOL on it. Not even Tetris or Pong. Still, it was awesome. Before that computer people could only see computers in labors or some universities. Now you could have one at home.

What is really interesting to me, that the next models were not really so far from this actually. They used not much better CPUs, but they got a keyboard and a screen. This is what I call a small step in technological advancement but a huge jump in features. From the user experience perspective, it’s undeniably something very important.

In Computer Tycoon Kit Computers are represented only as introductory and tutorial purposes. In fact, you will start with a Kit Computer and your first task is the get all of the needed technology to build your first Home Computer!

Look at this picture, please:

Here you can see the main parts of this system. Red parts are mandatory at the moment (this is something that can change by time sometimes). Your kit computer will have some memory, a CPU, power supply, the main circuit (let’s call it a motherboard, although it’s not the same as today, but generally this was the base) and some kind of “operating system” (a program that can handle all of these parts)

When you get keyboard and monitor to the accessories and other important technology you can move to the “home computer” era: 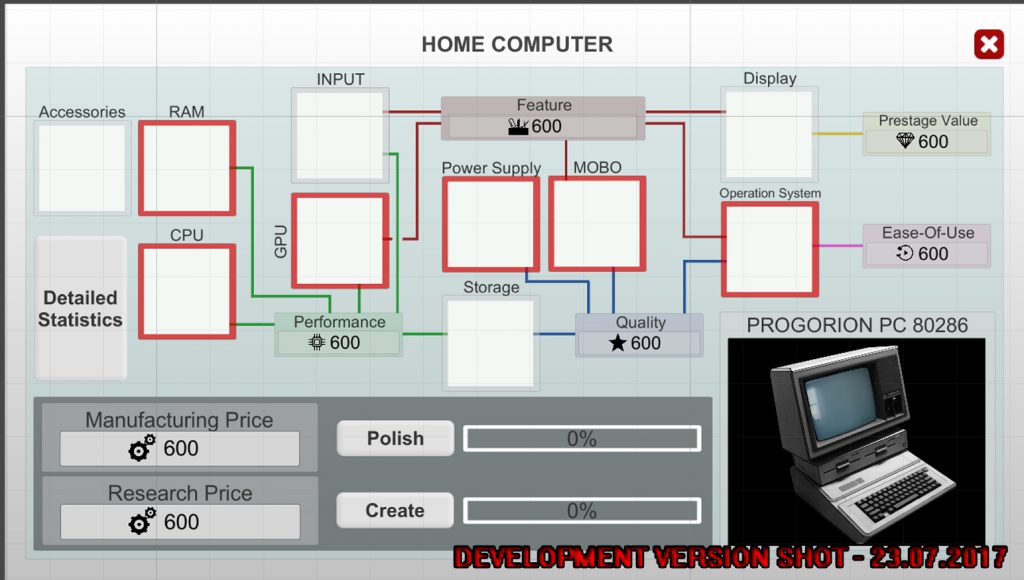 Here you go. As you can see the system has expanded. Did you notice that displays aren’t mandatory? Well, there were Home Computers connected to the television. A well-known model was the Commodore 64 for example. Don’t worry about the empty parts by the way. You will fill those with hardware elements. In Computer Tycoon you have to develop the hardware elements first. Building your own system is only the second step.

As you should have noticed. There are different indicators on the screens, such as “performance”, “prestige”, “quality, “features”, and “ease-of-use”. Different elements give different values to these, and different architectures have different possibilities as well. (Oh just noticed the type in “prestige :)) on the screenshot). These indicators will be very important to you because the market will receive your product depending on these values AND on your price of the product… and on the offer of your opponents.

After a while, you will get Personal Computers and Portable Computers as well…

Do you notice the difference? But why aren’t storage or power supply is mandatory? Well, I already mentioned that different architectures mean different possibilities. As I told you in the beginning in real life the difference between PCs and HCs is mainly from marketing aspects AND the modular build of PCs. Although back in the early times it was still more of a marketing tool as well (Because they promised that you can easily change the CPU on your computer, in reality, it was hard and rare), today it’s kinda true. The PC compatible computers can contain devices from a lot of manufacturers together, and also you can greatly improve and customize your system. 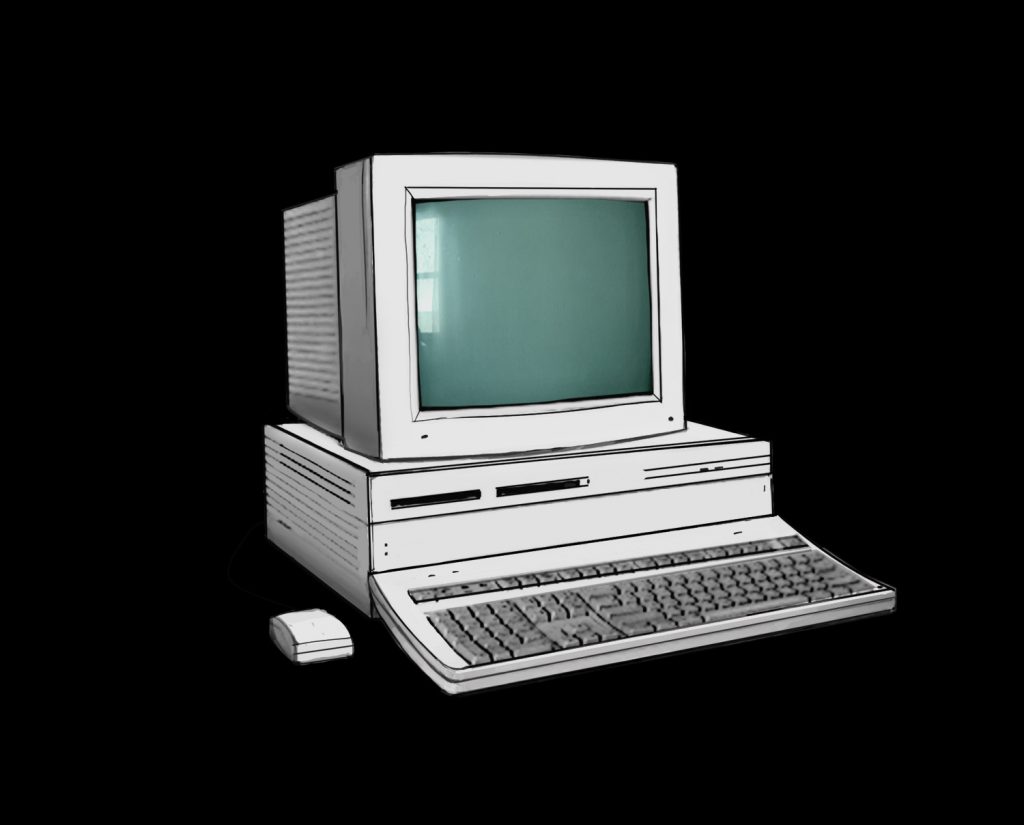 If your customer can gather hardware for a PC from different sources.Why couldn’t you avoid some kind of hardware elements? Although you have to offer the main parts of the system, still you can create only basic computers here, without input devices, storages, displays or a power supply… AND of course, you don’t have to create an operating system either. Is it beneficial to you? Well, we will see! :) (Oh my gosh, “operation system” on the screenshot! Well, I will have to operate out these labels soon :) )

Portable Computers come only one step later. Although they won’t be a hit fast: 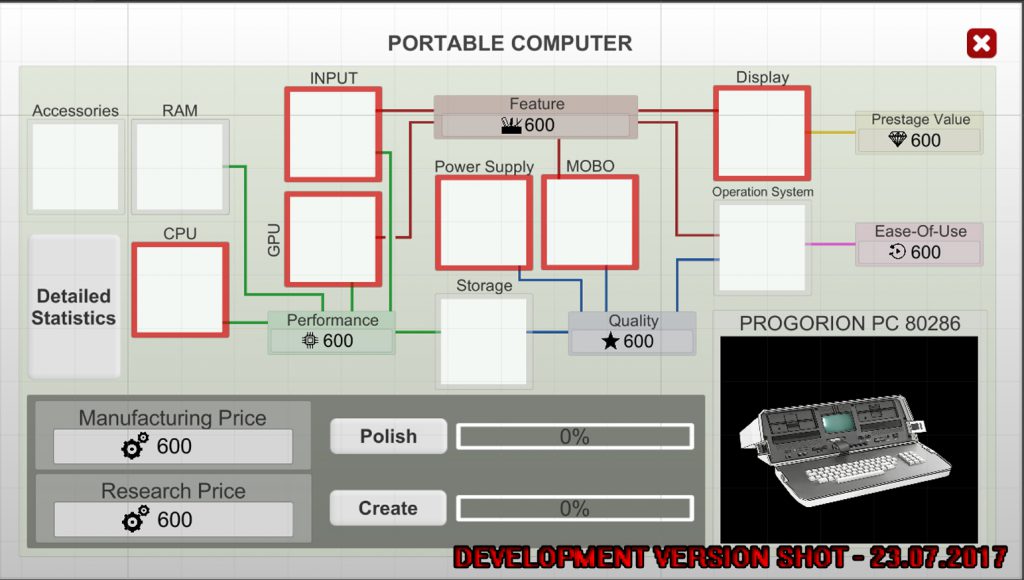 The first portable computers were not like our laptops today. Some of them were as big as a traveling suitcase with a screen on it as small as your palm.

And again. The mandatory parts are changing. Also, I should notice that the viewable architectural differences are only one thing. With different devices, your customers will have different desires and you will have to solve this. There will be some additional design concerns connected to the different architectures. You don’t have to create the fastest Computers out there for the same price as their Personal Computer rivals. Also, Home Computers will tend to be more a prestige symbol after a while. Oh, MACs are very nice. But will a hardcore gamer buy a MAC for gaming purposes? Of course not. Or will a hardcore player buy a tablet maybe, for gaming purposes? But at the same time, a businessman, will buy a Nuclear Reactor Madaf***er PC to show documents to his customers?

And eventually, we will have the tablets:

Although Tablets are portable, they function today as a really different thing compared to laptops for a reason. These are much more like a gadget than a computer. It’s unlikely that you will use a tablet for computing astronomical data, right? And although laptops are portable, having them in your bed isn’t recommended. Laptops are portable in the first case to move them between your homes, rents or workplaces and use them on a table. (Oh I know that how much of you don’t see it like that :) ) But a tablet is really something that you can grab and bring it with yourself to anywhere. Even to the toilet haha! Also, a tablet is even more of a luxury product if you ask me, something that is for your comfort and pleasure, not for work. A laptop will last much longer than a tablet. (this is a concern even to banks today where they would like to use them to enrich the customer experience. What they don’t really consider that these are not durable enough to serve too long under a massive user load).

They won’t last for too long, because in my opinion after a while their design will be obsolete. In the future, I’m sure that we will use some kind of light-based devices, and holographic GUI. Also, I do believe that our “desktop” computers will be all portable after a while. Well, maybe I’m wrong in that. We will see! :)

Originally I planned to include PDAs and ROBOTS into the game, but I decided to cut them out because of financial and design concerns. But if the game will sell well, I will include them in DLCs.

I hope that you enjoyed my article. Please share it if you like what you see. I’m a solo-dev fighting with time, I need your support out there. Also please remember that I’d like to release the game in early access, or at least create a demo for you to October 5. in memory of Steve Jobs.