This blog will try to disect most important attributes of characters and environments in games.
petar ples
Blogger
December 22, 2014

Every game has it’s characteristic. Something that defines it and makes it unique. It can be the world, gameplay mechanic, or narrative. Game developers use these features to make something new and exiting.

In this article i will list all attributes that define characters and  environments that surround them.

Power is most commonly used as balance type. It separates beginners from veterans and gives player sense of progress. It’s easy to implement and it just works. Your performance in-game is usually determined by this attribute. Size in games is generally used to show importance or power of something, rather than as mechanic. Final bosses are, most of the time, larger in size. Size in games can also be used as a mechanic. It was nicely presented in game Shadow of Colossus.

Abilities are resources or tools that are available to player. He can combine or use them in order that he see fits. MMO-s like WoW use abilities to deepen gameplay and give players a lot of options. Power is usually used to represent strength of abilities. Different abilities give players different options.

Speed or movement of objects in game is one part of speed in games. There is also casting speed, cooldown speed, response speed… Racing games use speed as power of vehicles. Faster vehicles will always be better that slower ones, except when rules are intentionally changed to state otherwise.

Anatomy or build is also used more as visual representation of character than mechanic in games. Fat and tall is usually strong and slow, short and slim is weak and fast. There are few games that break this “rule” of tall/slow short/slim and give us some diversity. Monsters, animals and aliens represent more anatomical difference from one another. Build rules are a bit different with diversity in anatomy. Weak points for most creatures (like animals) are head and heart. Creating monsters/aliens give gameplay designers more options. 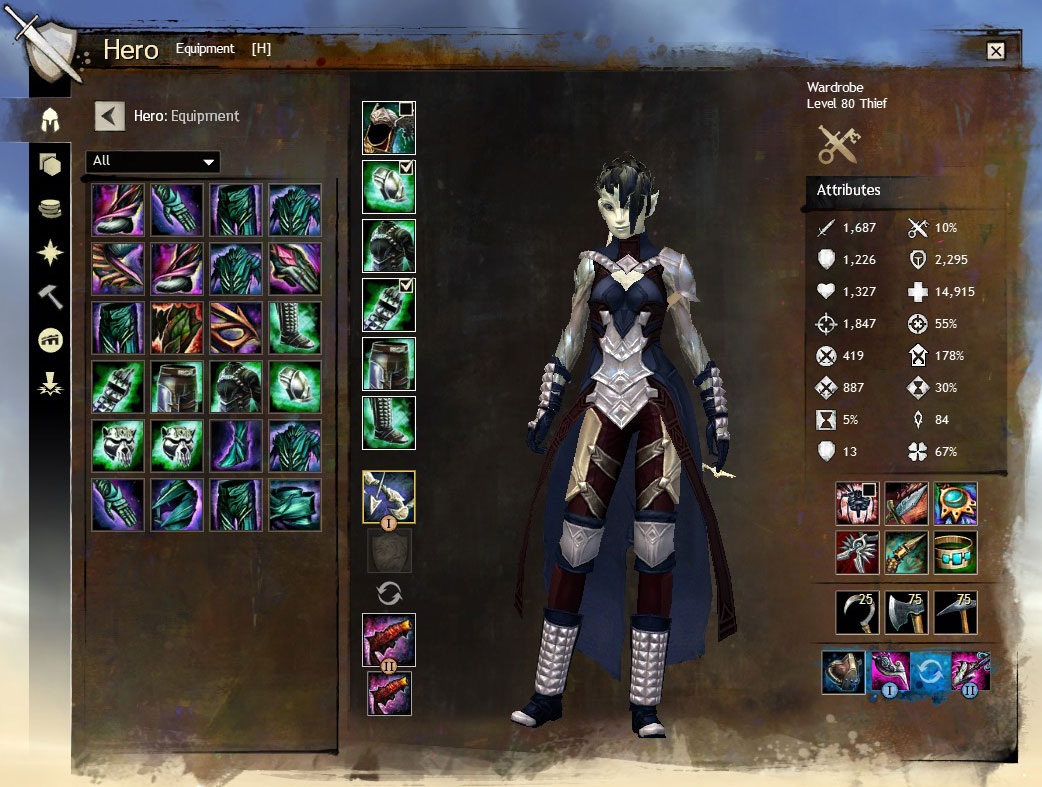 Another game addition that generally represents power is equipment. In MMO-s equipment equals to power of the character. Rarity of an item gives it more value and bigger value means better prize. Some games use equipment more to show-off your importance/skills/investment in their game, rather than make your character better.

Games are made by humans for humans. We have limited hearing range (20-20,000 Hz) and limited visible spectrum. Most game characters are represented with the same limitations. Senses in games can be presented in many different ways. Interesting mechanics would be:

Sharp Hearing (can hear some sounds that others can’t)

See smells (can see smells left by other objects or characters)

This category consists of spirits and creatures that have different presence in environment they were placed in. Best representation of different presence would be ghosts. They are not affected by things in the same way as humans and they don’t have the same senses. In games presence is generally shown as different game mode. Presence is nicely shown in game Shadow of Mordor, where player can see world from eyes of a spirit. Also for character that came from different realms, rules can apply differently (gravity, atomic iteraction, heat/cold)

Earth and water are most commonly used classical elements in game environments. There are many other “elements”, like: Fire, Air, Metal, Wood,... Dominant element is element that most of the scene was made of. If there was fight scene happening on the moon surface, dominant element would be rock.

Different elements and their surface: Radiation includes the spectrum of (radio waves, heat, microwaves, infrared, visual light, ultraviolet, x-ray, gamma,...). Different types of radiation aren’t much shown in games. There are many cheap ways to show player that there are some type of energy in game. Creating real interaction between energy and element would be much harder. There could be some interesting mechanics, featuring radiation. Force could be simply put as “rules” of game world. Most common forces are: Gravity, Normal force, Applied force, Friction, Air Resistance, Tension force,... Physics in games generally consist of gravity and applied force. Some advanced game engines can recreate Friction, Air Resistance and Tension. Rules in our world are constant, but in games they can change, depending on need. 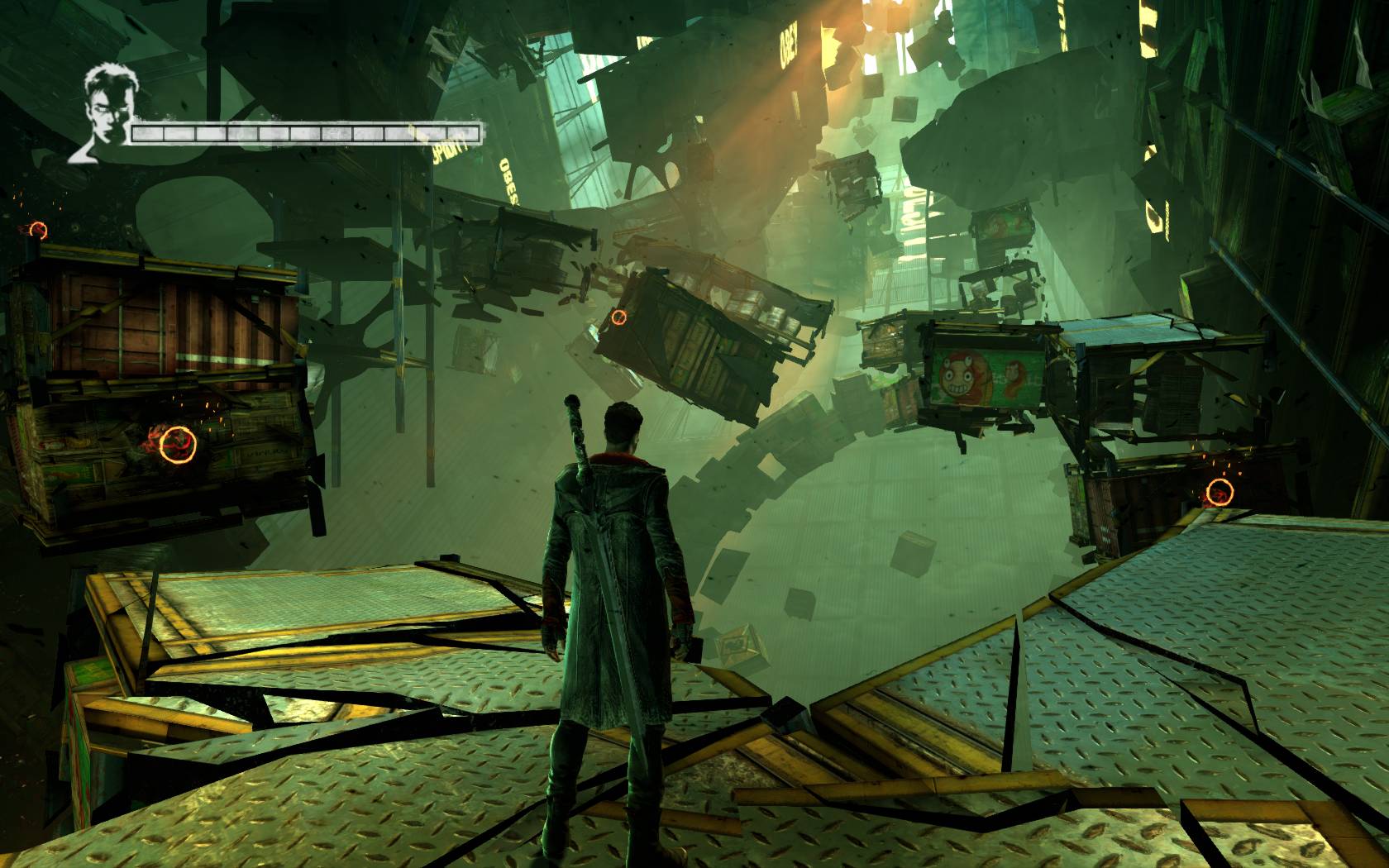 Rules in games can be changed or even new ones can be created. Heat can have some gravitational properties and friction can create new elements. In games there are no pre-defined rules, only created ones. Conscious decision of a game designer to re-define rule can open up a whole new door for games and gamers. This could easily be sub-group of radiation, but i felt it needed its own heading. Density of energy and it’s prevalence in a scene could be mechanic by itself. Some hardly detectable energy, like radio waves could have some physical effects on the world or living beings that populatethat world. Size of objects or characters can have great effect on character in it. Gravity, Air Ressistance and many other “Rules” would affect us differently if we were (or everything around was) 50 times smaller or bigger. We would develop differently and our surivival needs would change. Inovation and new view of game world can break linear and familiar environment/rules.

I was interested to see which attributes were most common in most popular modern games (2004 and up), so i conducted a research on this topic and this were the results.

This research ended up as expected. The most used attributes are also the easiest to implement. Indie games and some less known titles, that didn’t use already known recipe and tried to innovate, have a bit different graph.

This graph has more drastic jump from each attribute. The reason for this is that developers are more familiar and comfortable working with characters that the world that surrounds them. I thought Dominant Element would be at first place, but it seems that rules are changed a lot to balance games.

By combining attributes from each group there could be some really interesting results.

If you have some time, try and combine these features, you may come up with some inovative and exciting. :)