Breaking Down (the Idea Of) the Locked Door

Exploration is one of the most common game mechanics in all genres: virtually every game including a player character contains objectives requiring the player to move the character from point A to point B. Of course, it's the role of the designer to gently nudge the player in the right direction, and this often includes placing blockades in the game world to restrict the player's freedom of movement. Like any element of the game world, it's important that these blockades are consistent with the aesthetics and mechanics of the game world.

However, all too often designers take the easy way out and include uninteresting obstacles to impede the player's progress. Consider the example of a locked door that the game does not let the player enter. Assuming the game in question is an action-adventure title, the player typically accumulates a large number of tools, weapons, and devices that would conceivably allow him to break down, force open, pick the lock of, or dismantle a locked door. Preventing the player from doing something he has the means and desire to do reveals the hand of the designer holding the puppet-strings, and thus immersion in the game world is damaged. The sense of immersion is further harmed if the player character is capable of surmounting obstacles much more difficult than opening a locked door, or if the player character's motivation for trying to pass the door is greater than the character's conceivable desire to preserve the material integrity of the door.

As such, it's important that in-game obstacles are consistent with both the rules of the game world and the player's in-game abilities. The locked door trope, then, must be cast aside (and no, making the door an enchanted magical door or reinforcing it with space-age indestructible materials are not better alternatives.) Listed below are much more artful examples of telling the player "no, you can't go here yet" without breaking immersion. 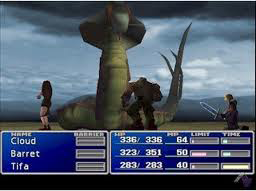 In Final Fantasy VII, near the beginning of the game is a hazardous marsh where a giant water snake dwells. The player must cross the marsh to proceed, but the monster is faster than the player and will eventually overtake him. The serpent is too powerful for the party to kill, and the player must flee the encounter.
Design considerations: Some players tend to feel that any enemy the game presents must be able to be defeated, and thus players may try in frustration over and over again to kill the monster. The monster must be designed in such a fashion that the player realizes victory is hopeless, but still has an opportunity to escape. (Final Fantasy VII actually does not trigger a Game Over if this monster kills the party - remember that a Game Over breaks immersion even more than a locked door.) 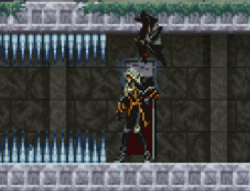 There is a room in Castlevania: Symphony of the Night that is a dense maze of spikes that guards a vital item. The spikes cannot be walked on without damaging the player, so the player must transform into a bat in order to proceed. However, the room is bathed in complete darkness, and the player cannot see where the spikes are. As such, the player can't cross the room until acquiring a sonar item that allows the bat to see in the dark.
Design considerations: Unless the designer is randomly generating the maze, she must be aware of the fact that the route through the maze can and will be memorized by hardcore players. The designer must take care to define what happens if the player reaches the end of the maze without the ability to know the correct route through the maze. 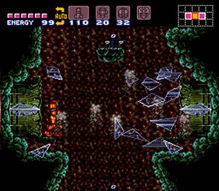 In the underwater areas of Super Metroid's alien caverns, the player finds his movement extremely impaired: the player cannot accelerate to his maximum running speed, jumps are short and sluggish, and lateral movement is difficult to control. If the player stumbles upon an underwater area before obtaining the Gravity Suit item, he will quickly find himself unable to proceed.
Design considerations: It's smart to design for the contingency that someone will find a way through the unnavigable environment. After all, someone might. 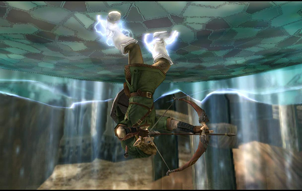 There is an obstacle between the player and his destination, and he cannot pass it without first acquiring a certain item. Practically every adventure game ever features some of these, and the Zelda series tends to do them particularly well. Examples are too common to enumerate, but I offer a few to pique your designer muse: you can't traverse the walls of the temple without the grappling hook, you can't cross the pit without creating blocks with the magic cane, you can't walk on the magnetic ceiling without the iron boots, you can't walk through the room of laser eyes without the mirror shield. I could go on.
Design considerations: This should be the bread and butter of any Metroidvania-style level design. The designer should never settle for "blue key opens the blue door" if she can instead create well-placed obstacles and the means of surpassing them. The added benefit to this is that every "key" the player finds actually grants him useful abilities beyond simply opening the door. The challenge to the designer is to make sure that the obstacle is not surmountable without the required item. Bonus points if she can design it in such a way that astute players can find multiple purposes for items (two locks, one key) without breaking the game. 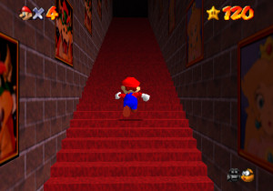 The hallway to the final boss in Super Mario 64 is accessible very early on in the game. However, the game informs the player that without gathering the right number of stars from other areas of the game, the hallway will be endless. The player can continue running indefinitely forward and never reach anywhere. Immediately upon turning around, the player is presented with the exit. Mario 64 is filled with doors that require a certain number of stars to proceed, but this is the only one that is memorable - because it's gushing with flavor.
Design considerations: Exploration is a form of mastery over the environment. By presenting the player with an environment that is fundamentally different in some powerful and obvious way, the player receives a strong message that the environment cannot be mastered. This is a great way of forbidding the player from proceeding without breaking immersion in the game world. 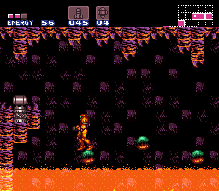 I hate to resort to the same game for two examples, but Super Metroid is a masterpiece and it's filled with enough great level design to merit several articles. There is a certain section of the game's underworld filled with scalding hot gases. As soon as the player enters this section of the dungeon, he immediately begins taking damage and will continue to do so until he leaves. An item must be acquired that grants the player protection from heat before he can explore the area without being harmed.
Design considerations: Like the unkillable monster, the hostile environment must be hostile enough that the player wishes to immediately leave without being so hostile that the player does not have a chance to leave. The designer must also make it obvious when the player has the tool necessary to pass the environment. 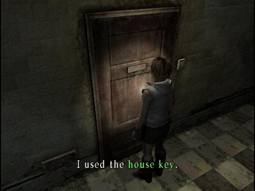 Of course, sometimes it's okay to have a locked door! Locked doors are only bad when they break immersion. If it makes sense for the game world to have a locked door and it doesn't make sense that the player character would want to destroy it, by all means, put the locked door in. Examples include but are not limited to:
- any game where "break" or "destroy" are not available verbs (say, a detective adventure)
- a door belonging to the player character (such as a house door)
- a situation where attacking a door would be socially unacceptable (e.g., a dinner party)
- a game where damaging a door is contrary to the aesthetics of the title (stealth games, anyone?)

Next time you think about adding a locked door to your game, consider: is there a better way?