The Sword tasks players with guessing weights to correctly (and heroically) pull a sword from the stone, and Bruce and Box needs them to hide and keep themselvesÂ covered up with a box.
Alissa McAloon
Editor-in-Chief
February 21, 2020

The Sword tasks players with guessing weights to correctly (and heroically) pull a sword from the stone, and Bruce and Box needs them to hide and keep themselves covered up with a box.

Takahiro Miyazawa and Wataru Nakano spoke with Gamasutra about their respective projects, talking about the nuances of turning sword-drawing into gameplay as well as the difficulties of working with a cardboard box as an input device. 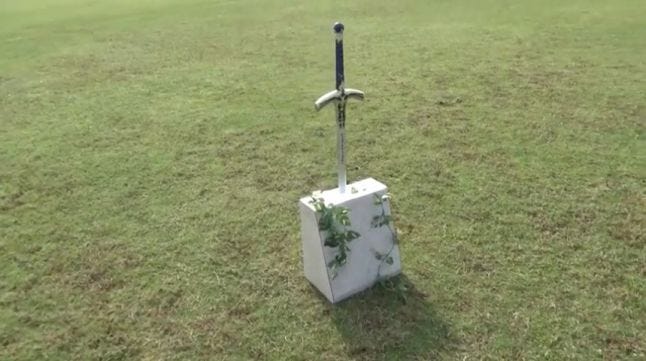 The tools to make The Sword and Bruce and Box

For physical materials, The Sword used wood and floor mats. Bruce and Box used a cardboard box, as well as a business card case and a stationery clip for attaching a sensor.

Emulating The Sword in the Stone

We see a lot of famous scenes in TV and video games of pulling a sword from a stone. However, most scenes cannot be experienced by the player. I wanted to create a special scene that players could experience.

On the feelings they want players to experience with The Sword

Players try a simple game before pulling the sword, but the result is not known until the sword is pulled.
It is important to be surprised when you succeed and to be discouraged when you fail.

Most challengers do not pull out the sword, but we want the player to get a feeling of hope to lift it. The player who pulls out the sword is a hero. 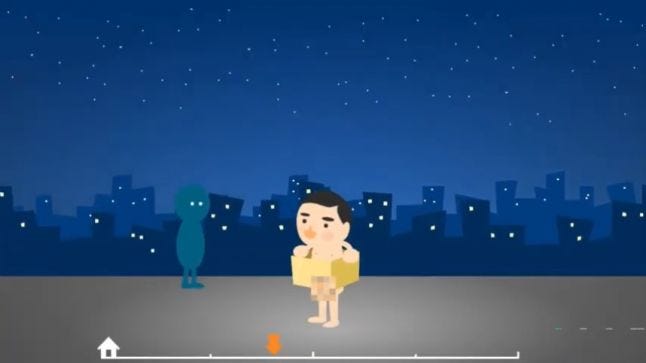 Bruce and Box was created by Wataru for a game jam with the theme of "box". Initially, it was a game operated with a mouse, but a few years later, we thought it would be more interesting to use real cardboard.

The challenges of box controllers

Sometimes, the box may hit the floor vigorously. That is a big problem for the sensors. So, I put a cushion on it  to keep it from breaking. I also had to be sure the cable was long enough.