Releasing Global v2.0 was something that the team and I were eager to do from the start. When we released THE ALCHEMIST CODE globally, the Japanese players were already experiencing Version 2.0 in their own way. But now we’re here. With Global v2.0 close to release, I believe this is the best time to inform you our favorite Alchemists and the features we’re adding into Global v2.0.

We have tons of updates for Global v2.0, but instead of going through every single change, I’ll go through the important ones that will change your THE ALCHEMIST CODE experience.

For a start, let’s take a quick look at the home screen. 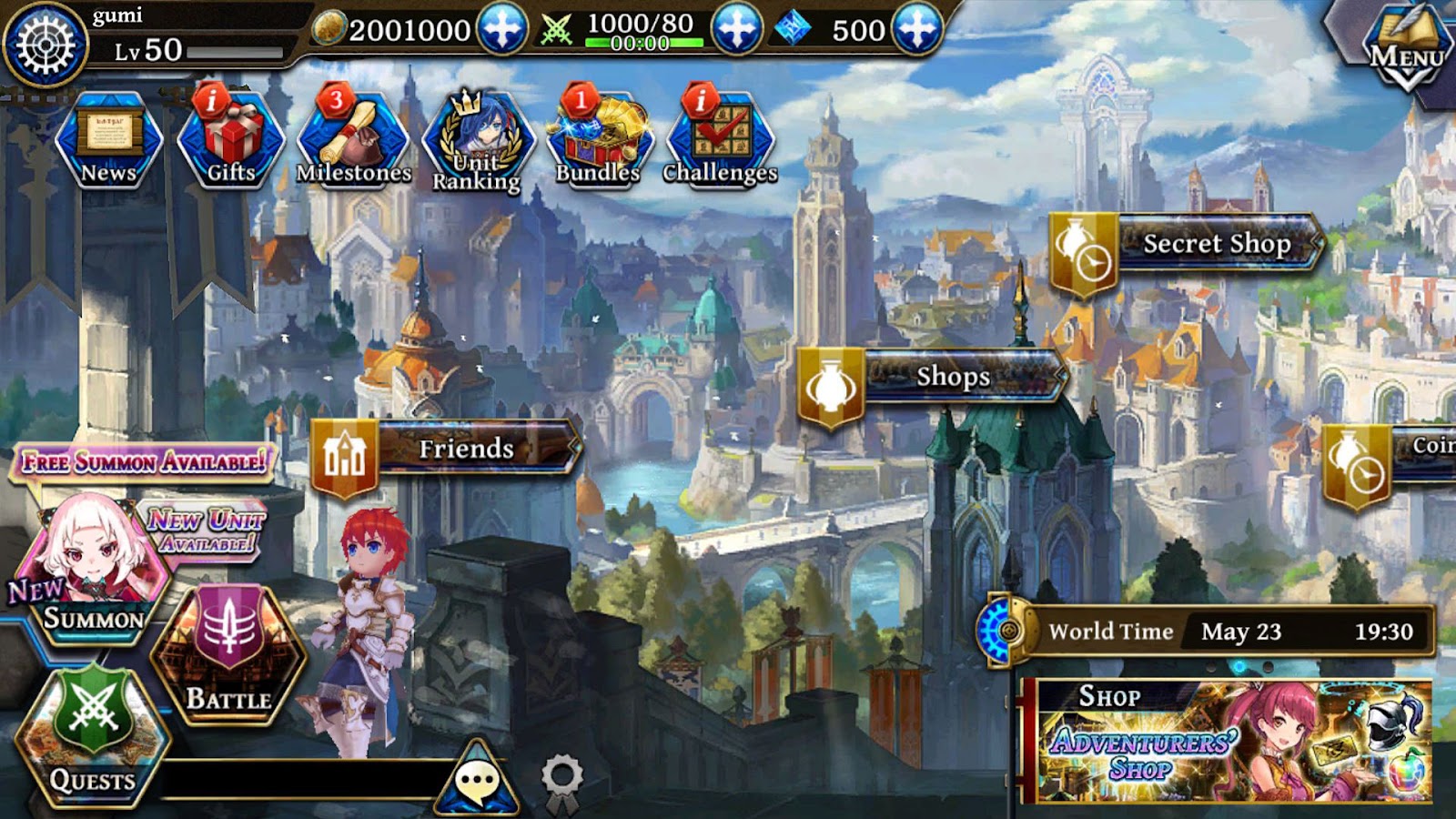 As you noticed, there is a new icon available at the top of the home screen in between the Milestone and Bundles. The Unit Ranking button, like the name implies, allows players to view the most used units from Quests, Arena and Battles. You can see this button appear at different places too! Take advantage of this information to build the best team if you’re having a problem with a certain quest.

If you’re one of those players who loves to complete sets of challenges and to be rewarded for them, here’s good news for you. In Global v2.0, you can now view the rewards you can receive ahead of time! To welcome this new change, we’ll be adding Challenge 6 filled with amazing rewards just for you!

Next, if you tap on the Quests icon, you’ll be greeted with something new yet familiar: 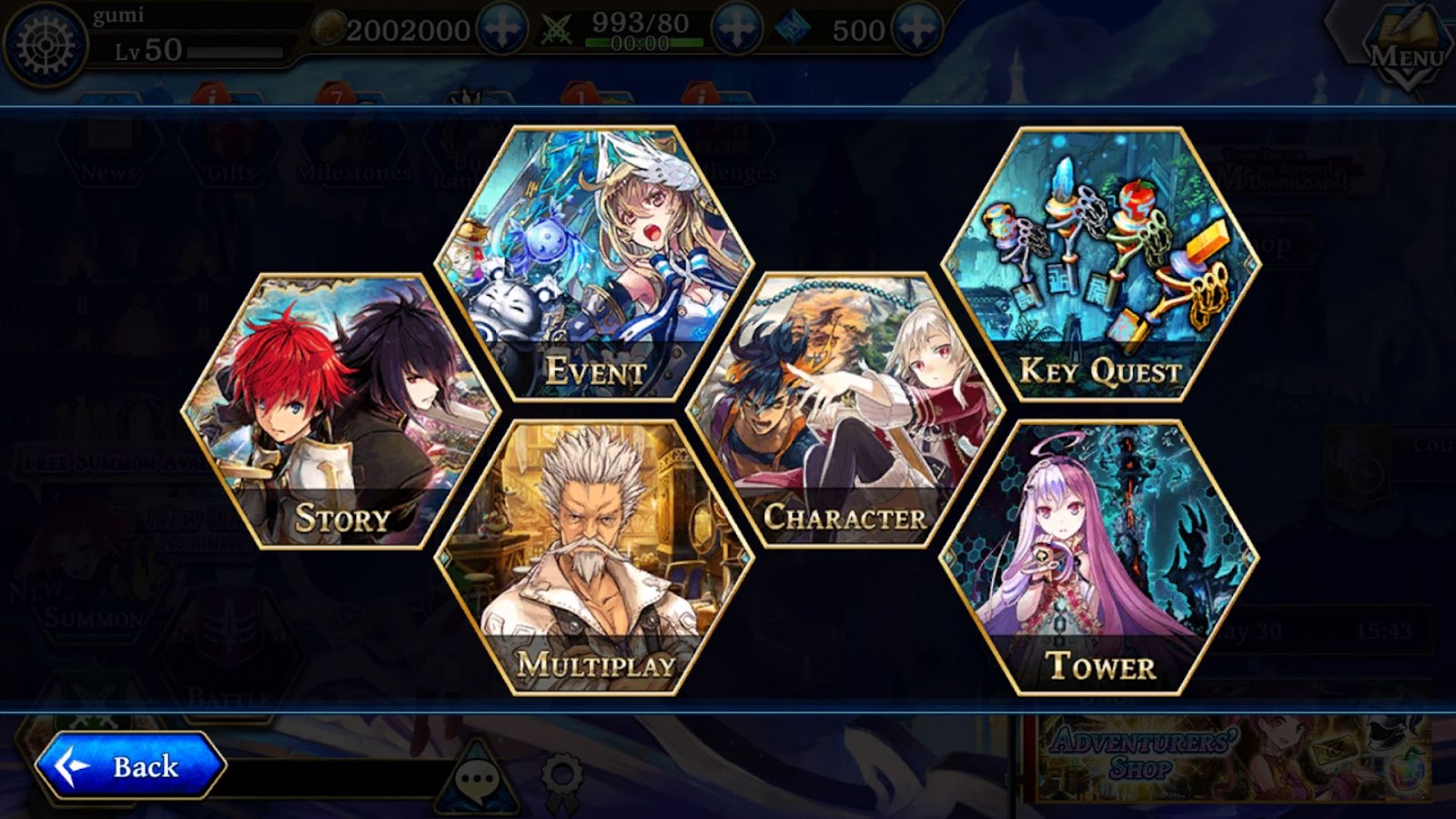 The Quest to Find Unit Shards

New to the Story Quest Page, we’ve added a special feature to help you find and obtain Unit Shards found in Hard Quests. Tap on the character’s face to play the exact quest you seek. Complete all of the Hard Quests to unlock every Shard opportunity on the list. You can also bookmark your favorite quests if you wish to return for another round! 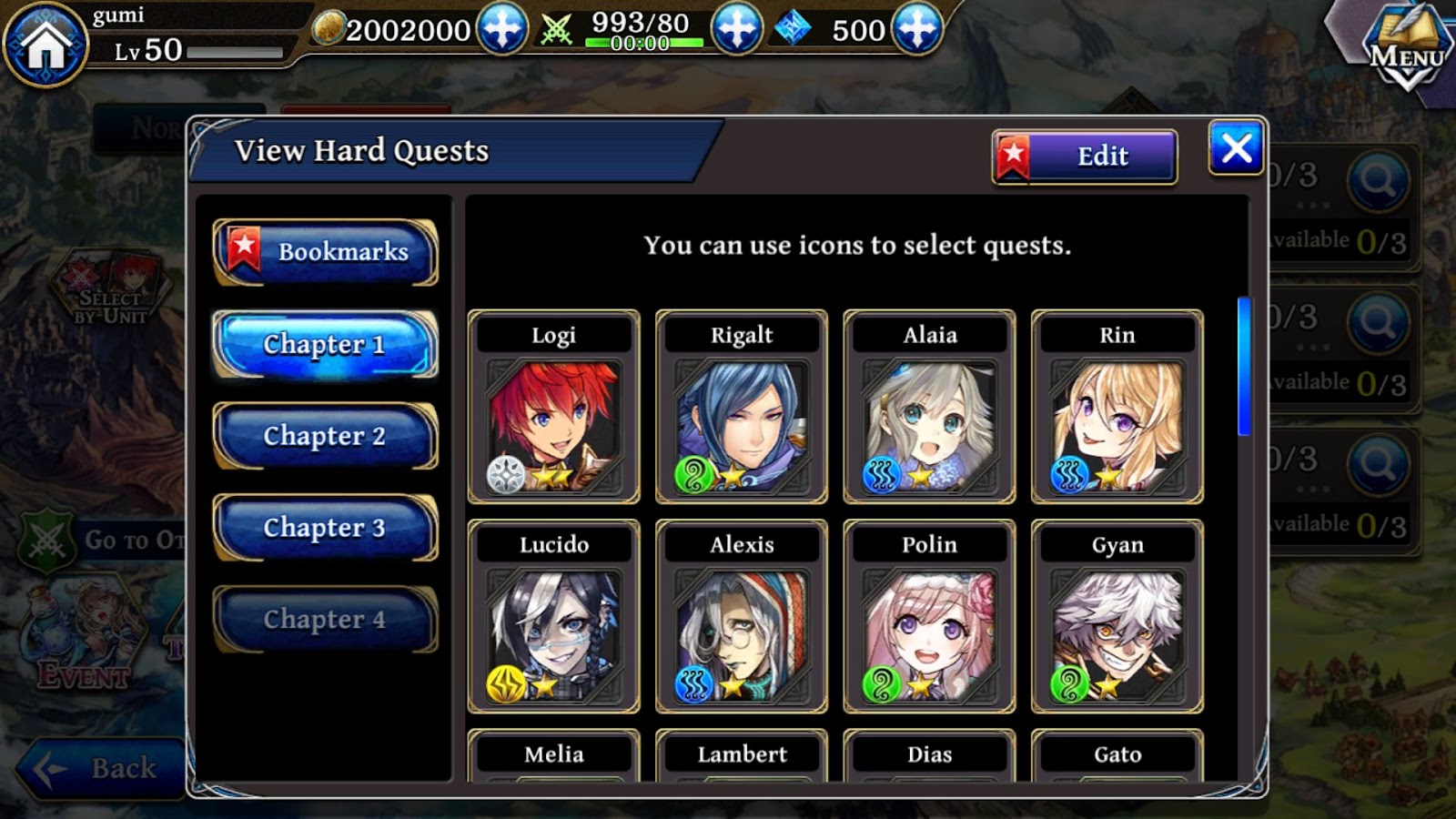 Introducing the Friend Gift feature - a place where you can send and receive gifts from your friends. Create your own wish list from the item catalog for your friends to see. This catalog will change seasonally, so make sure to check it once a while. If you can't receive or send items from your new friends, that’s because it takes 24 hours after a mutual friendship.

You can now set player recruitment parameters when you create a multiplayer room. Use parameters, unit level and quest completion to find the right people for the right quest. Furthermore, a unique group chat will be created just for the multiplayer room you’re in. You and your fellow Alchemists can discuss and plan the strategies you plan to execute! 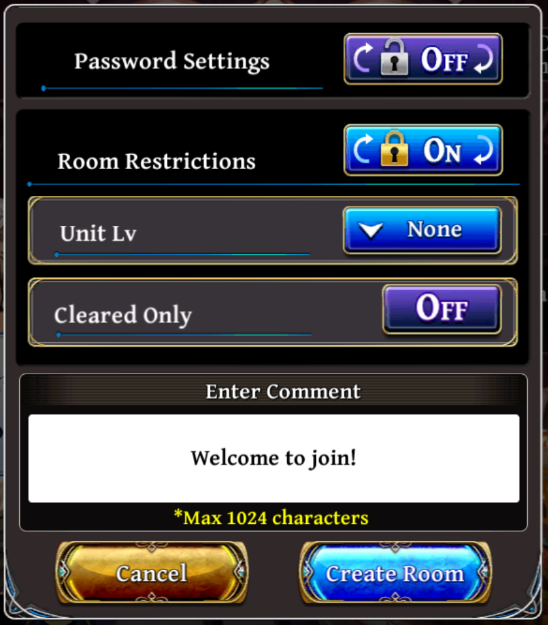 We’ve also added a couple of neat features when you are browsing the Unit Screen. Finding a character now is made simpler by tapping on the different elements or by finding them in your Favorite Unit tab - the Rainbow Hue tab with a white star. This feature will be useful for seasoned Alchemists with hundreds of characters to choose from. 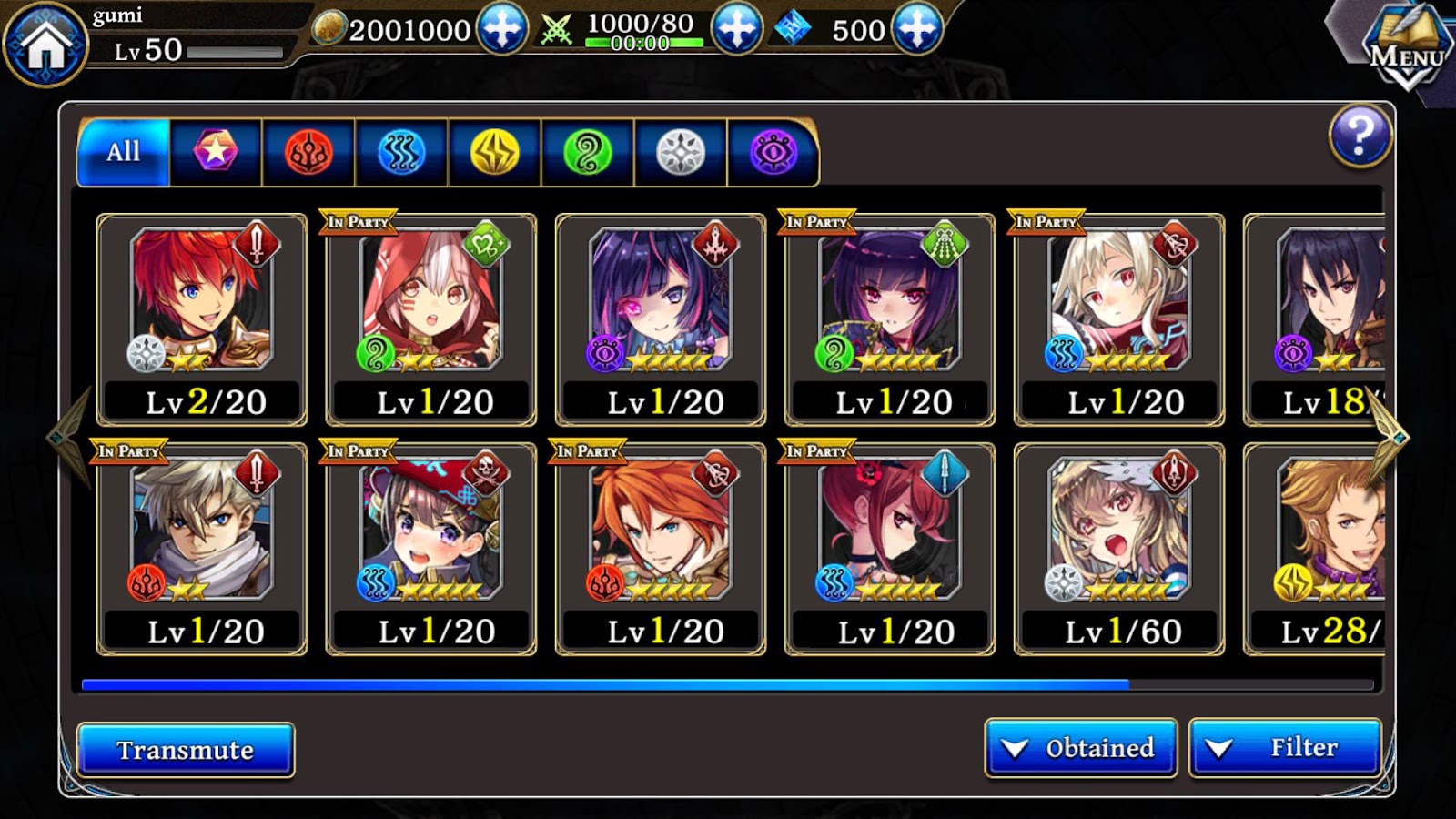 Speaking about Favorite Units, here’s a look at the New Character Screen. 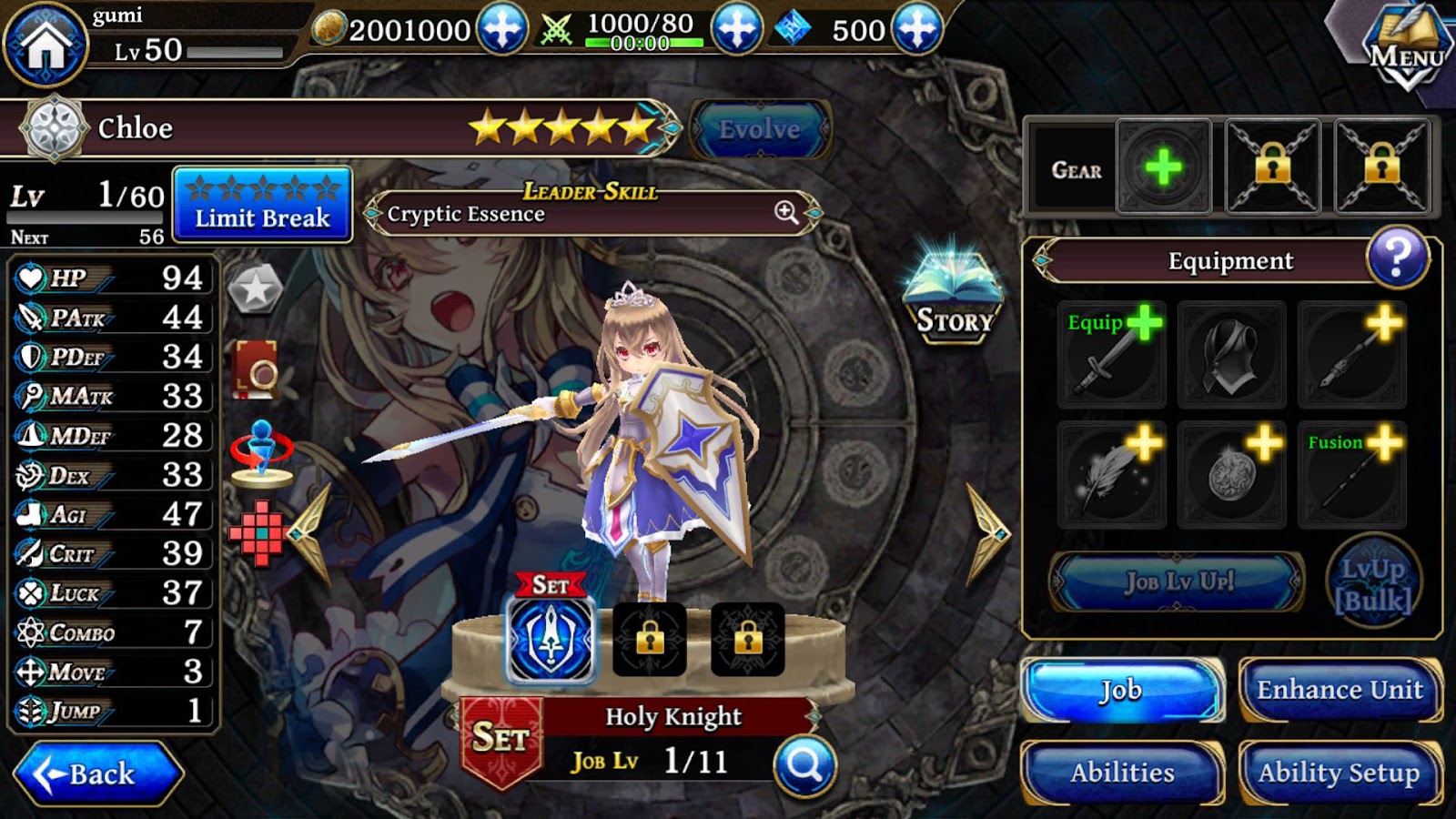 With this feature, you can now look at all of your favorite characters in full 3D. Spin them in their iconic and special costumes! Tap on the character and watch them come to life!

You can also unlock different Character Voice Lines by fulfilling different criteria such as Character Levels, Unlocking Master Jobs and others. You can listen to your favorite characters speak!

Bulk Up, Level Up

This button eliminates the tedious process of raising the character’s level one level at a time. Now you can raise your character’s level multiple times in a matter of seconds, depending if you have the right amount of shards. Great for those who want to power-up their characters quickly.

Last but not least, we’ll take a look at the changes made in the Battle. The features added in here are designed to give you a leg-up against your opponents!

Get Ready to Charge

Firstly, you’ll get to see the word “Charge” appear on top of the character’s Icon, at the top left of the screen, to tell you that a spell is ready to be executed in the coming turn unless you want your other units to walk into your own devastating flame spell. Here’s an example for you: We’ve installed a new camera angle and increased the viewing angle for your viewing pleasure. A bird’s eye view of the battlefield will give you the foresight to plan ahead, and the ability to find enemies hiding behind corners. As seen in the image below: Previously, you can only turn the camera around 180 degrees. But in Global v2.0, you can view the battlefield in 360 degrees!

Making calculated decisions is the crux of any strategy game, including THE ALCHEMIST CODE. Having a wealth of information at your fingertips will be extremely useful for those who wish to challenge the Alchemist’s notorious hard quests. That’s why to help you make strategic decisions, we’ve added the Battle Information page as seen below: 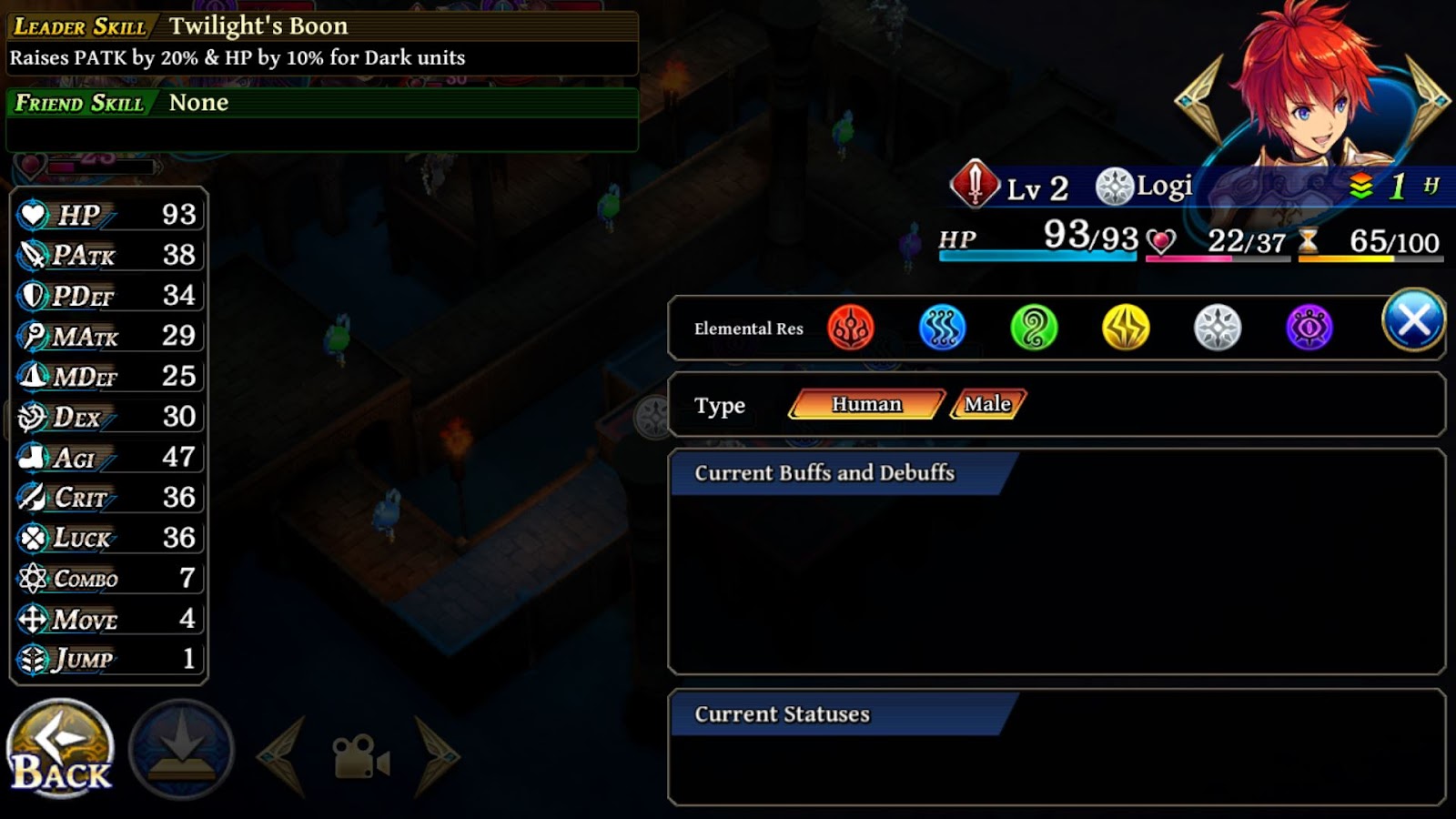 We have made a few improvements to speed up the gameplay. Firstly, we’ve slightly improved their death scene (it’s not what you’re thinking about). Now, when you knock out a group of enemies, they will faint together and not one by one. And all items will be collected in a single at the same time.

Another improvement is the option to Disable the Battle Animation. With this enabled, all characters in the battlefield will not animate when they attack, which speeds up the overall gameplay.

Over in the Arena, we’ve added two new buttons:  The Fast Forward Button and the Skip Button. You have the option to choose to view the game at twice the speed or skip to the results, your choice! 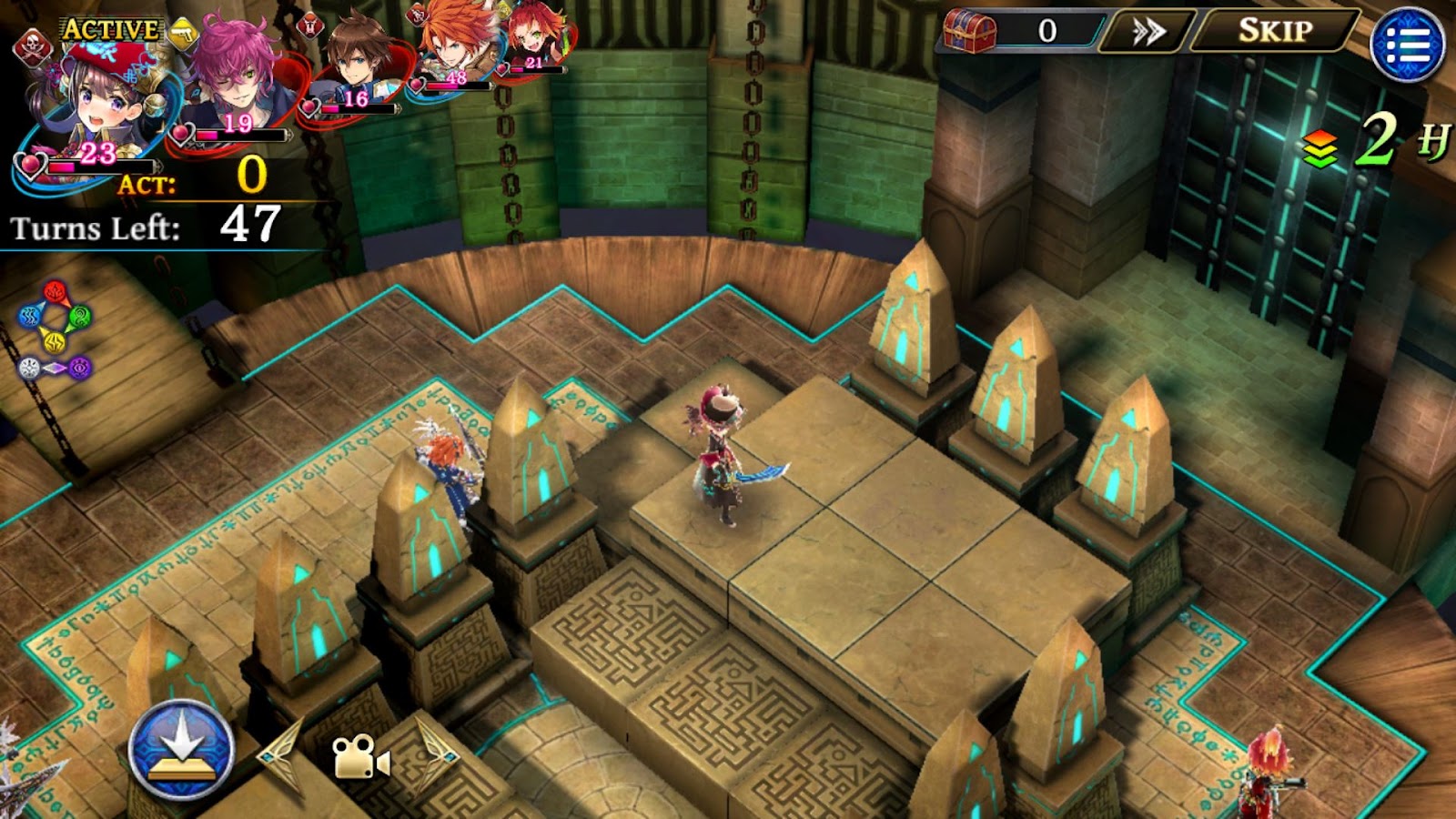 Well, that’s the list of the major changes we’ve made to the game. We’re also improving the back-end processes and systems to make your time playing the game a better one. Thank you for reading and I hope all of you will enjoy the new and improved THE ALCHEMIST CODE Global v2.0.

On the next Developer’s Diary, let us share something special. Let us show you the behind-the-scenes process, the design and the creation of Global exclusive characters and their stories. We would like to introduce to you, and the world, the first of many Global Exclusive Characters, Siegfried!

Be seeing you at the Door of Truth, Alchemists