7 progression and event systems that every developer should study

We reached out to game developers and designers to talk about the growth of progression and retention systems in online games.
Bryant Francis
Senior Editor
June 06, 2016

Online multiplayer games are almost defined by a constant state of change. Since their inception, the rise and fall of different genres, the constant patching, and the eventual creation of things like metagames has meant the only real certainty in developing online games is that—well, nothing is certain.

But even if nothing is certain or fixed in online game development, that doesn’t mean past trends don’t matter, and two trends that have taken over online multiplayer are the introduction of progression systems and events.

Progression systems, in case the name itself isn’t clear, are means of tracking player progress across multiple matches. Depending on the game, this may not directly affect the choices and opportunities for players in the game itself, but it generally offers some way for players who’ve invested hundreds of hours into a multiplayer title from those who’ve just started.

Event systems, on the other hand, fall under the live-operations side of game operations. They’re focused on keeping players interested in a live game, and sometimes bridge the gap between adding new content and not having any new content at all.

Both are such an essential part of online games production that even single-player games will often have live events now, and almost every large multiplayer game on the market is shipping with some kind of leveling or progression.

We sought input from several members of the development community on this topic, and below, we’ve compiled a list of seven multiplayer games to help you figure out what systems are right for you on your next project. 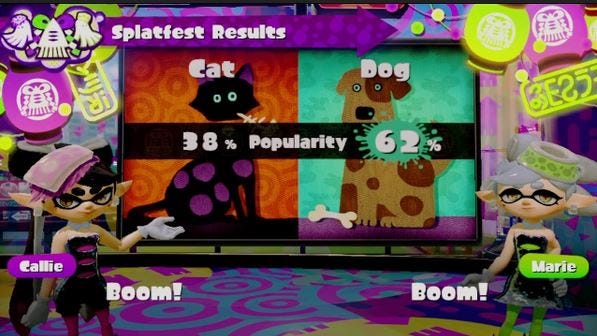 Nintendo’s Splatoon, despite coming from a company that hasn’t had a historical interest in online gaming, earned lots of praise in the development community last year for getting its multiplayer experience so right. That extends to how it handles progression and retention events.

For progression, players earn currency over the course of several games that can be used to purchase clothes of varying looks and stats, letting players both express themselves and tweak their in-game performance. It doesn’t dramatically upset the balance of the game, so a player that's further along never completely outmatches less experienced players on power alone. But it does reward sticking with the game for a longer time.

For the game’s retention events, Nintendo’s Splatfests have been lauded for keeping players energized and interested in the game. They create turf wars around goofy questions--rice v. bread, pirates v. ninjas, Spongebob v. Patrick--but League of Geeks' Matthew Rowland has a particular fondness for them. “It's not just a simple ‘play this weekend to get bonuses,’” he says. “It feels like a true event in the game world, and the simple act of asking players to choose a team based on opinions creates natural rivalries between friends and strangers alike.”

2. City of Heroes: One of the earlier login reward systems 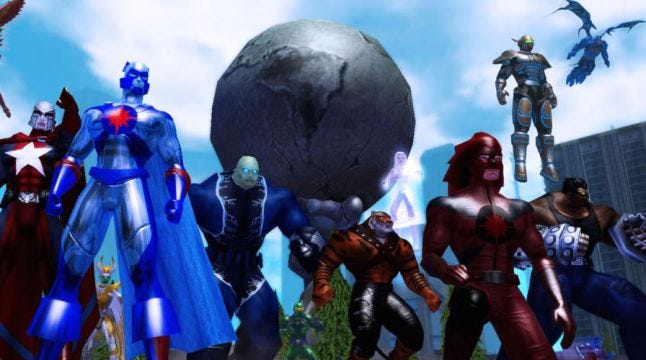 City of Heroes may not be online anymore, but if you look back into the game's archives you’ll discover a system called the Veteran Reward Program that was meant to keep players logging in. It was a relatively early example of what would later become today's login rewards, which typically move on a faster pace and are practically a requirement for staying on some online games’ power curves.

Digging through the rewards, the focus was on cosmetics, but eventually added some minor power rewards for veteran players. It shows the long-standing struggle over what rewards will best keep players coming back, and it’s worth comparing and contrasting this reward and rollout against modern progression and retention efforts. The 3/6/9/12 month rollout with the given rewards probably wouldn’t catch players' fancy today, but it’s worth considering why an additional character slot or character re-specs were considered so valuable at the time, and what analogous rewards might be considered today. 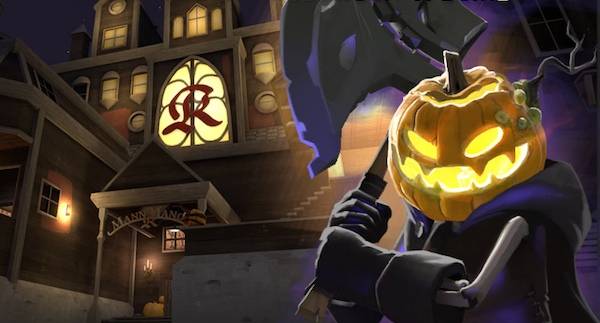 Team Fortress 2 doesn’t exactly have any linear means of tracking progression. You can earn crates and purchase items, but unless you were playing in the game’s early days when achievements unlocked items, you’re generally just playing as much as you want and learning the game’s different mechanics.

But the events are a whole other ball game. Bungie design lead M.E Chung tells us that she has long been incredibly impressed with how Valve handles seasonal events, and the way they take lessons from their other live games like DOTA 2 to apply into other live games. Valve’s updates are frequently defined by a three-to-four day drip of new information to build interest in the event, a strong central theme that helps define the humor and nature of new items, and sometimes tweaks to gameplay that will drive players to chase limited-time rewards or just participate in the madness.

(If you’re looking for more on how Valve handles TF2’s events and retention, Robin Walker gave a talk at Steam’s Dev Days that covers the company's live operations strategy.) 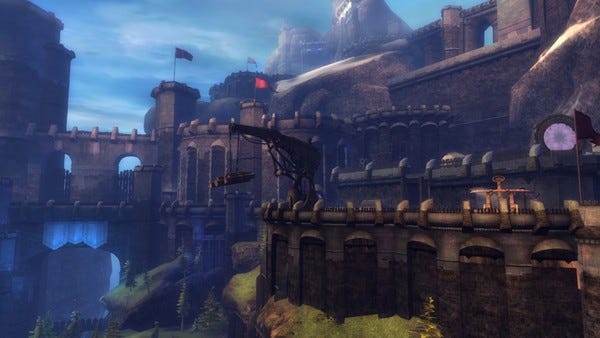 Skydance Interactive’s Laralyn McWilliams argues that the stickiest progression systems are the ones that incorporate multiple playstyles—because while mastering a ‘main playstyle’ may help mark your top-tier players, allowing and encouraging multiple playstyles will let the playerbase at large tune the experience to what they enjoy.

To that end, McWilliams says that the exploration system of Guild Wars 2 is one of her favorite forms of progression in online games. Some of the waypoints throughout the game world, which all grant general experience, also grant specific skill points or unlock quests/events. It’s a tool to especially reward players who enjoy a certain subset of Guild Wars 2 (exploration), but it also gives players who enjoy other game elements reasons to make the trek.

McWilliams’ advice on building systems like this is to think about progression as more than just one arc of progress. “Settle on the progression pattern for your main playstyle, then create a list of other player activities you plan to support,” she says. “Are there ways you can create strong two-way links between the main progression system and these side activities? Look beyond just having them reward XP—can you hook them into your progression system more deeply?”

Call of Duty 4: Modern Warfare is the game most often credited with yanking shooters into the realm of MMO games, introducing experience points and unlocks as an online progression system, and not just creating a space for players to enter and leave a set of matches with no incentive to pursue any particular goal.

And for some designers, like Uber Entertainment Creative Director John Comes, it’s still the best in the business. Comes argues that Call of Duty learned about using progression to reward different playstyles, and says his favorite part of the system is how it aligns to what kind of guns you enjoy using. “If I like using a SMG, I continue to get more and more toys to play with on that specific weapon. It allows me to keep refining my way of play, especially since there are so many unlockables for both my avatar and my weapon.”

Call of Duty devs have expanded this progression system into a set of weapon XP events to reward this behavior, which doesn’t quite have the personality of the aforementioned Splatoon, but is still a solid basis for studying how to build live events into an arena multiplayer game.

6. Eve Online: When progression isn’t just about yourself 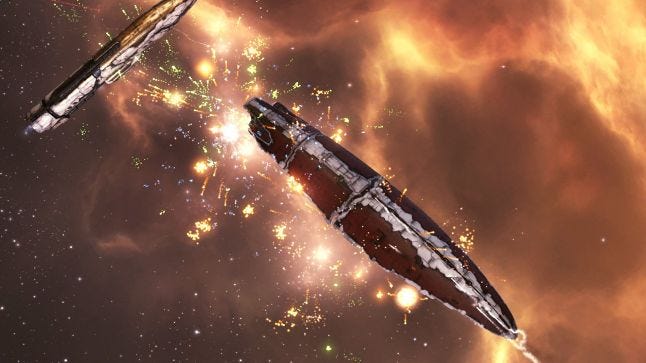 This example’s a bit unconventional compared to the rest. Eve Online’s main form of progression is—well, currency. You get a job, earn money, and help other people make money. Or maybe you just infiltrate another player’s corporation and steal all the money they earned.

For Kitfox Games’ Tanya Short though, she recalls her time playing the game being spent enthralled with the games’ accounting system. The system has multiple components in-game, including station trading, where you monitor the materials market and try to buy low and sell high, and mining systems, where you haul freight from planets to station, and can be attacked by other players.

Short points out that playing Eve’s money-based systems as a corporation means you’re not just acquiring experience for yourself, but also for the corporation as a whole. (And money can obviously be turned back into power, or other means of making money.)

Newer online games have done everything from creating leveling for guilds to shared experience or opportunities for groups of players to climb the ranks together, so online progression systems don’t necessarily need to lock players into a one track curve. If your game’s supposed to be about playing with friends, maybe you can reward people for playing that way. 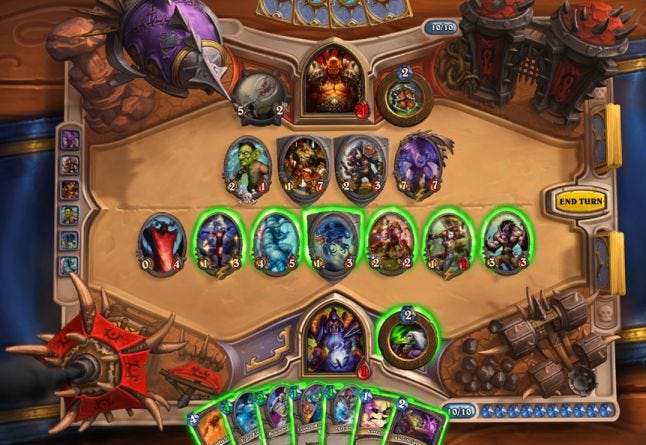 And finally, League of Geeks’ CEO Trent Kusters wanted to weigh in on a game he thinks has nailed online progression: Hearthstone. To Kusters, Hearthstone takes many of the lessons about good online progression systems and bakes them into the game so that it’s extremely accessible to players who aren't necessarily familiar with how video games work.

Hearthstone uses the drip feed of card acquisition to help players understand roughly how much power they can put out in a given moment, and hides many of its more advanced systems behind places players need to essentially walk up to and say “I’m ready” in order to engage. It essentially runs its own weekly ‘event’ in the form of Tavern Brawl, which promises players special rewards for winning at least 1 round, and otherwise does a fine job taking many of the usual experience bars and video game incentives and wrapping them up as tight as possible within the UI and core gameplay.

For all the complex, inventive, and foundational experiences we’ve described above, Hearthstone does its best to hide many of these systems so players can focus on gathering play—so maybe it’s worth evaluating what’s worth ‘showing’ and ‘hiding’ when developing these systems on your own.