"Running down corridors" : First steps in a game inspired by Dr Who

Inspired by Dr Who, I'm looking at making an action game with no guns, but a lot of running down corridors. The first steps include four working prototypes which test different game play approaches.
Joe Cutting
Blogger
September 02, 2014

I've always been a big fan of Dr Who. As a child I remember watching Tom Baker attempting telepathic communication with a wobbly rubber alien and I was genuinely scared by the rather low tech monsters who chased him. Fast forward and I love the reboot, it's not always perfect, but it's smart and funny with enough quirkiness to keep me watching. So I was fascinated when the BBC published "The Writers Tale", a behind the scenes look at how Dr Who is written. 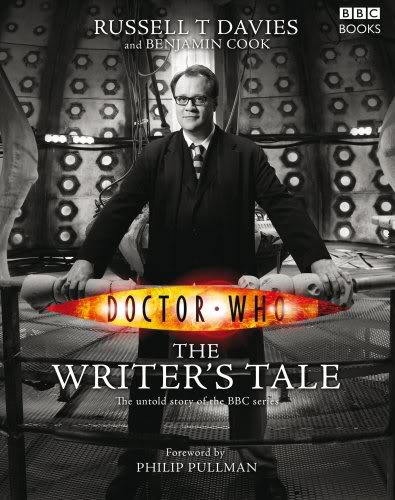 It's written by Russell Davis, who was executive producer during the initial reboot (with Benjamin Cook, a journalist), and it's a great read. Davies reveals how many of the scripts for this multi-million pound show are written in the final weekend before the deadline in best "leaving you homework to the last minute" style. He also gives you some of the rules for the Dr Who universe, which include "No guns". Sure, the bad guys have guns, as do some of the supporting characters but the Doctor himself, no, its not his style. Davies also admits that the show contains a lot of "running down corridors", a trope which even the Doctor himself mentions in some of the shows.

I'm also a big fan of top down adventure games and I've also been playing Zelda: Ocarina of Seasons. I particularly like the part at the beginning, before you pick up the sword, where you have to run away from the monsters rather than attacking them. So I wondered, would it be possible to build a 2D adventure game with echoes of Ocarina of Seasons but in Doctor Who style, no guns (or swords) but probably a lot of running down corridors.

Right, enough thinking, the next step was to build some prototypes to see if these ideas have legs. The prototypes are pretty basic, you just have to collect stars and avoid the robots. I wanted to test the gameplay on both mobile and in-browser so I used the Phaser HTML5 game engine.

Try it for yourself. It should work on pretty much any browser, mobile or desktop (any problems, let me know in the comments).

I was fairly pleased with this, it's not bad for a first prototype. Dodging the robots is quite fun, even though there isn't enough variation to hold your interest for that long. As the levels get more complex you need to dodge pretty quickly otherwise you'll get stuck and won't be able to go any further.

This is where I have to make a confession, on a subject that is rarely admitted by game designers. My reactions are pretty slow, and I'm not that coordinated on mobile screens. There are several games that I've loved right up to the moment where my coordination fails and I'm just not fast enough to get any further. I usually spend a week trying to get past that one place and then give up. The game then sits on my phone, unfinished, taunting me. So, I didn't want this game to be dependent on the speed of your reflexes and coordination. There's a bit of a contradiction here, I'm designing a game about running and dodging, but I want it to be playable even if you're not that coordinated. But as Leigh Alexander points out, games are a fantasy designed to make us feel we're good in roles that we'd be terrible at in real life. So it's a contradiction that I'm happy to embrace.

So, what's the answer? Well I could just make the game slower. If I slow down both the player and robots then the net effect should be the same. So here's prototype 2, try it for yourself. Well it may be easier to play, but its a bit, er, slow, isn't it? This isn't the effect I was after, you're supposed to feel like you're doing super speedy dodges and just slowing things down doesn't help.

With prototype 3 I tried a more flexible approach. The game starts off with everything moving quickly, but each time you get caught by a robot it slows everything down a bit. That way, if you're finding that any of the levels are a bit too fast, they get adjusted until they're right for you. Once you've completed a level the speed goes back up to the original fast version.

Things get more complex with more robots to avoid

Prototype 4: Only move when I do

Prototype 3 is ok, but you still tend to touch around wildly, trying to avoid things. Is there anything I could do to encourage players to be a bit tactical and try to out-think the robots? Prototype 4 is maybe inspired by games like Superhot. In this version the robots only move when you do, which gives you lots of time to plan your next move. This gives an interesting result, on the early levels this prototype is actually harder to play, because its more difficult to predict which way the robots will move. But when the levels get more complex, you get a chance to play in a more tactical way without so much frantic screen stabbing.

Some of the robots will chase after you directly.

Well its definitely been worthwhile building the prototypes. I've learnt a lot. At the moment I'm leaning towards keeping the variable speed of prototype 3 but also adding in some robots or levels which behave like prototype 4 and only move when you do. That way some levels can be exciting and frantic but others can have a more tactical approach.

I'd love to get some more user feedback though, so if you've any thoughts or ideas let me know in the comments or on Twitter (@joe_cutting).