The latest entry in the Half-Life series has been a long time coming, but so have more developer tools based on Valve’s current internal engine Source 2.
Alissa McAloon
Editor-in-Chief
November 21, 2019

The latest entry in the Half-Life series has been a long time coming, and so have more developer tools based on Valve’s current internal engine Source 2.

Along with today’s official reveal of its VR exclusive game Half-Life: Alyx, Valve has lightly revealed that developers will soon be able to use a set of Source 2 tools to create their own content including environments that will run in the upcoming game, though the extent of those creation possibilities is somewhat up to interpretation.

“A set of Source 2 tools for building new levels will be available for the game, enabling any player to build and contribute new environments for the community to enjoy. Hammer, Valve’s level authoring tool, has been updated with all of the game's virtual reality gameplay tools and components,” reads the announcement in full.

Some Valve games like Dota 2 have been moved from Source to Source 2 during their lifetime, and previously Dota 2’s creation tools were really the only hands-on, albeit limited, access external developers had to the engine. Valve has long said it plans to release the engine itself as something developers can potentially use for free to create their own projects, but any concrete details following that 2015 announcement have been hard to come by.

Half-Life: Alyx and the aforementioned Source 2 tools are set to release in March 2020, though the extent of how those tools can be used outside of creating community-made Half-Life: Alyx content is something that remains to be seen. 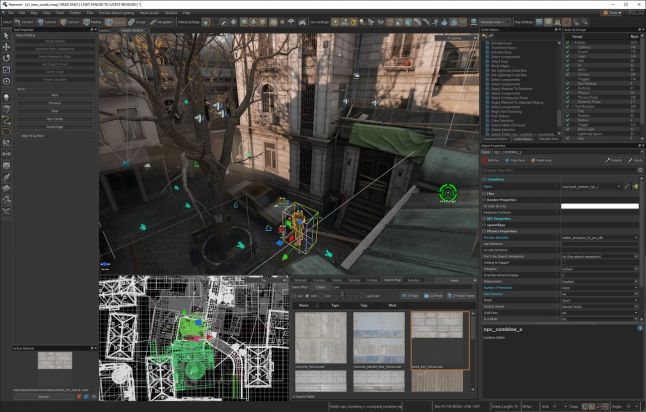