What Xbox Game Pass Could Mean for the Game Industry

The Xbox Game Pass announced today is Microsoft's first step away from retail stores. Could this Netflix-styled way of buying games catch on for the rest of the industry?
Josh Bycer
Blogger
March 01, 2017

It was announced today that Microsoft is going to be experimenting with Netflix-style subscriptions for Xbox. The news is still fresh, but I want to talk about what this could possibly mean for consumers.

From the announcement, the service is going to cost nine dollars a month and feature a rotating catalog of games. Any games on the service are free to play for as long as you want while they are available. Buying a game that you are playing will give you a 20% discount, as long as it's still on the service.

That last part is a big deal. The PS Now service only lets you stream games on the service, but not download for ownership. The Xbox plan is similar to the EA Access plan, but that was limited to EA games and priced at $30 a year.

The argument for lowering game prices has been happening for years, and this sounds like a good alternative.

One of the problems of buying games today is the sheer number of them being released. Very few people have $60 to spend on multiple AAA games, not including Indie hits. Finding the time and money commitment has been a constant problem. What these streaming services offer is an essentially the Netflix-style of having a rotating catalog of games to play.

You are free to play them as long as you want, and chances are you will be able to finish some of them before the month is up. In terms of pricing, it will be very easy for the pass to pay for itself depending on the games that are available.

This will be another option to allow people to play more games without spending on full retail. With that said, there are a few concerns I have for this style of game buying/demoing.

A service like this works in the favor of the publisher, but I have some concerns for the developers. Anyone beating a full $60 game in a month would be a lost to the publisher. Considering that someone is spending nine dollars a month, how much of that (if at all) is going to the developer?

I'm going to bet that a lot of the games on the catalog are not going to be new releases; it would be crazy to offer a $60 game for only $9. A month still leaves plenty of time to finish at least one game. News is being reported that GameStop stocks took a hit because of the news, and with good reason.

If the service offers a huge back catalog of games, then why would people want to buy used copies at a store? When it comes to this kind of buying, retail stores are going to be impacted the most. The game industry has been doing all it can to move away from the control of retail outlets. If the Pass catches on, it could severely hurt stores like GameStop.

Again, we don't know what games will be on the service, but the discount will be a huge attraction to buy games from it and not from the store. 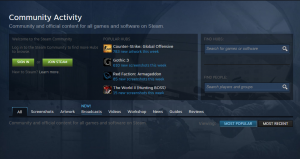 I'm also wondering what this will do to Playstation Now. Sony did prevent EA Access from being allowed on the PS4, but that was before the pass. And if this works for them, I'm sure Nintendo will be keeping an eye on it.

It was already announced that the Switch will have their multiplayer service and game catalog tied to some extent, but that could be changed into something like the Pass and Access.

The point of these streaming services is an alternative to retail purchasing. At this point, it's too soon to talk about the Pass's impact. However, this is a sign of the future of playing video games. The PC has been mostly digital thanks to Steam, will things follow suit for the home market?

As a final point, one crazy option would be a joint venture of streaming games from all platforms; think GOG for consoles. Even though I would love something like that, my money is on it not happening for some time. Microsoft is certainly trying to mix things up for everyone, and a lot of people are going to be looking at how it works out for them.

What do you think about the Xbox Game Pass? Would you give up conventional retail purchases for something like this?