What Does 2018 Hold for the Art and Business of Gaming?

A lot happened last year. Virtual reality (VR) became much more accessible, and the Nintendo Switch proved that mobile is definitely popular — and there’s plenty more to come. Here are a couple of my predictions for gaming in 2018.
Andrew Heikkila
Blogger
January 03, 2018

Looking back on 2017, there were both ups and downs in the world of gaming. It was a strong start — so strong, in fact, that Jordan Minor, writing for Geek.com, claimed back in April that 2017 was the “greatest start in video game history”.

Minor’s claim has legs; Breath of the Wild is one of the best games in the Zelda franchise, and Super Mario Odyssey brought new life to the Mario series. However, the Battlefront II fiasco, the contentious Mass Effect: Andromeda, and, of course, the passing of another year without Star Citizen, all help to disqualify 2017 as a pinnacle year in gaming in my mind.

Nevertheless, a lot happened this year. Virtual reality (VR) became much more accessible, and the Nintendo Switch proved that mobile is definitely popular — and there’s plenty more to come. Here are a couple of my predictions for gaming in 2018:

Earlier in 2017, I wrote my Future of eSports series (parts i, ii, and iii) in which I explored the “win” conditions that I proposed might push eSports into the mainstream. It’s not a matter of “if” — even Adelphi University’s online resources predict the future of sports will include widespread eSports adoption — but rather a matter of “when.” My predictions aside, 2018 could absolutely be the year that eSports hit the mainstream.

Whether the eSports industry makes its major breakthrough in 2018 or not is yet to be seen, but it’s undeniably set to grow. Both Business Insider and eSportsBet.com have postulated that Marvel vs. Capcom: Infinite, Unreal Tournament 4, Quake Champions, and dark-horse title LawBreakers, a first person shooter by Gears of War creator Cliff Bleszinski, could all be titles that gain mainstay popularity.

As the experts at University of Alabama’s online MBA program write, “77 percent of Americans now own a smartphone, up from 35 percent in 2011.”. In 2018, Statista predicts that number will reach 2.53 billion smartphone users worldwide. 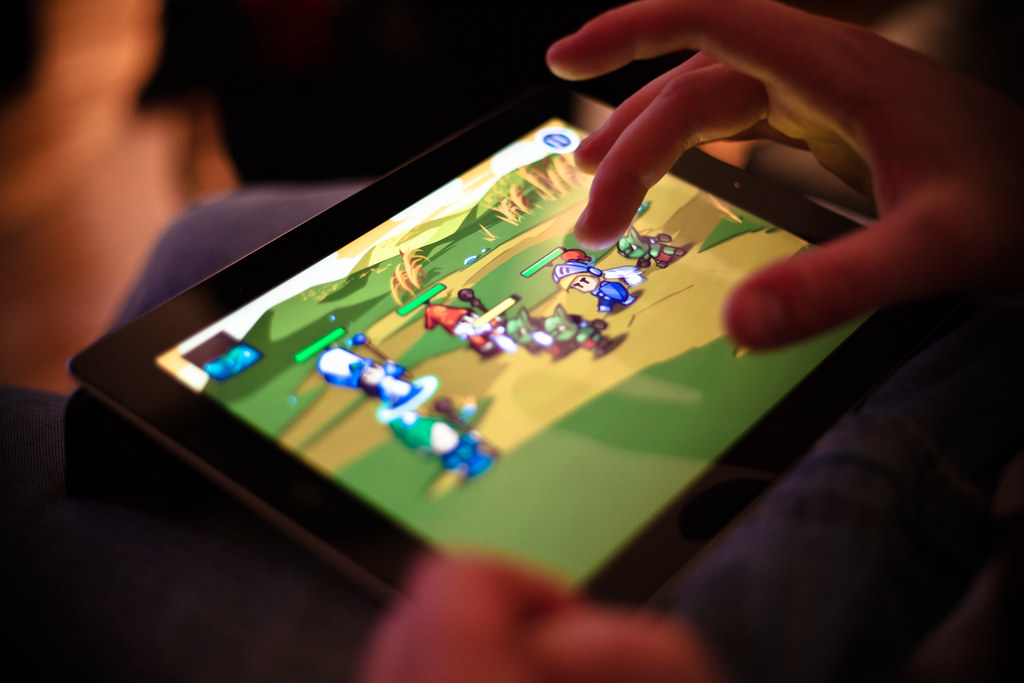 Connie Hwong of Verto Analytics sees tremendous potential in mobile gaming. “Mobile gaming has been a constant presence in the headlines the past two years, buoyed by multibillion-dollar deals with superstar start-ups like Supercell and King, the incredible hype surrounding titles like Pokémon GO, and the mere fact that mobile games rank second only to social media and communications apps in terms of consumer time spent,” she writes.

Unfortunately, the growing popularity of mobile gaming threatens to thrust the pay-to-play or “loot box” model on the wider industry. I wrote a piece earlier this year on microtransactions and Battlefront II, but Heather Alexandra writing for Kotaku better articulates the problem with “loot” boxes:

“When you go to a casino, they give you chips. When I log into Fire Emblem Heroes, they give me orbs… It is something that has been a cornerstone of games for years now… It’s a system that preys on addiction, built upon mountains of research on how best to trick people into letting companies rob them... we need to acknowledge what loot boxes are. They’re slot machines in everything but name, meticulously crafted to encourage player spending and keep them on the hook.”

Hopefully mobile gaming’s growing popularity in 2018 will lend itself more to great innovations such as augmented reality (AR), popularized by games like Pokemon GO!, rather than snakey business tactics.

VR began making bigger waves in 2017, with Samsung pushing their Galaxy S7 and S8 lines as leaders in virtual reality devices. Unfortunately, VR is still in its infancy, with too few offerings and costing just a little too much for the average gamer to buy, set up, and keep. Nevertheless, 2018 could very well be the year that VR blows up, and all it will really take is an extremely compelling new property to hook the masses.

Magic Leap One has also been making waves, with Jessi Hempel of Wired proclaiming that it’s finally time to take Magic Leap seriously. Leading the AR revolution, Magic Leap finally just unveiled their own AR goggles, and they could be here for public consumption by 2018.

Of course, AR will go through the same cycles as VR did. At first it will be mysterious new technology, without many great games that utilize its full potential — but once those games come out, it’s on. The rise of VR and AR could also eventually help eSports reach its fullest potential.

Thor: Ragnarok, Guardians of the Galaxy pt. II, Stranger Things, the SNES classic mini — 2017 really embraced the “retro” 80’s theme. My specific prediction? Retro 90’s are next, and it will be in the form of the N64 Mini. 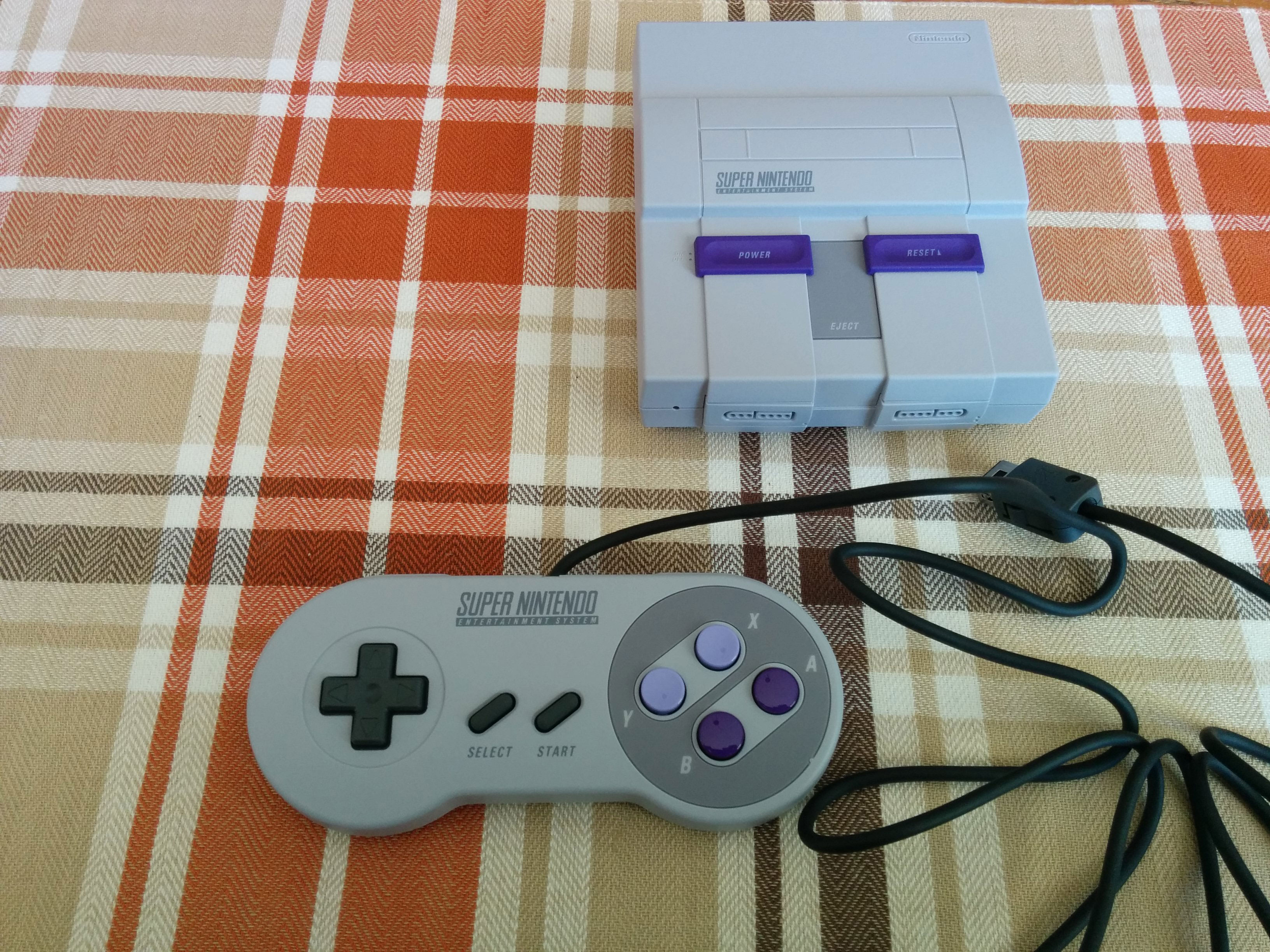 ​TechRadar posts that there is evidence for and against Nintendo making the N64 Mini its next project, including a trademark document recently uncovered with the European Union Intellectual Property Office (EUIPO).

“Filing number 016991325 points to an image of a Nintendo 64 controller, showing the company legally suring up the defences of its trident-shaped pad for some future purpose,” writes Gerald Lynch.

Nevertheless, there are also a few hurdles, including that Microsoft basically owns Rare, which produced many hit games, such as Donkey Kong 64, Perfect Dark, and GoldenEye. However, that doesn’t mean that a deal couldn’t be worked out. Other good news includes that if the N64 Mini is a success, perhaps we’ll see releases of some of our favorite games on other consoles too (Silent Hill for PS1 remade ala the Resident Evil Re:make games on GameCube).

The Year of Hacks?

2017 was the year that the world realized just how important cybersecurity is. Duquense University reports that in May 2017, a simple authentication flaw in Molina Healthcare’s network exposed up to 4.8 million patient records. Even before that, in 2016, the healthcare industry was making headlines when a Hollywood hospital paid $17,000 in bitcoin because they were hit with ransomware.

It’s my fear that gamers are going to suffer from this same sort of moment of panic. Sure, we already saw how that could go after seeing the PlayStation Network get hacked — but it’s hard to say that people really understand just how bad things could get if anybody really wanted to do harm. ECPI reports that “in our country, there are over 200,000 cybersecurity jobs available annually,” but that 40,000 of those jobs go unfilled because people aren’t skilled enough to do them.

Hopefully Sony and Microsoft aren’t further affected by that skill gap. They have access to credit card information, and kids who would be easy to phish. Let’s hope that 2018 is not the year of hacks.

...the future of gaming is certainly interesting. In addition to all of the above, games have been gaining popularity as therapeutic tools — Regis College’s online counseling program uses the game Gone Home as an example to explain how video games could be used therapeutically in counseling. I touched on the subject briefly as well, back in August when I wrote “Prescription-Based Video Games for Therapy, Learning, and Development,” and my hope is that this approach is further explored in 2018.

As far as video-games-as-art go, I hope that the boundaries of the medium continue to be poked at, pushed, and crossed. There’s plenty of money to be made in the industry, but that doesn’t mean that it needs to be made lazily or at the sacrifice of good art. While the Battlefront II fiasco may just be the beginning of the most egregious money grab the industry has seen, it also shows that core gamers aren’t sleeping. As long as these gamers stay active and loud, there is still hope for art in the industry. Here’s to an interesting 2018, and all of the gaming joys the year will bring.