TIPS FOR LOCALIZING YOUR GAME FOR CHINA IN 2019

The Chinese gaming market is understandably very attractive for many companies looking to go global. But while this massive market presents huge business opportunities, entering China poses its own set of unique challenges.

By sales, China made $34.4bn in game revenues by October 2018 (New zoo). China is by far the world’s largest gaming market and the largest mobile gaming market, which makes up more than 25% of global mobile game revenue. According to the market research agency Niko Partners, China will enjoy strong growth in digital gamers and game revenue over the next 5 years, to reach $42bn USD in domestic revenue by 2022 (with well over half coming from mobile games alone). With nearly 600 million gamers, it isn't hard to see why investing in China's gaming industry will be a profitable one. 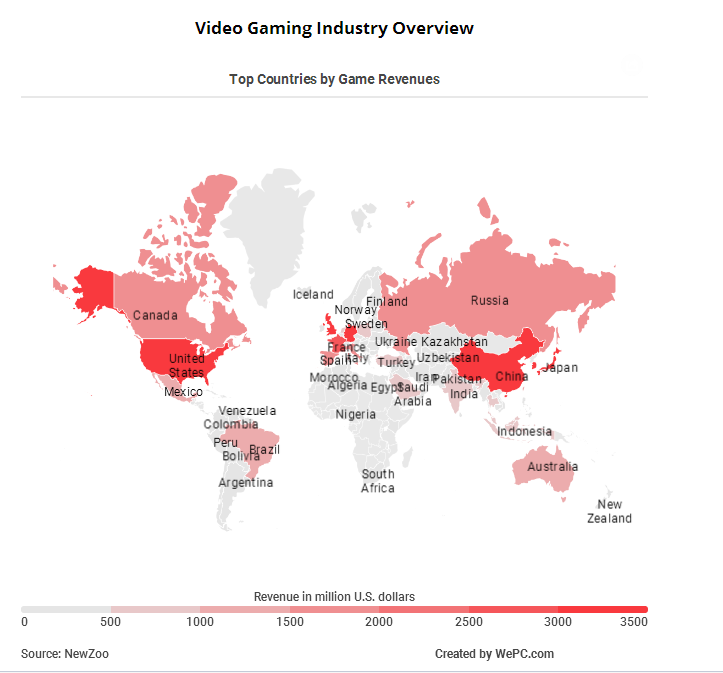 Publishing Games in China Has Never Been Easy, Especially for Foreign Companies

The Chinese Government has introduced new regulations in the gaming industry, and this is a source of concern for investors. On March 28, 2018, it all came to a halt for both domestic and foreign publishers. Ostensibly, approvals were no longer issued at all amid concerns over the amount of time consumers were playing online. This slowed the growth of the Chinese market to a crawl.

The Chinese Education Ministry believes the increase in the use of video games and the internet may be causing higher rates of near-sightedness among minors and issued recommendations which partly targeted video games. The new regulations include:

“We hope that through new system designs and strong implementation, we can guide game developers to better present mainstream values, strengthen a cultural sense of duty and mission, and better satisfy the public need for a better life” – the official said according to Reuters.

What Has the Impact Been?

The regulations have meant a lot for foreign investors, who are looking to change the game in an industry dominated by local companies like Tencent and NetEase. Since the Chinese Government froze the approval of new games to be released, the profits of many gaming companies have dipped. According to CNBC, Tencent lost $178 billion with reasons including the freezing of new game approval.

One example was the announcement that starting in 2019, it would start verifying the identities of all gamers playing its products in China against police records. The system would also include a strict limit on play-time each day – children under 12 will be able to play for one hour a day, with children 12 and over will be allowed two hours.

These new regulations are quite limiting and will have adverse effects on gaming companies under the influence of a western culture. China Briefing reports that they account for only 20% revenue of China's gaming market. Among the largest foreign investors in the Chinese Gaming Market are Korean companies which are from an Asian country like China. How, then, do gaming companies from other continents like Europe, America, etc. break the norm and usurp dominance with these regulations that contradict their practices?

Why These Regulations Should Be Noted?

The new game regulations are certain to set tongues wagging. They look quite stringent and they are sure to adversely affect gaming companies. Gaming companies in Europe have an entirely different system of gaming from the Chinese, so they need to come up with plans to change scope.

Chinese Government finally lifted a ban on approval of new games after nine months and this has handed a lifeline to gaming companies. Tencent shares increased by 4.5% after the ban was lifted. This is good news for gaming companies who have investments in China.

How to Crack the Chinese Gaming Market in 2019

International players should learn from the same lessons as their Chinese counterparts, and they should add new requirements to the list and focus on “quality games,” as defined by regulatory authorities:

Foreign game companies know that game localization is quite important in a bid to even break into the Chinese gaming market. But how much of its technicalities do they realize? Video game localization is the tweaking of a game's software and hardware to be sold in a foreign country. Such a country has an entirely different culture, language, norm, values, and practices, so all these should be taken into consideration.

Many people often mistake language translation as the only important aspect of game localization. However, several other important components like recreating packages, churning out new manuals, changing assets, and adding or removing some game content due to cultural differences, legal requirements, different age restrictions, etc.

Game elements need to be tweaked according to China's culture. The storyline is an important aspect of the game. It is, in fact, what determines gameplay. Foreign game companies need to tweak their existing stories to suit the Chinese culture. Your storyline cannot be based on obscenities because it is frowned upon by the Chinese. However, because of China's profound ancient culture, warrior games are highly recommended. Additionally, game roles need to be Chinese. The roles of these characters in a fictional setting has to be reviewed and the Chinese system needs to be adopted.

In the same vein, conversations need to be courteous and devoid of profanities eg. Cuss words, N-word, provocative clothing, violence, taboos, and superstitions. For example, China banned the sale of “Monster Hunter: World” due to its violent content.

Establishing a native bond is crucial if game developers are to connect with their audience. It is highly recommended that you work with a trusted local translation partner that works with native, in-country professional translators; as gamers themselves, they know exactly what game expectations this group is expecting. It also saves money because hiring a freelance translator who hasn't garnered the required art of translating can be quite counter-productive. Also, a professional translation partner understands the technical know-how and knows how to bridge the gap between cultures.

Moreover, do not neglect the fact that a trusted Chinese translation partner is a medium for expansion. A successful translation can lead to really great reviews which, in turn, can set the ball rolling for a business boom.