An insight into my experiences of indie game marketing, exploring the emotions it evokes and offering an alternative perspective on why indie developers use social media.
Sarah Wallace
Blogger
May 13, 2014 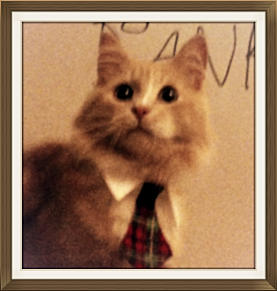 You've exhausted every fibre in your brain figuring out how to implement shadows, you've spent hours looking at a screen, modelling your next character, you've scoured the internet for useful tutorials on a new software package you need to get to grips with. Your day of game dev is finished. It's really late, must be time for bed. Not quite... It's time for marketing.

But what exactly is marketing? I guess, basically put, it's building an awareness of your existence, connecting with people who will be interested in your game and, hopefully, become invested enough to spend money on it in some way or another. However, is marketing just about sales, sales, sales? So far we don't have a game that's anywhere near playable, let alone buyable... So why, what and how exactly are we marketing? Let me share my new-found experiences of this mind-boggling aspect of the indie game development process with you.

The world of indie game marketing feels, to me, like a huge sea filled with a large selection of inviting looking cruise liners. And I feel as if I'm rowing around in a little lifeboat between all these ships, hoping someone will pull me aboard. Sometimes I send off a flare, give a little wave or make loud splashing noises in the hope of being noticed. Sometimes there are smiling people waving, extending their hands, which is nice. Other times everyone's partying on the deck, with their backs turned to the sea. It's altogether a very random and overwhelming experience, filled with large amounts of choice and feelings of hope, fear, satisfaction and disappointment.

Before becoming an indie developer, I did quite a bit of marketing as a self-employed circus artist and language tutor. I spent my days sending emails, calling agencies, updating my website, creating videos and putting up adverts in local cafés. I even ventured into the world of social media and regularly updated my Facebook, YouTube and Twitter accounts. I thought I'd have all the right skills to enter the world of game marketing. But I could never have imagined the veritable plethora of platforms available to indies for marketing their games. Faced with such a challenge, I found myself lost and afraid.

Opening a Twitter account was one of the first things we did to let people know about our new-found existence. This has been great so far; the network of game developers out there is huge and we immediately felt part of the community. Following in the footsteps of my previous marketing exploits, I opened a Facebook account and shared it on my personal profile. I think we got 15 likes on the first day, which has grown over these past three months to around 27. Feeling a little dejected that not more of my 400-odd 'friends' 'liked' our new venture, I started to do a little more research on where else I could spread the word about us and, more importantly, how. Also (even more importantly) I asked myself, 'What exactly do we want to gain from all this?'

As we're developing our first game (well, my first game; James has made a few before which were never commercially released) and are a brand new company, of course, nobody has heard of us. We were going to have to start building awareness about us from the ground up. I began researching, reading numerous articles about the importance of marketing and getting it right. I discovered that here are lots of articles out there which offer helpful advice. And then I discovered that there are lots of articles out there which contradict that advice. Confused, I read on.

'Never release screenshots from the first few months of development; they will stay on the internet and forever haunt you,' is one guideline which came up a few times. Being a brand new team with no other material to use, we didn't have the luxury of using glossy in-game screenshots and we shared our one-week-into-development screenshots for the world to see. Whether this will be best for us in the long run or not, I have no idea. It definitely did spark initial interest, though. 'Use all social media channels and update often,' was another piece of advice which leapt off the page (to be followed up with comments about 'less is more and quality not quantity'). So, most contrary to my former reservations, I opened a Google + page a couple of days ago. I'm still not entirely sure how it works... We now have 5 followers. Is that good? The trouble is, there are so many social media channels out there, each with its own particular angle. Take Flickr, Linkedin, Reddit, Tumblr, Pintrest, to name just a handful for starters. Similar, but different- and there are oodles more. The thing that's proving difficult is keeping track of all these accounts, having enough time to keep them all updated and actively contributing as a member of all these communities.

The next thing I did (as advised by the majority of articles I was reading) was to contribute on forums. There are often dedicated threads on indie and game forums where you can post about your upcoming title. However, forums often come with a long list of rules and regulations about posting, especially if you're a developer trying to plug your game. All these rules were sometimes confusing and I often had to re-read several times before I knew what they were going on about. There were some forums that I avoided altogether, as they terrified me. Scared of saying something that might land me with a 'perma-ban', I tended to observe others interact. It felt like a party I hadn't been invited to. I should start a new thread, I thought. What to write about? The rules stated it had to be witty, inspiring, original or helpful. At that point I was feeling none of these things. I replied to a few topics with encouraging comments, but wasn't sure how else to join in. Not also really wanting to shout loudly about our game, which at this point was still a collection of hazy screenshots, I remained largely silent.

With all these marketing channels available and only one pair of hands (and one memory) I set up a rather crazy spreadsheet to help me remember where I'd set up an account or posted on a forum, just to keep track of it all. This has proved indispensable and- if I had one piece of advice to offer- it would be make yourself a rather crazy spreadsheet so you know where the heck you are with it all.

Unfortunately, since beginning writing this article I happened to read a pretty disheartening article shared on Twitter, which basically advised indie developers not to bother marketing or even making games, as the market is so saturated. It offered nothing in the way of constructive advice and I'm not sure what purpose it would serve apart from to make indie developers feel terrible. Anyway, I'm sorry I read it. Since we are indies making a game (too far gone now to think of stopping and plus we don't want to stop!) we're going to give it the best shot we can and if you love and care what you're doing and what you're creating, then you should too.

For us, marketing isn't so much about reaching out to people in the hope of driving sales. Although we are inevitably making something to sell, that's not our sole goal from all this. We're putting ourselves out there in the hope of connecting with similar people, who can relate with our mad lives and invest in us, as people. In fact, even referring to it as marketing seems soulless. We want to build real friendships with others in the same boat. For us,- two lonely developers trying to do something incredibly hard in a world, it seems, driven purely by money- the community is a critical support network. And not just for giving advice about a certain type of software or how to market our game better. I'm talking about emotional support and encouragement. Each kind comment offers us something more valuable than money; happiness and self-belief.