The latest Guide for Game Localization Into FIGS 2020

If you don't know what FIGS means, you don't know localization at all. These are "go-to" languages for 90%+ game developers and publishers. But after 10 years of localization development, are FIGS still important? Let’s dig into the FIGS markets’ pote
Dolly Dai
Blogger
December 17, 2019

What does FIGS mean?

When you search for “FIGS localization” on Google, you will get over 23 million results, but why does FIGS matter? And what do you need to pay attention to when localizing into FIGS?

In translation and localization industry, FIGS stands for 4 languages: French, Italian, German, and European Spanish. Sometimes this list is supplemented with English (becoming EFIGS). Since English is considered the lingua franca in the games industry opening access to the US, the UK, Australia, New Zealand, Canada, and due to the fact that it’s easier to translate from English into other languages, here, we’ll focus only on the non-English speaking markets.

So, where will FIGS take you? 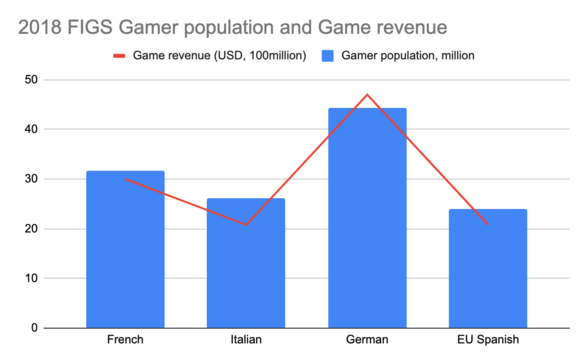 French is not only used in France but also popular in wealthy Belgium, Luxembourg, Monaco, and Switzerland. Besides the countries in Europe, French is also widely spoken in Canada, the Democratic Republic of the Congo, Equatorial Guinea, Haiti, Madagascar, Mali, Nigeria, Rwanda, Senegal, and many others. 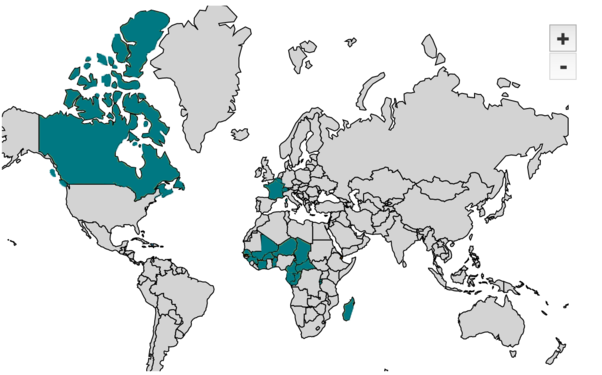 68% of the population in France play video games regularly. According to Newzoo, 31.6 million French gamers contributed $3.0 billion back to 2017, making France the 7th largest games market in the world. In France, men and women play almost equally: 57% are male gamers and 43% are female, although the prevailing male audience is slightly younger (10-35 year-old males vs 21-35 year-old females as the most active audience).

French also love watching other gamers playing - 42% said they do it online on YouTube or Twitch (keep these channels in mind if you need to promote your games).

Like other European countries, PC is the main platform for French gamers whilst â…“ play cross-platform games. Puzzle and casual games are the most popular genres in France. Those short and simple mobile games allow French gamers to play when they are waiting in the metro, queueing in McDonalds or having a lunch break.

Tips for translating your game from English to French

#1 Which French are you looking for?

As I mentioned above, French is widely used in several countries. In general, we use France French for game localization services but sometimes developers may also consider Canadian French.

French is typically 30% longer than English. With the limited UI space on mobile devices, developers often need to adjust translation length to match the source. With experience, this can be alleviated to some extent but finding the right balance between quality and user-friendliness can be tricky at times.

There are also a few formatting differences:

French quotation marks (« ») should be used at all times (compared with (” “) in English.

There should always be non-breaking spaces before punctuation marks (exclamation marks, colons) as well as space separators for numbers where English uses commas (e.g. 10,000 becomes 10 000). Missing spaces and using straight quotation marks in French looks cheap and affects the perceived quality of the game.

#4 Formality as a cultural marker

The same as Spanish or Russian, French has the formal pronoun for “you” (“vous” in official settings and “tu” in more informal situations). The titles can be used to demonstrate respect to the interlocutor.


Pro tip: From the very beginning, provide information about the characters (i.e. gender, relation between each other, who is speaking in the dialogues, other explanations, and screenshots). Provide lots of info to translators. This is because most problems and queries raised during the localization process are due to lack of context.

Do you think Italy is the only country that treats Italian as an official language? Actually, besides 57.7 million Italian citizens, it is also widely used in San Marino, Switzerland, Vatican City and some areas in Slovenia and Croatia. Italian players do not always have a very deep knowledge of English. Italian’s English proficiency ranks 34 out of 89 countries according to EF. Therefore game localization into Italian is necessary if you want to please your gamers, especially in complex games where decisions need to be made quickly. A complicated game left in the original language is often a turn-off for players. 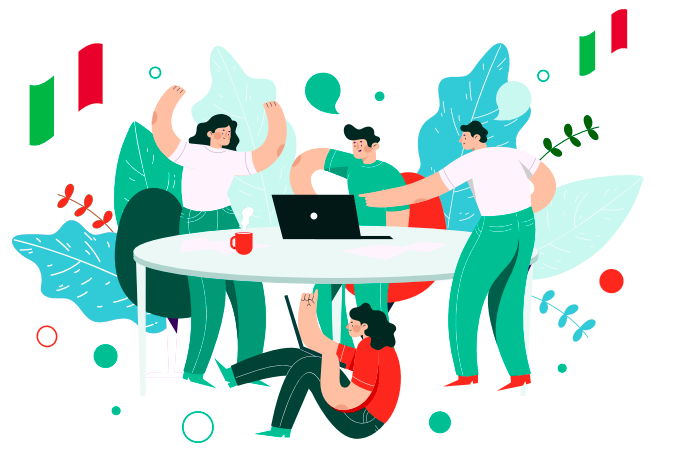 The Italian gaming market reached 2.08 billion euros with 26.2 million gamers in 2018, with a 13.4% growth compared with 2017, as stated by GameIndustry.biz and Newzoo. It has been mooted that the growth rate has slipped due to the Italian economic woes in recent years. However, Italian remains a top choice for game developers, not only because of the large number of gamers but also due to high quality local based game publishing companies such as 505 games.

In Italy, one-third of the population are gamers and the concentration drops between 25-34 years old group. 65% of gamers said they have spent money on in-game items or virtual goods in the past 6 months and around 30% of gamers paid for DLC/expansions packs. The average revenue per user (ARPU) is around 28 euros. What’s more, Italian gamers tend to pay more for PC games than mobile, although the mobile games market is bigger than on PC. If we break it down to see what kind of games Italians play, the top three are action games, shooters and sports games. FIFA is a big win from the sports game category.

In general, Italian text is at least 10% longer than English. This shouldn’t affect the UI side of things too much but should be taken into account. However if a game is dubbed, make sure translators have information about time codes or shot changes.

Italian is not the only language that uses special characters like è, à, ò, ì. The difficulty is not to write or translate from English to Italian but to choose the right font that can recognize these characters and display them correctly.

Italian uses gendered nouns, for example, the male cat is “il gatto” and the female cat turns into “la gatta” . Or table can be either “il tavolo” or “la tavola”. So it would be best to provide translators with info on what gender characters are in the game. 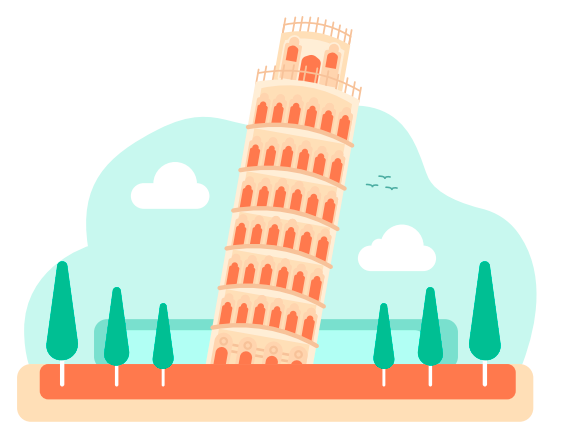 German is the one of the most important language in central Europe and is widely used in Germany, Austria, Switzerland, Liechtenstein, and Luxembourg. Although German is a pretty difficult language with four cases for nouns, pronouns and adjectives and three genders, it still much closer to English compared with other members in FIGS. In addition, German has very high proficiency English skills according to EF EPI, ranking 11 among 89 countries. However, supporting video games in German language will make local gamers enjoy your game and as a result respect you as a dev. 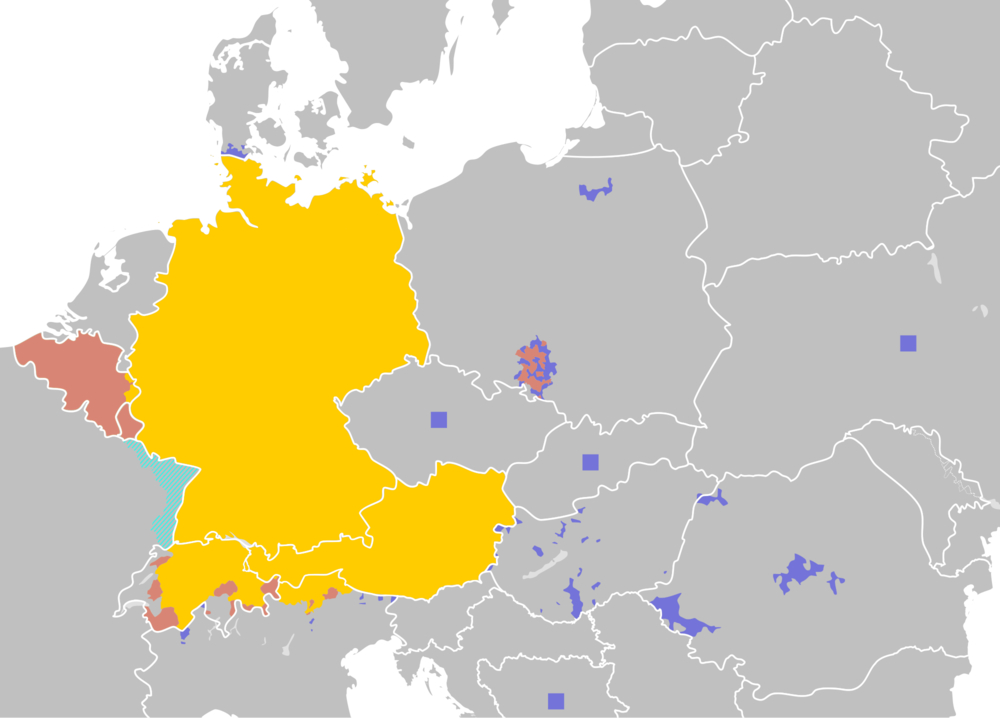 But does it means you don’t need to support German in your computer or mobile game? Is the word “simulator” included in the title? Then Germany is your game market. As claimed by NewZoo and G.A.M.E. Association, German is the largest video game market in Europe and #5 market in the world ($4.7 billion) with 44.3 million gamers. 60% of German gamers said they have watched gaming videos/tips/tricks on YouTube and Twitch, especially strategy and action fighting games. In other respects, the number of mobile gamers grows sharply and PC games lost their position as the most popular game platform (Game.de). 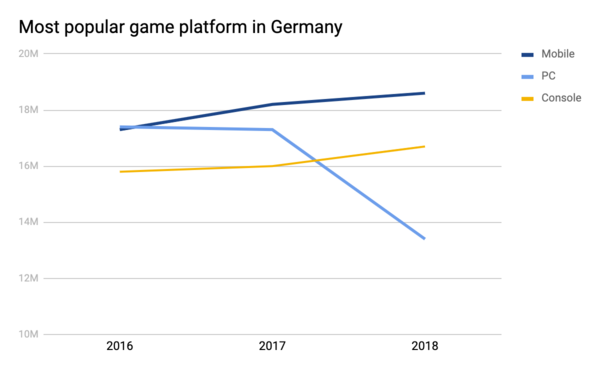 What’s more, the largest and highly recognized game conference Gamescom is held in Cologne, which attracts around 400k gamers and developers every year. Germany is also a favorited country of innovation for startups, which attracts 320 game studios and 1000 employees. Overall, German is definitely not the market you want to miss in game localization and internationalization.

Game censorship is not only prevalent in China. Violence is a controversial subject in Germany as well. For example, Resident Evil 4 was banned due to high-impact violence so Capcom had to release a censored version although the ban was lifted in 2017. Years ago, it wasn’t possible to show swastikas or cut off arms/legs in games for the German market. Nowadays developers have more freedom to do that. But we still suggest when localizing into German, translators and game devs need to take blood, gore and harmful actions into account. You must ensure you have the correct permissions in place.

German, compared to English, has extra and longer words, so make sure you leave plenty of white space in your layout. In order to drive your localization efforts successfully, you must first create a user interface (UI) that is adapted to German and it’s communities. Could you potentially use icons to save on the number of words that need to be translated and integrated into the UI?

Spanish as a whole is one of the most widespread languages in the world with 450 million native speakers. Spanish is also the second most spoken native language after Mandarin and the third most used language on the internet after English and Chinese.

I have prepared Spanish localization guide. Also I will compare EU Spanish and Mexico Spanish for you. Click here to learn more.