The Indie’s Guide to Surviving Events

Whether you're looking for feedback, exposure, press or just meeting other devs leaving your basement/office for a few days might be good for you. Since stepping out of your comfort zone isn't easy we have prepared a list of useful tips you may follow
Luis Diaz
Blogger
February 15, 2017

Attending an event and showing your game in front of strangers can be quite daunting at first. However, it's something that we, indie developers, must get comfortable with.

AlPixel Games (currently working on "A Place for the Unwilling") has been attending events for about three years and, though we might not be the most experienced guys around, we've picked some tiny bits of knowledge that might be useful to some of you.

We decided to make a short list with the most basic stuff you should be paying attention to.

First thing is choosing where to go. Travelling (specially when attending events) can be rather expensive, so picking the right places to be is very important (specially if you have a low budget). You should ask yourself what is that you are looking for, is it feedback? publishers? exposure?

There are events just for professionals, others focused on players and some mix both. Maybe you just want to chat and get to meet more devs, maybe you are looking for work for hire. Choosing a goal will help you decide which events you should attend.

Don’t overlook smaller local/national events! They might not be as flashy as the bigger ones, but they’re usually cheap (or even free) and they’re good to test games and meet some fellow ++ devs. 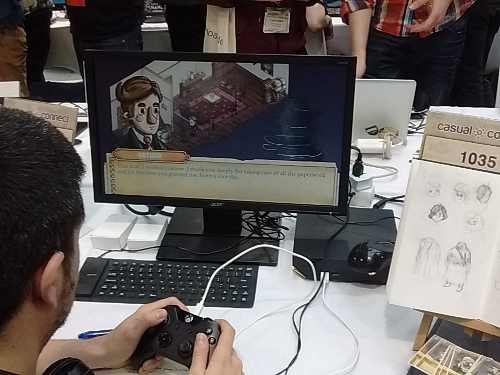 So you already chose an event and got your early bird tickets (hopefully!). You can now lean back and relax, right? Absolutely not!

Booth (if you got one)

Think of what you’ll need to feature your game at the event (PC, screens, posters, etc). Sometimes it’s better to take all your stuff with you, while sometimes it’s best to buy/rent it once you arrive. No matter what you choose always contact somebody from the staff. They will always be willing to help you, make sure you know the size of the booth and are fully aware of any space limitations. They might also be able to advice you about hostels, renting equipment or some other stuff (don’t forget about power adapters and powerstrips).

Who’s attending the event? Many professional events have online platforms you can use to browse attendees and arrange meetings, be sure to use them! (also try to do this as soon as possible)
It doesn’t matter if you want to talk to journalists, publishers or devs, get in touch with them before the event. If you get a meeting request from somebody you don’t know just accept it (unless they’re just spamming their services around), you never know what you’ll learn.
You’ll probably meet more people at the event, but planning meetings ahead is a MUST.

By now you should know that, even if you’re and indie dev, you do need to sleep. Look for a place to sleep that is close to the event. Hostels are usually a good choice, though sometimes airbnb can be even cheaper. Also check that you know how to get from the airport/bus station/whatever to the place where you’re staying at. You’ll also want to email yourself your full schedule (meetings, activities, after-parties, etc).

Are any other devs you know attending the event?

Maybe you could help each other, share cabs, rooms and information. It’s always helpful to have more people supporting you. Also ask around in case any dev you know attended the event last time, they might be able to give you some useful tips.

Looks like you made it, this whole thing is finally starting, what now?

Preparing the booth takes time, specially on your first day, since you might not even know where it is. Same thing happens with meetings, walking around and figuring out where everything is tends to be a good idea. Not everybody is already there at the opening hour, so you’ll be fine even if you’re a bit late, but you’d better try to avoid that.

Taking care of the booth

Say hi to the people at the booths right next to yours, you’re going to spend a lot of time together, so go ahead and introduce yourself. Always leave the game running or just play a gameplay video on loop when nobody is playing it, people always look at shinny moving things. Have a notebook at hand and write down every piece of feedback you get. It doesn’t matter if you think it’s not relevant or if you’re sure you’ll remember it, just write it down! You’ll probably be sorry if you don’t.

And don’t forget the game isn’t the only thing in need of feedback. A good pitch is really hard to get but, with so many people playing your game for the first time, what stops you from trying a different pitch with each person? Go for it and pay attention to their faces to see their reactions.

You aren’t likely to go viral with a photo of your booth, but at least your contacts will know you’re around. It wouldn’t be the first time somebody kilometers away introduced me to another person who was at the event. On top of all this it’s always nice to go back and see the pictures, so take a few. 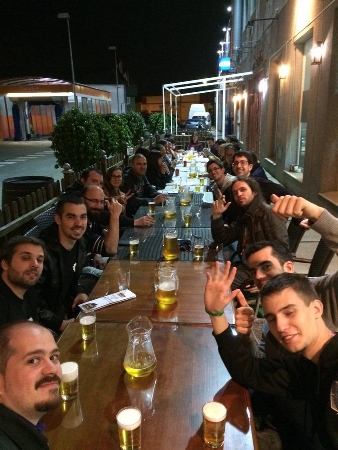 After-parties: Partying is just part of the job… right?

You shouldn’t miss after-parties or devs dinners, yes, we are all really tired after being at the event the whole day, but in these gatherings people are more relaxed and it’s pretty easy to start a conversation, talk to others and keep meeting new people. You’ll have plenty of time to rest once you’re back home!

You made it back alive!

Message back people you met

If you had any business meetings you should send them over all the documents and stuff you showed them at the event, they’ll want to take a second look once they’re comfortably seated at their offices.

It’s always a good idea to use twitter and facebook to stay in touch with the developers you met.

Organize those business cards you collected

Seriously, some of them will come handy later on, make sure you don’t lose them.

Sometimes it might be hard, but find some time to rest once you’re back from an event. You’ll probably be tired. Besides, you really should do your laundry. 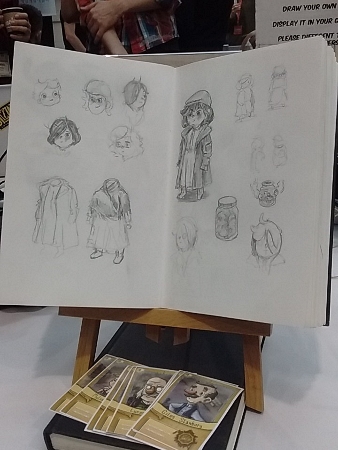 Is it a big commercial event? Food might be expensive, better make some sandwiches early in the morning and put them in your backpack.

Nobody likes travelling around with a screen and a PC, but sometimes you need those. Renting them isn’t usually cheap. Packing them in a suitcase is pretty common and (usually) less expensive. You can always ask a local friend to lend you what you need (and do the same if they visit your city). Some devs prefer to get more creative and do things like buying all they need once they arrive and re-selling all the goods after the event.

Sleeping and moving around

Check hostels and airbnb. Couchsurfing is another solution if you’re up for it. Everything is cheaper when you’re travelling with others. Public transportation is usually cheap but Uber can come super handy in some places, so get it on your phone.

And that's the end of our short check-list! There are more things you'll need to plan and take care of, but this should be a decent starting point.

The most important piece of advice we can give you is to keep talking to other devs and picking up more useful tips. Every case is different so at the end of the day all you can do is learn and adapt to whatever life throws at you.

"A Place for the Unwilling"(by @AlPixelGames) is a narrative sandbox set in a victorian city where time is always running and the ending keeps drawing closer. Read more about the game here.