The Designer's Notebook: The Moral Panic Isn't Over Yet

[After Barack Obama's U.S. election victory, does his brave new world means we never have to worry about game censorship again? IGDA co-founder and designer Ernest Adams looks at what his administration might mean for games and 'moral panic'.]

The American election is finally over, and a new era has begun in American politics. The Republicans, who so arrogantly talked of establishing a "permanent majority" in Congress only four years ago, have been reduced to a distinct minority.

Their party is in disarray, and a significant number of them, mostly the moderate intelligentsia such as General Colin Powell, jumped ship to endorse Barack Obama. So what does it mean for video games?

I grew up in the era of the space race and Lyndon Johnson's Great Society, when science, the arts, and education generally were respected. Engineers were not derided as nerds; they were the heroes who were taking us to the moon and bringing us the wonders of solid-state electronics.

Gradually, however, that faded. We got to the moon and then punted. In the 1970s, Vietnam, Watergate, gas crises, and soaring inflation drove it all from the public mind.

People got fed up and elected a populist faux-cowboy, Ronald Reagan, who knew little about science and cared even less. Reagan moved his party sharply to the right and gave socially conservative evangelical Christians a major role to play -- some of whom were actively hostile to science.

At the same time, video games appeared and were a roaring success. There was bound to be trouble. This new form of entertainment, which apparently turned children into twitching zombies, scared the life out of a lot of folks. The moral panic began in the early '80s, and we began to hear the first calls for censorship.

Congress was in full freak-out mode over Mortal Kombat. With its extreme violence and gory, sadistic "finishing moves," MK dialed public anxiety about games up to stratospheric levels -- possibly even higher than Grand Theft Auto has more recently. Our creative freedom was under attack.

The IGDA was established to give a voice to the individual game developer, to fight our corner against censorship. Personally, I don't care for Mortal Kombat and I don't care for Grand Theft Auto, in spite of its obvious brilliance both technically and as satire.

But I do care very deeply for the rights of game developers to express themselves, and that is a principle that transcends the excesses of any particular title. This medium can never reach its full potential so long as we must conform to the demands of those who seek to place limits on it. 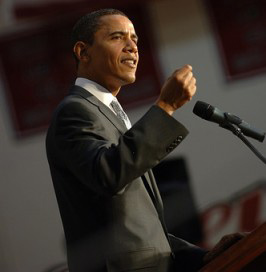 So now Obama's soon to take office. Since Ronald Reagan I've had to wait 28 years for a president who was proud of his education and didn't have to pretend to be dumber than he really was to get elected. (Clinton was a Rhodes Scholar, but he never talked about it.)

I despise Know-Nothing populists. I'm delighted to see a professor of constitutional law and former editor of the Harvard Law Review in the White House.

Obama is also technically savvy, a BlackBerry user who made brilliant use of the Internet to run a game-changing campaign.

He represents just the sort of leader I like, and with solid, near-filibuster-proof backing in Congress, he can go a long way to undoing the damage that George W. Bush has done to America in the last eight years.

Obama's not a liberal by my standards (he's opposed to gun control and claims to support the death penalty), but he certainly respects the Constitution.

Unfortunately I don't think his election means that video games are now safe.

The culture wars of the last quarter-century have produced some strange bedfellows in video game politics.

Socially conservative Republicans, who are hostile to anything outside their quaint Ozzie-and-Harriet notions of what American society ought to be like, have been joined by Democrats who object to the way that titles like GTA make a virtue of cynicism and glorify criminality.

Both groups seek to suppress such games because the games undermine their vision of an ideal world. The conservatives' and liberals' respective notions of what an ideal world would look like are entirely different, but neither one has any room in it for "murder simulators."

In fact, our most aggressive critics have not come from the right, but from the moderate left.

(I use these terms in their American sense; in truth America has no genuine left wing. To the rest of the world, the Democratic party is right wing, and the Republican party is even more right wing. Those ignoramuses who called Obama a socialist know nothing about socialism.)

These people would never dream of threatening to impose a government labeling system on books if the book publishers didn't set up their own, yet that is exactly what they did to video games.

Part of this is simple "triangulation," as Bill Clinton called it. In order to avoid appearing too far left, Democrats need an issue that will appeal to social conservatives. They can't argue for censoring books or movies or TV, or they'll lose the support of their base.

Video games are a safe target. Nobody important cares about them. Unlike movies, games don't have a lot of rich, popular, and very good-looking people standing up to defend them. 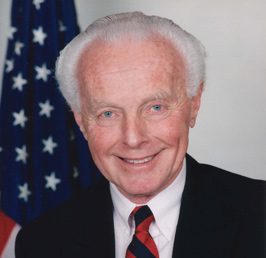 It's not all greasy political maneuvering, however; some of the Democrats' actions are motivated by genuine concern. Rep. Tom Lantos was a survivor of Nazi concentration camps.

He looked at the way some video games glorify wanton violence and brutality and saw echoes of Nazi culture. The fact that a game takes place in a virtual fantasy world didn't matter to him; fantasy can be powerful stuff.

The Nazis, and for that matter the Soviets, lived in a bizarre fantasy world constructed by their own propaganda, but its twisted ethics enabled them to kill an awful lot of people in the real world without any pangs of conscience.

Lantos was a slick operator and I didn't like the way he manipulated the game industry and the press, but I'm convinced that -- unlike Hillary Clinton -- his uneasiness about games was sincere.

So what's next for us? Lantos died in February of 2008. Clinton may be our next Secretary of State; if she is, video games will be off her agenda for several years at least. If she remains in the Senate, however, she may well continue to use them to bolster her centrist credentials.

The Democrats have apparently forgiven Lieberman for supporting McCain during the election; they still need him in the Senate to break Republican filibusters. I don't think we've seen the last of him by any means.

What about Obama himself? He hasn't addressed the issue in detail. During the campaign he advertised inside video games, so he certainly understands their significance as a cultural force. Since children can't vote, he also recognizes that the majority of gamers are adults, and these are good signs.

In the context of a discussion about education, he remarked that children should "turn off the TV set and put away the video games" -- which I certainly agree with if he means while children are studying. I'm also all for parents exercising their authority to limit kids' access to games.

Parental abdication is part of the reason we're in this mess in the first place. If Obama agrees that the burden should be on the parents to keep inappropriate video games away from their kids, then he probably won't support efforts to censor us.

However, I don't entirely trust him on this issue. Obama is a centrist who believes in bringing parties together and trying to find compromises that both can live with. That's great when we're talking about the tax code or immigration policy.

He's no hardcore apocalypticist who believes that the End Times are imminent and video games are a sign of man's depravity; nor is he such a bleeding heart that he thinks that game content must be federally-controlled for the sake of the children.

However, he will undoubtedly be lobbied by people who do believe such things. The question is, will he stand up to them and tell them to get stuffed? I'm not sure yet.

For the moment -- that is, the next year or so -- I don't think we need to be too worried. Both he and Congress have their plates full. The United States is fighting two wars and neither of them is going terribly well. We've lost the trust of our allies and destroyed our moral authority in the world with obscenities like Abu Ghraib and Guantanamo.

The economy is in serious trouble. Health care is a national disaster. Our educational system is producing a generation of ignorant nincompoops like Sarah Palin, and is so underfunded that it has to sell advertising for junk food on kids' cafeteria trays. Pakistan, a nuclear nation and supposed ally, is in danger of meltdown, and Bin Laden is still out there.

There's nothing to be happy about in any of that bad news, but at least we can take some comfort in the fact that video games are not anybody's major concern at the moment. I don't think it's safe to relax, though. The economy will come back; Obama will end at least one war; and perhaps he and Congress will do something about education and health care.

In two years there will be another Congressional election, and both sides will be trying hard to prove that they serve the public better than those other guys. When that happens, video games may be back the firing line again. We'll have to be ready.

My greatest hope lies not with Obama or the Democratic Congress, but with the judges that Obama will appoint. He has the power to influence the judiciary for many years to come, and I strongly doubt that he will appoint anyone who is likely to whittle away at the First Amendment. Politicians are easily influenced by moral panics; judges less so. In theory.

Just yesterday I got a phone call from a Canadian reporter. She wanted to discuss the possibility that pro gaming leagues are encouraging video game addiction in young people. I don't have the slightest idea. They probably are, but then I think video game addiction is a non-problem in the first place -- see my earlier Designer's Notebook column, "Stop Calling Games 'Addictive!'"

Yes, a few players who can't get a grip on their lives get too involved in their hobby; but so do a few model railroaders and a few motorcyclists and a few chess players. Nobody is proposing that we should shut down model shops or professional motorcycle racing or chess clubs because some people can't handle that much fun.

But the phone call told me one thing: the moral panic isn't over. If it isn't violence, it's addiction. If it's not addiction, it'll be something else. Only when Congress is full of people who all grew up playing video games will the pressure ease, and that's still a ways off.

If you want to help fight to keep our creative freedom, join the IGDA at www.igda.org, and the ESA-backed Video Game Voters' Network at www.videogamevoters.org.