How happy development cycle turns into den of evil in neverending and "spectacular" 2020, a Year to forget...
Mario Mihokovic
Blogger
November 03, 2020

After Starpoint Gemini Warlords finished Early Access and sailed the waters of release, everything seemed under control and we were preparing for the next step as a team. Discussions regarding what direction to take were already underway for several months, but now was the time to start prototyping and finalizing decisions. There were two possible options regarding main game concept on the table – continuing the spinoff series Warlords, or continuing the base series. Our team wasn’t big enough to consider both at the same time, so we decided to return to main franchise and give the series a third sequel.

WHERE WE NEVER WENT BEFORE

With decision on the next main project made, planning process wasn’t yet over. Thinking back to the start of the series, we always tried to make significant changes from title to title. Reason behind it was our belief that franchise games cannot, or shouldn’t, be a simple remakes of previous games. In a sense, that would mean we’re trying to sell players same game over and over again. Avoiding this concept of revamping existing projects, we introduced many significant changes to each or Starpoint games in the past. Starpoint Gemini 1 was a 3D game set on a 2D plane, Starpoint Gemini 2 was completely 3D capital ship simulator, and Starpoint Gemini Warlords was hybrid tactical simulation / 4X strategy game. Each one had a separate concept that tried to extend and enrich our game setting. Only thing all of them had in common was the open world element. And sandbox system was also something we knew we want to keep for Starpoint Gemini 3 too.

But, what unique edge was possible for Starpoint 3? What previous games didn’t have and what could benefit the game and refresh the experience?

Gemini setting was, by this time, already a very extensive and lively universe, so possibilities were quite broad. Main question was – what was missing, what element of gaming experience was “thinnest” in earlier installments? And one thing that stood out was – personal touch and immersion. All games in the series felt more on the strategic side. You control everything from “the above”, you issue orders and view the action from “deus ex machina” perspective. And our universe is full of real people (and aliens) that aren’t just objects, real places and real lives. So, in Starpoint Gemini 3 we wanted to use a different perspective, and show everything through the eyes of one ordinary individual. 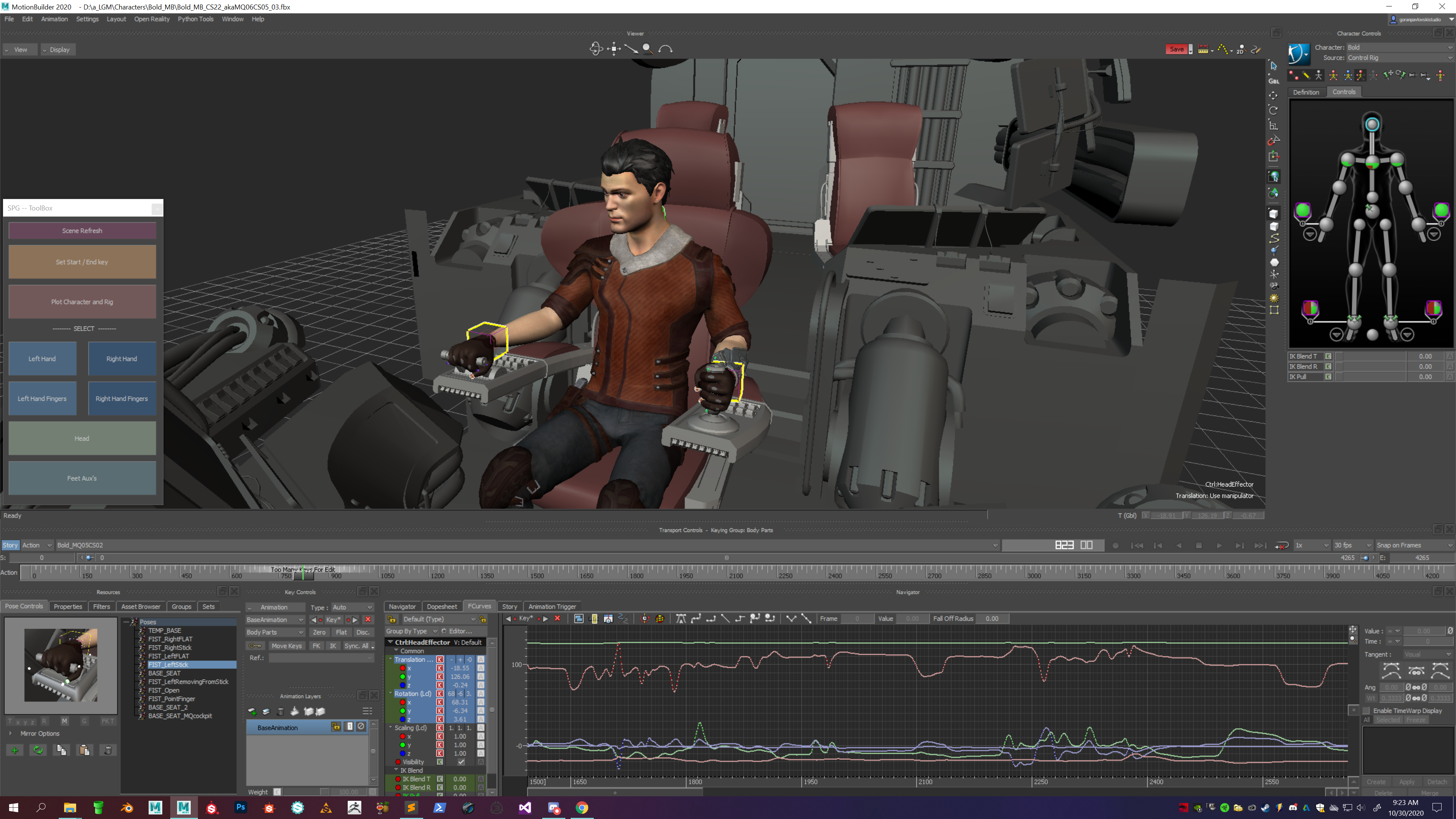 So much ground breaking events happened in Gemini and other imperial regions throughout previous games, so many shocking revelations… we always wondered how would that look like from perspective of just one man? How would he react and adapt to such an incredible changing universe? After these thoughts cleared, we knew what we wanted – to tell a story of one individual entangled in epic events that he cannot control this time. He can only try to make the best of it. And on top of that, we decided to make this protagonist an ordinary person, without the power, or the ambition, to control the universe. Therefore, captain Bold is his own priority, and his travels are his way of understanding what is happening and where is his place in all that. Saving his own pocket is more important then saving the future, and sweet talking beautiful women is more rewarding then defeating evil masterminds. However, Bold will also understand that not all things are under his control, even if he wanted to, and being just a human, he gradually understands the importance of trying to become something more then you are. If that means he must face his own flaws and prejudices, then be it.

In essence, all previous games were about long lasting impact our hero makes on the universe, but in Starpoint Gemini 3 this logic reverses, it’s all about undeniable change this universe leaves on a person brave (or foolish) enough to tackle it head on… 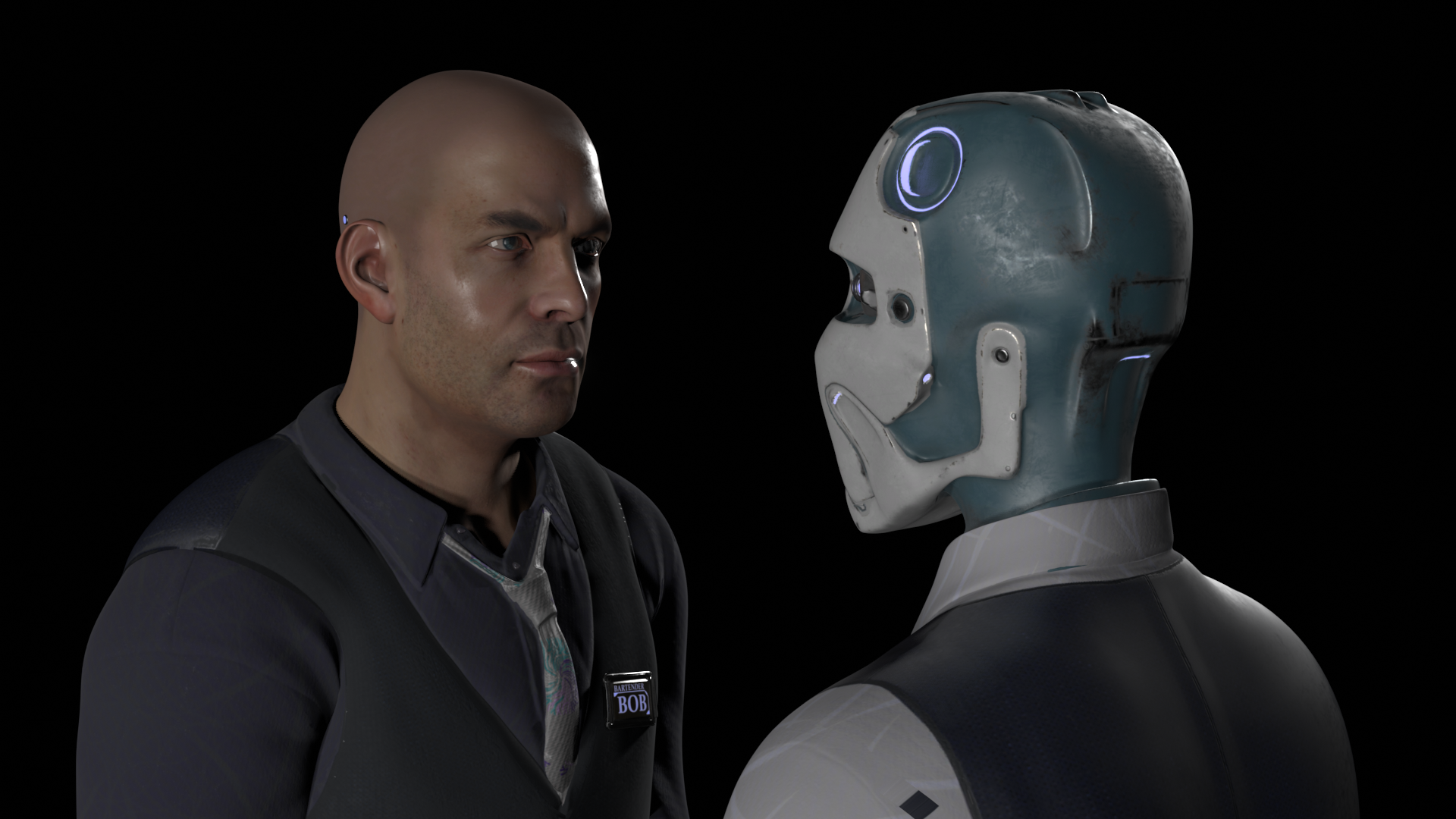 PIECES OF THE PUZZLE

On technical side, we knew from the start that we’ll use our own WhaleX game engine again. But there were some obstacles this time – we never used 3D character models before, we didn’t have good enough animation system and we didn’t have much experience in making storyline in this way.

So, first months of the project went to acquiring necessary equipment for animations, upgrading game engine to deal with new requirements and learning to handle all the new procedures in this development process. Story wise, we were lucky to meet Darko Macan, a well known creator of Star Wars and Marvel comics for years. He never worked on a script for a video game, but being intrigued at this challenge, he decided to make his debut with us. After a few iterations, we loved what he created, how weird main protagonist was, and how he has so many great human qualities despite his flaws and even attempts to hide is real personality.

Second technical requirement we wanted was to finally, for the first time, reveal what happened to rest of the human inhabited territories. Empire is gone, existence of various aliens is reality, and Gemini isn’t completely locked out anymore. So, it’s the perfect time for our “hero” to face the same need everyone now has – finding a new place for humans in this brand new space. 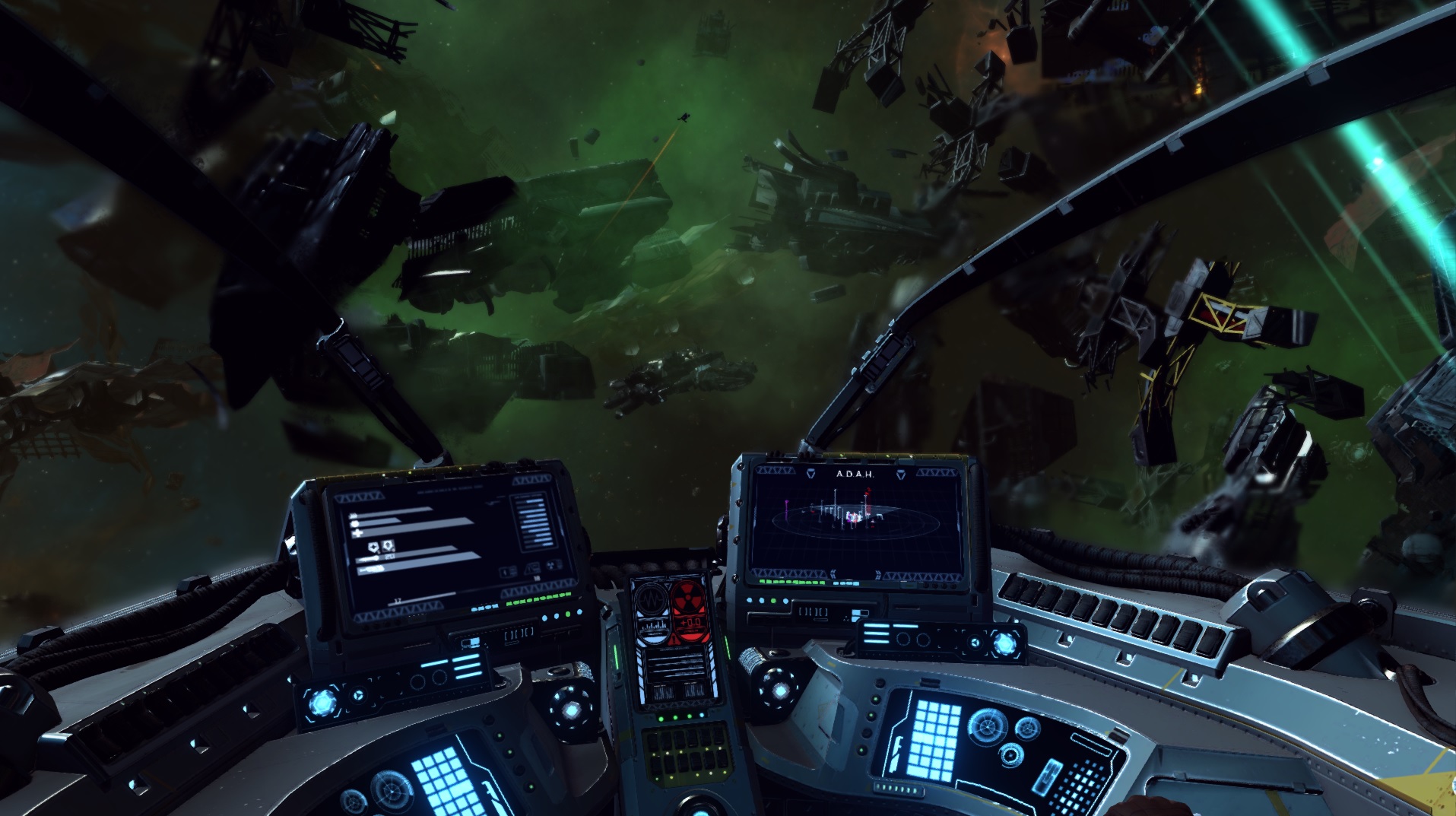 Third feature we wanted to add was interiors, and for that purpose we’ve created a drone mechanics. Player has embedded AI assistant onboard his ship, essentially an integral part of the ship, but one that can be downloaded into a robotic drone and sent to away missions. In this case, drone will visit and perform missions onboard space station, abandoned derelicts and asteroid caves. Should we mention that this AI matches main protagonist in “uniqueness” of her character? She’s basically a personality experiment that went rogue. But still, because of that, dynamics of relationship between her and her captain will take an unexpected course…

With all pieces of the puzzle in place, prototyping and testing went ahead. Were there problems? Hell yeah. First one was that nothing worked as intended. Our engine fought against all upgrades and new features. Animation system, in early iterations, kept breaking hands, detaching heads and making unintentional monsters everywhere. First few months looked more like the set of new horror movie then anything else. We also had a problem finding small enough actor to fit into our motion capture suit that was…well, kinda small.

Anyways, “making it so” was easier said then done. It took some time to iron out the system and force it to spew out something workable. Still, finally seeing real characters walking, talking to each other and interacting… it was an amazing moment for us. We finally felt a soul has been infused into our game. It took over a Year to put together most missions, but we loved the result and how the game started to feel. 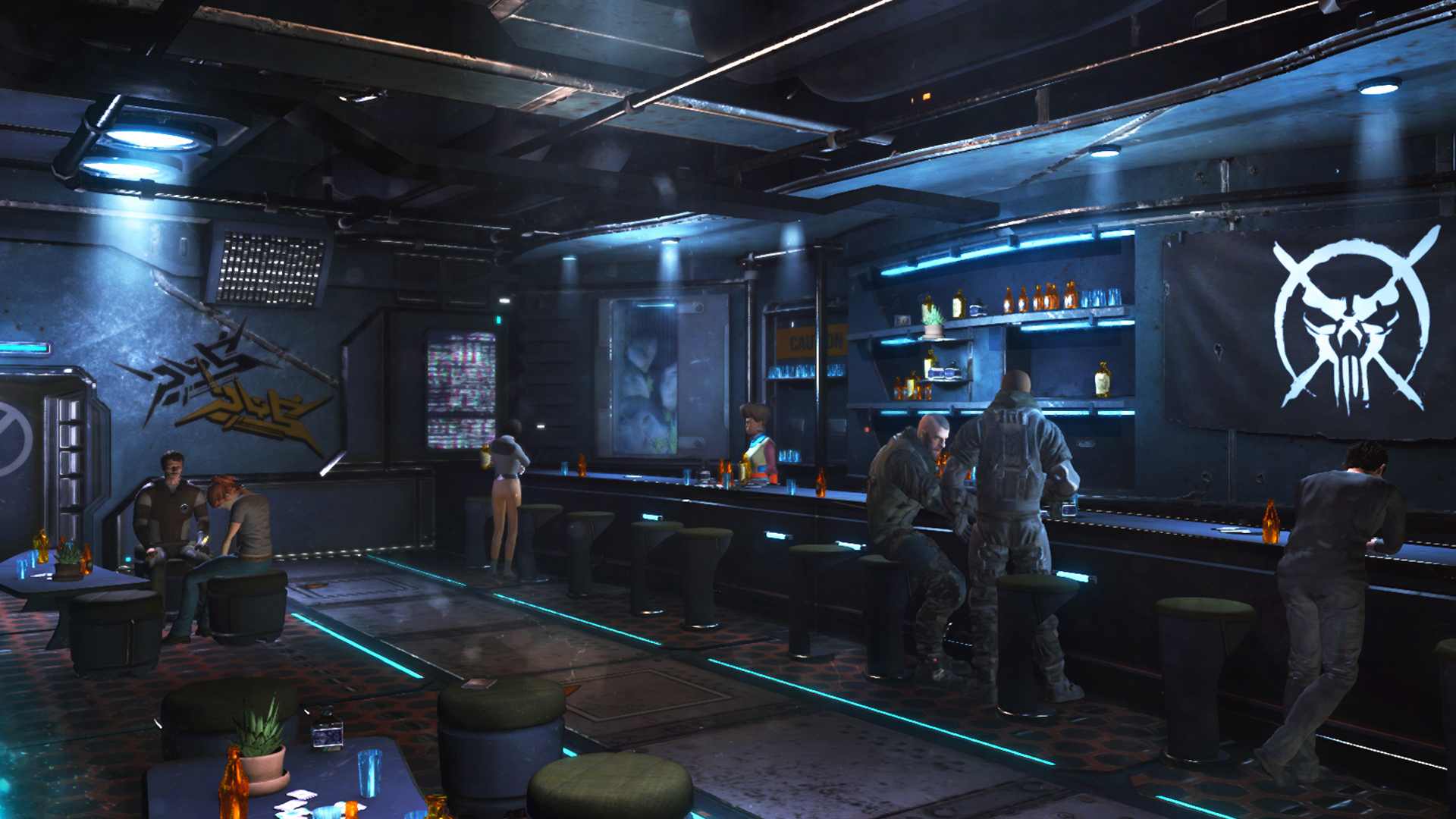 So, fast forward some months. We’ve released the game into Steam Early Access, learned the program doesn’t have the same appeal it used to have some years back, and that we might released it too early, but we focused to push the development further and give players the full vision we wanted.

And then, it happened. One thing no one can plan for or adjust to easily. From the other side of the world vague news of some ridiculous virus appeared. We barely registered it as something worth worrying about. Just a couple months later, it came to Europe, then our neighbouring Italy and then straight to us. At first, we figured – ok, we’re game developers, we can work from home, we can separate ourselves, we can avoid worst effects unlike some other industries. Unfortunately, events didn’t go like that. Country wide quarantines were put in place, movement restrictions and all sorts of other things impacting daily life and work. Even we couldn’t avoid the adverse effect. We sent our team members to work from home and did everything we could to reduce any possible danger to them. But, they are still people, they still worried for others, older members of their families. They still had problems moving around and maintaining all the new rules imposed everywhere. So it did impact our work, both in the reduced pace and decreased concentration. And for us, it didn’t really come in the best of moments since we were approaching the crucial development stages. Still, we kept pushing and came close to finish line, with a bit of delay, but we were almost there…

You’d say, ok, after this crisis, it was back to business. Not really. Fate had a few more cards to play this time. Soon after pandemic started, our city was struck by a strongest earthquake here in over a century. There were moments we wondered what is next? Real aliens landingin nearby park?

In any case, this game was the most interesting an unusual one we worked on so far, and fate wanted that development also took place in the weirdest of moments. This cycle will definitely be carved into our memory for a long time.

If we’re looking at a positive side, we’ve learned that, besides all known obstacles appearing in game development process, we should have counted in the “impossible” challenges too. After 2020, we feel the definition of impossible definitely got a whole different meaning. 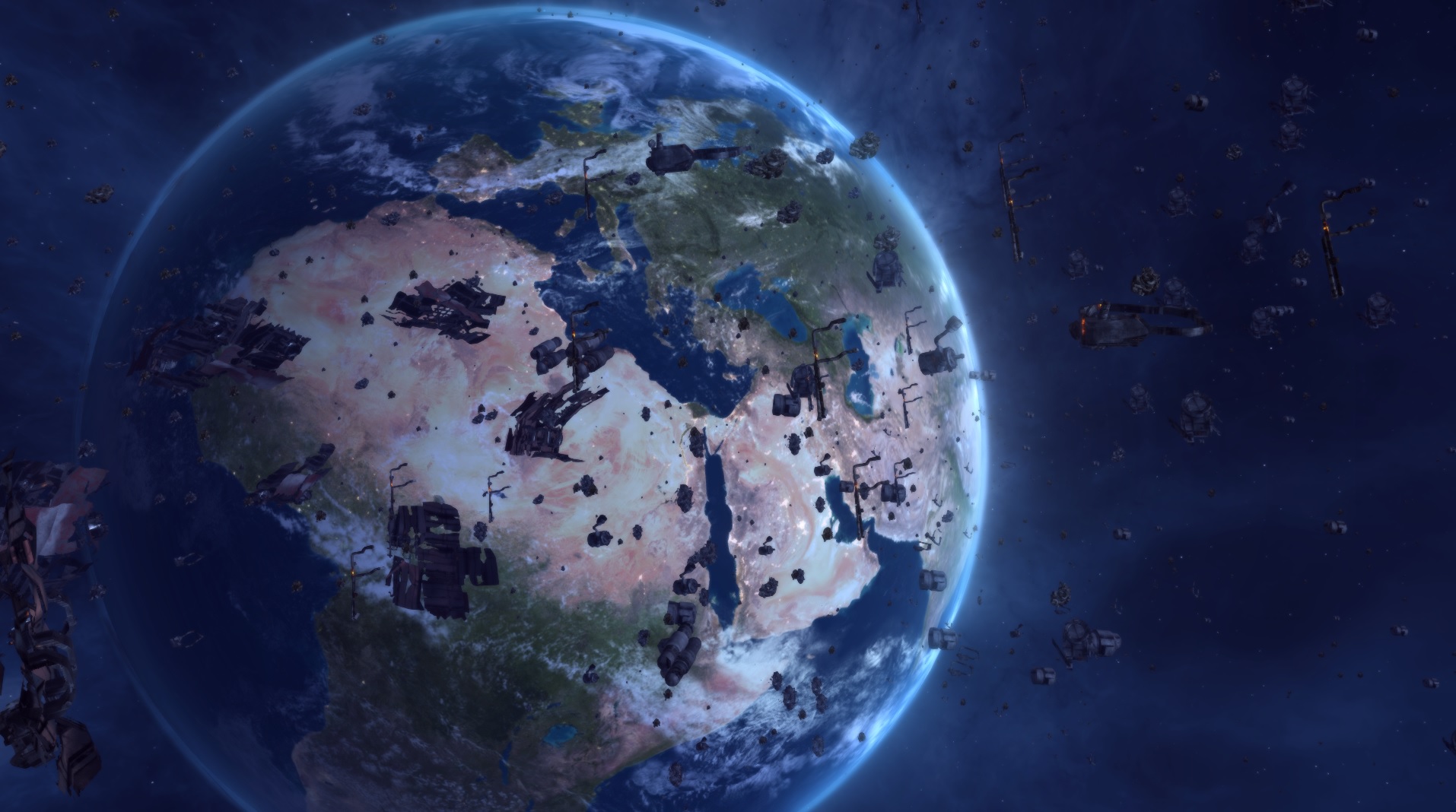 Starpoint Gemini 3 is close to be released. A road we took back in 2017 is coming to its first real milestone. After version 1.0 is released, we’re prepared to continue working on it, improve and add things as required. The new concept opens many doors. First of them is expanding game elements that are last to be added, such as capital ships, their mechanics and gameplay linked to them. After that, many ideas are on the table, but they will be merged and aligned to feedback we’ll receive from players. Community involvement was significant in design of all of our games, and we plan to keep it that way.

As for longer term plans, there are a few, and they include continuation of base franchise, as well as restarting Warlords but as a completely standalone series this time. Options to embark into a fully new IP is also opened, for the first time after over a decade. However, these are just vague ideas, and we’ll first pull our commitment to Starpoint Gemini 3 all the way until the game reaches everything it can and must be. After that we’ll asses all possibilities, try to better predict external threats like epidemic, pandemic, asteroid impacts, alien invasions… and then decide where the next goal lies… 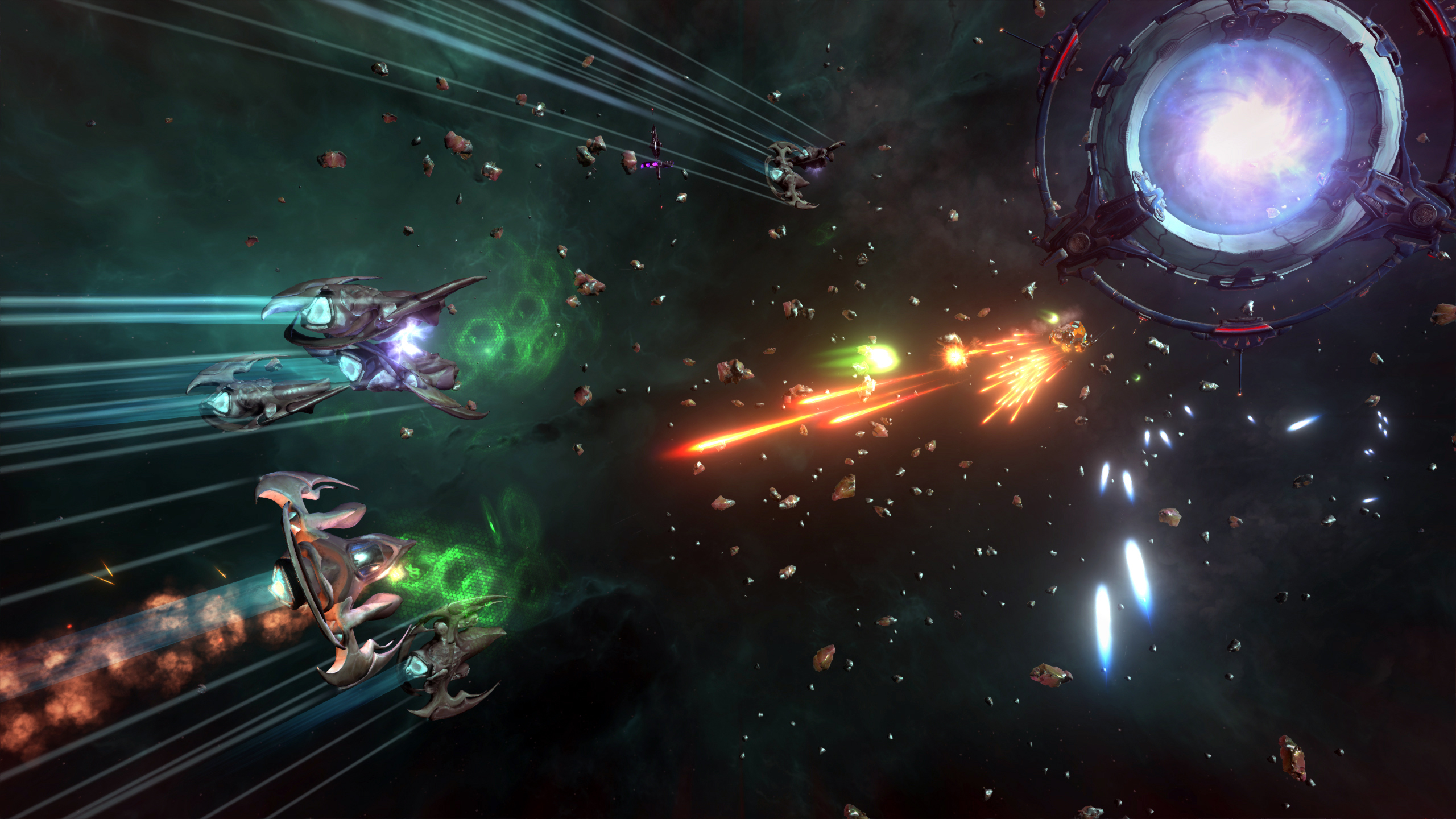