Prophour23 is a fast-paced, replayable real-time strategy about building an organism and defending it from insects. You might call it a permadeath RTS. 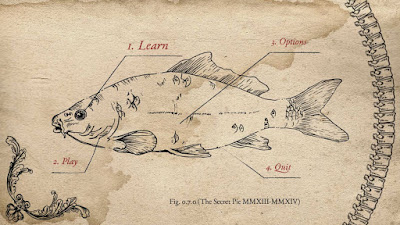 In this part I want to focus on what went right and what went wrong. Obviously that's my point of view; perhaps some other issues are visible to you (tell me!).

1. Shipping the game (and staying true to my original vision)! Yes, that's the most important thing to me. I'm proud of accomplishing this and I'm very glad that I kept the focus on what I actually wanted to create. Finishing games is hard. Even after creating multiple games it still surprises me how much work it involves. So, I think it's important and appropriate to be proud of it.

2. Using libgdx I really like libgdx. It doesn't force any specific coding style, it's Java (so it's very performant and sufficiently high-level), it's multiplatform, well documented and it provides a lot of additional helper tools. I used one of them (packr) to prepare builds for Windows, Mac and Linux for different stores - all with a single, small program using the packr API.

3. Aesthetics I can't recall a single person dissatisfied with Prophour23's aesthetics. In fact, most of the players appreciated it, even when they didn't like the game. I wanted to create an unique look and atmosphere and I'm very satisfied with the outcome. During the development I often wondered whether I'm spending too much time on the aesthetics - but it was worth it.

4. Reception Prophour23 currently has a Steam rating of 82%. Not bad! There were quite a few people that really got into it and played much better than me. That made me very happy!

1. Marketing No one knows about Prophour23. I sent a lot of emails to press, youtubers and many other people. I gave away hundreds of Steam codes. And yet, there are only a few articles about the game on small blogs (except for the indiegames.com review) and maybe a ten videos on YT. I followed lots of articles on how to write a good, eye-catching email for the press. I strived to keep them to the point and I attached Steam codes within the first email. I spent lots of time on my trailers, trying to make them short and with a hook. I tried to know as much as possible about the recipient's game interests to target my emails better.
About 95% of my emails got no response at all.
I should probably push further, but that's soul-crushing work and it's a work that never ends.

2. Weirdness + focusing the gameplay on player discovery I love when games allow me to discover something. Items in Spelunky or Risk of Rain, crafting recipes in Minecraft, everything in Starseed Pilgrim. That's why I decided to focus P23's gameplay on player discoveries. There are no unlocks, everything's available from the beginning. You are limited only by your understanding of organ functions and creativity. A few possible organ combinations are shown in the tutorial, but that's it. I hoped that players would invent different, more sophisticated organisms than mine - and I wasn't wrong! Still, they were a minority. I think that pairing the focus on discovery with general weirdness of the game created a strange cocktail savoured only by a few. Frankly, I don't know how to fix this: I don't want to change the game's focus on player inventions, but I also don't want to lose the unsettling strangeness. And I have no idea how to make that mix less confusing.

3. Festivals I submitted Prophour23 to IndieCade, IGF, A Maze, Experimental Gameplay Workshop, Rezzed and probably some more contests and festivals I forgot about. I thought that my game would be a good fit at least for a few of these places, as it's a bit different and - ahem - "artsy". P23 wasn't accepted anywhere, so it was a waste of time, money, and a big let-down for me.

Let's get this out: I sold about 1200 copies of my game. That's obviously not enough for me to make a living, so I'm working on a new game in my spare time again.

That's the Steam sales data. The spikes are the christmas, summer and weeklong sales. Currently I sell next to nothing if there's no discount. The game's available also on IndieGameStand and the Humble Widget on the game's site. I sold a noticeable amount of copies through the Humble Widget on the release, but after that the sales outside Steam could be ignored. I also made a version for Android tablets and sold 14 (fourteen) copies on Google Play.

I didn't expect Prophour23 to be my break-through game. I didn't expect to make a living with it (although there was a small hope). I predicted (hoped?) to sell about 10.000 copies in the first year and that certainly isn't going to happen. So yes, I'm a bit dissapointed with the sales. But that doesn't stop me from working on new games!
Thanks to everyone who purchased it! I hope you liked Prophour23.
ArtDesign
Get daily news, dev blogs, and stories from Game Developer straight to your inbox
Subscribe