In Thunderbird Strike, which draws on Anishinaabe and Métis imagery, you play a thunderbird who gathers lightning to destroy pipeline building equipment. One Big Oil exec labeled it "eco-terrorism."
Kris Graft
Publisher
November 01, 2017

We are truly in the Bizarro World of game discourse, lately. The self-styled defenders of "gamer culture," who claim to abhor political interference and moral panics about violent games, loudly condemned one of its most venerable franchises for violence, fearing that it portrayed Nazis unfairly and encouraged violence against white nationalists.

Meanwhile, other reactionaries have adopted the "games cause violence" argument for more traditional ends. Toby Mack, president of pipeline lobbying firm Energy Builders, issued a blistering press release targeting an independent game, accusing it and its creator of fomenting "eco-terrorism."

"We call on Michigan State University to pull the plug immediately on this taxpayer-funded political campaign and reject any so-called educational program designed to encourage eco-terrorism or other bad behavior," said Mack. Not content to stop there, he added: "We also call on Congress, NASA and the National Science Foundation to end any public subsidies of this computer lab until this overtly political activity has ended." Go big or go home, eh?

The game in question is Thunderbird Strike, described as "a lightning searing sidescroller," wherein you play a legendary thunderbird who gathers lightning to destroy pipeline building equipment. Aside from its strongly allegorical nature, which draws on Anishinaabe and Métis imagery, you also never target people in the game, only lifeless vehicles and constructs. It's also optional; the same powers can be used to, instead, revive animals who'd been killed by the destruction of their environment. 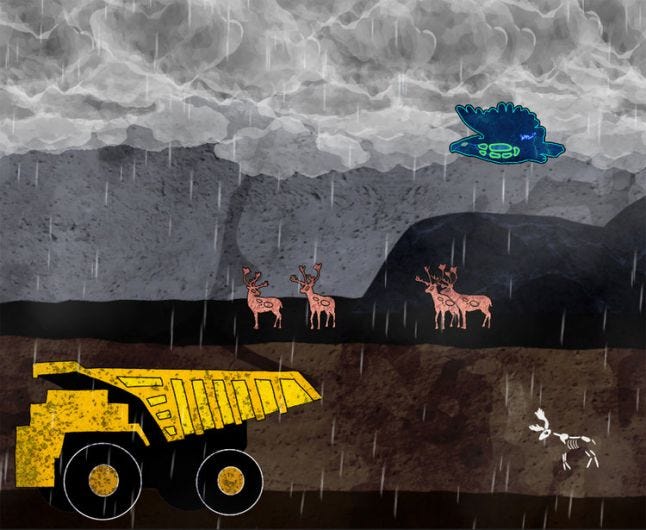 "The people who screamed about critics supposedly calling for censorship and suppression appear to be entirely silent on Thunderbird Strike."

With breathless pearl-clutching, a Fox News.com editor describes some of the game's content: "The oil and gas industry is described as having an ‘insatiable greed' which caused the Indigenous people to cry out ‘for the return of the thunderbird people and their searing lightning.'"

Our culture is saturated with self-styled defenders of free speech who only seem committed to the principle when it defends bigotry or far-right extremism, and sadly, gaming is no different. Toby Mack is employing arguments that were essentially debunked in the 90s--social science has not been able to establish a causal link between videogames and violence--and have been used by conservatives to antagonize this industry. Mack also threatens the small pot of funding that made Thunderbird Strike possible, caterwauling about a micron of public money from the Minnesota State Arts Board and the Arrowhead Regional Arts Council being used to produce the title.This, however, doesn't seem to arouse the ire of those who claim to worship free speech.

The people who screamed about critics like myself supposedly calling for censorship and suppression, or who falsely accused me of saying that videogames directly cause violence, appear to be entirely silent on Thunderbird Strike. Elizabeth LaPensée, the Michigan State assistant professor who made the game, told me that to her knowledge no such people had publicly spoken in her defense. 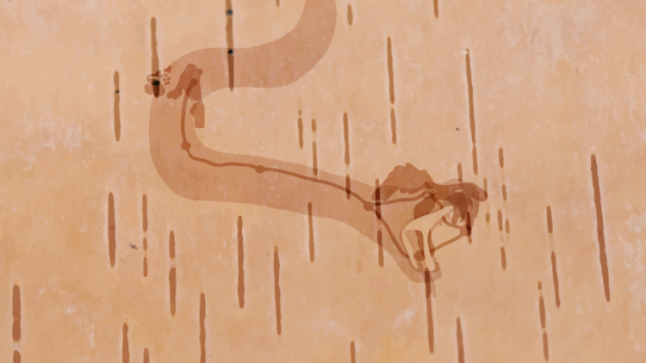 "Pipeline advocates remain free to make their own ads, or even their own games, to share an alternative viewpoint. "

Certainly videogames, like all products of culture, influence us. But the "monkey see, monkey do" model promoted by reactionaries is a far cry from the messy reality of our culture, where influences are variegated, subtle, and often individual. In other words, you and I might both be influenced by a game, but in entirely different and equally complex ways. A saturation of themes in a large number of videogames (e.g. often portraying women in a certain light) can, in conjunction with other cultural forces, help to normalize a certain viewpoint. What a game will never do, however, is cajole us into acts far beyond the pale of our personal moralities. No one is turned into a hardened killer or terrorist by a videogame alone.

To the extent Thunderbird Strike will influence anyone, it may promote a negative view of the Line 5 pipeline and the oil companies supporting its construction. But in a democratic society, this is a view people are entitled to hold and advocate for. Pipeline advocates remain free to make their own ads, or even their own games, to share an alternative viewpoint.

Of course, calling for boycotts or the suspension of funding is a legitimate political tactic as well, it's just one that reactionary gamers have likened to censorship whenever it targets something they like, so their silence is rather deafening. 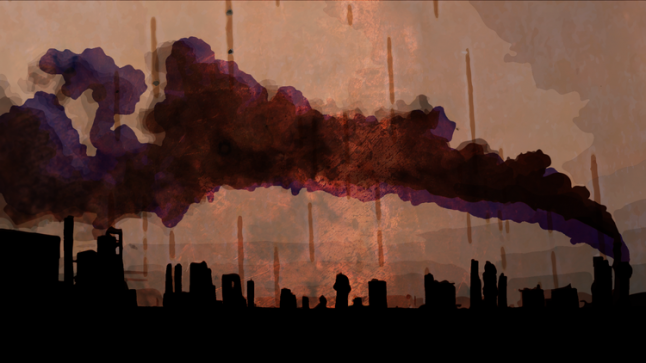 "Usually, justifiable boycotts target powerful institutions or the already-wealthy, where collective action is required to equalize an imbalance of power."

In the case of this lobbying firm, however, it's hard not to feel like its actions here amount to bullying. Usually, justifiable boycotts target powerful institutions or the already-wealthy, where collective action is required to equalize an imbalance of power.

In this case, however, LaPensée is being targeted by lobbyists for one of the most powerful, lavishly funded industries on this continent, and by politicians. One Republican State Senator from Minnesota attacked her, calling for the withdrawal of her funding, dubbing her a fraud, and put her title of Professor in quotation marks in his remarks to Vice. Leaving aside the horrifying optics of a white man saying these things about a First Nations woman, it suggests that, if anything the story of Thunderbird Strike's controversy is one of the powerful versus a small, independent developer.

The "fraud" line of attack is especially disingenuous, stemming from the apparent discrepancy between LaPensée being based in Michigan while receiving funding from a Duluth based arts council. Had the Senator bothered to look into things, however, he'd have realized that LaPensée lived in Duluth at the time the grant was awarded, and the assets she made--which were based on photographs she took in the region--were completed before she accepted a job at Michigan State University. For their part, the Arrowhead Regional Arts Council stands by their selection, with its director telling Minnesota Public Radio that the grant was "awarded to a rising star in the Duluth Native American art scene with great credentials." 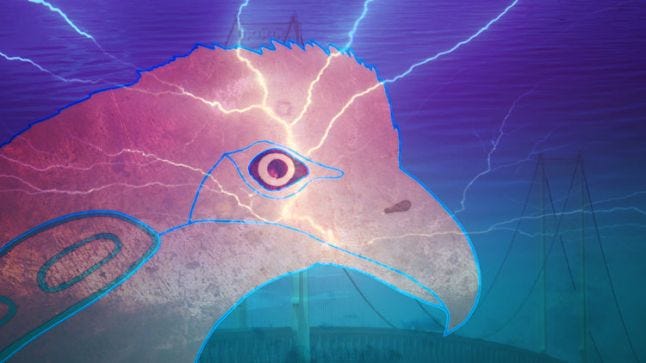 These attempts to assassinate the character of an independent game designer, coming as they are from very powerful and moneyed individuals, are alarming. Of the 7,000 dollars awarded to LaPensée, less than half that was drawn from public money. Meanwhile, the owners of Line 5, the multi-billion Canadian firm Enbridge, are seeking 7.2 million dollars from the same northern Minnesotan region where LaPensee was once based. Other firms often benefit from public money as well, in the form of tax breaks--which Enbridge is pursuing--or infrastructural support (to say nothing of who pays in the event of an oil spill). The hypocrisy here over this financial drop in the ocean is palpable.

But important as such facts are, the central issue is that a woman's video game is at the center of a manufactured controversy with profound implications for chilling the speech of all developers. If oil lobbyists and their allies in government can get away with this, what will they come for next? Who else, with millions of dollars to spare, might be inspired to do the same? The gaming industry should resolutely resist any effort to be bullied by such powerful forces, cloaking themselves in imagined victimization.

And it's long past time to stop giving the self-styled free speech warriors any credibility. Leave them to play in their dark corners while serious professionals stand in defense of their fellows.