Research firm EEDAR has released a major new report on the mobile market which pegs its size, in 2015, at over $25 billion for the year, and a user-base that has swelled to 1.5 billion players.

According to EEDAR, the top market for mobile games is North America, at $5.41 billion, followed by Japan, China, and South Korea.

The report contains information about its size and player habits and preferences -- from what genres they like to play, to when and where they like to play those games, on which devices they prefer to play them, and how they pay for them.

It's absolutely tons of data to comb through if you're in the business of making mobile games, and it's available as a free download (registration required.)

We've reproduced a couple of the slides below, containing overall market size and device spread across the four highest-ranked territories. 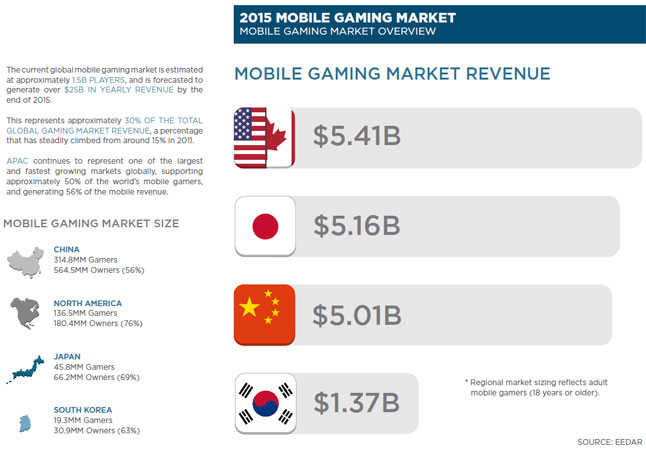 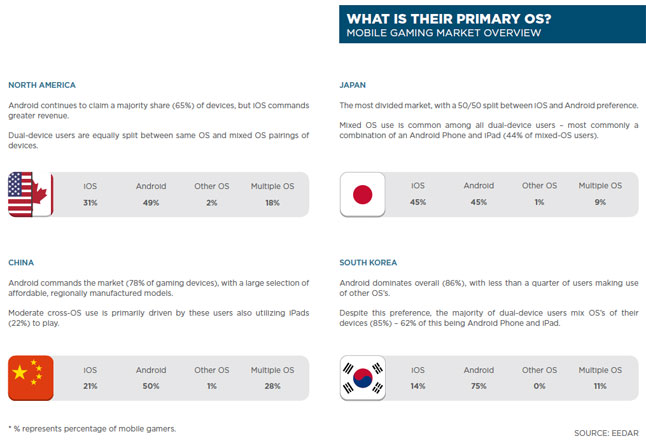