Loving What You Do

It’s depressing that most people go through life hating their jobs. Your job shouldn't be a grind to go through in order to live, it should be a project, an activity. Something that you would do for fun with money as a consequence.
Tony Yotes
Blogger
August 27, 2013 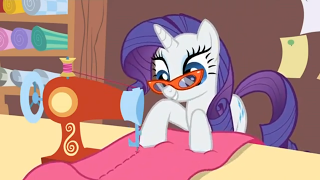 Your “job” should be relating to your special talent. Something you are good at that just comes naturally. Something from the heart that is always a labor of love. You need to be in your element so even when things get tough, you’ll work through problems not because you have to, but because you want to see the end result.

For me, that’s game making. Code can get rough sometimes (DEBUGGING!!!) but it’s worth it because I feel super smart every time I figure out a clever little method or get something complex to work properly.

Art can get frustrating too, it’s tough getting those pixels in place and the repetition will drive you bonkers. But it’s worth it when I see all those pretty graphics moving around on screen. And as far as design goes, no complaints. That stuff just comes natural. My brain just sprays ideas out all day and I try to keep it under control and bake the good ones boil until they become great ones. 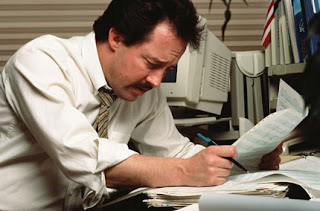 I want to live in a world where people do what they want and utilize their special talents. No one should have a job they hate when they could be doing something they love and share their gift with the world. Honestly, even those who claim they don’t have a talent just haven’t found theirs yet. And how could you blame ‘em? School forces you to head one way, society slaps you if you try something off the beaten path, and parents are armed & ready if you try any funny business. Eventually you just give in and believe all of them. You’ll be working for a salary, and hating every minute of it. But, if you’re lucky, you might get one that’s not so bad, one that’s easy, or even close enough to your real dream job. Personally, I don’t think that’s good enough.

I worked at minimum wage jobs for about two and a half years and when I finally quit a few weeks ago I promised myself I'd never work again. That was only a taste of what it's like grinding for money every day, and I always felt sorry for the other employees talking about how bad it is and I shudder when thinking about how they will be there for years, and how they've already been there for years. I look to other people and it seems that working in an office job isn't too much better. Even if you get into the gaming industry you could be doing something much less fun than what some people with higher rank are doing. It's so easy to get trapped in a position that was supposed to lead you to what you want to be only to be stuck wishing for a promotion for either far too long or for your entire career. 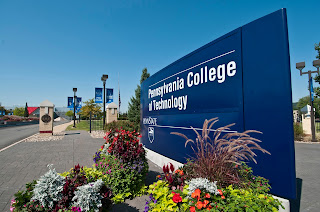 My first year at college has been an amazing growing experience for me. In the past year I've gone from aspiring technical director, to future creative director, to full-fledged indie. It’s all because of my increasing confidence in my ability as a game designer. Nobody should ever feel like they aren't good enough to do something they love to do. I spent 3 years thinking I was not good enough to be the one making up game ideas and thought I could at least be important by being a lead programmer. I thought that by being a programmer I could still do one of my favorite things: putting the pieces of the game together and injecting life and motion to a concept. If you like just making up game ideas, you shouldn't have to settle for at least being able to make enemy textures for somebody else’s game in a company with 20 other people doing the same thing. I want to make the games in my head come to life. So that's exactly what I'm going to do.

On the other hand, you've got people who love to do specific things like game art, sound design, and, believe it or not, some people genuinely love coding and making all those things work. Anyone who spends hours practicing their favorite aspect of game creation is going to get pretty good at it. Much better than the kid who read a few books and memorized a few quiz answers about the subject. Game developers should be able to enter the industry on passion and experience alone. Some of the best companies in the world thrive on the talent of self-taught people. A person who can do the job well should get the job right? Why does a piece of paper stating you know the theory have to be a requirement? It should be a bonus at best for artistic careers.

Bottom line is, I don’t like how the world is running, so I’m going do things my way and see if it works out. I’m going to lead by example. I love making games, and through years of practice I will produce great games one day. I will be transparent and take the world on a journey with me. I will make a path in the dirt for others to follow, leaving warnings and tips along the way. One day I hope to have a small development team and be creating whatever games we feel like making. One day I might have enough money to fund other small teams and get them off the ground (more on that later).

I will be making mobile games and a blog to teach and show others what they may encounter when chasing the dream of game creation. My main goals with it are to make a nice place for future game devs and indies to gather, be an example for kids like me who need a push to get started with game development, and have a site to let people know that my games exist.

It’s not even just a one way type of deal, I want advice from some devs who know their stuff. Right now, I’m amateur level. I wanna be pro. I’m talking Miyamoto level reverence. How am I supposed to get that? By making fun games. Games I'd like to play. And hoping somebody else will like them too. That is how Pokemon and countless other great titles got started after all.

Just always live up to your potential. It's in you for a reason and there is no good reason why you can't spend your life doing what you like. There are billions of people on Earth and each has a talent and passion for a specific job. Find yours and do what you like. Share your gift with the world and never work a day in your life.