Legal Challenges in the Games Industry in 2019

2018 was an eventful year from a legal perspective in the video game industry. At Odin Law and Media, here’s what we’re anticipating to see as growing legal challenges in this space in the new year.
Brandon Huffman
Blogger
January 03, 2019

2018 was an eventful year from a legal perspective in the video game industry. At Odin Law and Media, here’s what we’re anticipating to see as growing legal challenges in this space in the new year.

Currently, esports is a very fragmented part of the video game industry. There are different tiers of tournaments for different games and it can be hard to tell how things are coordinated.

As esports continues to gather more money, naturally, more businesses will want a piece of that pie and so will regulators. 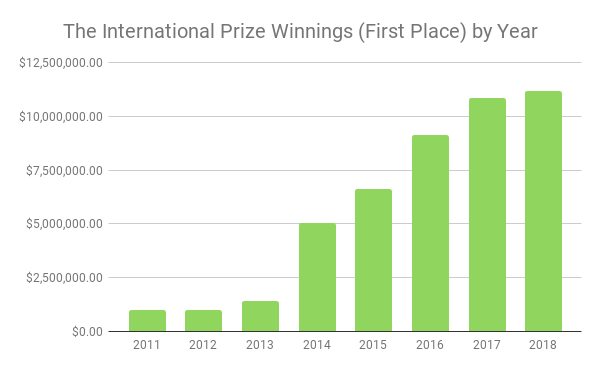 There are also several issues currently with small and regional tournaments not necessarily illegally (but not necessarily legally) using licenses of video games for tournaments without a publisher or developer’s approval. To what extent does a publisher versus a developer have rights to controlling the game’s status as an esport (hint, see 17 USC 106)? Who owns the rights to esports broadcasting (same hint)? What parts of esports are protected under copyright law – is a player’s performance independently protected? Is a shoutcaster’s? Who holds the IP rights to the resulting broadcast? Who’s responsible for protecting and managing the players? Will esports players unionize?

Franchising will also become a bigger conversation piece in the esports scene. Once the esports become more mainstream, lawmakers/regulators and big businesses are going to touch this space and mess with it and how it works. OWL has already seen the effects of franchising. Given the money involved, it seems likely this trend will continue.

There are many laws governing traditional sports and it’s only a matter of time before we see more laws in this space. Are esports leagues or organizations eligible for non-profit status or stuck with for-profit? How is immigration handled for esports players? What taxes are applied to esports – the same as those applied to traditional sports?

Odin prediction: there will be more regulatory activity in this space and more M&A overall as the market consolidates.

Loot boxes were a big topic in 2018. Combined with changes in sports betting around the country, it is possible that loot boxes will leave the mainstream regulatory conversation in favor of discussions on esports betting overall. Especially now that the ban on sports betting was overturned by the Supreme Court in 2018.

Odin prediction: loot boxes will still be a game mechanic but they’re going to be folded into bigger conversations with regulators and lawmakers on how to monitor and oversee gambling and betting within the games industry.

Big developers will keep getting bigger

As we saw last year, the job market took a massive beating. Hundreds if not thousands of jobs were lost across the video game industry. From this, we’ll most likely see more small studios pop up but even more likely, the big developers, studios and publishers will continue growing.

Microsoft, for example, will most likely continue to acquire high-quality studios.

Odin prediction: The game industry should bounce back but there will be fewer studios overall and more pressure on developers to see financial results from their games. We’ll see consolidation at the top.

Biometrics, VR/AR, location-based games – privacy is only going to become more of an issue as these trends continue to rise.

2018 was the year of the Facebook data privacy scandal in the US as well as the introduction of GDPR in Europe. It was also the first year where employees agreed to be implanted with microchips as a way to handle security. And while some see VR/AR in a slump before it hits mass market popularity, it’s still growing.

It’s going to be a challenge for the legal world to keep up with the fast-paced changes in the technology world. It’s not a new problem, by any means, but there are new questions being asked as there are no precedents to who owns the rights to NFL players’ heartbeat data, for example.

Odin prediction: Expect to see more legal cases around privacy, in general, as people begin to realize the terms and conditions to the free accounts they’ve signed up for on various websites.

Twitch streaming is a growing field in esports and the video game industry at large. But who’s responsible for what a sponsored Twitch streamer says? Or, for instance, what happens when you support a YouTube influencer who then goes on to upload a video of a man who recently killed committed suicide? What if the streamer commits a crime on stream or violates regulations on paid endorsement disclosure? Who’s responsible and to what extent for influencers and their reputation, let alone the reputation of brands?

The FTC has started to crack down on influencer marketing. In 2017, they began to send notices to Instagram influencers who were not properly disclosing the fact that they were paid for promotions on their accounts. This isn’t new – but is will grow in 2019. What may be new in this area is a recent trend of paying influencers to write negative reviews about a competitor’s product.

When in doubt, most recommend that influencers err on the side of caution. That doesn't’t mean everyone will do it, though.

For the first time in the video game industry, is a game developers’ union. The Gamer Workers Unite became a brand of the Independent Workers Union of Great Britain.

Odin prediction: Game Workers Unite will continue to organize and, in the U.S., may team up with more established unions to expedite efforts. They’ll likely focus initially on states that are more labor-friendly to grow an industry foothold.

Early in 2018, a Rhode Island politician proposed a violent video game tax in order to pay for mental health and counseling resources. Per an overview by GamesIndustry.biz,


American states don’t have the power to legislate against the sale of M-rated games to minors. Nardolillo’s proposal aims to offset this by increasing tax and funnelling that money into mental health provisions.”

It was never introduced as a bill. However, in September, a Pennsylvania state representative announced their intent to introduce legislation that would impose a 10 percent tax on video games with violent content, but instead using the funds to support school safety programs. This did end up being Pennsylvania H.B 2705 in October.

It’s worth noting that these taxes are unconstitutional, as video games are protected by the First Amendment and the government cannot outright censor or punish speech based on its content without narrowly tailoring the law to a compelling government interest.

Odin prediction: We expect to see more of these violent video game taxes proposed in the new year as violence and school shootings continue to be issues in the U.S. and organizations continue to try to throw video games under the bus.