Interview with Jose Gomez, founder of the now defunct Venezuelan studio Gasp Inc. Responsible for Battle Tennis for the Xbox 360 and Power Ping Pong for smartphones. This interview serves as an appendix for "Game Development in Latin America
Jose Gonzalez
Blogger
July 24, 2017 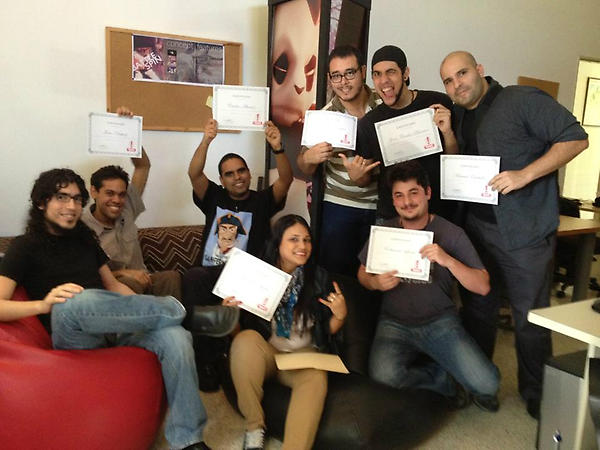 Old picture of Gasp Inc back in 2012. Jose Gomez can be seen to the far left. [Source]

Q: Could you please start telling me about Gasp Inc, it’s story, where it is from and your role in the company?

A: Gasp Inc. was founded in Caracas, Venezuela as an independent video game studio. Our motto was to make wonder happen. It began as a side project within an animation studio Alejandro Martínez and I founded a few years before. But it wasn't until 2007 that the company was spun off as its own thing and we both started working pretty much full time on game development. I took the role of Creative Director there, Alejandro is the smarter one so he took the Tech Direction.

Q: What motivated you and the other founders to get into the game development industry and start Gasp Inc?

A: We started developing out of our love of video games really, I think most of us do, and also a deep curiosity for where the medium was going and what we could do there. We had a small experience developing before but it wasn't until 2007 that we saw a real opportunity with the expansion of the market for the kind of smaller games that we could tackle on platforms like Xbox Live Arcade and later on mobile.

Q: Do you think your nationality influenced your games? How?

A: It always does in some way. Even all the backstory for our games was very much inspired in somehow by the sociopolitical situation in Venezuela. There are plenty of relevant experiences to share from that. However we never made explicit or direct references, we were developing games for a global market so it was really about sharing stories that could be universal and people could understand and relate to even if they knew nothing about Venezuela. Also of course after 2009 we would have probably got in prison if we did.

Q: What was your and the other founders’ professional background before Gasp Inc? How do you think this influenced your products?

A: Both Alejandro and I are artists and we had been working in animation for a few years before Gasp. There's plenty of influence from our techniques in animation and post production into our games. For GuruGuru for example Alejandro developed a huge suite of real-time post effects and color techniques modeled after our usual tools of the trade. That made it pretty seamless to try things out in After Effects with our color tools and translate that directly into the game. That resulted in a pretty interesting look for the time.

Q: What were the biggest obstacles you encountered when starting the company?

A: We were pretty lucky when starting out, our first prototype Battle Tennis got awarded at the Dream Build Play contest in 2008 and that gave us a small funding from Microsoft to start out. However, that's just the beginning. After that the market was asking us to diversify into other platforms but all our in house tech got tied to a single framework, Microsoft XNA. Back then there weren't as many engine options as there are now so you had to manually port everything to each platform and technologically it became a huge challenge.

Q: How did you overcome these obstacles?

A: I don't think we ever did with our in house tech. We just adopted the Unity engine when it became a practical option and everything went much smoother then. Now we are on Unreal. Today there are many options for engine tech to cover every platform so that's not an issue anymore. That has played a huge role in bringing the technological fence lower and inviting many studios from all over the world to get into game dev.

Q: Did you face some sort of backlash from your decision of becoming a game developer?

A: After 2009 the Venezuelan congress passed a very ambiguous law banning violent video games without any clear regulation of what would be considered violent, the entire local industry either left or became very much an underground business. It was too risky to be public about our work as at any point you could be accused and jailed for years. That was a huge blow to the local industry. 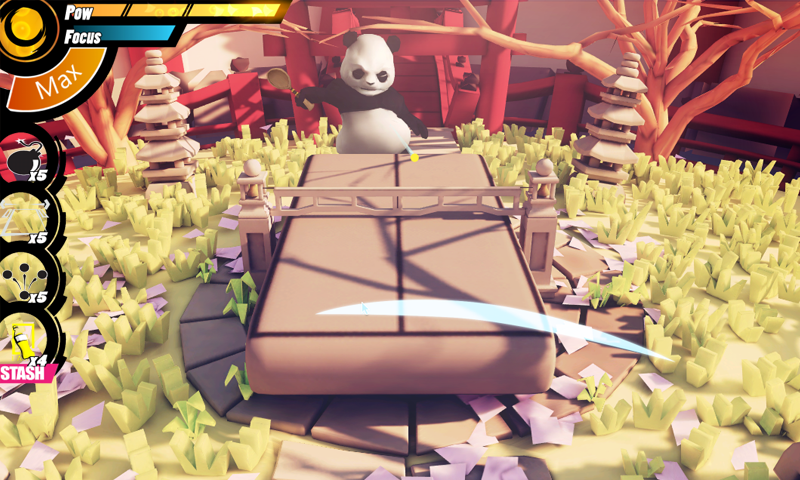 Q: You previously commented Gasp Inc closed, could you please tell me a little about the reasons behind this?

A: Main reason is that as much as we tried to make the company work from Venezuela, it eventually became way too difficult to continue business there. Crumbling infrastructure, hostile to business environment, exchange controls that choked the market, lack of personal security, all that comes together to result in a talent emigration problem that leaves very little room for growth. Venezuela has to come together and fix those problems to get the country running again, only then it will be a good place for business and home to future success stories.

Q: What do you think is the future of the industry in Latin America?

A: Right now it's hard to speak about Latin America as one. As I mention, in Venezuela there are many obstacles to overcome first to be able to be competitive, but then its neighbor Colombia is a completely different story and there are many interesting developments there as well as in many other countries. Today we have many successes in mobile and indie already as well as having participation in some big games. But these are made by the many small studios around the continent. They will continue to produce hits, but in order to grow into bigger projects that inspire people, draw more funding and really call the attention of the next generation to stay in Latin America and grow, we need to keep pushing towards bigger things.

Q: What would you recommend to any Latin American interested in making video games?

A: Make games, investigate and get involved in the community. Today there are just so many ways to do it, so many different markets and business models, plus the industry is so huge that you can pick so many different paths. Choose your own according to where you want to go, that may be mobile, indie, AAA, VR or whatever comes, as long as you are passionate and true about it you'll find your path.

Q: What are your plans for the future?

A: I'm working with other developers in Latin America, especially in Colombia towards that goal of growing into a bigger developer able to tackle much more ambitious games. Right now I think the path there is through alliances where we can pool together some of the talent that's somewhat scattered across the continent. I've been meeting tons of fantastic, talented people willing to push the envelope and it’s been incredibly inspiring. Today we are working on a very interesting VR title that we should reveal next year and it's looking pretty amazing.