"The three most important thingsin a driving game = are the car, what youï¿½re driving on, and the thing youï¿½re driving underneath. That means the sky is actually super important."
Bryant Francis
Senior Editor
June 23, 2016

One of the standout features in Playground Games' new racer has nothing to do with the cars or the roads--the skies are eye-poppingly gorgeous. During a gameplay demo at E3, creative director Ralph Fulton explained that to create the game’s breathtaking firmaments, the development team spent several days in Australia with a custom high-dynamic-range (HDR) camera rig to capture footage of the sky and import it into the game.

The process is sort of similar to photogrammetry, a technology that multiple large developers have used lately to effectively scan real-world objects into their games. (DICE was able to scan old Star Wars props into Star Wars Battlefront to create props and costumes for characters.) And it looks like the technology will be getting more use, if Playground Games’ work is any indication.

Speaking to Gamasutra, art director Benjamin Penrose explained that Playground Games went all the way down under to get real skies to put into their game in order to help create a strong visual hiearchy for players “When you’re playing a driving game, the three most important things are the car, what you’re driving on, and the thing you’re driving underneath. That means the sky is actually super important.” 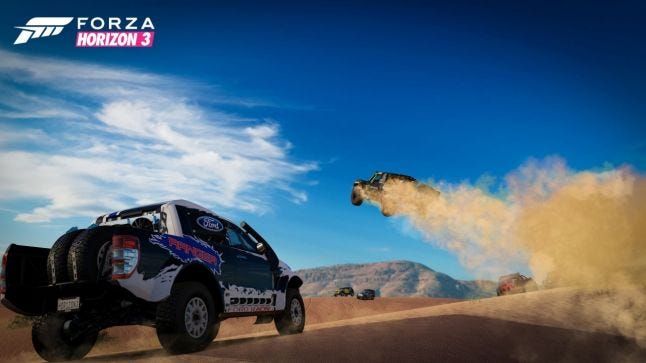 Penrose says that since the photography team was able to capture on-location lighting using HDR photography, they were able to import the HDR photos and build a lighting system that was closer to natural outdoor lighting, and create a set of images they could import into the dynamic weather system they created for Forza Horizon 2.

"You see storm clouds starting to build on the horizon, and it's actually going to drive rainfall in the environment."

“All the weather systems we put in place for that game hook into the same system perfectly, so it’s like a new data input it," he says. "You see storm clouds starting to build on the horizon, and it’s actually going to drive rainfall in the environment.”

Which means, of course, that the Playground Games team actually had to sit in Australian thunderstorms and blistering hot days in order to capture these skylines.

It’s a grueling process, but Penrose says one of the biggest technical challenges was actually the act of photography itself. “Anybody can go out with a camera and take a high dynamic range photo, but the thing that we’ve pushed is the ability to start taking photos at low light, at night, all the way up to midday when the sun is at its most powerful.” 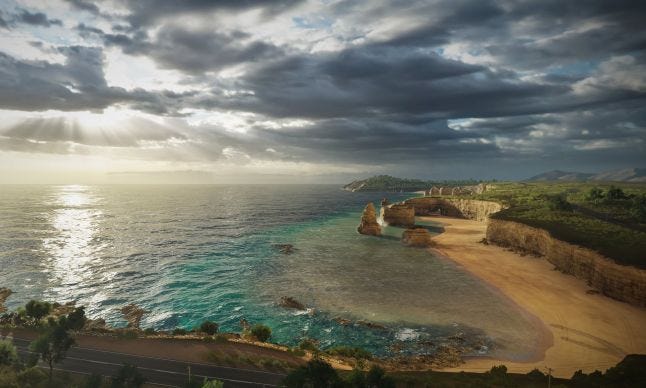 "We had to be constantly changing exposures, lens filters, all that kind of stuff. The whole rig has to adapt to each time of day."

“That involves some really complicated work,: he adds. "We had to be constantly changing exposures, lens filters, all that kind of stuff. The whole rig has to adapt to each time of day.”

Penrose also says the art team spent time in the Australian Bush photographing the trees, rocks, cliffs, and more to import into he game. It’s an interesting shift in the way games like Forza handle their art pipeline systems, and a big indicator that aspiring game artists may need to start expanding their technical skillsets.

And amidst all the discussions about why Xbox is creating the more powerful Xbox One, it’s also an indicator that the company may be gunning to catch up with the HDR TV market, which would be able to display the full lighting capabilities of this new Forza Horizon tech. 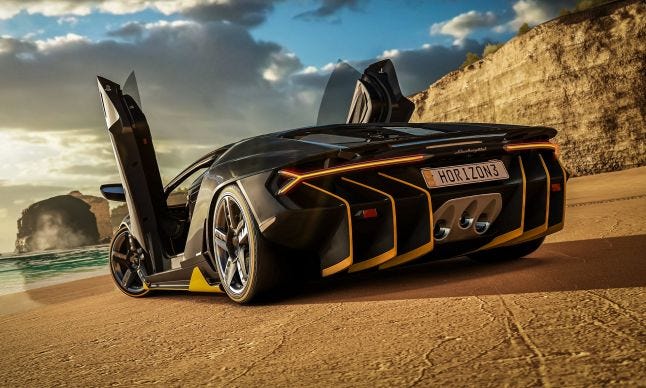 The Forza series may be a series about driving ridiculous cars with your friends across giant open worlds, but for developers, it may be worth to watch this latest entry’s progress to see how its technology may shape the industry.