How to make more than $150 million on Casual Games every month: King’s case study

According to statistics, King is one of the highest-earning mobile games’ publishers in the world, with average annual revenue of 2 billion dollars. What’s the secret of such success, and which marketing activities lead to the company’s welfare?
Kate AppFollow
Blogger
June 08, 2020

According to statistics, King is one of the highest-earning mobile games’ publishers in the world, with average annual revenue of 2 billion dollars. What’s the secret of such success, and which marketing activities lead to the company’s welfare? Mobile analytics company Apptica has dived into the topic and unveiled a few simple strategies to succeed in the mobile field.

The Swedish company, currently based in Malta, King was one of the first publishers to succeed in casual mobile games. Today, King owns more than 20 titles on the App Store and Google Play, including the Candy Crash Saga hit. This match-three mobile game was released in 2012 and became the main revenue stream for the publisher. The game also conducted to the widespread of match-three genre and saw countless replications.

However, the example of Candy Crush Saga is not only notable for its success, but also because the game still hitting the Top Charts, get installs and positive reviews, and generate huge revenue. 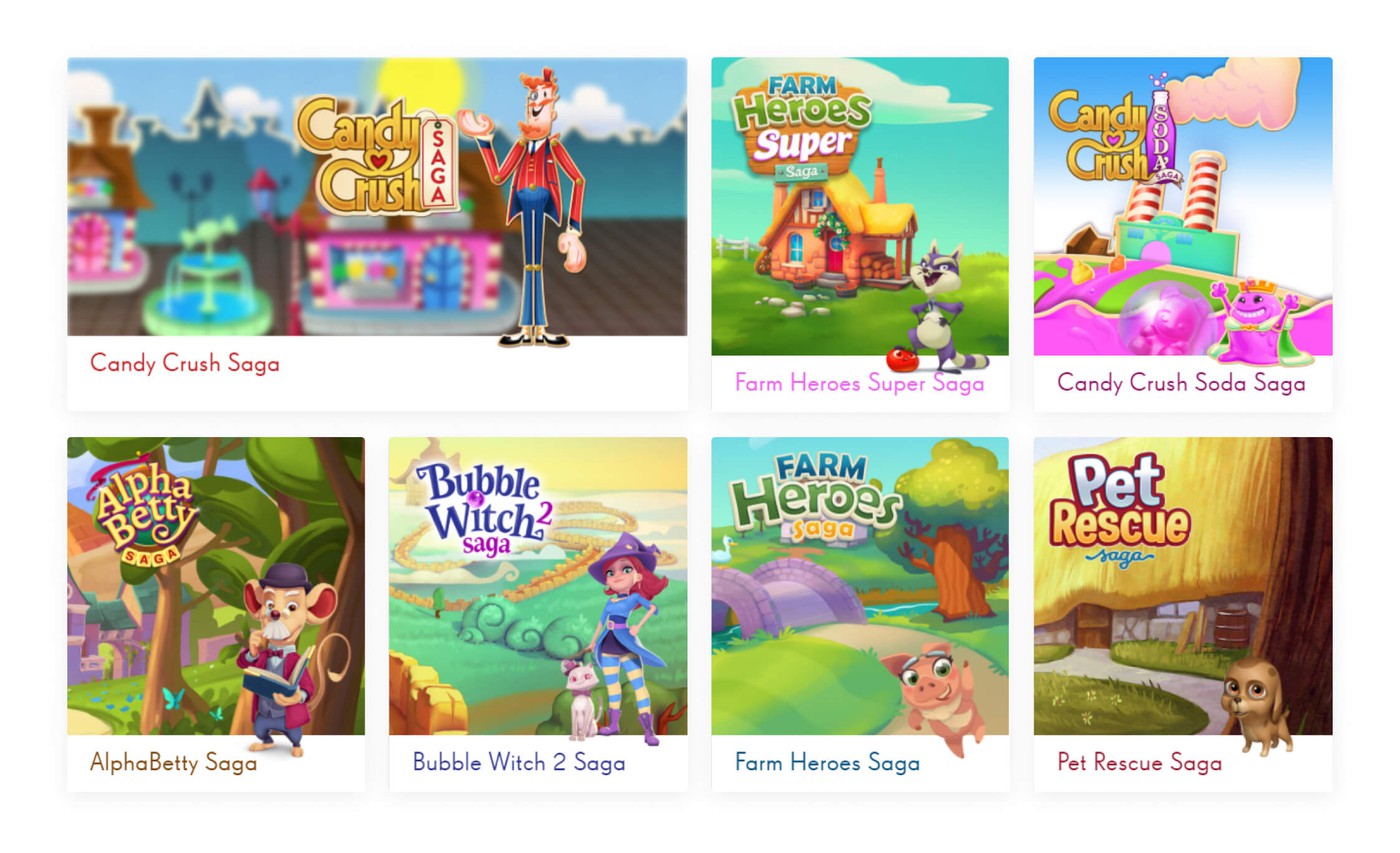 The main revenue is ensured by players from the US and Netherlands, wherein on the App Store US covers most of the income (67%). As for downloads, an iOS version of the game is popular in the US, UK, France, and Brazil, while the Android game is installed in India in the first place.

The crucial point here is that all of the mentioned above are IAP revenue only. In 2013 King declared to remove in-app ads and focus on the only income flow. As far as we know, the publisher never gave up this strategy. Somebody can say the publisher is making a mistake by declining one of the vast revenue sources. Still, King’s example proves that in-app advertising isn’t a must when the IAP flow is adjusted properly. This is confirmed by the example of another major publisher who refused in-app ads: Playrix. The company’s co-founder declared that ads generate less than 3 percent of revenue (meanwhile, both Playrix and Kind are active advertisers).

The success of such a company is surely a complex phenomenon that depends on many factors. Among them could be a brilliant UA strategy, taking a good niche, a competent distribution of human resources, and more. Let’s have a closer look at each of the factors.

Carving out a niche

The major factor that determined the King’s future is that Candy Crush Saga was the pioneer of the match-three games on mobile devices. Candy Crush Saga replicated the success of the Bejeweled browser game that was proclaimed to be “the most commercially successful and influential puzzle game in the genre’s history”. While the Bejeweled game was created for browsers, Candy Crush Saga became a sensation on the mobile market 10 years later.

Released in 2012, the mobile game combined puzzle gameplay and quiz mechanics, where every new level unveils the new story and challenge. It also exploited the candy’s theme, all of that has proven immensely lucrative.

One can say, the game’s success depended on luck: taking the popular but poorly explored game mechanics from the browser hit, moving it into App Store, and Google Play - one of the most lucrative casual titles in the history of mobile games is good to go. But it’s not that simple. Few people know that the Bejeweled hit was launched on mobile devices even earlier - in 2011. It’s still alive but doesn’t see such success as the King’s title. Why the legendary game couldn’t replicate its own success on mobile devices? Let’s dive in.

Luck may affect the success of the application, but only for the first little while. Trends come and go, even the legendary games become forgotten, and here is when UA comes into the picture.

According to the latest stats, King is one of the most active advertisers among casual and hypercasual publishers. The company never stops running in-app ads, acquiring new players, test ad creatives. For the last month, King has been rotating 1200 unique ad creatives on the App Store and over 600 on Google Play. Publisher explores different channels: mobile advertising, social media ads, influencer marketing, search ads, and more. Constant strategy improvement, attention to the latest trends, testing, and optimization allow the publisher to be among the best for 8 years already.

What about organic user acquisition?

App Store Optimization (ASO) is just as important as the paid-UA: every day millions of people are searching for games in the store — they all are potential players. King’s ASO strategy supported by the brand’s popularity: Candy Crush Saga ranks for a short list of keywords of low and medium popularity: candy, sugar rush, candy crush soda, and others. More than half of the keywords are directly related to the brand.

Among a wide variety of publisher’s titles, almost everyone is a match-three that one way or another repeats the Candy Crush story. Such a strategy saves developers and project managers’ resources and allows them to devote this time to maintaining King’s major hits. As we already said, even the most successful game will be forgotten without proper promotion, and heighten the players’ interest. The team is constantly working on the game: adding new levels, creating characters, and challenges. One might wonder, how a casual puzzle can develop and change for 8 years in a row? King proves that everything is possible!

To conclude, creating a hit game isn’t enough, you should constantly develop and optimize it to get better user experience, improve retention, and increase ARPU. Only when the unique gameplay, proper UA strategy, and the progress come together, a mobile game can earn billions of dollars.

This article was originally published on AppFollow's blog.


Read how to monetize your app